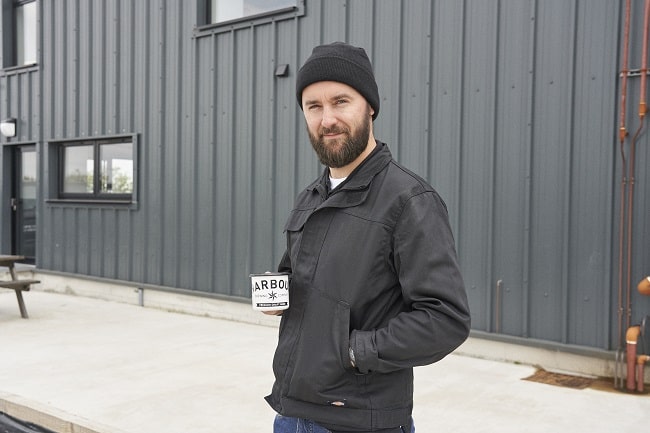 Born in Fort Worth, Texas 1922, Dickies are the world’s leading performance workwear brand. Made for the makers then and they make for them now; creating goods as hard-working and as honest as the people who wear them. Dickies know that across the trades they support, there are many people who are really passionate about their jobs and this new exclusive makers campaign is a way to celebrate that.

James from Harbour Brewing Co. calls having his own brewery being a craftsman. In his role he is a brewer, forager and maker, and he is also head of the new farm project. It’s not about seeing yourself as being wholly original or wholly new, it’s about being in a lineage of craftspeople who produce things because they love it and they respect the tradition and the skills it takes to make. 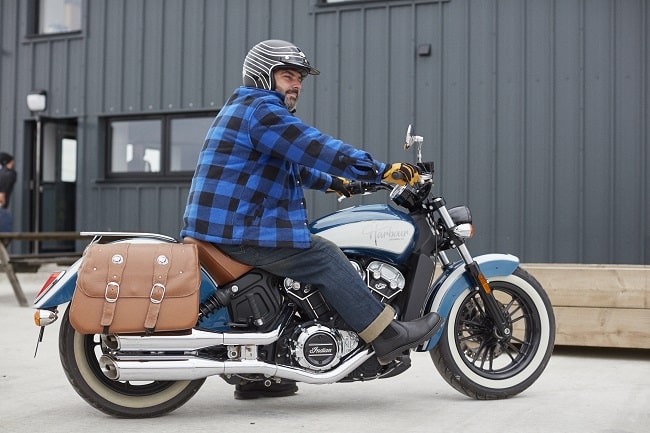 In 2012, The Harbour Brewing Co. was just a fledgling idea: to brew proper beer reflecting the land (and shores) from where it came. Taking the best raw ingredients - awesome hops, Cornish spring water tapped straight from the source - and bringing them to life through dedication to technique. One of his specialities is to use ingredients that are specific of the time and the place which really identifies them as a Cornish brewery. The concept evolved by the ocean - hence, 'Harbour' - but the beer came into being on the farm. There is joy in returning to the roots of the ingredients. And the heritage of the space, of the land, of the ocean, remain their inspiration. Everything clicks; the farm is Harbour's home. 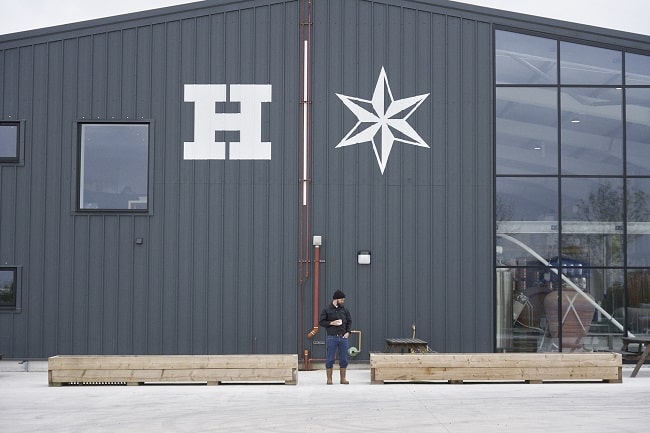 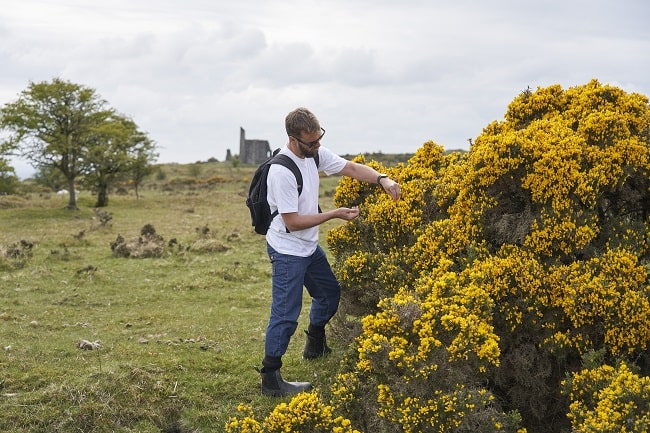 “I went to uni to study fine art and I left wanting to be a craftsman and I see now what I do now as being a craftsman . We have invested in a 30bbl, ABE four-vessel brewery: twenty-two fermenters, four conditioning tanks, one bottling line and one canning line - we turn out one-can-per-second. A 5bbl automated experimental brew kit with 4 fermenters, 2 conditioning tanks, 3 foudres, amphora, oak open top fermenter and we will carry on investing in our future.” 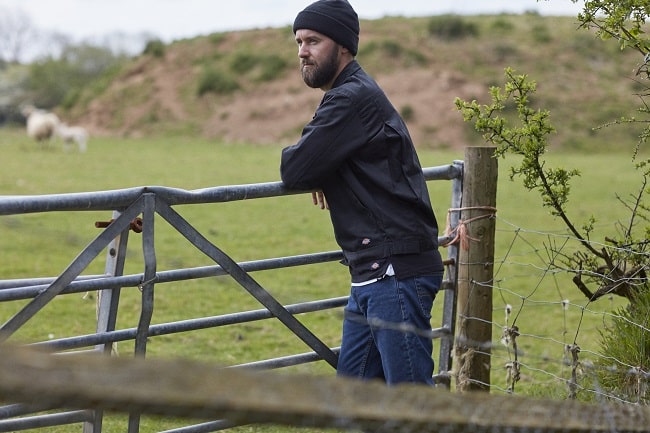 “I came to Harbour in February 2018, so about 18 months ago. I was running a brewery of similar size in London and after being in London for 10 years me and my girlfriend were ready to escape the city and move to the countryside. Day to day work is really broad. I go from all the stages of producing beer to looking after our livestock, to farming the land on our farm, to being out there talking to customers and representing the brewery. I've known the founder Eddie through the beer scene for years and we had talked about the farm and what could happen there in the future. Then about two years ago things started to line up. I was ready to leave London and Harbour was ready to start the new R&D project.” 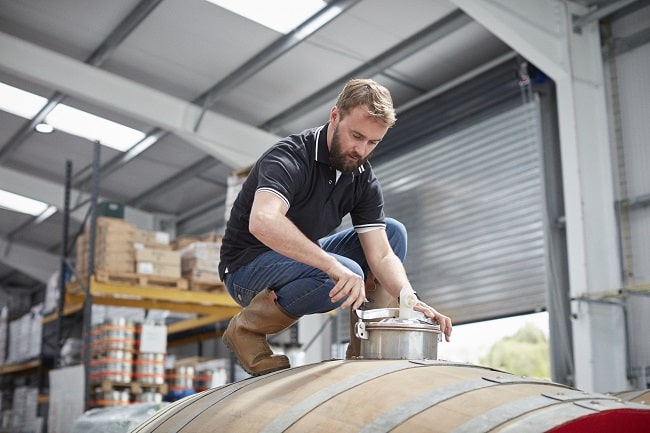 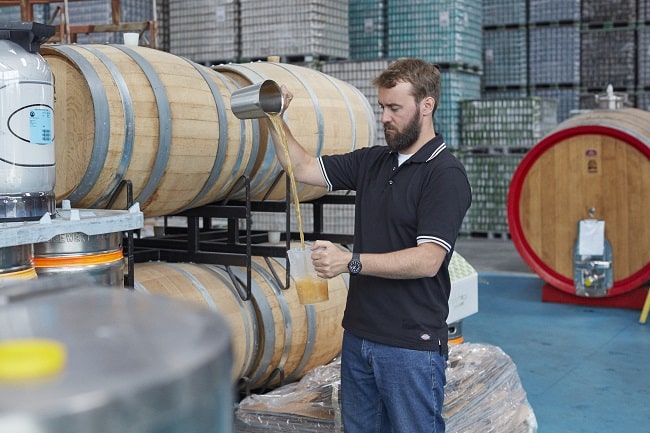 “When you do the thing you love as a job it never stops. With the farm being a big part of my job, I spend a lot of time at work being outdoors and that’s something I love because in my time away from work I love to be outdoors It’s been a big change in every part of my life going from my 20s in East London to living in a beautiful little town on a river that runs to the sea doing my dream job exploring what fermentation that’s tied to where it’s from can produce. You can do something that’s great that’s really worked out well but straight away you’re thinking what’s next? How can I improve? What can I do better?" 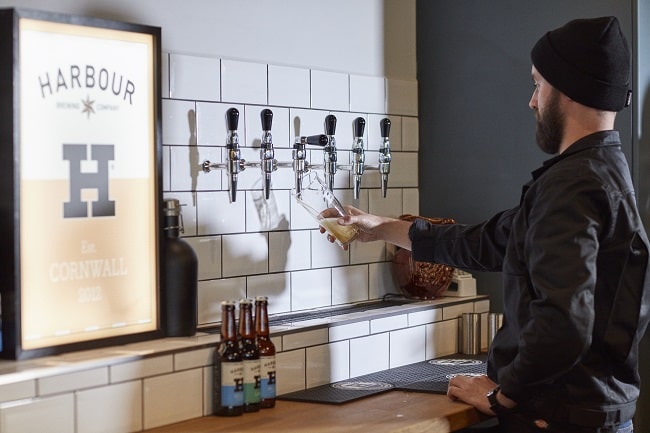 James from Harbour Brewing Company calls having his own brewery being a craftsman. It’s not about seeing yourself as being wholly original or wholly new. It’s about being in a lineage of craftspeople who produce things because they love it but they respect the tradition and the skills it takes to make.