WHAT’S HOLDING YOU BACK FROM SEEING THE WORLD?

Written by Menswear Style in Travel on the 23rd October 2019 / What’s Holding You Back From Seeing the World? 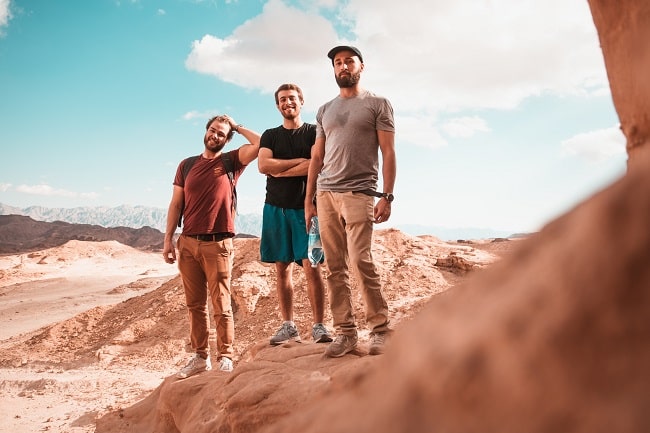 There are few things in life better than getting the chance to travel and see the world. Not only does it offer you exciting and moving experiences that you're going to be able to carry with you for the rest of your life, but it also helps you open up your mind to new experiences and cultures that you might never have previously imagined. However, there are many people who might otherwise feel incredibly positive about the idea of being able to travel but refuse to take a step towards doing it themselves. The reality is that there are hundreds of excuses that people make every day for why they can't get out and explore the world around them. Of course, it hardly takes a genius to realise that most of these excuses can easily be worked around if you think about them for a few moments. And yet, despite that, a lot of people insist that being able to travel is simply impossible for them. In order to help you break out of that mode of thinking, here are some of the most common excuses that people make for why they can't travel, and how you can easily get around them.

Not knowing where to go

One of the most obvious and common reasons why a lot of people might feel as though they're unable to travel anywhere is that they simply don't know where to go. This might seem like a simple choice but, if you're only really able to travel every once in a while then where you go can be a huge decision. The best way to narrow down those possibilities is to do as much research as possible. There are plenty of places online where you can go to search out not only the best travel destinations, but the best destinations specifically for you and your preferences. Think about the kind of trip you want to take. Is it something active or do you want to spend the entire time relaxing? Those kinds of questions will help to guide you towards the perfect destination for your travels. 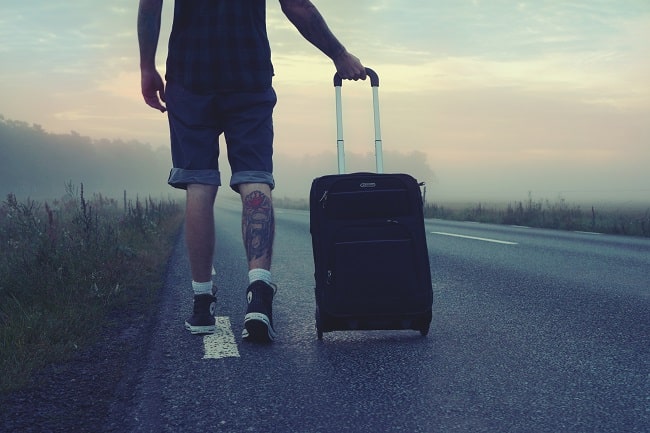 This is probably the most common reason that people give for why they can't go travelling or take trips to places that they want to see. And, at first glance, it's a pretty good reason. After all, whether you like it or not, money pretty much makes the rules as to the things that we can and can't do in our lives. However, just because you don't have the budget for a huge trip to somewhere expensive, that doesn't mean that you're not going to be able to discover new places. There are plenty of ways to save money while travelling. If you look at places that aren't as well known or popular, many of the costs are going to be much lower than more popular destinations. The same goes for different times of the year. If you travel during a period when things are very quiet, then everything from flights to accommodation costs are going to be much, much lower. Not only that, but there are plenty of things that you can do to save money while you're on your trip - like planning where you're going to eat in advance and keeping a close eye on any spending that you do while you're there.

The idea that you can't go travelling because you don't have anyone to go with is completely ridiculous. Sure, there's something great about being able to take a trip with your friends, family, or partner, but that doesn't mean that you can never travel solo. Discovering new places and cultures on your own can be one of the most wonderful experiences of your life as you are able to discover yourself completely removed from your personal context. There really is no better way to get to know yourself just that little better. Not only that but you don't have to worry about anyone else while you're travelling if you do it alone. There are plenty of travel companies that provide holidays that are specifically designed for people travelling alone. On a trip like this, you don't have to worry about anyone else, and you can focus exclusively on doing whatever you want. 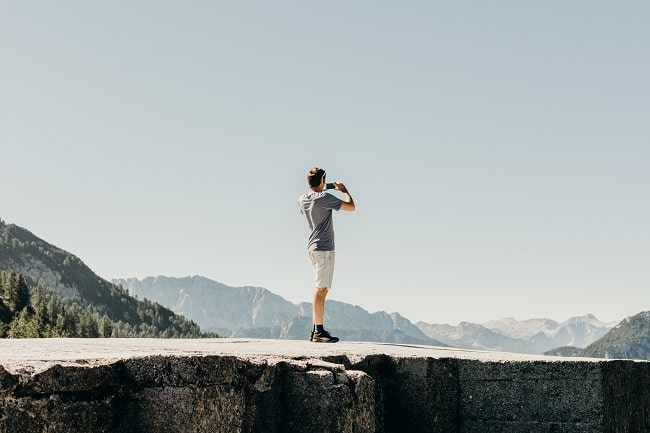 "I'd love to travel, but I just don't have the time!" is one of the most common excuses that you're bound to hear and at first glance, it seems fair. After all, the modern world is one that moves at an incredibly fast pace, and it can be a real challenge to balance everything going on in your life. Between work, family, and trying to hold onto some semblance of a social life, the idea of being able to take a trip on top of that can seem impossible. But it's important to remember that you don't need to take huge long trips if you're really busy. A weekend away here and there is not only going to be pretty easy to fit into your schedule but it can also help to save you a pretty hefty amount of money. Don't assume that the only valuable trip is the kind where you go away for months at a time. It's far better to make sure that you're really making the most of the time you spend travelling rather than trying to get as much time away from home as possible. Of course, that's often a little easier said than done.

A lack of direction

One of the things that leads to a lot of people feeling somewhat anxious about being able to go travelling is the idea that they're not going to be able to make the most of the time that they have in a new place. After all, if you're not in a position to travel all that often then you're going to want to make the most of it when you do get the chance. However, there are few things more anxiety-inducing than going away to somewhere you've never been before and feeling as though you have no idea where to go or what to do. You spend the entire time trying to figure out the best things to do and before you know it you've run out of time completely. One of the best things that you can do in order to help avoid that kind of problem is to travel somewhere as part of a tour. Plenty of places that might otherwise be utterly foreign to you are far easy to navigate when you have a guide. Things like Jordan tours take a huge amount of the confusion out of any trip that you might want to take. You can just enjoy taking it all in, safe in the knowledge that you're ending up in the right places every time. 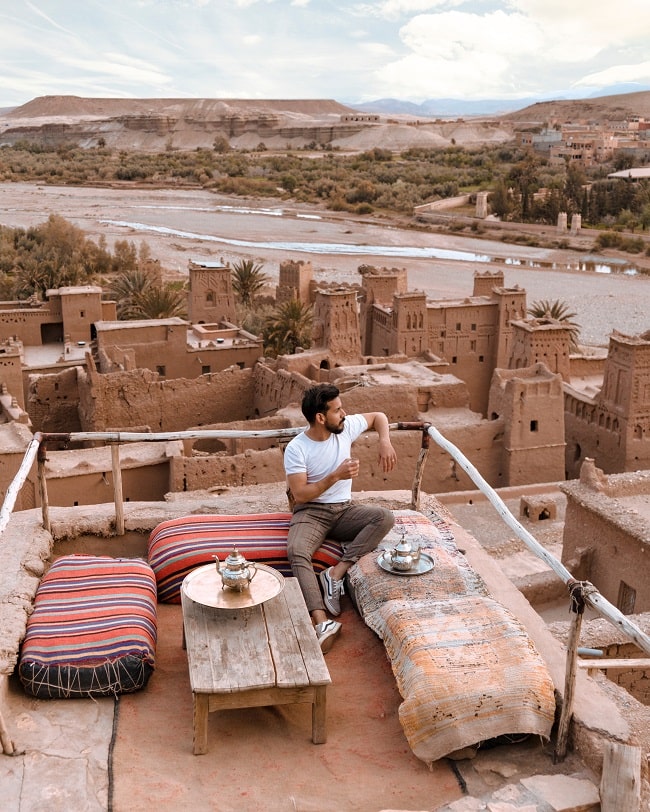 This is the root of why most people actually put off taking the trip that they really want to go on. In fact, fear is the real reason behind most of the reasons people give for avoiding the things that they want to do in their lives. And it's kind of understandable. After all, the idea of travelling to a completely new place can be incredibly scary. You're away from everything familiar and comfortable, and you're thrown into an environment that you don't know well and where you may not even be able to speak the language at all! However, the important thing to remember is that most of the best things in life are going to cause you at least a little bit of anxiety and fear before you do them. Just because something is scary doesn't mean that it's not worth doing. In fact, if you're at least a little bit worried about something, then that's a pretty good sign that it's something that's really worth doing. Of course, if fear is standing in the way of your travel intentions, one of the best things that you can do is to make sure that you plan everything as carefully as possible well in advance. That way you're not just throwing yourself into an unfamiliar situation without being even slightly prepared and you can predict any problems that you might run into.

Of course, there's nothing wrong with simply not wanting to travel. After all, not everyone has to be passionate about the same things. However, if you do have the opportunity to see the world then you really should. Far too often many of us spend our time really wishing that we could get out into the world and see what it has to offer, but we feel like there's something standing in our way. The most important thing to remember is that many of the things standing between you travelling the world can be worked around as long as you're willing to put in at least a certain amount of effort. There's nothing quite like being able to expand your mind by seeing all of the incredible things that the world has to offer you.