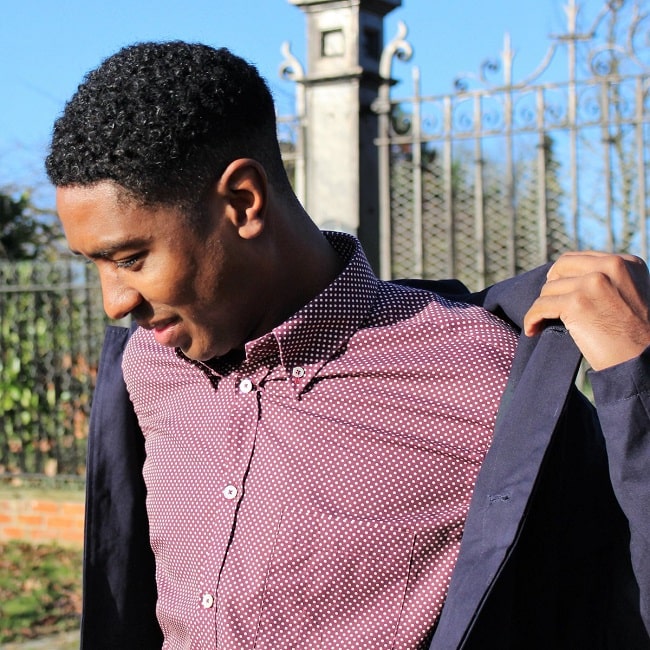 A style born from the working classes forms the heartbeat of menswear brand Pellicano. Referencing the sharp style, charm and attitude of those who arrived during the Windrush, combined with the dapper get-ups that were driven by the blues and jazz scenes, help to form a look that harps back to the days when people dressed well in difficult times. The man behind the Pellicano name is East London born lifelong music fan Mick Rose, a teacher who remembers the multi-cultural hot-bed forming in the East End including the days of sailors arriving from all over the world at Victoria & Albert Dock.

“What has always stuck with me is the black and white photos of family members of that time: smart suits, shirts and ties and neat haircuts. A cheeky smile and that look of pride and self-confidence,” says Rose. “They had it tough but still made the effort to dress in their Sunday best. Just look at the pictures of the West Indian travellers first arriving from the Caribbean in 1948. It was an occasion for those people to arrive here, so they wanted to look their best - an attitude I have tried to take into Pellicano.” 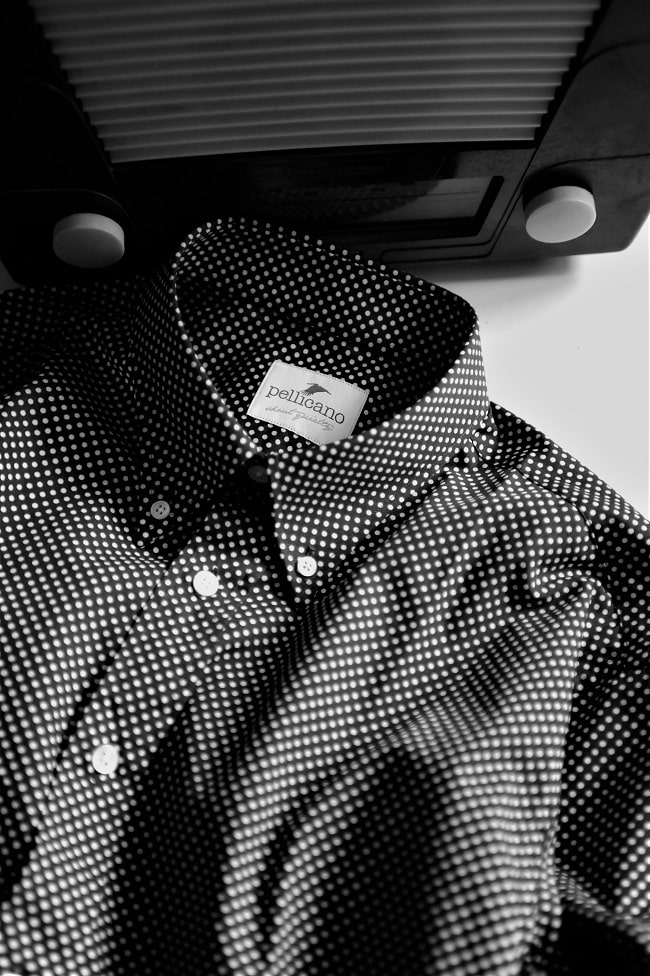 That pride in appearance formed an innate passion in an authentic and organic style born from the surroundings he lived in, where individuality was important from the beginning. “I remember at school that subcultures were strong: soul boys, casuals, mods and punks” adds Rose. “The kids with West Indian heritage had a strong sense of style too and I took influence from them all.” Another key point in informing his style came after seeing popular 2 Tone and Ska band The Specials on Top of the Pops. It was at this point Rose became a ‘Rudeboy’ and remembers kitting himself out at Romford’s Mintz and Davis - THE place to go in the area - for the latest street style and Italian sports clothing, which has since ceased trading. The terraces at his beloved Upton Park also became an influence, where people had always dressed up to attend matches - a particular love of old photos of fans in shirts, ties and caps sticking in Rose’s mind, as well as the days of the ‘casuals’. 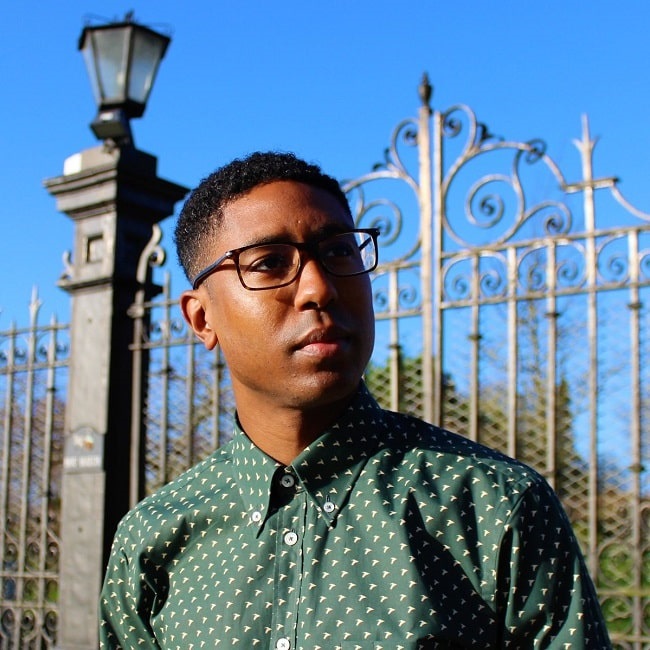 Pellicano’s eclectic mix of sharp styles has come together from all these different influences, inspired from working class culture both in Britain and abroad - clean living under difficult circumstances. “I remember in 2014, Guinness ran adverts highlighting the ‘Sapeurs’ of the Congo – working class people who dress in their best to dance and enjoy themselves after work,” says Rose. “It doesn’t matter if you are in Naples, London or Detroit. It is about pride and self-respect, this informs the Pellicano brand,” he adds. Pellicano’s style takes great influence from the late 1950s, early 1960s. The laid-back Rivera style, scooters and jazz sounds of Miles, Monk and Baker all mirrored in the melting pot of London’s Soho. Italian Neorealist and French new wave came together with the style of icons including Alain Delon and Marcello Mastroianni, reflected in England by the likes of Terrance Stamp and Vidal Sassoon. Incidentally, one of Pellicano’s first shirts the ‘Marcello’ is a remake of the one worn by Mastroianni in ‘La Dolce Vita’. 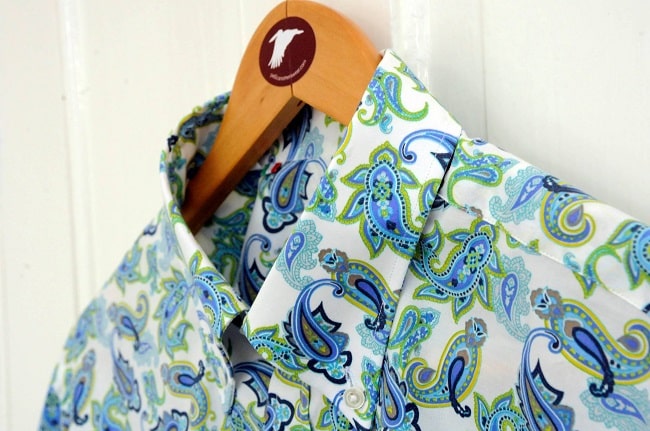 “Pellicano is a celebration of that and the attitude of the common man: to always present yourself with pride, dignity and individuality - keep your head held high,” says Rose. With quality, ethics and individualism sitting at its core and without the hefty price-tags that go with so many of today’s brands, Pellicano pieces are hand-crafted in limited editions with that ‘save-up to look good’ mentality remaining prominent. With a target market that stretches across an age range from late teens through to those in their 50s, Pellicano is perhaps a lifestyle first more than just a product, aimed at those with a fire and willingness to be individuals - leaders rather than followers. “This is said all the time, but it’s more than just ‘being a leader’,” stresses Rose. “Pellicano should conjure the emotion of those stylised days gone by. We all have our own memories, especially of family members - the smells, the warmness, the music and general good feeling. Pellicano is truly all of those things wrapped up into a menswear brand that has a real difference. It is great quality. The cuts and fits are genuinely detailed, and the price point won’t cause palpitations,” he adds. 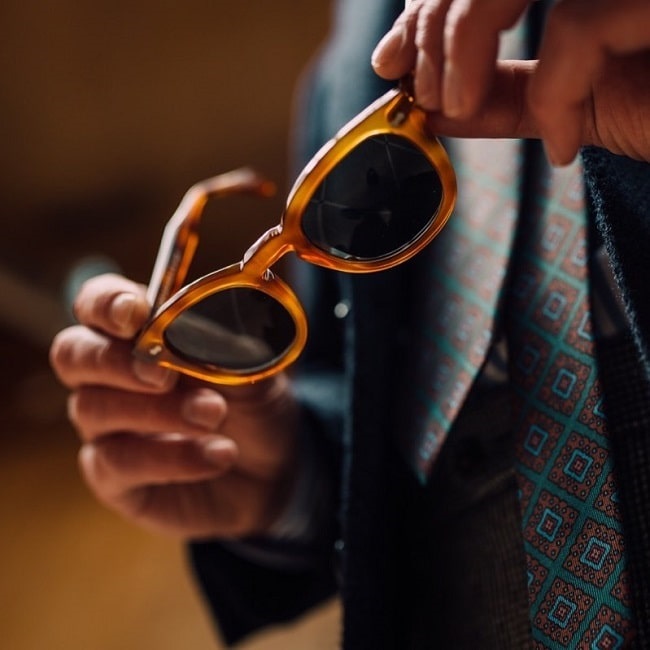 Made between the UK and Italy to limited edition runs of 50, Pellicano menswear product is carefully crafted to produce a look that is a coming together of various styles and cultures. Producing a series of their own shirting, Pellicano also features like-minded brands on their website ranging from French brand Armor Lux, Made in Italy Eyewear brand The Bespoke Dudes, through to baker-boys hats from the Sicilian capital of Palermo. With an admiration for brands including Brioni, Pellicano aspires to the traditions of excellence in craftsmanship built on the foundations of trust. “There is a belief in our attitude to style and individualism as well as to feel important. We strive to treat each customer personally,” adds Rose. In addition to the e-commerce platform, Pellicano will take the latest collection on the road through pops-ups and eventual trade shows with an aim to expand the shirting offer into knitwear, outerwear and blazers as well as an increased variety of shirts.