IN CONVERSATION WITH JONNY GARRETT OF WILLIAM WOOD WATCHES 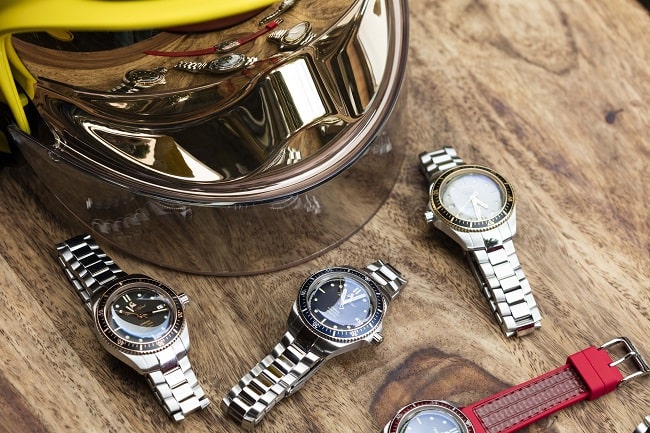 William Wood Watches is about to launch their highly anticipated new automatic Valiant Collection on 1st December 2019. The first watch of its kind to have watch straps made from British fire hose in red or yellow which has provided over 10 years of service to the UK Fire & Rescue community. You can still smell the smokiness in the rubber.

What's just as impressive is that without these straps the watch head is bursting with British firefighting heritage. With a 1920s British brass firefighter helmet melted into the crown all crafted in London's beating heart of jewellery making in Hatton Garden. 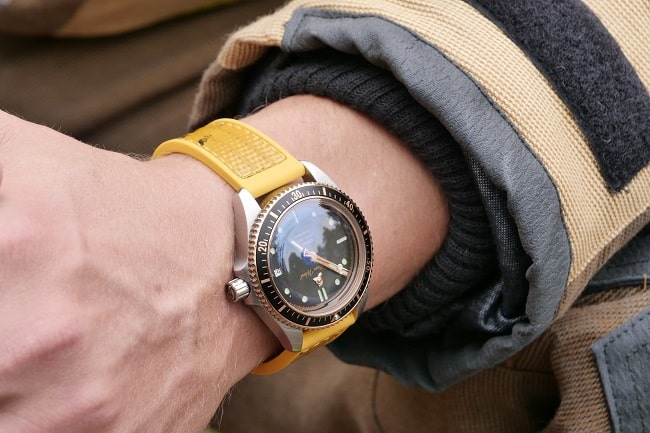 The 12 indices represents the two collar markings on the lapel of a Fire & Rescue Service Crew Manager. The chequered markings around the outside of the dial mirror the markings from a British fire engine. The second hand takes inspiration from the chime of a vintage fire bell, with all hands and indices Super-Luminova allowing you to tell the time in the dark. William Wood Watches have tinted the double domed sapphire crystal glass blue as a tribute to the founder's grandfather’s tenure on the blue watch, and the turning bezel traditionally used by divers for oxygen capacity can be used for a firefighters oxygen tank. 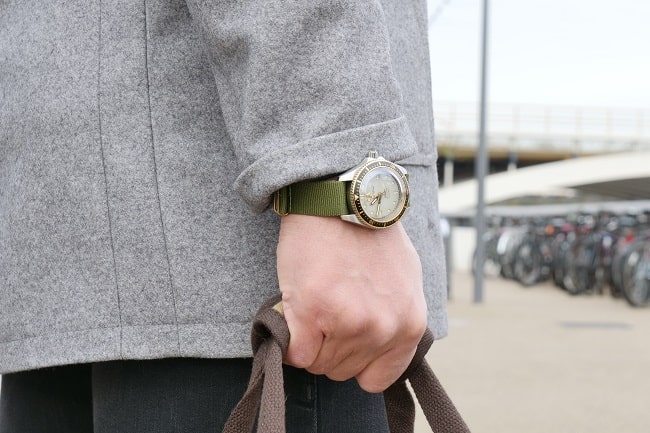 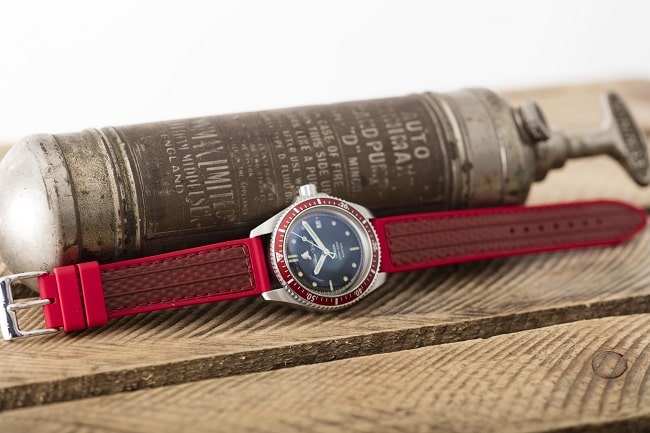 Can you please give us a little history of your watch brand?

“I’ve always been very entrepreneurial and into my watches. I always thought that if I was going to take that leap into running my own business, it would have to be something that would get me out of bed on a morning. Someone who was a big role model in my life was my grandfather William Wood who served in the British Fire Service in Newcastle and Gateshead for 25 years. Through running William Wood Watches, I’ve been able to meet a few of his old colleagues who’ve said he was a natural born leader, a charismatic guy and quite chivalrous. So, I had an idea back in December 2016 to set up a watch brand, and a unique and special point of difference about the watch is we upcycle original firefighter materials to put into the watches.” 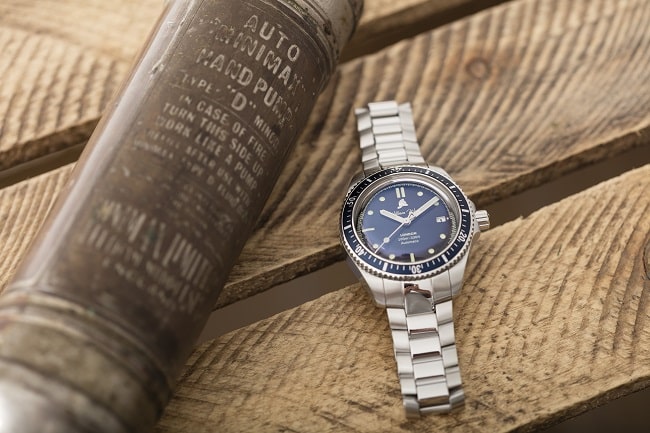 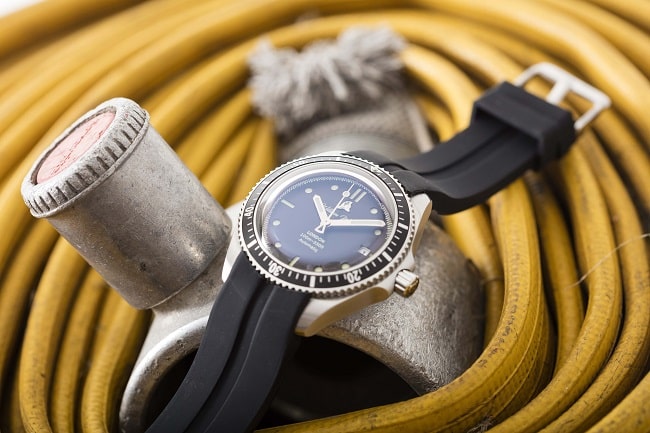 “The first collection was via a Kickstarter campaign and that journey was insane, because you are literally going from an idea you’ve sketched out to bringing it to life without any watchmaking knowledge or experience. I first thought of the idea in December 2016, then on the 1st of January 2017 I set up the @williamwoodwatches Instagram page where I would share pictures of elements of watches that I wanted my watch to be like. Through this I had collected email addresses of people that were hungry to buy my product. So, I had to get to the stage where I had a prototype that I could launch on a crowdfunding platform and click send on an email to thousands of people and drive a captive audience to my watch page. Then in March 2017 I took my designs and found a proper watch designer through a website called PeoplePerHour. This watch designer originally worked for Lego watches, both designing and producing their watches." 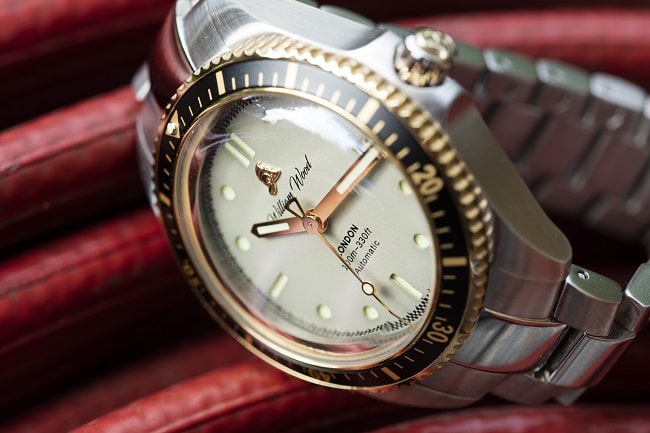 "Together we went to Baselworld in Switzerland that same month to try and get some watch suppliers onboard with just our sketches. We had to make out as though we were bigger than we actually were because we had no collection and no experience. At the end of the day we had secured some world-renowned suppliers and manufacturers of watches, straps and presentation boxes. From then on, it was game on. From that moment it was all about building the prototypes with back and forth sampling with my factory. Then 1st of August of that year was the day we went live with our Kickstarter campaign. The aim was £25k to make the first 500 watches, but I successfully raised £27k in less than 7 days which was like fireworks going off in my mind. It had really brought the original idea life, and I was making and doing what I ultimately set out to do.” 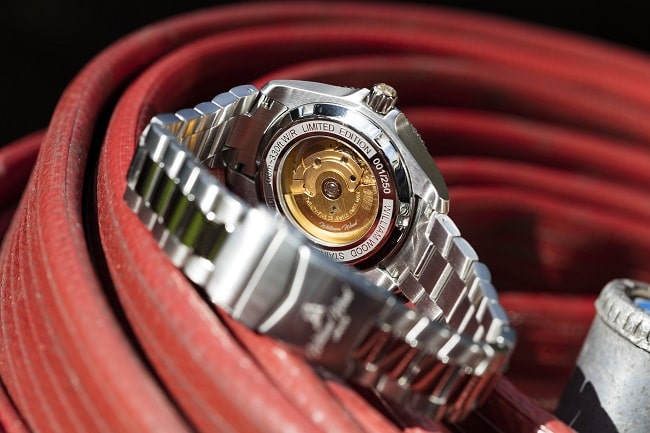 This is a shortened edit of episode 40 of the MenswearStyle Podcast with Jonny Garrett, CEO of William Wood Watches. Customers can visit their website williamwoodwatches.com now and choose their Valiant Collection specifications prior to their launch on Sunday 1st December 12pm midday GMT by completing their pre-order survey.