A GUIDE TO UNDERSTANDING UPCYCLED FASHION 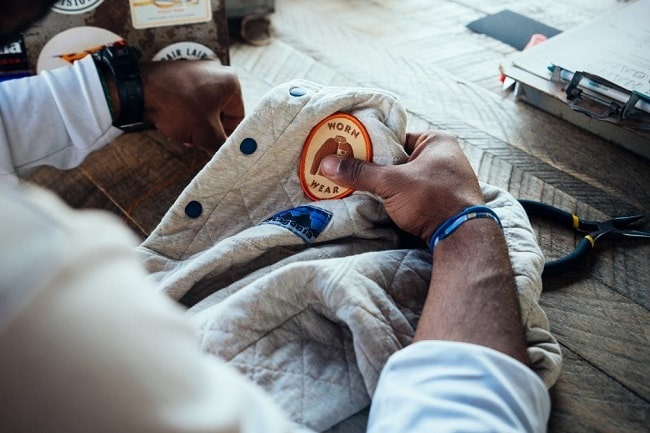 In the fashion industry, shopping sustainably is harder than it looks. “Green washing” practices, like highlighting the percentage of organic cotton or dyes used, doesn’t factor in all the other steps – perhaps wasteful or polluting – going into the garment itself. Then, recycled fibers might look environmentally friendly on the surface, but they don’t eliminate the harmful dyes being dumped into rivers or the energy consumption required to manufacture it.

Not so much to counteract this process but more toward repurposing older garments that might otherwise end up in landfills, upcycled fashion has seen an uptick in recent years. Do-it-yourself platforms like Etsy helped spark the trend close to a decade ago. Now that the fashion industry’s extensive carbon footprint is under a global microscope, and consumers have greater awareness of sustainable practices, major retailers have started getting in on the trend. While upcycling is far from a cure-all solution, it’s a small start toward eliminating the amount of waste both factories and consumers generate each year. 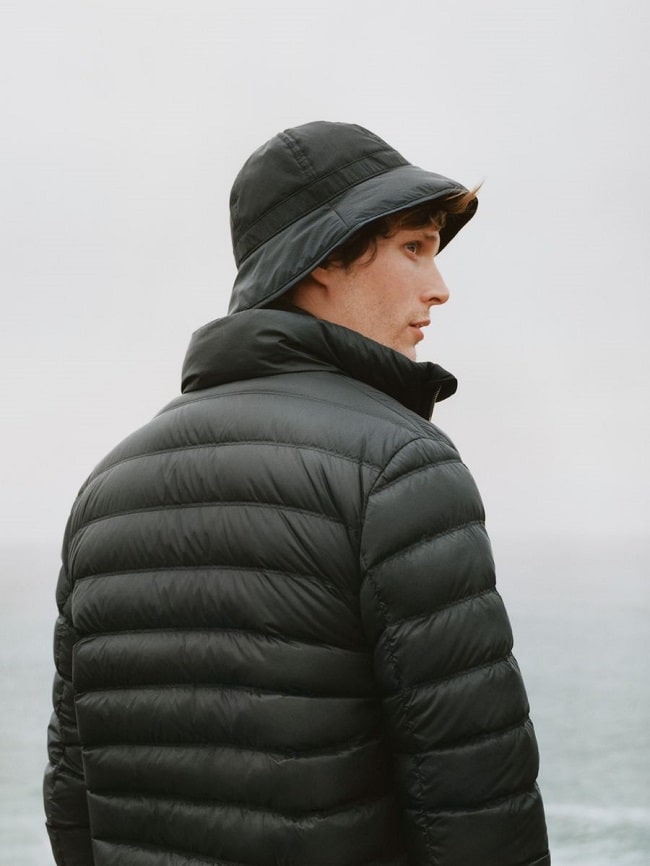 What Counts as Upcycled Fashion?

Upcycling is a subsect of recycling. Whereas proper recycling involves deconstructing the material – often something like a water bottle or another plastic item – and transforming it into something again usable, upcycling keeps the garments or fabrics as they are and, essentially, involves reusing or repurposing them. In many cases – as a browse through Etsy shows – upcycled clothing ends up as custom garments meant for wear. In other instances, the fabrics and other physical elements go toward an art project of some sort. By practice, upcycling utilises either pre-consumer – think deadstock fabric that, due to minor defects, is left at a factory, scheduled for a landfill, or the leftovers after a pattern gets cut out – or post-consumer – clothing already used that might’ve ordinarily be headed for a charity shop or the trash. Nothing about its construction gets broken down at the fiber level and, instead, generally gets repurposed in its natural state. On the other hand, not every upcycled item has a clothing-to-clothing or fabric-to-clothing pathway. 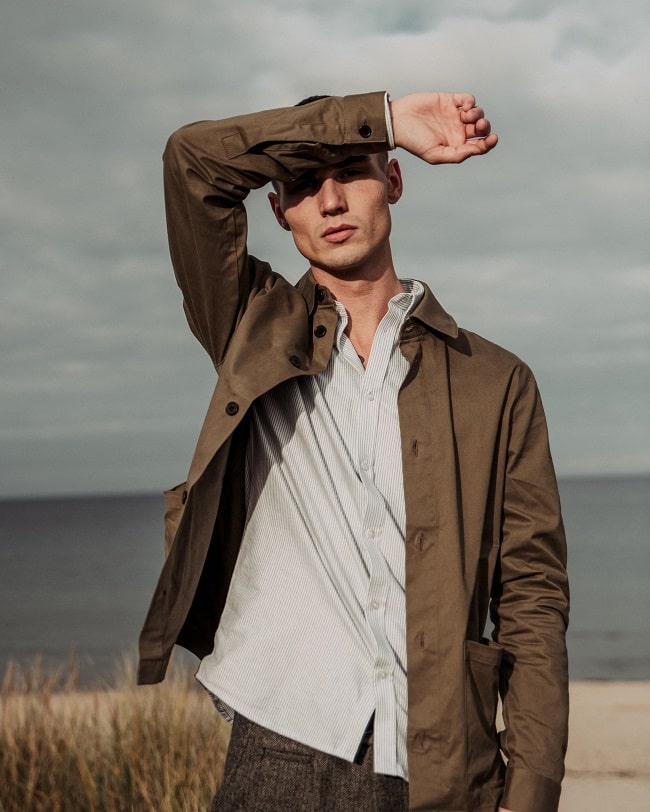 Another trend involves taking textiles not ordinarily used for apparel – think a car’s interior or upholstery fabrics – and turning it into a garment. Recycling, by contrast, tends to be a more time-consuming process. Distinguished as “downcycling,” recycling involves taking materials like plastic, glass, or metal that ordinarily may have been destined for a landfill and breaking them down to a point beyond physical recognition. The basic substance – plastic, for instance – is then used to create another object – for a few examples, RPET sunglasses or fleece made with recycled fibers – or be part of another’s construction. Between these two, upcycling is often defined as using existing materials to improve upon an item of clothing and takes items directly out of the waste cycle, while recycling appropriates reusable materials into something of equal, if not slightly lesser, value. 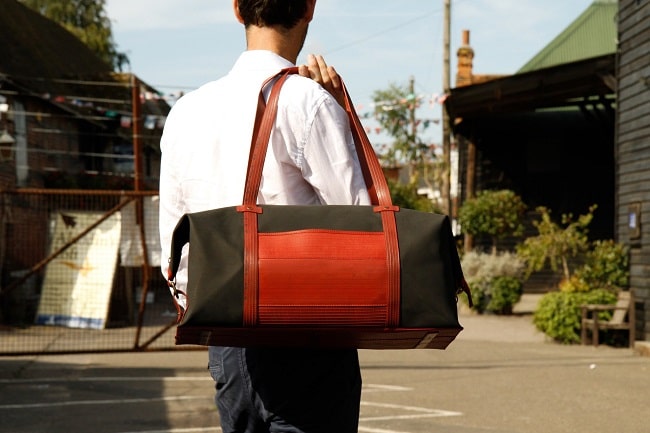 Why Upcycled Fashion is Needed

In more recent years, the fashion industry’s practices, and amount of waste created have come to light, and approach the oil industry in terms of pollution on a global level. Roughly three-fifths of all clothing ends up in a landfill or gets incinerated within a year of its creation. Based on figures from the Environmental Protection Agency (EPA), Americans alone create 15.1 million tons of textile waste each year, amounting to 70 pounds per person. This figure is nearly six percent of the U.S.’s total amount of solid waste generated annually. And, these numbers are just for the U.S. alone. China annually disposes of 26 million tons of textile waste. These numbers also don’t take into account how fabric and garment manufacturing affect the environment. Tons of water and chemicals are needed to grow a cotton crop, and that runoff eventually makes it into rivers. Factories in countries with fewer environmental regulations contribute to the pollution, by pouring dyes and other chemicals into local rivers. While manufacturing methods contribute to the bulk of this damage, consumers also play a role. Beyond the customer-driven demands of the fast-fashion industry model, consumers end up throwing out items that no longer fit, become worn, or simply aren’t fashionable anymore. Or, in thinking they’re being environmentally conscious and helping the local economy, they’ll donate items to second-hand stores. Although this method acts as a filter of sorts, just 20 to 30 percent of all donated clothing gets resold, and the rest still finds its way to the trash. 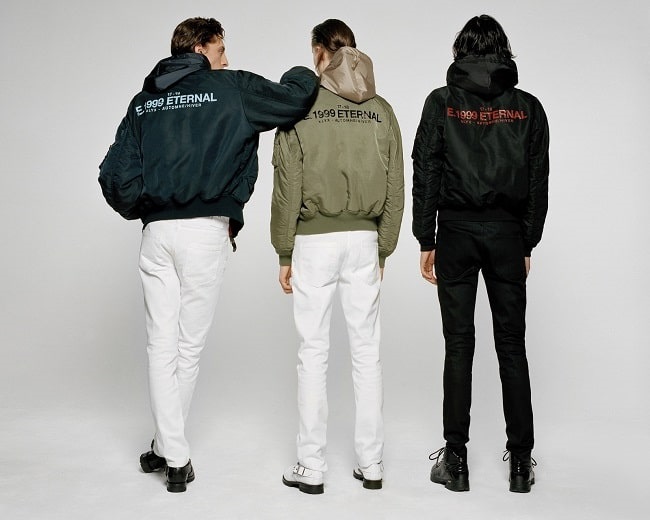 The Benefits of Upcycled Fashion

Upcycled fashion, big picture, is a drop in the global consumption bucket. Yet, it’s a development that, now gradually fuelled by major brands, is seeing its visibility increase for a multitude of reasons:

1. From a consumption and economic perspective, upcycled fashion gets people buying yet reduces much of the waste and resources required to create a garment from scratch. Consumers, in turn, can find styles that make them feel less guilty.

2. Added to the point above, upcycled fashion involves fewer raw materials, which lessens the damaging impact fabric and apparel production has on the environment, especially concerning carbon emissions, water usage, and chemicals.

3. It takes garments and other items out of the waste cycle, rather than creating new ones that’ll end up in a landfill or need to be repurposed in some other way.

4. Deadstock gets used, rather than cluttering a landfill and wasting valuable resources. It’s estimated that strategic upcycling could reduce up to 85 percent of textile waste.

5. It appeals to the need for custom items but doesn’t come with the price tag of new bespoke merchandise. 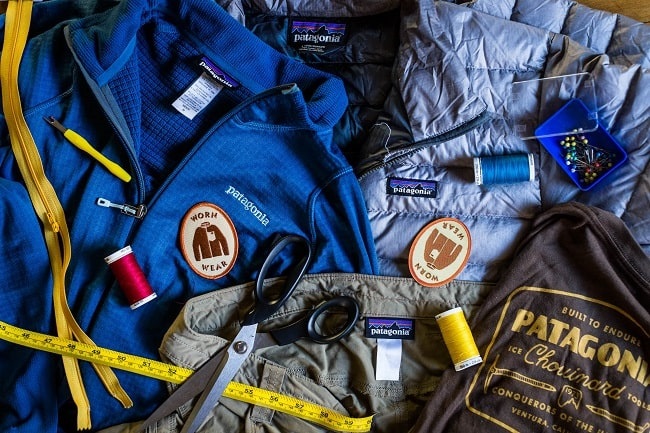 Among major retailers, upcycled fashion is still in its infancy. Yet, a handful of companies acknowledge its benefits, and have started making minor inroads:

Patagonia’s been ahead of the game. Starting in 1993, the company began using recycled water bottles to make some of its garments, and now, its fleece, shorts, and jackets contain recycled fabrics. Of all materials used, SynChilla – made by Polartec – features plastic water bottles turned into polyester yarns, which are then woven into highly insulating fleece. As well, the company offers to take back any items that can’t be repaired to be recycled and repurposed for other uses via Worn Wear. 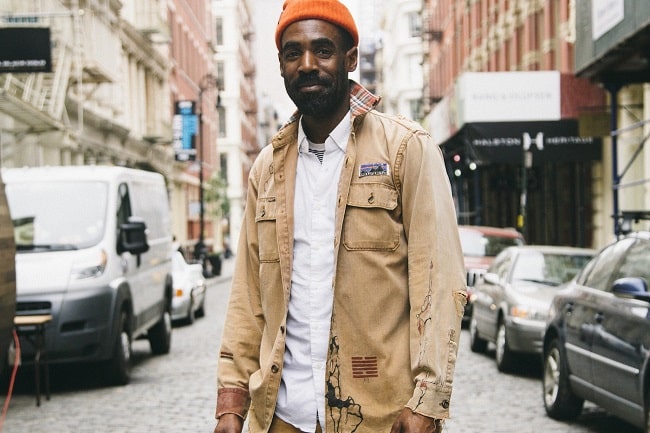 It’s odd to see this brand here, in hot water for its manufacturing practices and cultural appropriation on multiple occasions, but Urban Outfitters appears to be cleaning up its reputation with Urban Renewal (its upcycled clothing line). Urban Renewal essentially finds deadstock materials and turns them into clothing; however, because supplies are based on availability, Urban Renewal’s pieces are fewer in number compared to the rest of the Urban Outfitters line.

Another fast-fashion retailer. ASOS churns out the styles across its men’s and women’s in-house lines, but its Reclaimed Vintage selection has been around for a few years already. Generally, more reliable than Urban Renewal, ASOS’ Reclaimed Vintage line is exactly as it sounds – older vintage pieces get upgraded for the modern consumer. 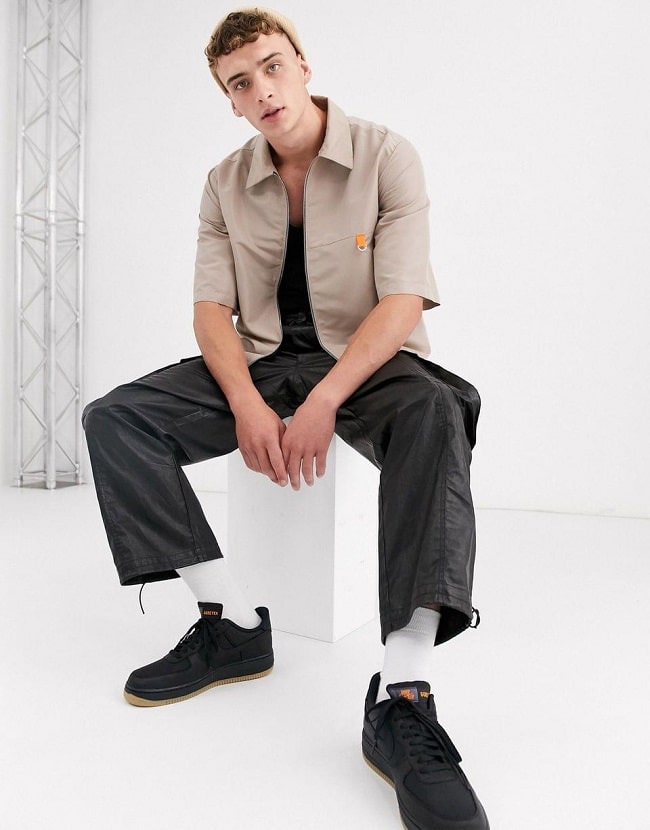 Located in Kent, England, this brand takes the “found” concept of upcycled fashion to a new level. Rather than taking older clothes and repurposing them, Elvis & Kresse finds discarded fire hoses, boat sails, coffee sacks, and even cardboard, and reworks them into durable, seriously textured bags, belts, and other accessories. If you remember those seat belt-shaped belts from the ‘90s, this concept falls right in line, but takes it up a level or two.

Matthew Williams’ 1017 ALYX 9SM brand has seen its profile rise in more recent years, due in part to greater demand for unisex fashion. Williams also developed his brand with sustainability in mind, and as its upcycled offshoot, ALYX Visual involves a collaboration with Recover Tex. Together, they transform pre-worn apparel and ocean waste into upcycled yarn, which is then used to construct T-shirts and hoodies. 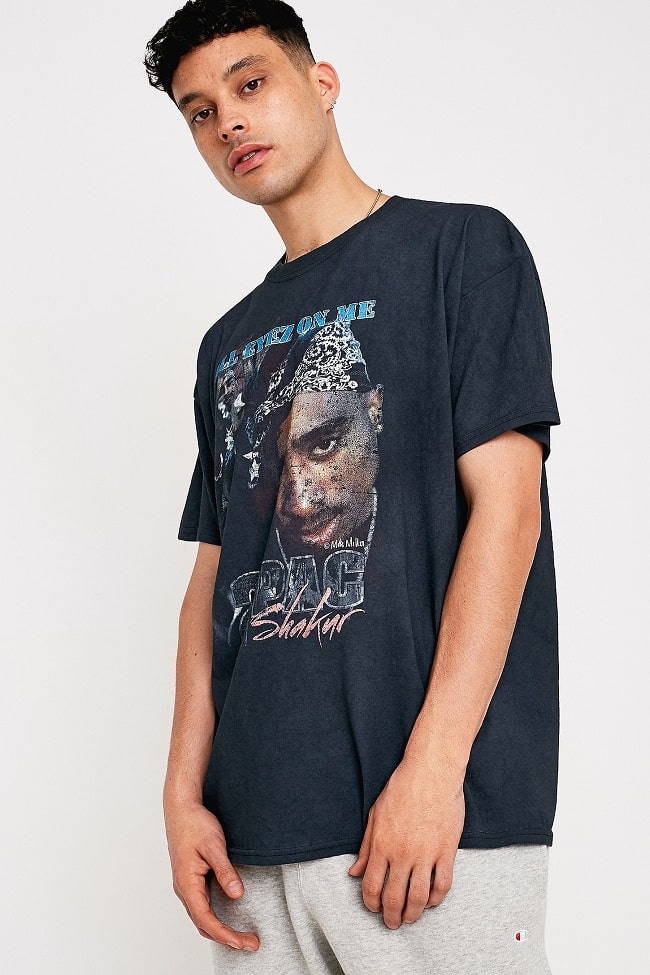