IN CONVERSATION WITH GUSTAV PETERSON & EMRIK OLAUSSON OF LIMITATO 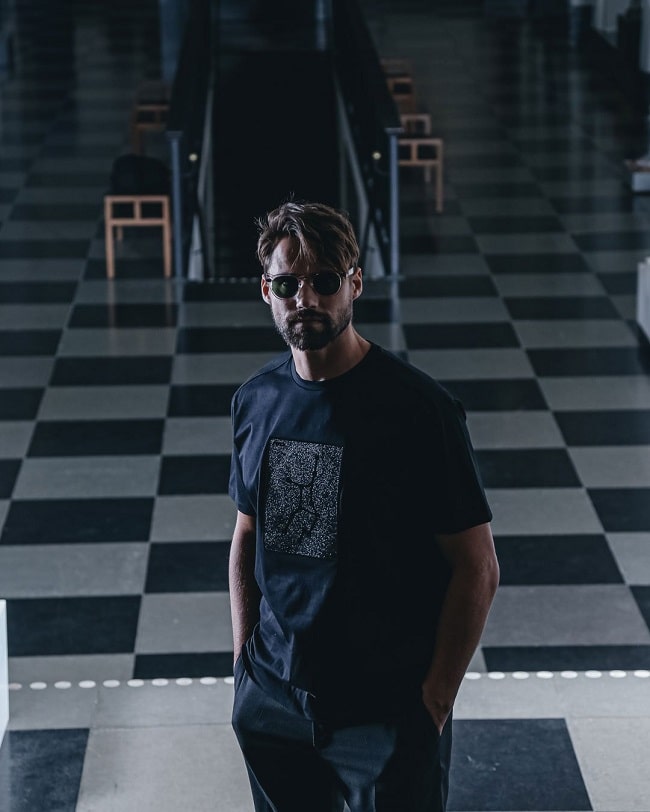 There are few things that grab hold of us like art. It awakens our imagination and creativity; it feeds our ability to innovate and change. Art make us ignore differences, reach out and connect across barriers and engage honestly in ways only deeply social experiences can do. Limitato believe that great art should drive cultural change and lead collaborative expressions. Their partnerships challenge the way art is to be appreciated by mixing worlds of fashion, hospitality and current affairs. Limitato has come together with some of the world’s most illustrious artists and photographers; from their collections they use selected pieces and convert them into ’Limitato Wearable Art’. The love, and the attention to detail that goes into every piece of their limited-edition garments reflects the exceptional calibre of the original work. In 2015 Limitato partnered with Terry O’Neill, laying the foundation for future projects inspired by their passion for art and photography as well as their desire to share it in new ways. Mr O’Neill has been at the frontline of creative fame for over 50 years and Limitato’s exclusive designs feature his profiles of an array of film and rock n roll legends such as Raquel Welch and the late David Bowie.

For a recent episode of the MenswearStyle Podcast we spoke to the two founders of Swedish fashion label Limitato, Gustav Peterson and Emrik Olausson. They discuss how the two became friends in childhood, their early passion for fashion and when they first thought up the idea of working with photographers and artists to print renowned photographs and art onto luxury t-shirts. 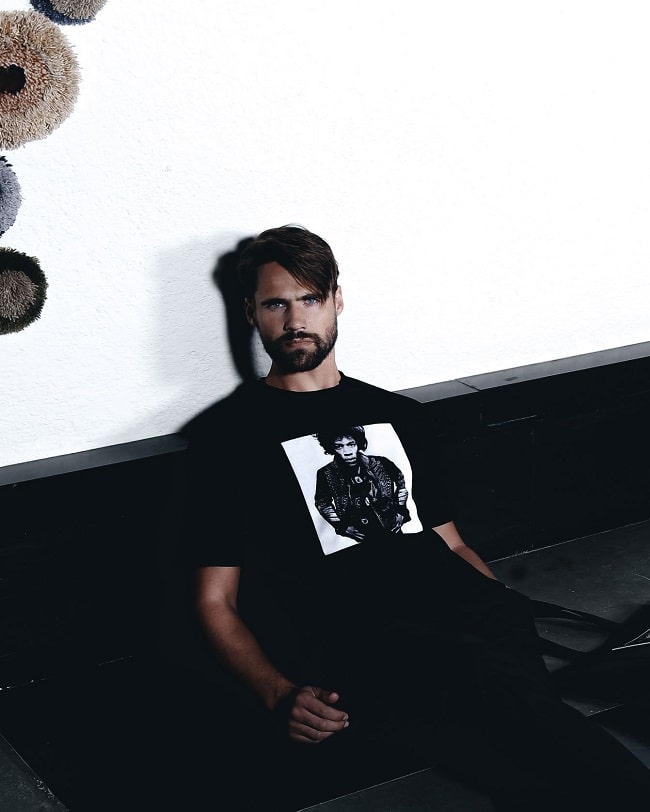 “We’re from different cities outside of Gothenburg and we went to different schools, but often we were competing against each other in street hockey. Then we were in the same soccer team and one day after a competition we decided to hang out together and we became really good friends from then on. We then went to the same high school and ended up in the same class and we both had a mutual interest in entrepreneurship. We wanted to find a way to start something of our own. We also had a big interest in fashion, and I recall having phone calls with agents at the time. We wanted to do a whole fashion collection, but realised we had to start somewhere and find a niche. We had friends and family that worked within the fashion industry and they advised us to set up something unique. We came up with the brand name ‘Limitato’ which is about authenticity and limited-edition. Actually the word 'Limitato' is Latin for 'Limited-Edition' which we came across by mistake. So, we started with belts because Sweden has good copper. We had belts and bracelets made by a retired Handsmith here in Sweden, but we quickly found a problem because he could only make 4 belts per month. So, we decided to go back to the real dream, which was fashion. We started with printed T-shirts with photo art on them.” 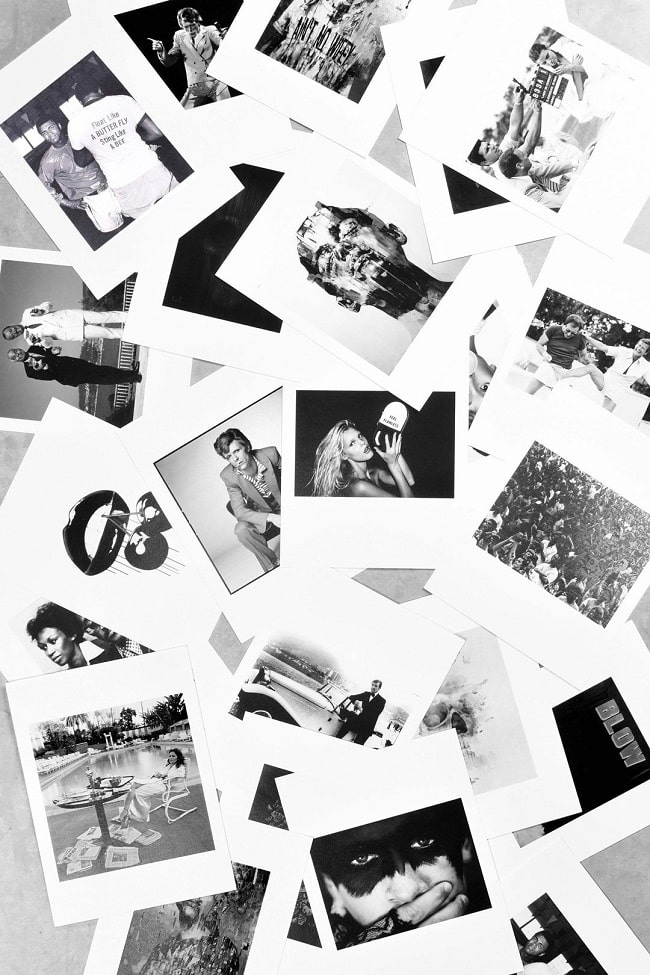 You have some great artists. How does the licensing work?

“Licensing is such a big part of our business. I would say it’s bigger than creating the Limitato lookbook. That’s why we don’t see ourselves as designers, and we see ourselves as entrepreneurs in a fashion context. Terry O'Neill was the first artist we had onboard. We were at an exhibition and he saw our T-shirts, he believed in us and wanted to work with us. From there it took 6 months and we were negotiating with one of the biggest photographers when we were very young. After signing Terry and launching a collection we quickly wanted to do the same with other artists. Each T-shirt comes in a box with a certificate of authenticity. The artists realise that we can bring them exposure to the next generation of art collectors. We educate the new generation about art and photography. There’s a lot of artists out there so we also spend a lot of time trying to find artists and photographers at the same level of Terry, even though they may be up-and-coming or unknown today."

"We aim to find those who may end up as popular in the future and will be shown in the same galleries as him. Sara Pope for example has her own niche and she’s very aware of her image and who’s collecting her art. Another artist, RIOCAM, is inspired by Norman Parkinson who shot vogue covers in the 1950s. When we sat down with Terry and looked at all the pictures he had ever taken of Roger Moore we had to keep in mind that we weren’t just signing a deal with Terry but with other companies such as Eon Productions or The Hendrix estate for Jimi Hendrix photos for example. Working with us helps keep their legacy alive and although you will see plenty of products with photos of famous people like this on, ours is completely legal and done the proper way to bring value.” 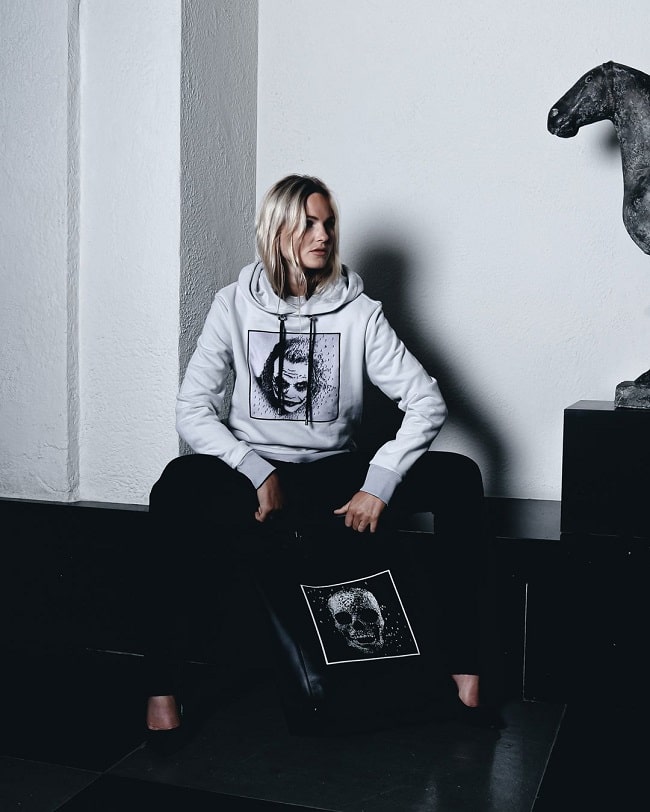 This is a shortened transcribed edit of episode 45 of the MenswearStyle Podcast with Gustav Peterson and Emrik Olausson, Co-Founders of wearable art brand limitato.shop. You can listen to the full version below or subscribe in iTunes, Spotify or your favourite podcast player.