WHAT THE 2020S HAVE IN STORE FOR MENSWEAR 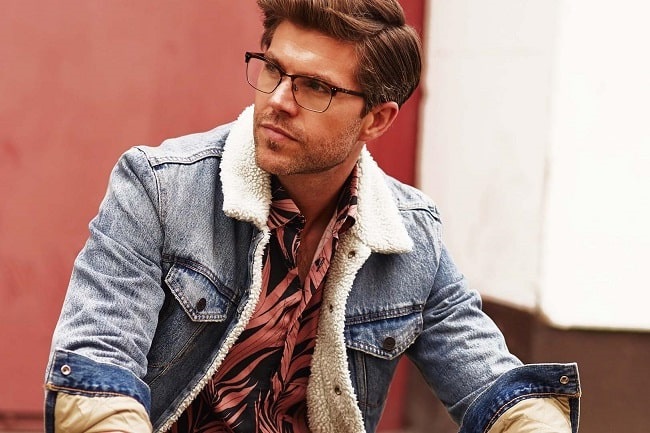 To say that fashion is cyclical is to do it somewhat of a disservice; suggesting that styles repeat and nothing is original. However, after a decade of clearly defined rules, the 2020s represent a new dawn for menswear, which looks set to respond to and reflect the evolving nature of contemporary masculinity in a way that hasn’t been seen before.

The 2010s will inevitably go down in fashion history as the decade that proliferated the fast fashion explosion, resulting in a behemoth with a current global value of nearly $40 billion. Combined with the dawn of e-commerce and the era of reality TV, fast fashion brands have enjoyed exponential success over the last ten years; offering rapidly produced designer imitations for a fraction of the price of their high-end inspirations. However, while the cost to the consumer has been significantly lessened, the global impact of fast fashion has been hugely controversial in terms of its often-unethical production practices and disastrous environmental impact. 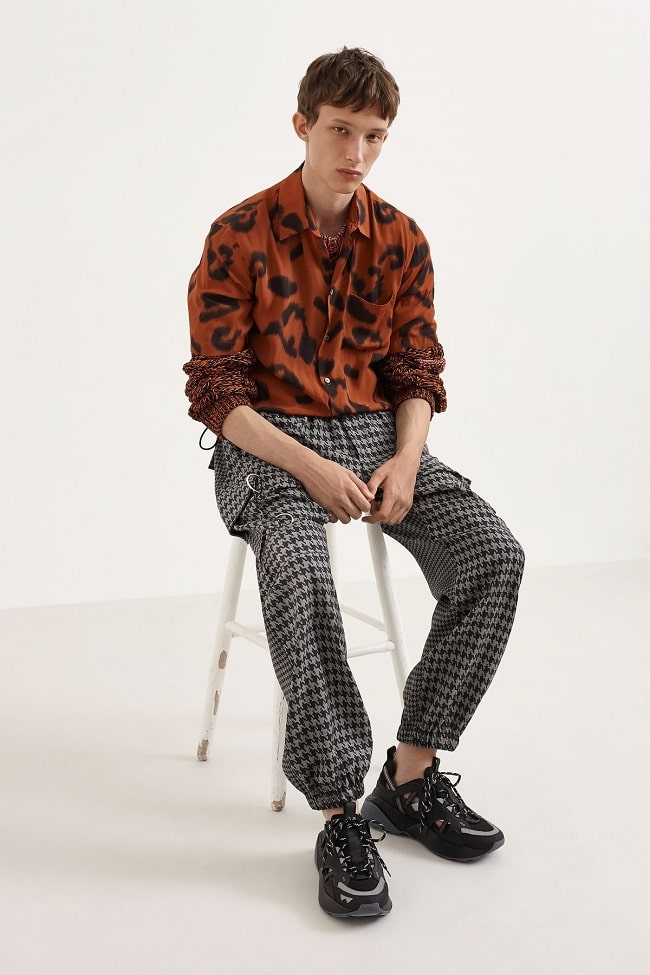 The 2020s will bring sustainability to the fore — a much overdue response to the worldwide climate crisis, with fashion houses looking to reduce their supply chains and opt for ethically sourced and sustainable fabrics. While high-end brands such as Stella McCartney have been operating under a sustainable model for years, this decade will mark a defining moment in garment production and consumption; framed by global climate concerns. Even high-street retailer H&M (the second-biggest fashion retailer in the world), has committed to making the first two tiers of its supply chain climate neutral within the next ten years and its Conscious Collection — produced from sustainable fabrics — continues to become a more prominent feature of its brand identity. On the AW20 runways, Jacquemus made the case for sustainability in his co-ed fashion show, where a pared-back approach followed on from his internet-shattering SS20 show in the Provence countryside, featuring a seemingly endless lavender-adorned catwalk. In a show to which there were no physical invites, Jacquemus presented a collection that included lots of signature linen items for men and women, alongside garments created from Jacquemus’ own ethically and sustainably produced fabric. Alongside its overarching sustainable direction, in many ways, Jacquemus’ AW20 show was a distillation of what else is in store for menswear in the coming years — from pastel colour palettes and a focus on tonal monochromatic looks, as well as revised proportions and an assimilation of traditionally ‘masculine’ and ‘feminine’ dressing to reflect a new genderless approach. 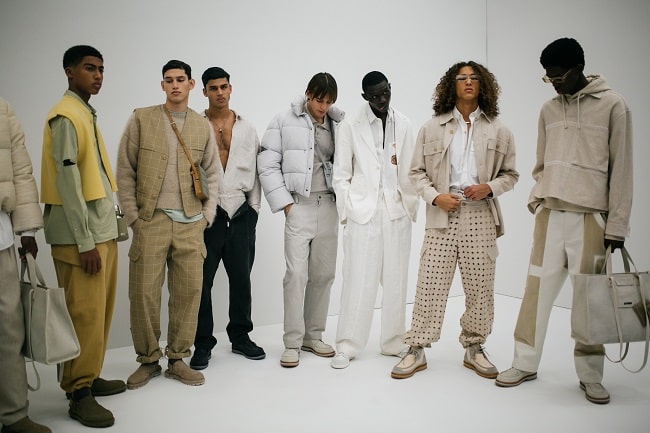 As designers such as Jacquemus opt to present co-ed catwalks, showing womenswear and menswear in the same show, fashion for the 2020s looks set to further reject socially solidified preconceptions around gender; to offer collections that unite, rather than divide. Thanks in part to celebrities such as Billy Porter, Ezra Miller and Harry Styles, genderless dressing has never been more en vogue. That fashion is political is an agenda which has been pushed by designers such as Vivienne Westwood since the ‘80s, but the current move towards a more genderless way of dressing feels very much a contemporary and timely response to conversations about the state of modern masculinity. French heritage brand, Equipment, made headlines recently when they partnered with The Phluid Project, to launch their first gender-fluid collection, entitled Them. The campaign, which features non-binary and transgender models offers an inclusive collection for all genders, identities and expressions. For their AW20 menswear presentations, Ludovic de Saint Sernin, LOEWE (under J.W. Anderson creative directorship) and Raf Simons all showcased garments that fly in the face of convention and were as playful as they were political. While some of these looks may not fully translate into mainstream menswear, what is important is the conversations they inspire and the promotion of an outlook wherein masculinity should not be defined by what you choose to wear. 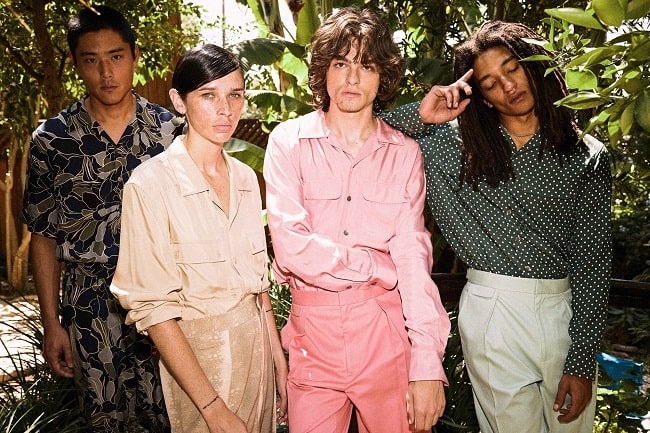 For much of the 2010s, menswear ostensibly fell into three main categories: razor-sharp tailoring that focused on form-fitting suiting, an indie-orientated look as espoused by Hedi Slimane during his reign at Saint Laurent, and a more minimalist approach as favoured by brands such as A.P.C. and AMI. While these are veritably all timeless styles, judging by the 2020 catwalks thus far, the coming seasons present a departure from a strictly defined aesthetic. Long gone are the days of the drainpipe skinny jean and the slim-fit suit, which both became metonyms for 2010s menswear, as they now look set to be replaced with a slouchier, boxier style that feels distinctly more luxe. The aforementioned Harry Styles, who has become one of the industry’s most interesting style icons in recent years, appears to be on a one-man mission to reintroduce the Big Pant back into the mainstream, with high-end designers and the high street both listening. Not since the ‘70s has there been such a focus on oversized trousers and the volume-on-volume trend looks here to stay. The likes of Gucci, Prada and Valentino have all embraced a more relaxed aesthetic, which has already began to filter down to the high-street via brands such as COS, who have updated their signature oversized look to include exaggerated and bolder trouser lengths. 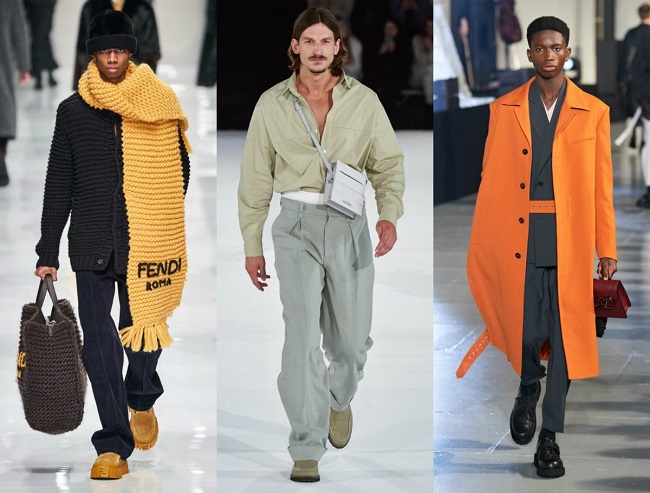 One of the most exciting — and accessible — shifts across many of the collections was the use of colour, either through fully-fledged tonal numbers or subtle pastel shades. Colour is most definitely making a comeback, after a decade of menswear which felt decidedly more reserved and relatively muted. Paving the way are the likes of Fendi, who sent models down their AW20 catwalks in show-stopping yellow pieces and Dior whose pastel tailoring merged old-school romanticism with a distinctly contemporary outlook. For the 2020s, menswear’s coup de théâtre is undoubtedly that it favours fun in favour of conformity and its once rigidly defined framework has been replaced with a more expressive — and inclusive — approach. Long may it reign.

Darren appears in new BBC One show YOU ARE WHAT YOU WEAR starting March 26th at 8.00pm / @darrenkennedyofficial