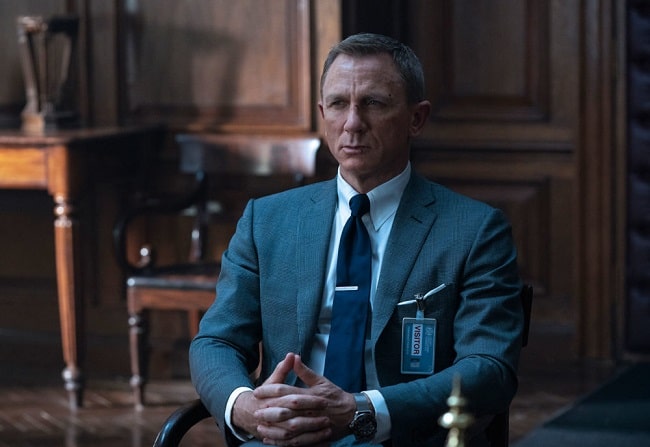 Amidst these unprecedented and surreal-as-heck times, it now seems an incredibly prudent decision taken by the James Bond producers EON to postpone the release of No Time to Die. Although the announcement came as a huge flameout to most, Bond fans in particular needn't feel stultified nor unrelieved. In this article I'm going to walk you through some of the best official James Bond partnerships that will transmit direct to the kleptomaniacs, provoke the sensibilities of those enslaved to their nostalgia and more importantly, help pass the time until normal order is resumed.

Amongst the proliferation of Bond collaborations, Royal Mint has produced one of the more accessibly priced ones with a 3 coin series for £65 each. A Bond, James Bond 2020 UK Half-Ounce Silver Proof Coin, presented in a sleek case with a booklet on how Bond came to the big screen. Struck in half an ounce of 999 fine silver and with a limited run of only 15,007 coins, it's a perfect gift for the Bond fan in your life and an ideal addition to your James Bond collection. 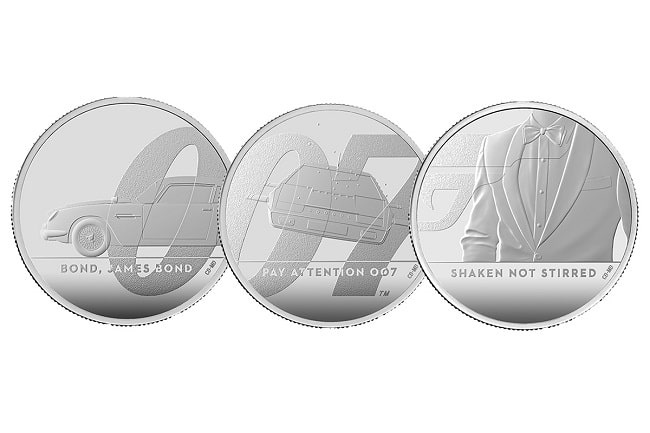 Hardly ground-breaking, but Tom Ford, CEO and Creative Director of the eponymous brand, did confirm that he would be providing Made-to-Measure tailored clothing and casualwear including eveningwear, suits, shirts, silk accessories and denim for the James Bond character. "I could not be happier to be dressing Daniel Craig as James Bond again in the upcoming film, No Time To Die. James Bond epitomises the Tom Ford man in his elegance, style and love of luxury. It is an honour to move forward with this iconic character." Tom Ford took over the mantle of James Bonds' clothier from Brioni in Quantum of Solace. Tom Ford has worked closely with costume designer Suttirat Anne Larlarb and initial official photos suggest the suits lean towards a softer and more natural fit than seen previously in Spectre and Skyfall. 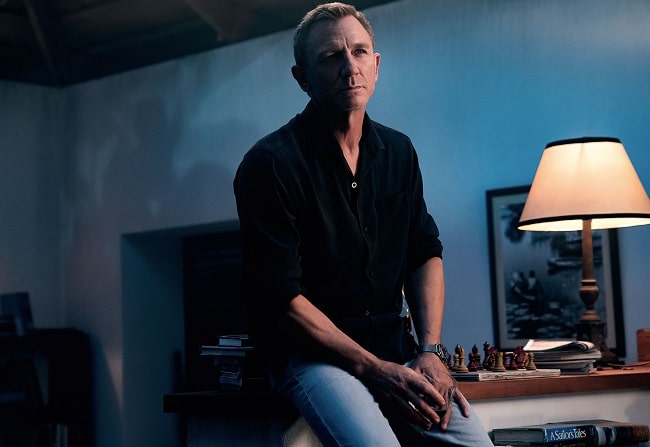 Globe-Trotter is really the moniker for luxurious British luggage and makes its third consecutive appearance in a Bond Film with No Time to Die. The launch was a slightly innocuous affair itself at their flagship store in Mayfair. Attended by myself, but only as an estranged plus one. Normally official EON collaborations are littered with innumerable 'Bond-influencers', alas this one was inexplicably void of such luminaries who I've come to know and respect. Perhaps it was because EON producer Michael G. Wilson was in attendee along with archivist Meg Simmonds, and they preferred to remain inconspicuous to the uninitiated. For the latest collection, Globe-Trotter, in conjunction with costume director, Suttirat Larlarb, has produced two Bond-themed suitcases fit for travel: a carry-on and check-in size, both made up in an ‘Ocean Green’ colour. To complement this exclusive shade, it features black leather trimmings, a wooden rowing handle and four wheels — a first for the brand. 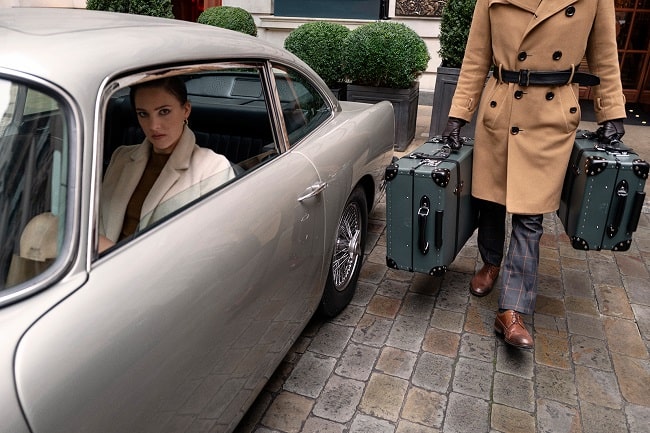 N.Peal are also enjoying their third consecutive appearance in a Bond Film. First the 'Blue Wave' jumper that Craig wears as part of his Highland wardrobe in Skyfall, second the black roll neck adorned with a leather gun holster for the official poster. A look no doubt designed with the compatible awareness to Moore's Bond in Live and Let Die. Now we have the No Time to Die Army Ribbed Navy Sweater, made from 90% Merino Wool and 10% Cashmere (N.Peal being recognised as the cornerstone for Mongolian cashmere quality). It has a boat neck collar and pairs well with a white Rag and Bone Henley seen on Daniel Craig in the trailer. The sweater’s military flavour is maintained with the ribbing and the canvas patches on the shoulders, elbows and cuffs. Designed as a unisex garment. 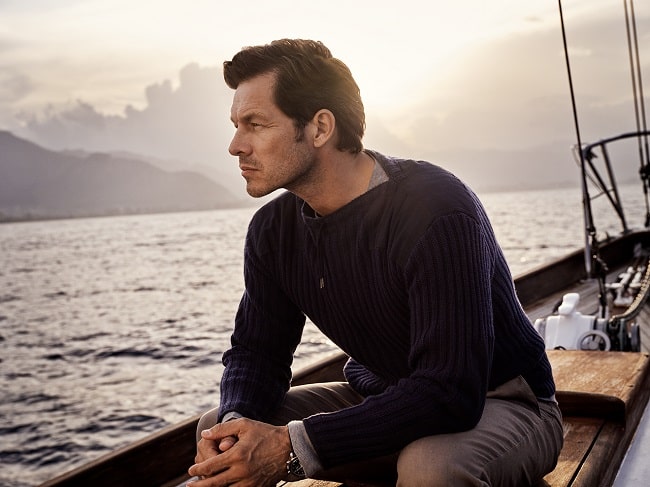 Sunspel released two new polos to their eclectic Riviera range that left an indelible impression on Bond fans when Daniel Craig wore it to the debriefing with M at the One and Only Club in Casino Royale. The release was slightly subdued, the postponement of the movie clearly impinged on the exposure levels that would have normally been a given to a launch of this magnitude. The collection consists of a grey melange Riviera polo, a contrast to Navy that Bond wore, yet ameliorated still by its lightweight cotton mesh that is not only breathable but extremely soft. Not as soft, however, as the sea island cotton Navy Riviera that exudes luxury and is totemic of everything Sunspel and emblematic of all things Bond. 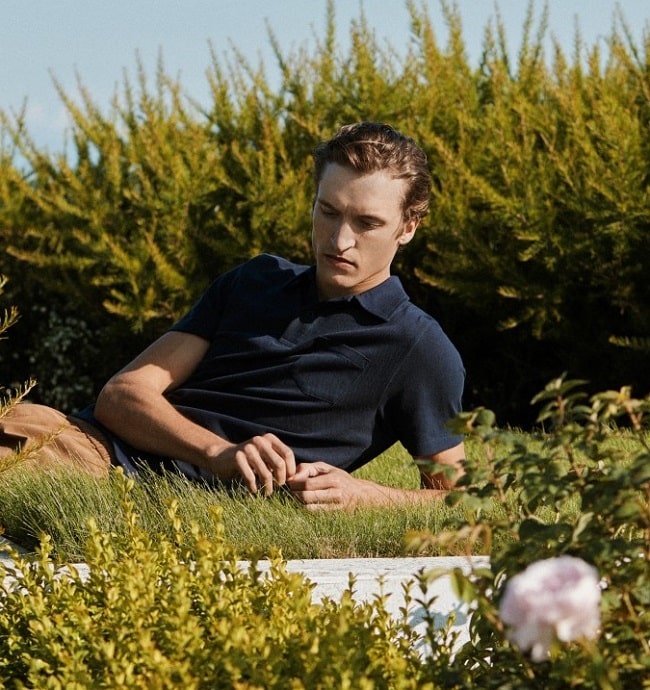 Here's the Adidas Ultraboost X 007 No Time to Die running shoe. No news yet as to when this will be released, but we assume its launch has been postponed along with several other collaborations. First seen on the @YankeeKicks Instagram page with no news from any official Bond channels. The reactions amongst James Bond fans have been fairly mixed about this release. In the constellation of Bond partnerships this feels a little 'farted out'. Ardent Bond fans look for more subtlety and having the 007 logo emblazoned on the heel really ghettoise those wanting to look like Bond fans, as opposed to James Bond himself. The former arguably being an even smaller niche. A thin line, but an important one. 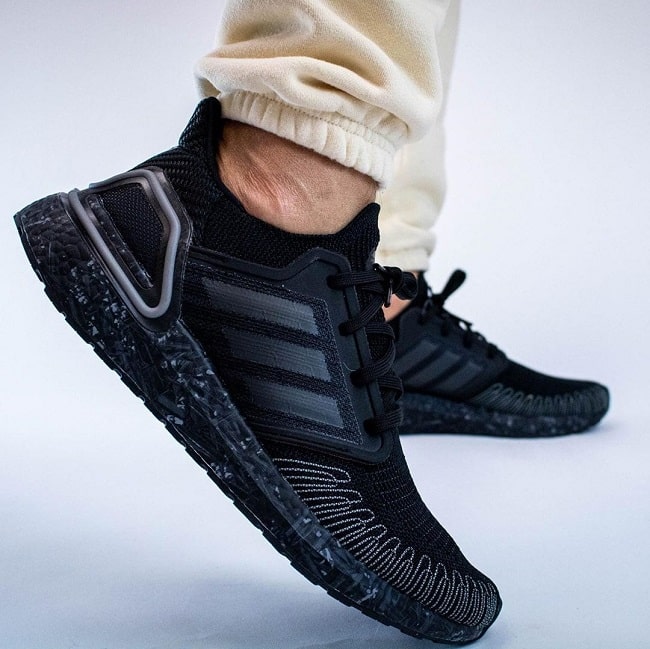 No Time to Die is not the first James Bond film to see accoutrements and accessories manifest in the ecosphere of the Bond universe. The Algerian Love knot for example designed by Sophie Harley London was a pivotal plot device in Casino Royale and Quantum of Solace, still available to buy. Ben Wishaw's Q comes with an infectious charm and a soothing screen quality. Q wears a Swatch Q watch designed by Swatch in collaboration with No Time To Die costume designer Suttirat Anne Larlarb, limited to 7007 pieces and presented in a case designed like a laptop. 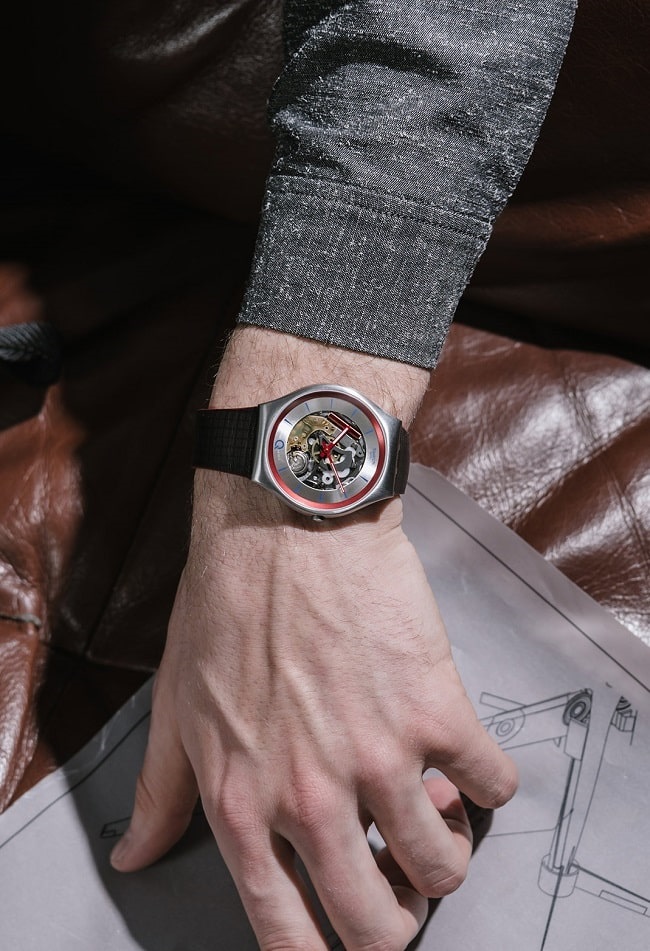