IN CONVERSATION WITH SEBASTIAN ÖHRN OF MYRQVIST 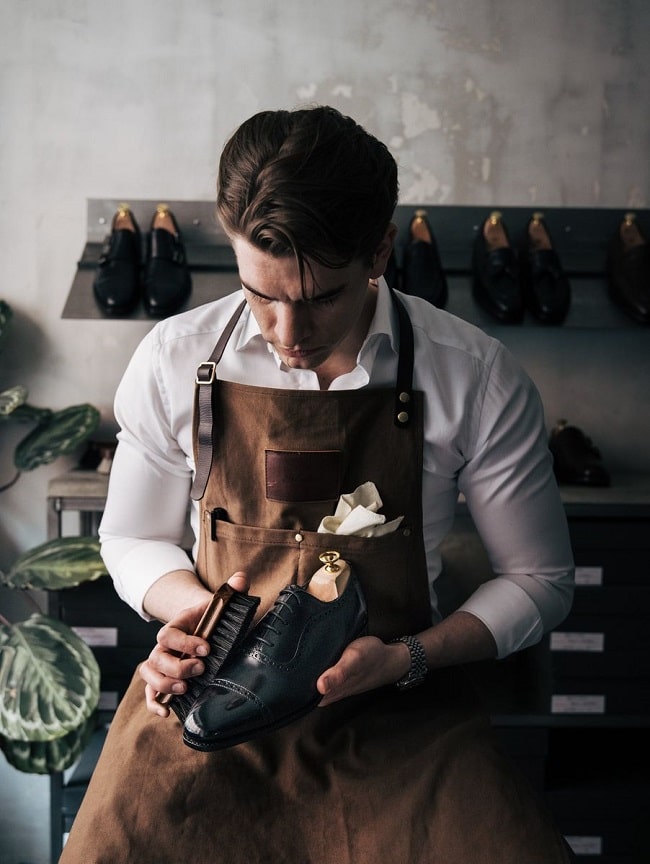 Myrqvist wants to make Goodyear Welted shoes accessible to everyone. The brand was born after a successful Kickstarter Campaign which reached its goal after just 24 hours, before closing as the most successful Swedish Kickstarter Campaign in the fashion category 30 days later. The brand designs and produces high quality shoes in the Direct-to-Consumer market, aiming to keep prices affordable without compromising on quality. With Scandinavian minimalism at heart, Myrqvist shoes are designed in the Swedish capital and are manufactured by experienced craftsmen in Portugal. They sell their shoes via a flagship store in Stockholm on their eCommerce website. Instead of an inflated mark-up that comes with traditional retail-based brands, they offer top of the line quality at less than half the price. Goodyear Welted shoemaking is a labour-intensive shoe construction which stops water from leaking through and enables the possibility to replace the outsole when required. Their finest cuts of full-grain leather are sourced from Hermès owned Tanneries du Puy in France and will age beautifully over time.

In a recent episode of the MenswearStyle Podcast we spoke to Myrqvist Founder, Sebastian Öhrn, about his background and the story of how he started and grew his men’s footwear brand. Our host Peter Brooker spoke to Sebastian about the meaning behind the brand name, operating the business during the Coronavirus pandemic, and how to launch a successful Kickstarter campaign. They also discuss effective use of social media and how the shoes are a Scandinavian twist on a classic British design, incorporating rubber soles for extra grip on icy surfaces and a less chunky silhouette. 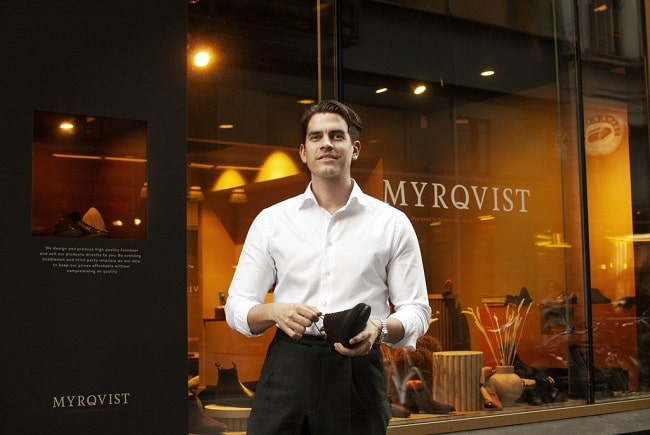 “I’m born and raised in Stockholm and I went to the University of St Andrews in Scotland where I studied economics and management for 5 years. It was during my penultimate year where I thought about starting the Myrqvist footwear brand, and I did this remotely on Kickstarter. For that I created a video explaining that I wanted to sell high quality handcrafted leather shoes for men. People were given a 20% discount in return for their contributions and we got a large batch of pre-orders which gave us the funding to set up production and start operations for our company. We initially had a goal of £10k and we got a total of £70k, so a lot more traction than anticipated.” 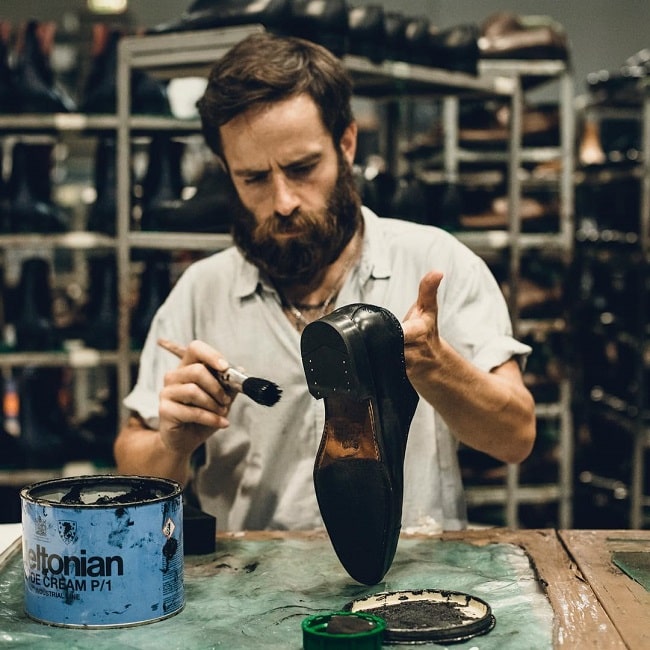 What were the next steps from there?

“We had a few early problems because we had to create shoes at three times what we had planned for. We had to take another look at our production and switch factory. Some of our Kickstarter backers didn’t get their shoes on time, but we apologised and compensated them with future discounts. However, most of the backers did get their orders on time luckily.”

Please tell me about the brand

“The goal was to have our own sales channels, starting with eCommerce. At that time, the focus was more about having a great product with great materials, at a great price. What differs us from other shoe brands in regard to design is that we sit in between an Italian and an English aesthetic. We were the only Swedish footwear brand making Goodyear Welted shoes. I wanted to take a traditional British product and give a Scandinavian take on it. The shoes are a little less chunky and we’ve added different soles which can tackle the climate in Sweden. We figured out early on that leather soles were not popular even though people wanted nice leather shoes. So, we created a half rubber sole, which is basically a classical leather sole which has rubber injected into it. This gives you more grip and also doesn't wear out as fast. In addition to that, we’ve also done a lot of studded rubber soles which are useful for when the ground is frozen with ice and slippery, which is needed here in Sweden.” 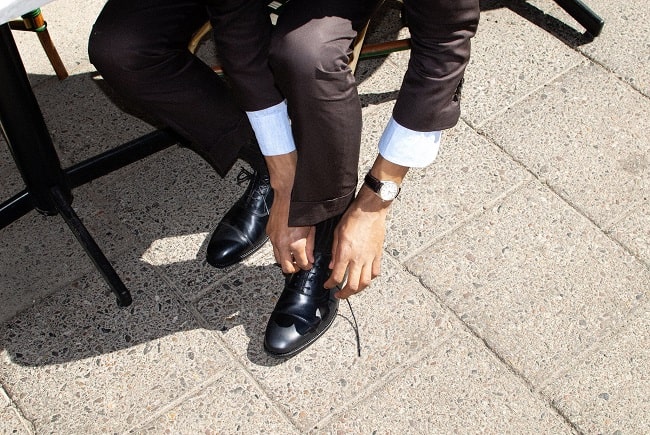 This is a shortened transcribed edit of episode 57 of the MenswearStyle Podcast with Sebastian Öhrn, Founder of myrqvist.co.uk. You can listen to the full version below or listen on Apple Podcasts, Spotify or your favourite podcast player.