IN CONVERSATION WITH EDWARD TEMPERLEY OF WAES FOOTWEAR 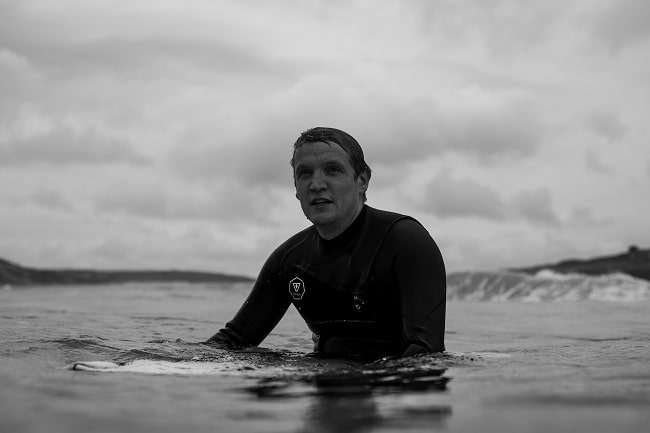 WAES Footwear are the world's only plastic-free shoe company. A collaboration of shoe designers, ocean advocates, surfers, scientists, and manufacturers committed to producing beautiful stylish footwear which leaves no trace. The WAES logo is derived from the alchemy symbol for earth and the name itself is an acronym of the classical elements of Water, Air, Earth and Sun which defines their manufacturing philosophy of combining science and natural materials. There are more than 24 billion pairs of shoes made each year from plastic compounds which go straight to landfill. This brand has a passion for the natural world and want to stop fuelling a system stuck on full-throttle and seemingly intent on burying us all under a mountain of plastic. Their vision is for a world of zero-waste shoes, one which promotes tree planting and works in partnership with the natural carbon cycle. Their ambition is to change the way shoes are manufactured and to prove it is economically viable to produce beautiful, durable, and ultimately biodegradable footwear.

In a recent episode of the MenswearStyle Podcast we interviewed Edward Temperley, Co-Founder of WAES Footwear, and talked about his love for surfing and what first inspired him to start a 100% biodegradable natural shoe brand in 2019. It was seeing the ocean plastic problem first-hand which motivated him to investigate making plastic-free footwear. Our host Peter Brooker and Edward also chatted about launching on Kickstarter, industry greenwashing, the problem with microplastics, new sneaker designs in the process, and the best materials to use for manufacturing sustainable and vegan trainers. 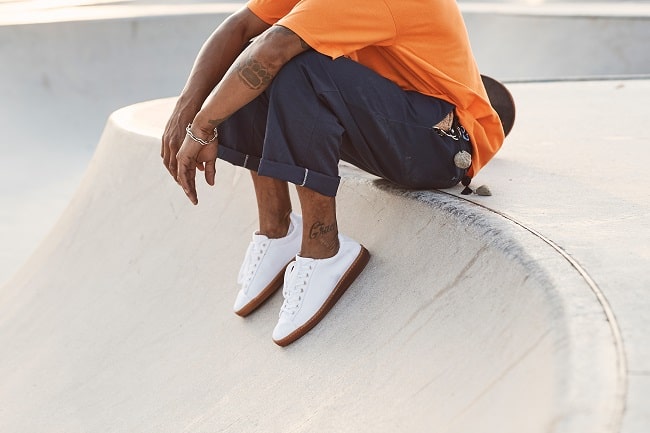 Please tell us about how you started WAES Footwear

“I’m a surfer and I’m very keen on the preservation of oceans. I’ve seen first-hand the level of plastic pollution around the world. As a surfer you’re in the furthest reaches of Indonesia for example, and you think it’s going to be wonderful and beautiful, but you’re actually knee-deep in plastic trash. My co-founder Damien is a cobbler by trade and I’m a materials expert. We both love shoes and design, and we got together and decided to build this product. Given our previous experience of working for larger companies who just want to make a product which sells, has great margin and has no care for the environment whatsoever, we decided that with WAES Footwear we would make a zero compromise product that had to be plastic free. We then had to work out how we could possibly engineer it. Damien had been talking to me for years about an ancient way of making shoe soles based on 1940s French artisan technology. That’s the basis of the shoe, without that sole we wouldn’t have been able to build up from it. I actually wrote the business plan on a 99% plastic free product, but we managed to solve the final bit - which was the thread - with our partners in Portugal. That’s how the purely plastic free product was born.” 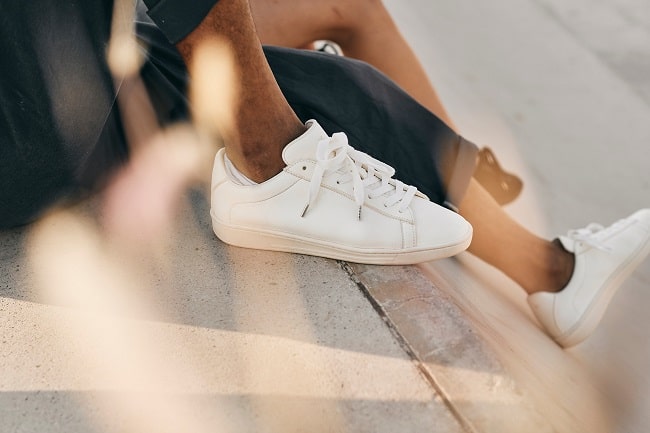 How did you source manufacturers?

“Damien has been making shoes his whole life. He was making his own trainers with his hands with traditional cobbling tools from a young age. He’s also worked for many large shoe brands, so opening the doors wasn’t really a problem, we just had to find the right one to partner with. All shoes, even the most eco are held together with industry standard thread which is coated with polyester. With our chosen manufacturing partner, we had to build a thread which was as strong and would go through the factory ware tests, but would also pass easily through the machines themselves. It was quite challenging, an engineering feat to solve.” 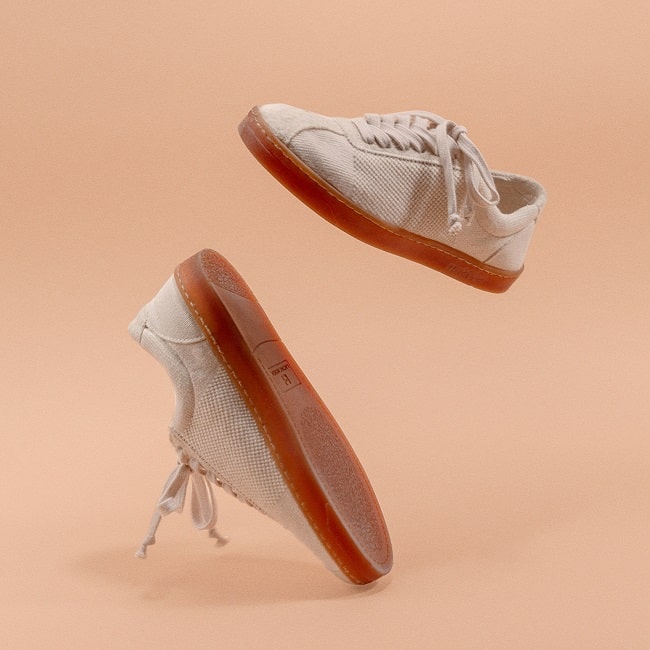 How does the design process then work?

“There’s a third guy called Jay who helps us with the design process. We had a good idea of shoe designs, but it was a case of allowing function to inform the design. The standard way of making any shoe at the moment is to design a last and then use plastic which allows you to do all types of funky things because it’s a flexible material. It’s just a shame it is so bad for our ecosystem. There’s so many shoes out there that are using the eco label. I don’t want to talk people down but a lot of it is just smoke and mirrors in the marketing. It’s really easy to use words like eco, sustainable, and vegan. However, people are trying to do good, and there’s so much bad that is being done. There’s twenty four billion shoes made every year and most of those shoes are made in factories with deplorable conditions. These are extremely well-known brands that are exploiting people of colour and they don’t care about being eco either. So, the guys who are trying to do eco deserve some praise. There are some brands that claim transparency, but they will only market the good side of their product.” 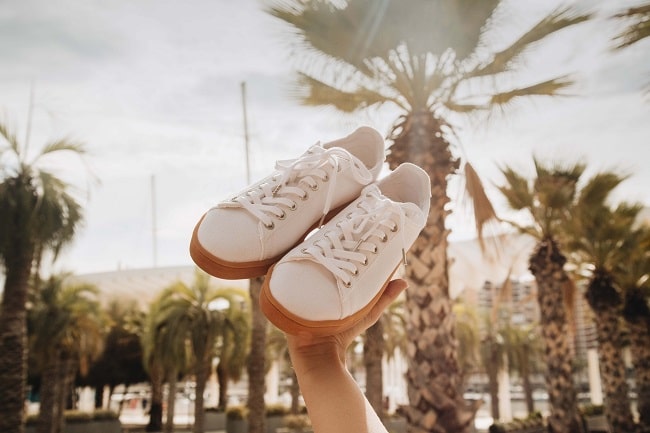 This is a shortened transcribed edit of episode 71 of the MenswearStyle Podcast with Edward Temperley, Founder of waes.co. You can listen to the full version below or listen on Apple Podcasts, Spotify or your favourite podcast player.