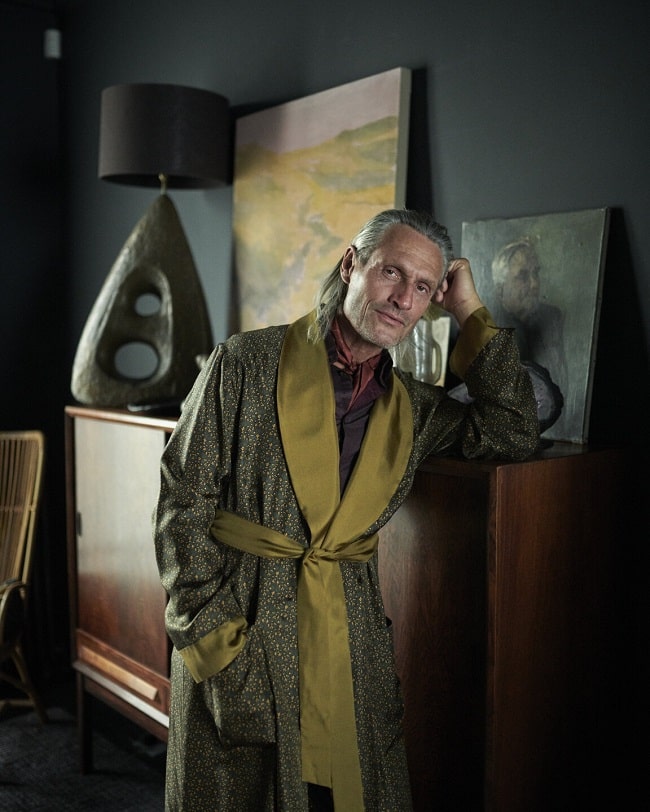 Geoff Stocker has emerged as one of the most creative and inspiring British luxury accessory designers this century. With a background in fine art, he was an early adopter of digital media, beginning in 1996 using Photoshop as a primary medium to produce limited edition prints of his abstract compositions, several of which were exhibited at the prestigious Royal Academy Summer Exhibition. His original designs, full of vibrant patterns so intricately derived, have won plaudits from respected media and industry figures and likened to ‘modern works of art’. These print creations have been applied to iconic pieces using lustrous satin and twill silks. His dressing gown collection, the ultimate statement in contemporary luxury lifestyle launched in 2017. The result is a matchless contemporary collection celebrating a truly British eclectic handwriting. Even the names evoke a journey steeped in cultural and historical references: Neo Victorian, Saxon, Rajah and Sultan.

In a recent episode of the MenswearStyle Podcast we interviewed Geoff Stocker about his artistic background in digital design and the founding story of his eponymous silk accessories brand. All his pocket square, dressing gown, silk scarf and tie designs are his own and are digitally printed and finished by UK factories under his supervision. Our host Peter Brooker and Geoff also talked about how a trip to Japan inspired him to create a dressing gown collection, the inspiration behind the brand's print designs, the benefits of digital printing, and the joys of a challenging collaboration. 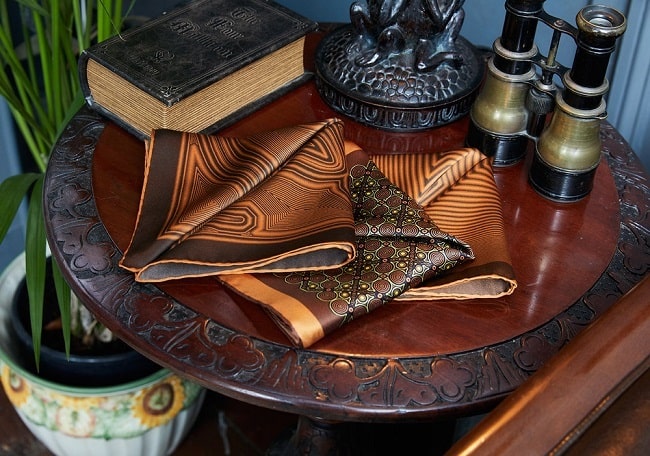 “I have been involved in fashion textiles for the past 10 years and I launched my eponymous name brand Jeff stocker in April 2014. I was selling designer accessories exclusively to the men's market. All designs are my own and are digitally printed and finished by UK factories under my supervision. I produce two pocket square collections a year consisting of eight or nine designs, each in two to three colourways. I also have a classic range of men's lightweight silk scarves, which are suitable for a dress occasion or can be worn casually like a cravat. At Best of Britannia London in October of 2017, I launched my first collection of silk dressing gowns for men, consisting of a four-piece range in two colourways each. My brand mission is to create unique and original designs that appeal to men who are looking to create an individual standout look for themselves. As such, my range of design styles is very broad and eclectic, taking influences from world culture and past art movements, coupled with my own background in abstract painting." 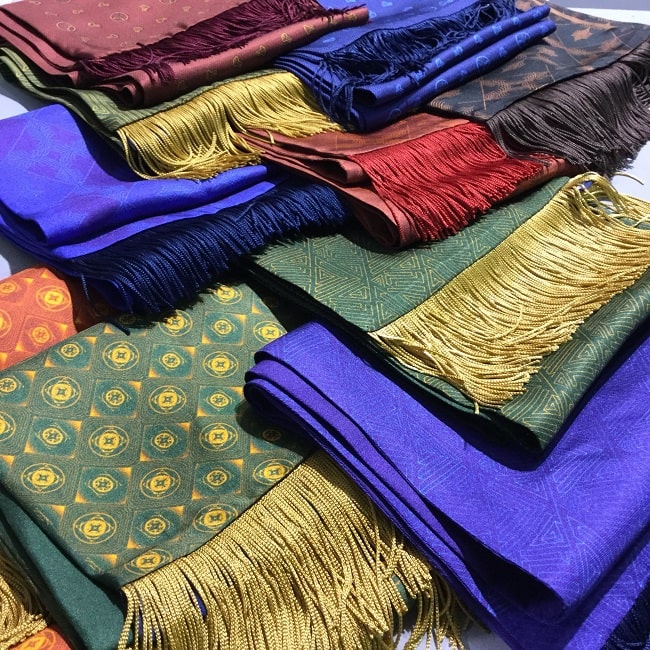 "When I first entered this industry, my designs were quickly discovered by a European scout for Bloomingdale's, which led to a meeting with their buyers in London. And even though I said to them, we were a month-old brand, they loved our work. They loved the fact that we were made in Britain. This led to a big 500-piece order. We went from nowhere to somewhere in a very short time. And even though the partnership I was in only lasted four years, it yielded seven collections with Bloomingdale's, and we were outselling Paul Smith in the flagship stores in New York. People really liked what we were doing, and you know, it was worth about £10,000 pounds a year for those three and a half years, but we went our separate ways. Since then, I've just been producing my own collections, two pocket square collections a year. And then eventually developing necktie and scarves, and recently a dressing gown collection. So, it's been a slow, but steady, incline up the hill. And I really do feel the brand now has some respect and is well known.” 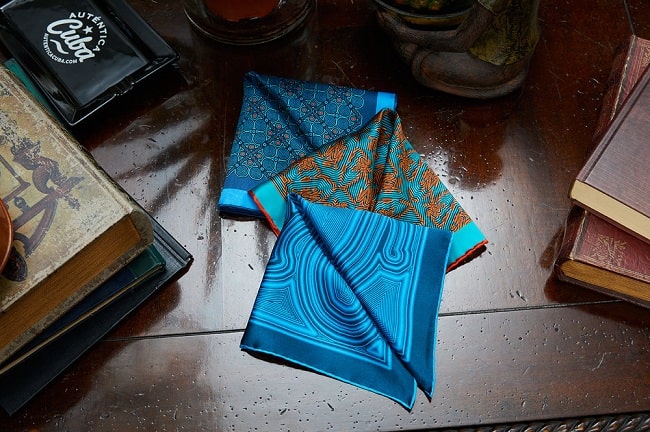 This is a shortened transcribed edit of episode 106 of the MenswearStyle Podcast with menswear designer Geoff Stocker of geoffstocker.com. You can listen to the full version below or listen on Apple Podcasts, Spotify, or your favourite podcast player.