WHY DRESS SNEAKERS AREN’T AN OXYMORON 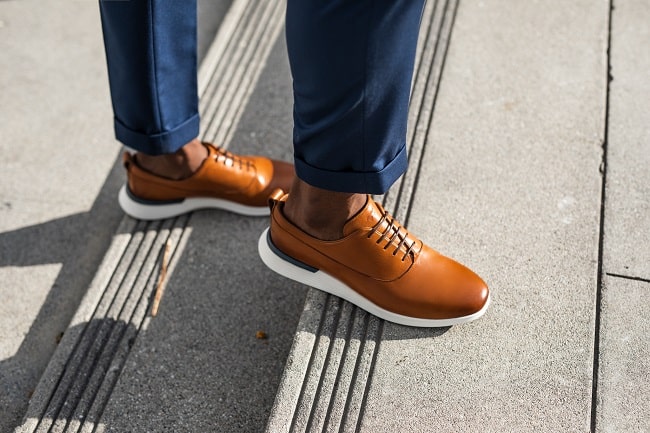 Somewhere around the turn of the 21st century, suit stylings started becoming a bit more casual. Fashion enthusiasts know that wasn’t the first time. Past the kitsch of a leisure suit and New Wave androgyny, the 2000s dressed down this suddenly slimmer garment with T-shirts, sweater knits, and trainers. It’s a novelty look that hasn’t worn off, no matter if you spotted it on the red carpet or in a video for an indie band that hasn’t had a hit over the past decade. Rather, dress trainers – or dress sneakers, depending upon where in the world you are – have transitioned from an upscale louche statement into a corporate staple. Many of us haven’t properly been in an office in months, if not the past year, but you still know what we mean. You see your co-workers in ironed chinos wearing a pair of smooth leather monochrome trainers with a rounded toe. Perhaps they’re Stan Smiths, from Cole Haan, or a lesser-known brand like Koio that appears to specialise in this specific, minimalist silhouette.

Whatever the source, they’re as part of the smart-casual dress code as Patagonia fleece and solid-colour button-downs. Even 20 years ago, seeing your co-workers in trainers would’ve appeared odd – unless you were employed by a startup or in the food services industry. Today, though, as wardrobes and expectations adjust, the dress sneaker has found a very unique niche. You won’t mistake one as a pair of proper Oxfords or even derbies from a distance – the shape is akin to a skate shoe with a polished leather exterior. Yet, the solid colour and higher-quality craftsmanship exceed what we typically perceive as trainers: Beyond skate shoes, these encompass everything from ultra-lightweight running shoes to those bulky retro-styled kicks everyone’s been wearing for the past three years. Essentially, as jeans with certain washes and cuts get embraced by office dress codes, trainers with similar restrictions aren’t far behind. 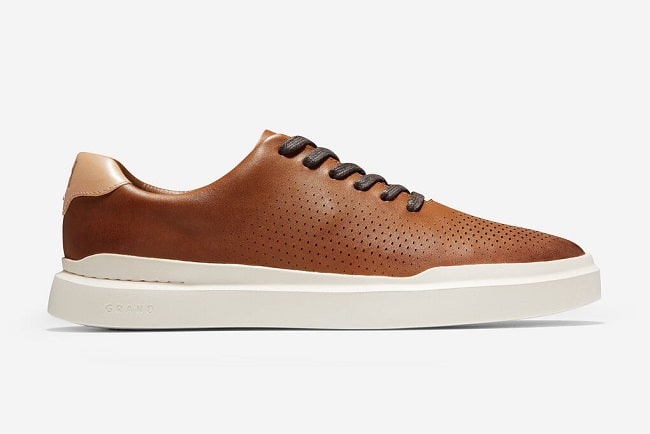 What are Dress Sneakers?

There’s a time and a place for dress sneakers. Red carpet appearances, band performances, and even smart-casual offices? They fall within the spectrum of appropriateness. Seeing CBS correspondent Scott Pelley interview former President Barack Obama on 60 Minutes? The general consensus was, even with a navy suit, the shoes looked too informal. You almost wonder if he was expecting the camera to strictly pan from the waist up. At the same time, too, not every pair of trainers falls into the “smart casual” category. For starters, you’ll notice that this silhouette has a precisely flat heel with a straight sole unit. This format essentially excludes all athletic shoes and most skate shoes, except for maybe certain solid-colour pairs of Nike SBs. Secondly, the exterior elevates the average pair of trainers with solid-colour polished leather in a paneled arrangement, or suede for the next step up. Textiles, if in a dark shade, are serviceable. Seams, here, are minimal and eliminate the blocky, two-tone appearance of most athletic and fashion trainers. Then, you’ll notice lines similar to a dress shoe’s, excluding the rounded toe. Lower heights skim the ankle, while taller high-top styles can be tucked under your chinos for more coverage. Outside of these qualifiers, bulk is absent – every pair gives off a slick, streamlined, and unobtrusive vibe. The shoes acknowledge that they’re not the centre of your outfit but provide a sufficiently modest exterior and comfortable construction that does its job. 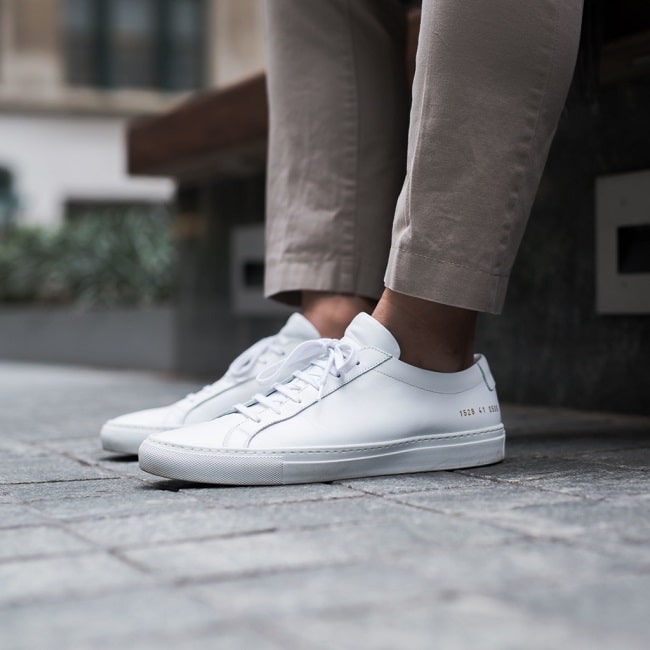 What Role They Serve

We’re living in a time of deconstructed office wear and suiting. You can widen the fit and experiment with colours, but these garments don’t exist in a vacuum. It’s awkward, to put it bluntly, to amble in a baggy double-breasted suit or chinos and fleece with wingtips or brogues on. Dress sneakers, then, serviceably fill this niche.

A couple years ago, the bright colours and prints enlivening slimmer-fitting silhouettes were dubbed “party suits.” Now, pastel-hued, voluminous double-breasted ensembles have stepped up to the plate. Whatever’s in your closet, dress sneakers match the character head on.

Influenced by streetwear during the 2010s, trainers are no longer just athletic footwear. They’re meant to make a statement or create a “lewk” for Instagram. This means that even technical runners feature bright, two-tone colourways that immediately draw the eye. In an office environment, the character immediately hints that you’re off to the gym during your lunch break. Dress sneakers work against this. A nearly solid exterior, save for the slimmer sole unit, plays it intentionally demure. They won’t be noticed, at least at the onset, and don’t drag along showier implications that could be perceived as unseemly. As well, it’s far easier to match a patterned or pale-pink suit to solid black or white than cobalt blue with neon yellow accents. 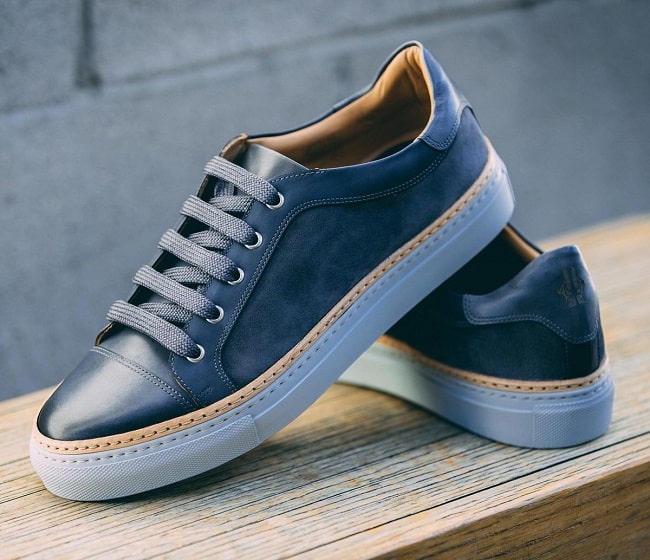 When business casual is too formal but you can’t roll into the office in faded denim and a T-shirt, smart-casual holds the middle ground. It’s polished to a point and essentially a hybrid, semi-aspirational dress code. What you get is part comfort, part low-key business, and something versatile that you may actually want to wear once the weekend arrives. At the same time, smart-casual eludes the signifiers of true casual clothing through design and fit: Everything is precise, and pulling from a higher echelon of construction. Hybrid menswear might sound like a buzzword, but we’ve all been dressing in it in some form over the past decade. It erases strong demarcations in wardrobes, bringing ease and comfort to the corporate suit, better style to the business casual polo and cargos, and quality to your after work and weekend garments. Essentially, dress sneakers are the paradigm of this concept and, if you tend to err more informal anyway, provide an alternative to traditional low-height dress shoes like loafers or monk straps.