BORN TO SEW: WHY BESPOKE SUITS ARE COMING BACK

Written by Menswear Style in Trends on the 1st September 2021 / Born to Sew: Why Bespoke Suits are Coming Back 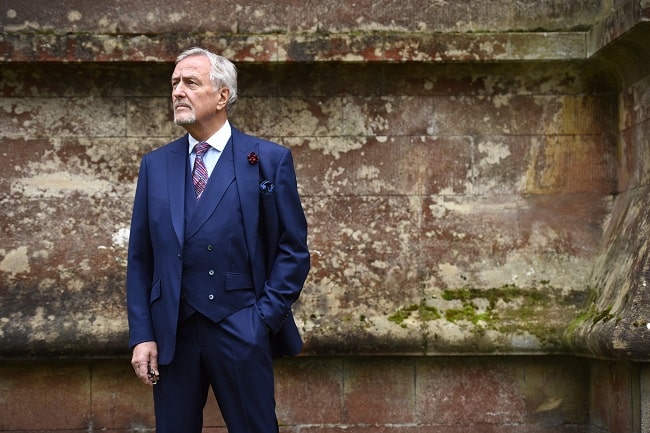 After refusing to stand up and sing ‘Three Blind Mice’ in front of his class, Geoff Souster was dismissed from school at the age of 15 and went off to find a job before delivering the bad news to his parents. Luckily, Geoff landed an apprenticeship at local Luton tailors, W Bell & Son, and so the tailoring story begins.

Geoff attended the London College of Fashion one day a week to learn the basics of the trade, including cutting and hand-sewing buttonholes. Geoff instantly had a passion for tailoring, and he even discovered it was in his surname. From medieval English, surnames ‘Soustere’, ‘Sewester’ and ‘Sowester’ originates from the old English ‘Seowian’ meaning it's an occupational name for a tailor or a seamstress. Geoff really was destined to sew. 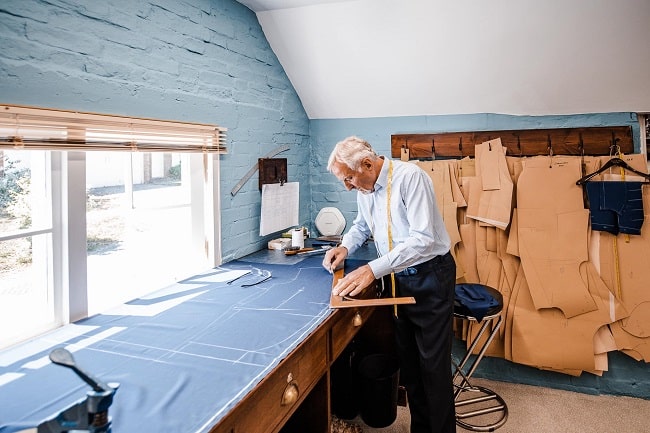 So, education went on, and Geoff continued to progress in his role as a local tailor. He went on to meet his now wife, Laura at the beloved local dance hotspot, Cavalier Club. They were an instant match made in heaven; Geoff a bespoke tailor and Laura a trained dressmaker. They married in 1972 and opened their first shop in 1978, and so the bespoke tailoring shop now known as ‘Souster & Hicks’ was born. Geoff went on to become the youngest ever president of the Federation of Merchant Tailors in 1988, and Souster & Hicks became one of the first companies to use a factory made-to-measure computer system to create one-off garments. These were really big steps in the tailoring industry, and Geoff Souster became a recognised name, and a tailoring force to not be reckoned with. 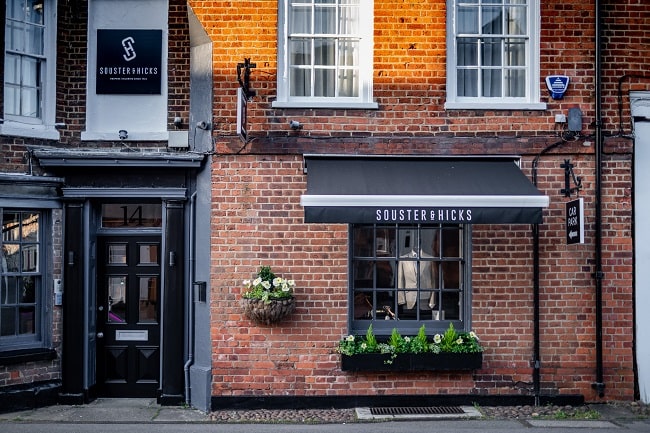 Geoff has had the pleasure of clothing the likes of Eric Morecambe, Bob Monkhouse, Michael Buble, Daniel Ricciardo, Eamonn Holmes, and more recently, Captain Sir Tom Moore. Bob Monkhouse even claimed: “I may not be the best comedian, but with Geoff as my tailor, I am the best dressed”. Souster & Hicks is now a bespoke tailors based in the heart of the beautiful Georgian village, Woburn in Bedfordshire. The team now includes Geoff, Laura, their two sons Scott and Wes, plus daughter-in-law Natalie. It’s something that they all live and breathe, and the passion really is in the name. 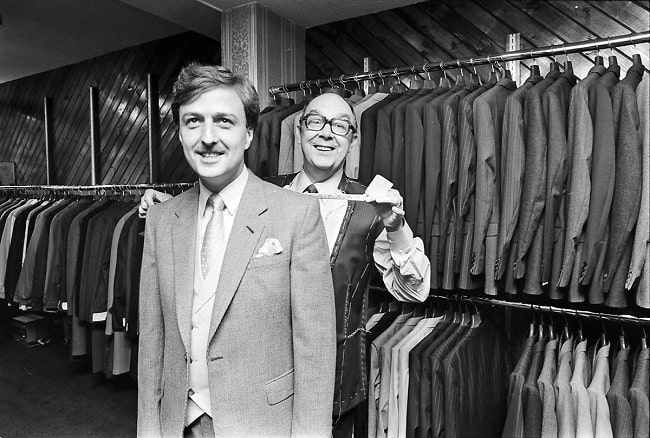 Don Haddaway, a loyal customer of over 30 years at Souster & Hicks commented: “I attribute a huge amount of my business success and progression and believe it’s definitely down to a chance encounter with Geoff Souster outside his shop. In short, Geoff noticed me looking in his window at a rather nice grey suit and a pair of classic leather shoes. He asked if I ever wore a suit to work and at this time, I am ashamed to say it was the 1980s and my sartorial elegance had not yet transformed from a Starsky and Hutch type woolly zip up cardigan, Farah tight fit flairs and Hush puppies… you get the picture. “Geoff invited me to try on a version of the suit from the display, the shoes completed the look and a crisp white shirt, and subtle tie added gravitas. My then wife-to-be, who I had been waiting for, came into the shop and said, 'wow you’ve got to get it!'". 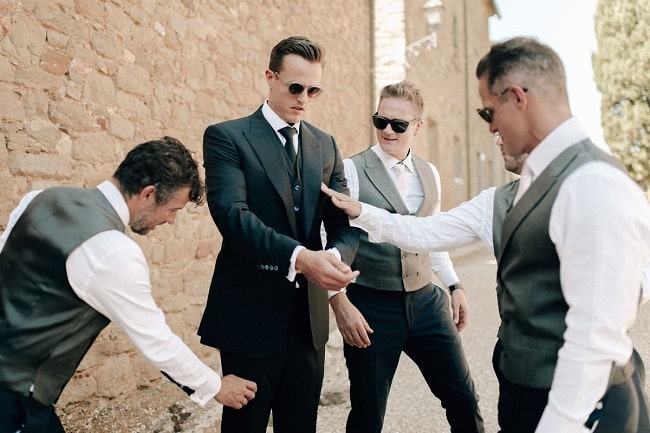 “The following week having picked up the adjusted suit (Geoff is a perfectionist) I went to work at my office in London for the first time fully suited and booted. The effect was immediate. My boss didn’t recognise me, initially was shocked, then started inviting me to host meetings and organise projects. Other Senior Managers started talking to me in corridors and the invitations to executive meetings rolled in. Long story short, the palpable effect that dressing smartly (not loud, not flashy but smart) has had on my life has been immeasurable.”

Geoff turned 70 years old the other week and has just turned one of his rooms in his house into a cutting room - it wouldn’t be a home without a cutting board. He lives and breathes his trade, and his customers speak so highly of all that he has done for them, their confidence and of course, their incredible wardrobe. It’s time that the world recognised the man that was quite literally…born to sew.