SNEAKERHEADS: SURELY TRAINERS ARE NOT WORTH YOUR NET WORTH?

Written by Samuel Walters in Trends on the 16th November 2021 / Sneakerheads: Surely Trainers are Not Worth Your Net Worth? 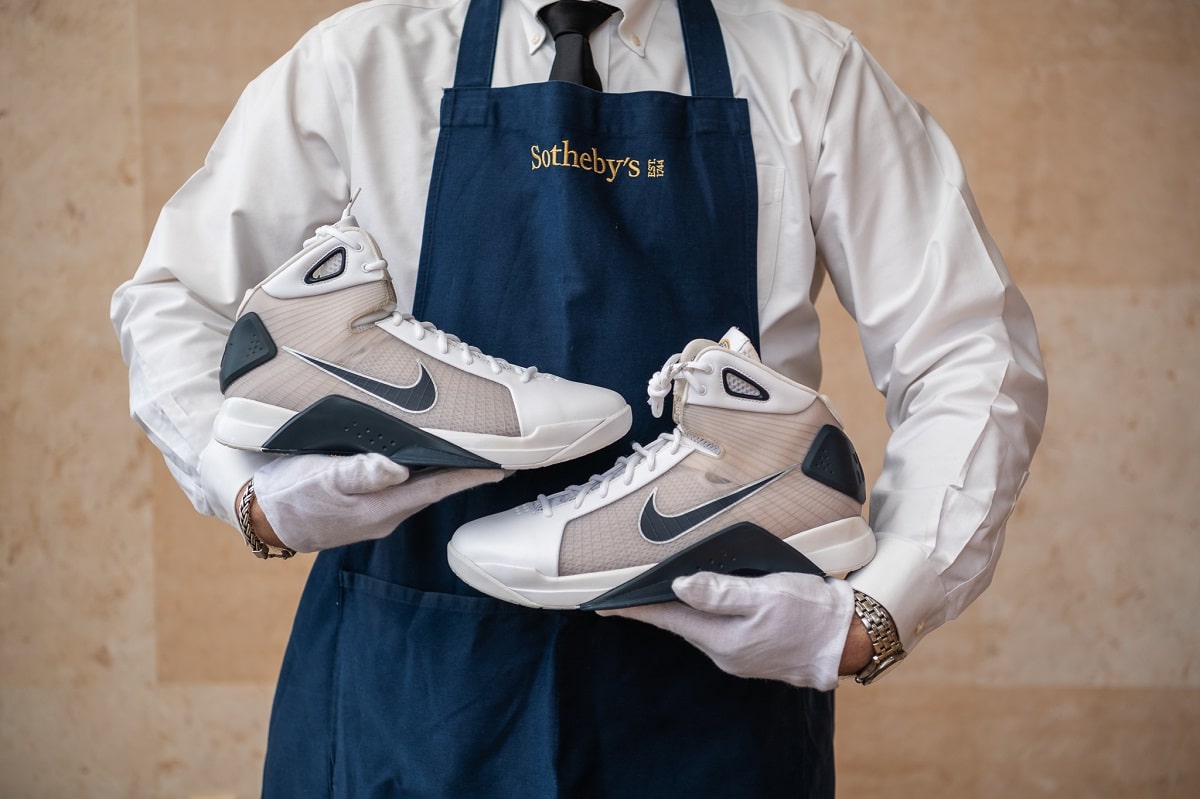 Unless you’ve been living under a rock for the last few years then you’ll know that a sneakerhead is not someone with an awkwardly shaped skull but is a highly dedicated collector of sneakers. (Or trainers, as we traditionally refer to them here in Blighty.)

Collecting trainers has slowly progressed over the years from a relatively niche hobby to something rather prestigious. A mark of just how far it’s come is that the world-renowned auction house Sotheby’s, typically associated with flogging paintings, fine wine, Ming vases and priceless Fabergé eggs, now deals in trainers. If you think I’m pulling your leg then peruse their site and you’ll find a pair of Nike Air Force 1’s (Love Promo – Pro Bowl 2007) for $3000 and a pair of Nike ‘Pre’ Montreal Track Spikes for $8000. Rival auction house Christie’s is in on the action too. They had an Air Jordan sale in June in which one pair from back in 1984 – Air Jordan 1, High, “Black/Red,” Salesman Sample & Briefcase – realised a whopping $27,500. 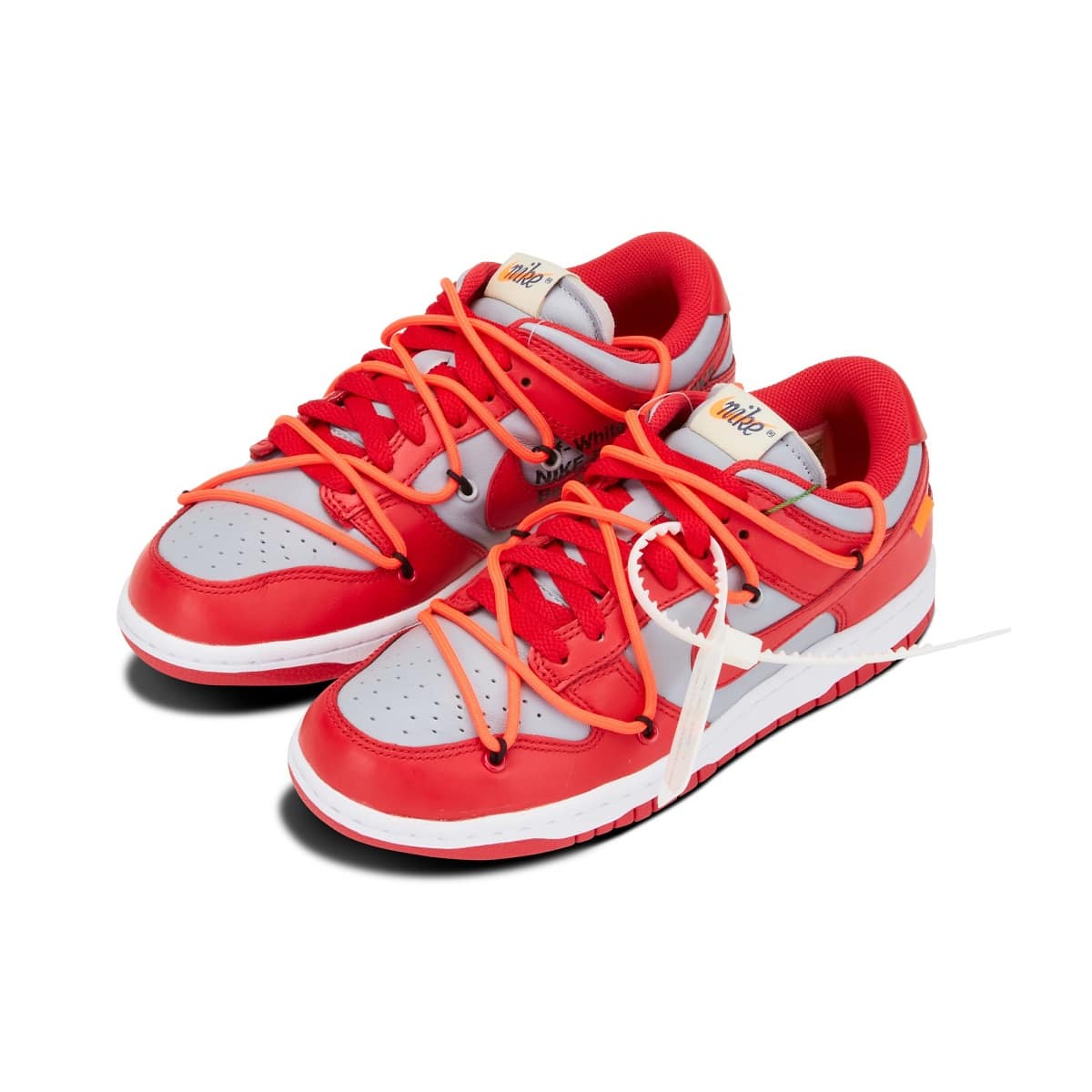 If you ever happen to possess the cash to splash on such pricey auction lots then I strongly advise you not to wear them to the gym or to sticky-floored nightclubs. But I don’t think anyone needs this advice, do they? Everyone understands that collecting trainers isn’t about buying shoes for going out but for staying in – preferably in their original boxes, tucked away in a cupboard and only to be exposed to the air for occasional admiration, usually when a camera crew comes to visit your crib.

MenswearStyle readers had a slight head start on all this as we first looked at the world of sneakerheads back in 2017 – Peter Brooker had sneaker aficionado Kish Kash on the podcast to talk about his collection of several thousand pairs! There’s no contesting the popularity of this scene now; but, personally, I must admit that I think the whole thing is all quite ludicrous. 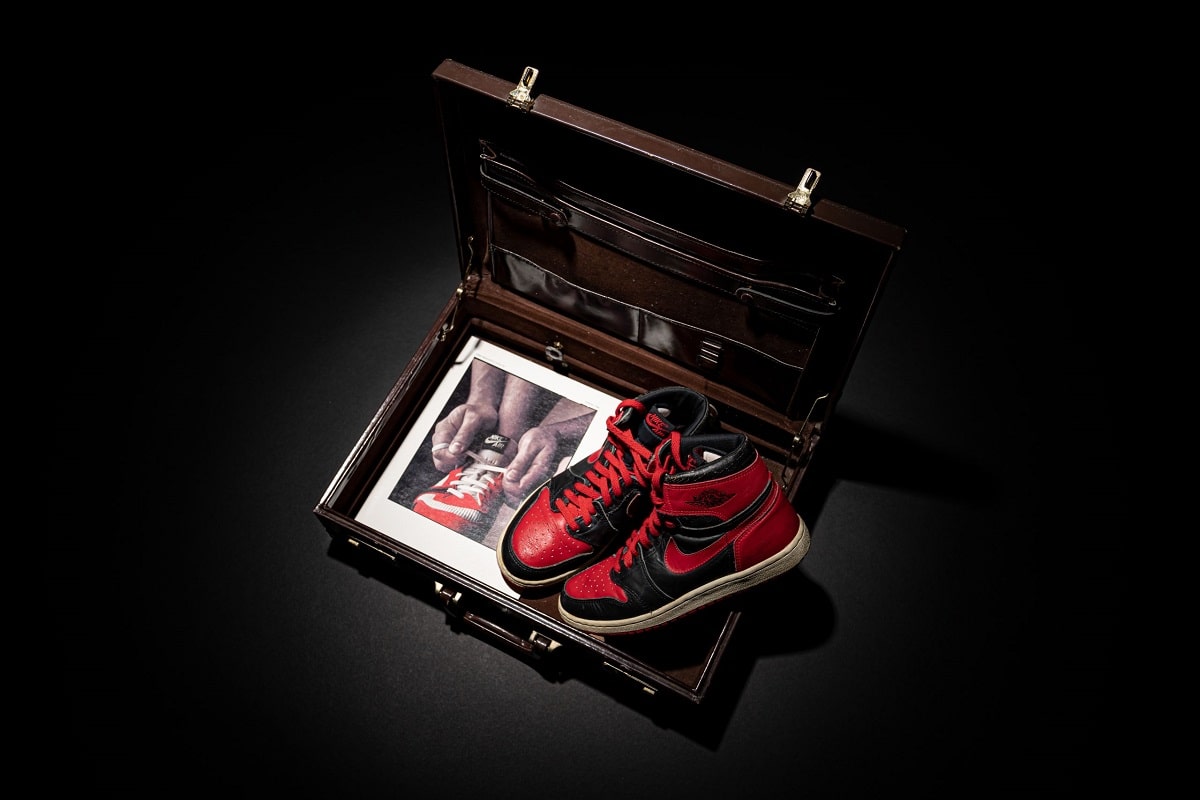 I know I wrote recently about preferring trainers to smart traditional shoes for everyday life, but the trainers I choose to wear are anything but pricey or collectible. And I tend to have just one pair at a time, battered and bruised – just how I like ‘em. A rather predictable pair of Nike or New Balance vintage style running shoes usually does the job for me. Although, now I think about it, I did once own some green suede Air Max Ones. I concede that these were a bit on the smart side, but they don’t really count as I bought them in a sale and they were so comfortable that I actually wore them out in a matter of months by going for numerous long walks in them – the absolute antithesis of a sneakerhead. 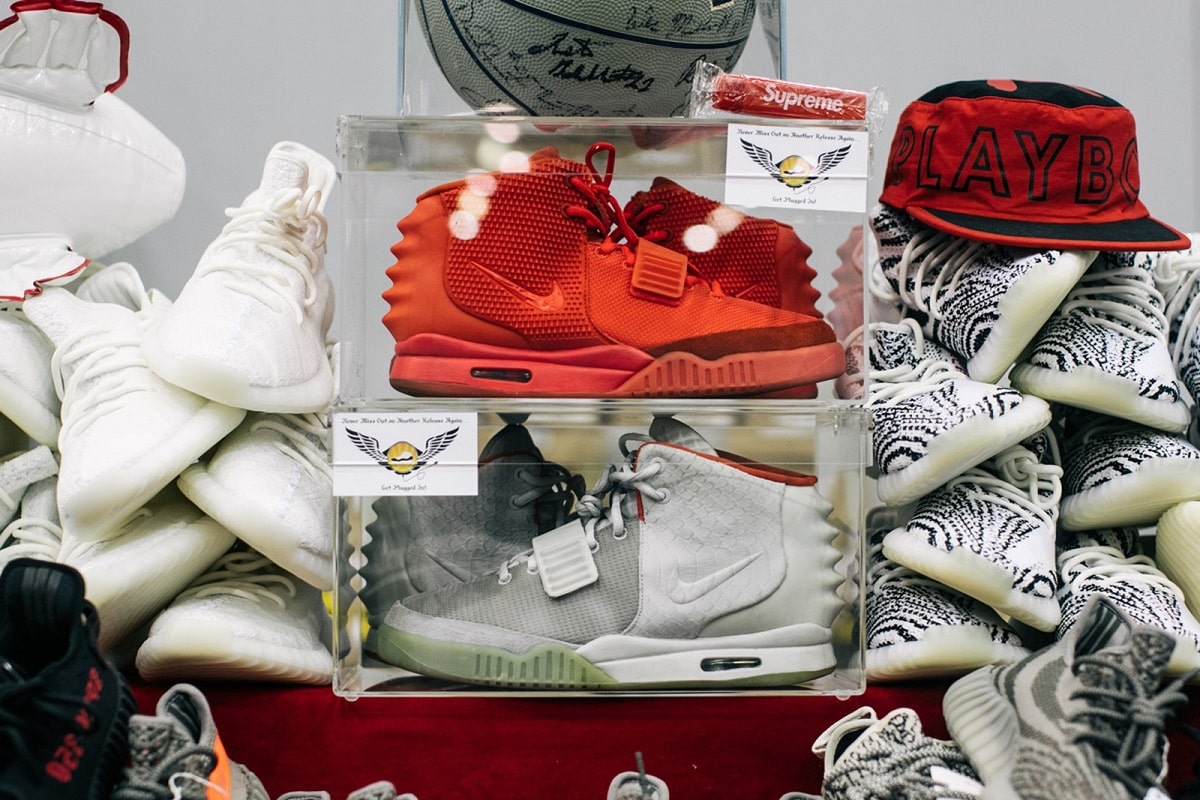 Of course, though, what I can’t argue with is the fact that being a sneakerhead can be hugely profitable. Collecting the things is only half the game – the other side of it is selling on the rarities to willing buyers. There’s even a website called sixfiguresneakerhead.com which specialises in advice about… you’ve guessed it, making six figures by reselling trainers. The site is obviously presenting a dream, and if you can make money this way then good for you. But if you pursue this dream, what you’re really becoming is not a trainer connoisseur but a trader. It’s not really about enjoying trainers, appreciating clothes or exploring men’s style. It’s got nothing to do with any of that. It’s about cash. The trainers are completely arbitrary. They could be shares, oil, property… any commodity whatsoever. I’m not for a moment here trying to suggest that this shouldn’t be allowed or trying to encourage a socialist revolution, I just find it all, ironically, rather sole-less. 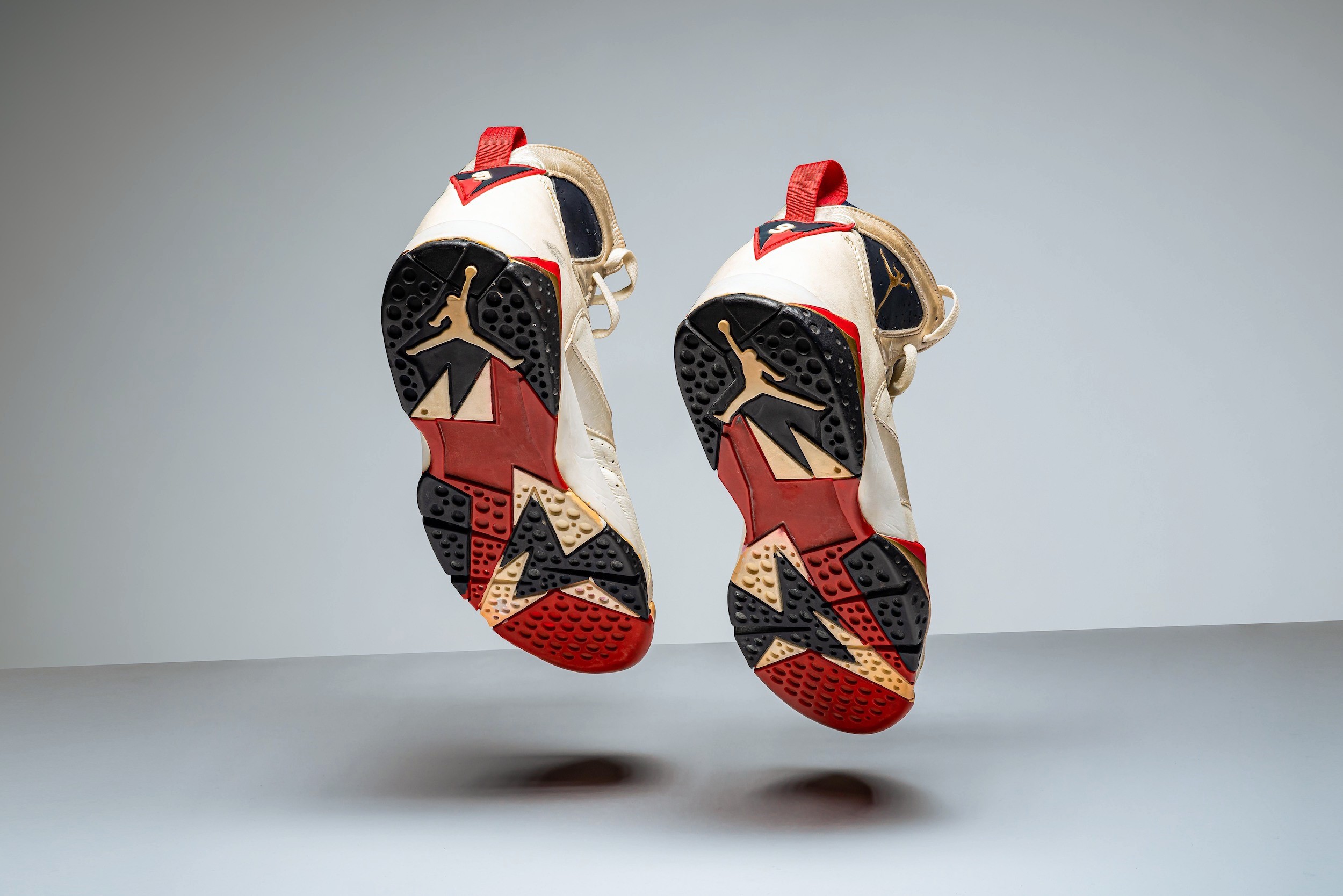 So by all means spend vast sums on trainers – trade them, keep them boxed up, display them behind glass, do what you like with them. But remember that ultimately these are still just… trainers. They’re not made-to-measure, hand-crafted, whole cut leather shoes that take a lifetime to gain the skill to create. They’re not a tailor-made Savile Row suit that requires decades of training to perfect. And they’re certainly not unique oil paintings. In nearly all cases, they’re factory-made shoes that gain their status because some other bloke has worn them to play sport in, or that have rarity because only a limited number were flung off the production line. Have fun with the sneaker scene and the trainer market, but please, don’t be a sucker!