WHAT TO LOOK FOR IN A MEN'S OVERCOAT

FROM FABRIC TO FIT, HERE'S HOW TO FIND THE RIGHT OVERCOAT 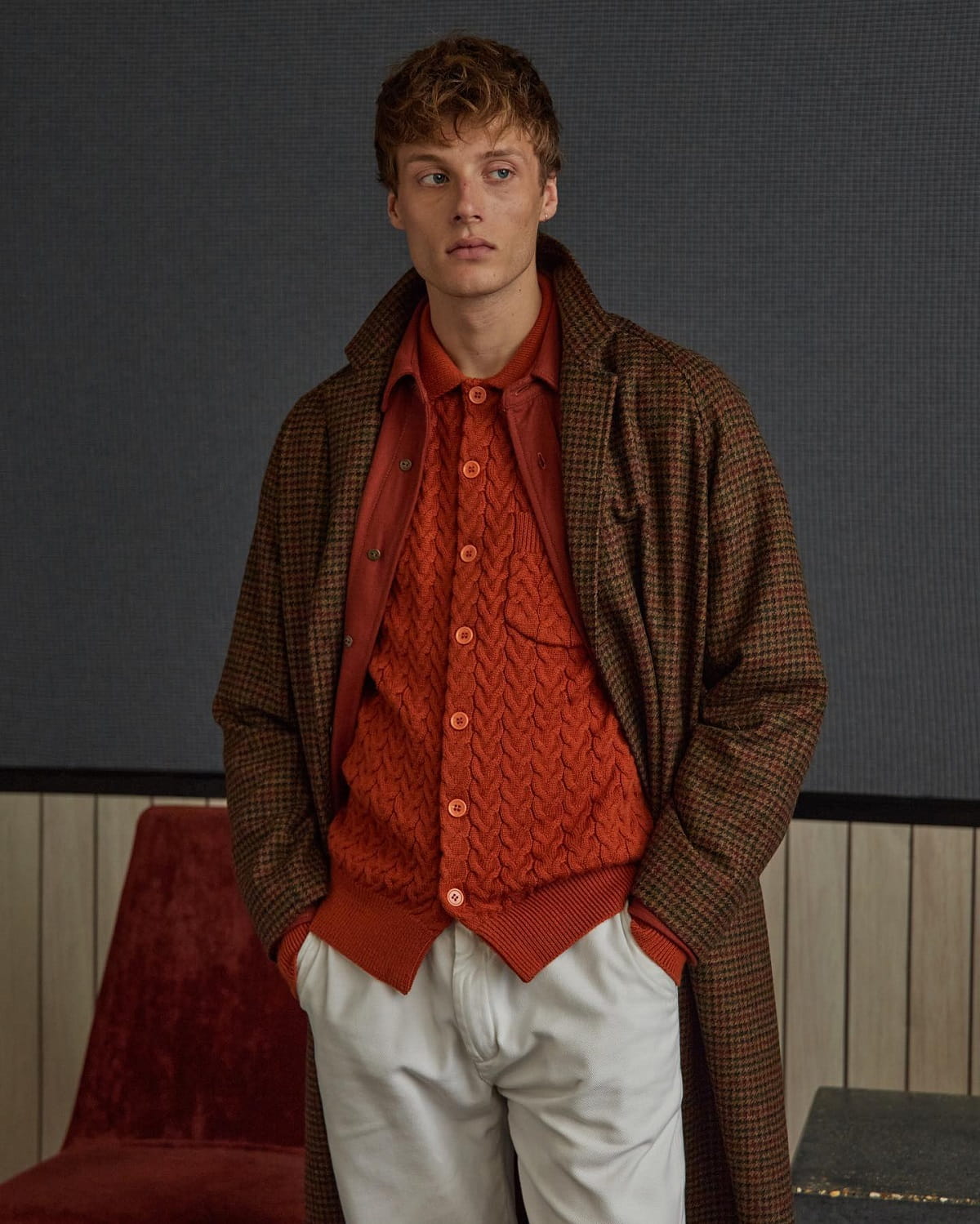 Admit it – it looks and feels awkward whenever you put on a suit or even a suit jacket and wear a puffer or parka on top. You notice a visual disconnect between your dressier garments and your more casual, headed-to-the-slopes inspired outerwear. As well, you feel a tightness around your arms and shoulders, and once you arrive at work or wherever you’re headed, you spot wrinkles on your garments.

If you’re dressing up – or simply striving to look more put together – you go all the way. That’s where an overcoat comes in. Although searching for one mirrors the process for a suit, which we’ll get to shortly, it’s also one of the most versatile pieces of outerwear you’ll own. Suits to denim and even joggers, it’s game, so consider investing in something higher quality. 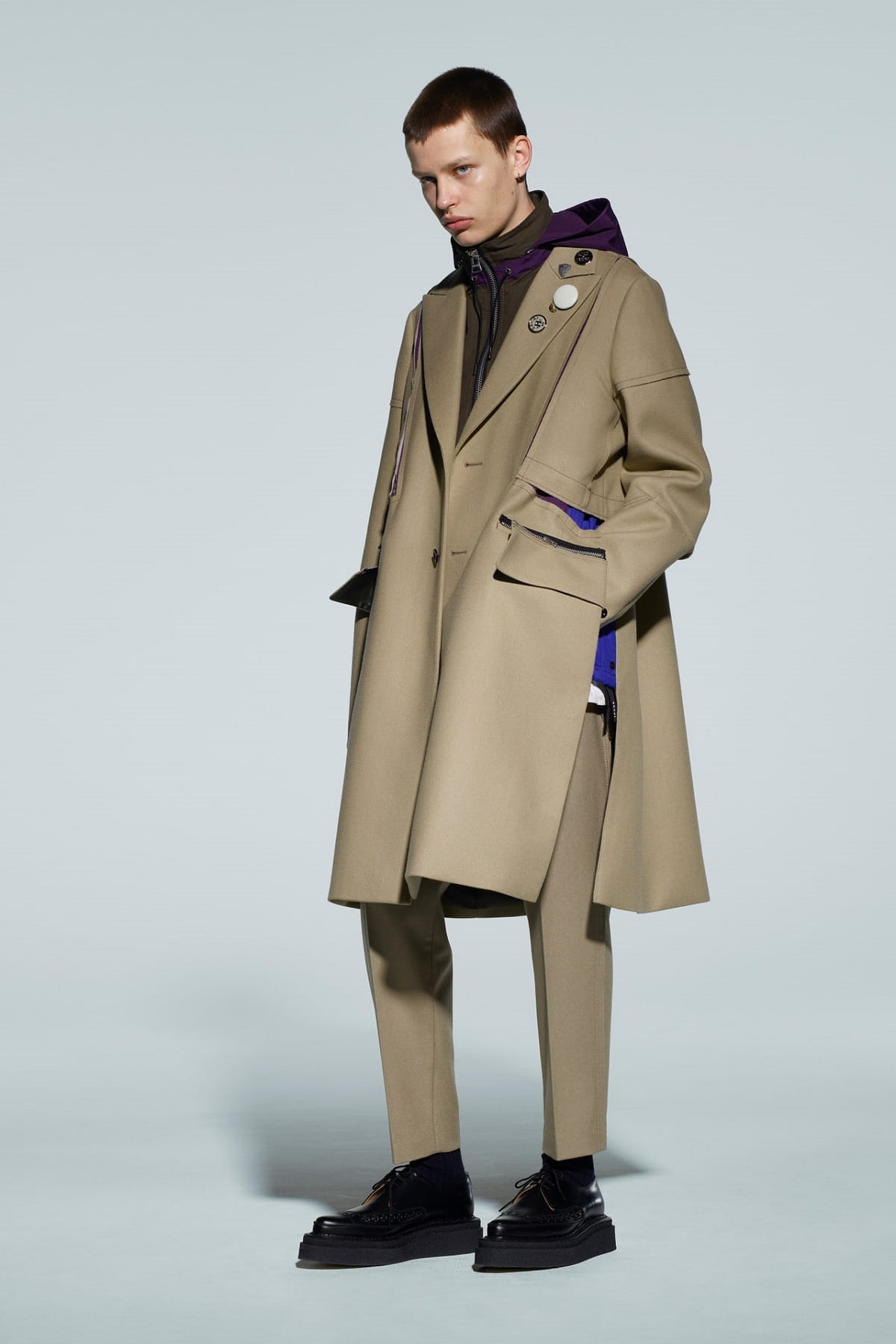 What is an Overcoat?

By design, overcoats are a midweight to heavier garment that falls anywhere from the knees to your ankles. Like your suit, it features a collar, lapels, and breasted design. Construction intentionally fits over a suit jacket, and you’re advised to keep this in mind as you shop around. Whatever you select needs to fit over rather than crush your shoulders and cramp your arms, and should neither constrict nor voluminously drape over your suit. Essentially, it’s one streamlined garment fitting over another.

Although lighter materials exist – for instance, trench coats suited to rainier conditions – most overcoats use wool or cashmere fabric to keep warmth in and provide some everyday degree of protection from the elements. As such, it’ll take you through autumn and winter by itself or with a layer underneath, and into the spring thaw.

Considering these points, overcoats fall into three basic types. A traditional overcoat features a mid- to heavier-weight wool or similar material with long sleeves and a vent up the back. A topcoat takes this template and lightens it up in terms of weight. In the other direction, a greatcoat pays tribute to the garment’s military origins with heavier, stiffer construction meant for colder conditions. 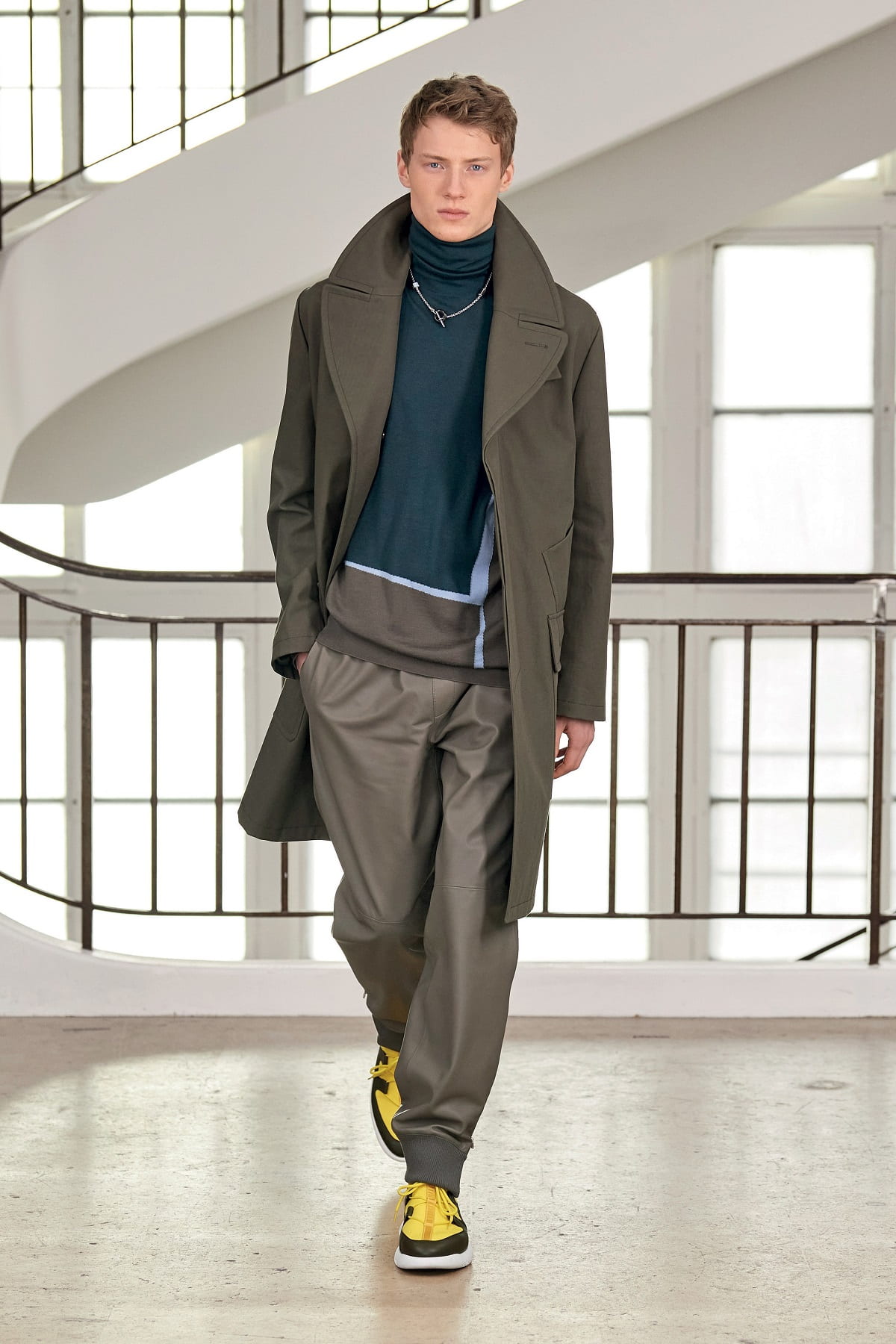 Deriving from a combination of military history, textile use, and bygone upper-class hobbies, overcoats encompass the following forms:

Just as with suit jackets, this is the most common you’ll find, especially if you keep your search to department stores and High Street retailers. Versatility is on its side. Although certain naming conventions have gone out of favour, your standard single-breasted overcoats include the following:

- Chesterfield: This is your basic single-breasted coat, named after the Earl of Chesterfield. A straight, dart- and belt-free garment falling past the knees that has a collar, notched lapels, and no cuffs.

- Covert: Although visually similar to the Chesterfield, the Covert coat started as a hunting, horseback riding, and outdoor style. Material differentiates it, with a heavier, more weather-resistant fabric used. As a result of its original purpose, you’ll typically spot this coat in green to brown or tan hues.

Double-breasted suit coats tend to present more variation, but also like your suit jacket, they fall in and out of popularity with the years. Basic types include:

- Ulster: The name referencing a region of Ireland further acknowledges the material commonly used – Donegal tweed – and wider lapels with an indent that’s part notch and part peak. The result, due to the material and visual variation, tends to feel less formal than the other offerings here. 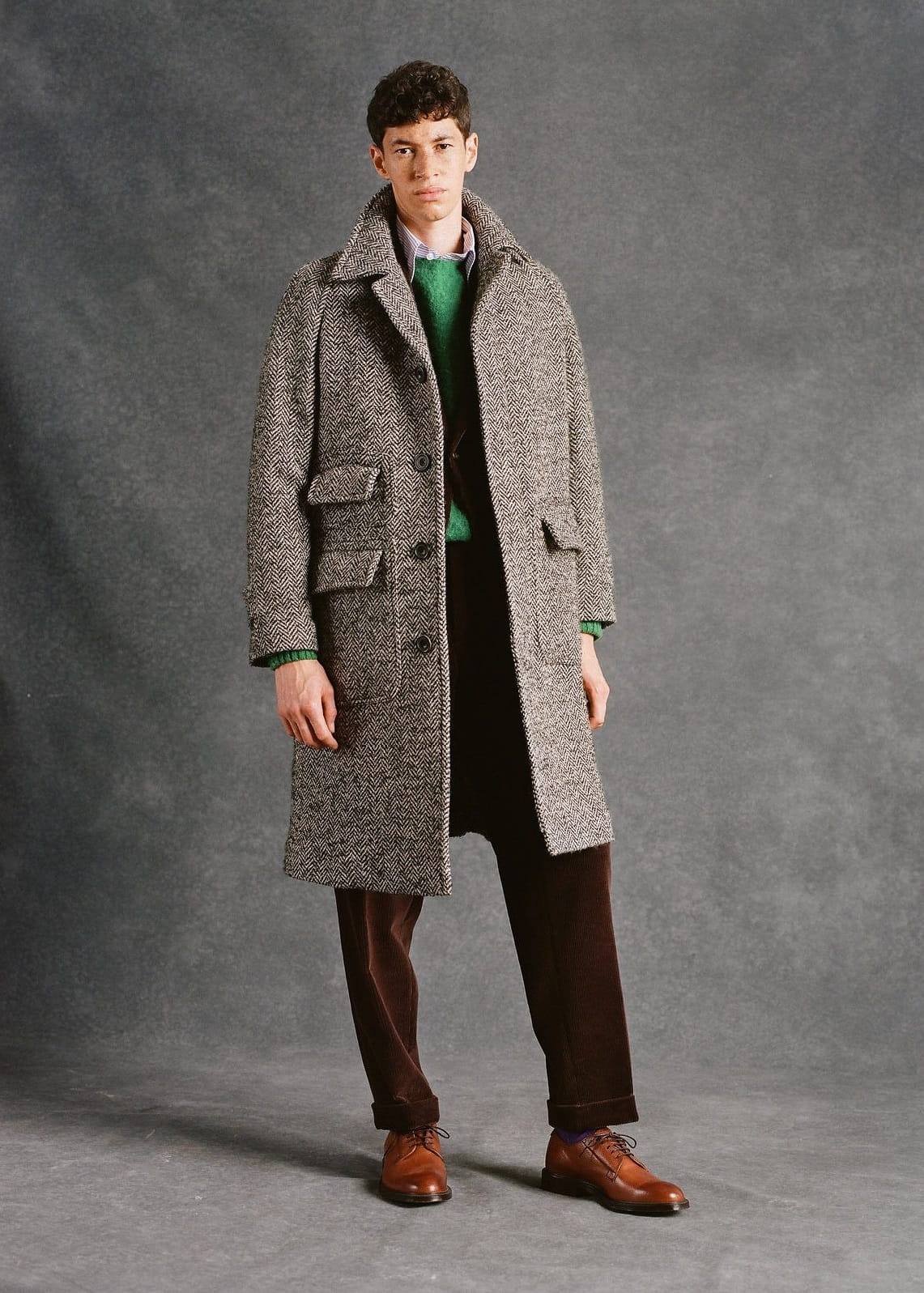 Other Types of Overcoats

Some may argue that the peacoat is essentially a type of overcoat and thus deserves a separate category. In general, the typical modern peacoat takes a paletot form and simply shortens the length, so that it falls to, if not above, the knee.

Beyond this distinction, the trench coat – or mac – uses a lighter, water-repellent material with a doubled-breasted form, belt, and usually a flap or “storm patch” meant to divert water away from the wearer.

As another variation, the polo coat – more frequently called a camel coat in recent years – is an Americanized version of a European silhouette. Specifically with a tan to golden brown hue, it features a single-breasted design and midweight construction originally worn by polo players before being adopted by university students.

How to Find the Right Overcoat

Because your overcoat’s going to need to jive with your suit, consider colour, although nothing complicated: Avoid wearing black with navy together, and instead remain within that navy-charcoal-brown spectrum to stay safe. 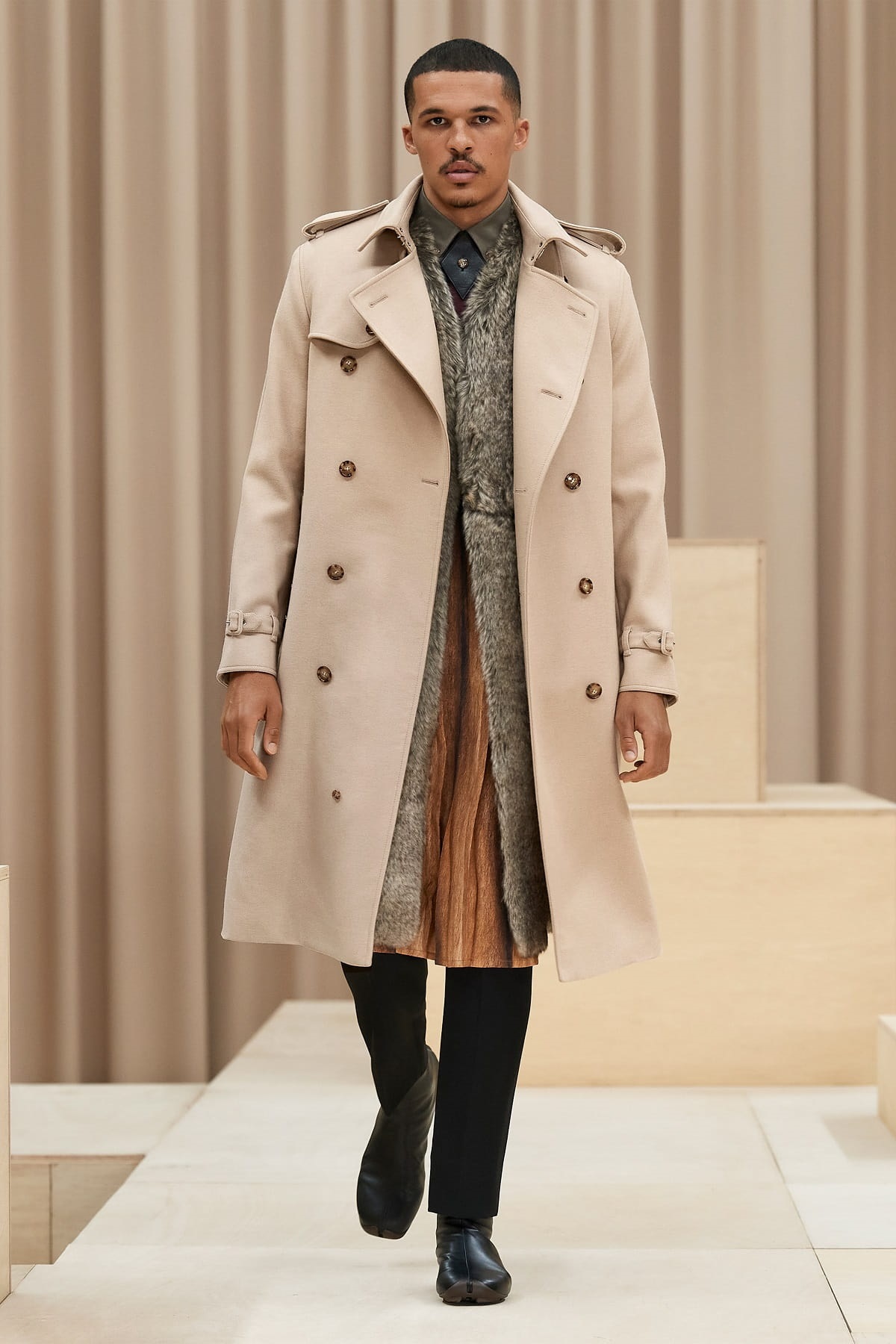 Avoid the temptation to settle for something based on looks alone. For longevity and versatility, seek out some kind of wool construction, which will not only last longer but shield you better from the elements. Cashmere is an option, but realise that while it may feel softer and less scratchy, it tends to show wear sooner.

Also similar to your suit, overcoats include a canvas lining. Cheaper constructions veer toward glue, which may warp or detach, while something higher quality includes a floating, sewn, or fused canvas. This aspect will last longer and is less likely to come apart with time.

As another broad tip, avoid an overcoat that doesn’t cover where your suit jacket falls. The premise might seem preposterous, but with peacoats now falling above the knee, you could end up in this scenario – plus have a garment that does nothing to protect your lower half from gusts of wind.

Although the “ideal” overcoat length remains up for debate and, to some extent, ends up being generational, consider a ¾-length coat: just below the knees but above the ankle to avoid a tent-like effect. 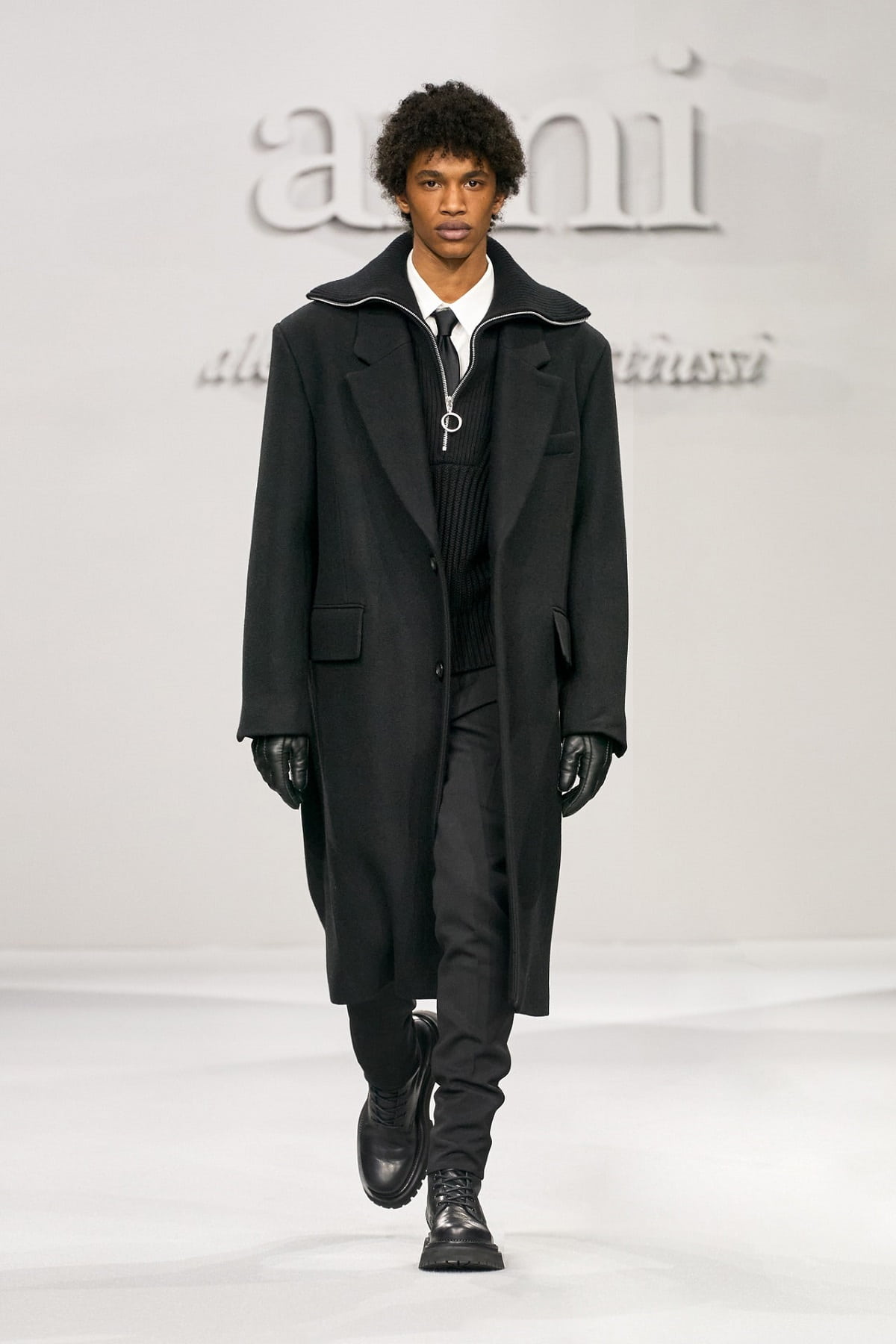 Know What Makes a Good Fit

Although ample options exist online, consider shopping for an overcoat in person – with your suit or at least the suit jacket on. This gives you a more accurate picture about how the garment will fit on your form. Make sure to look for:

- Straining when you button the coat over your suit.

- A jacket cuff that fully covers the suit cuff and ideally overlaps with your gloves.

- Shoulders that are too long or too high, creating a shoulder pad-like effect.

- Sleeves that sit too close to or feel tight around your arm.

- A natural range of motion, rather than feel your movements restricted.