WHY WASTING YOUR LIFE IRONING IS MORE ABSURD THAN CHASING CHEESE

Written by Samuel Walters in Tips & Advice on the 20th May 2022 / No More Ironing: Let the Creases Live! 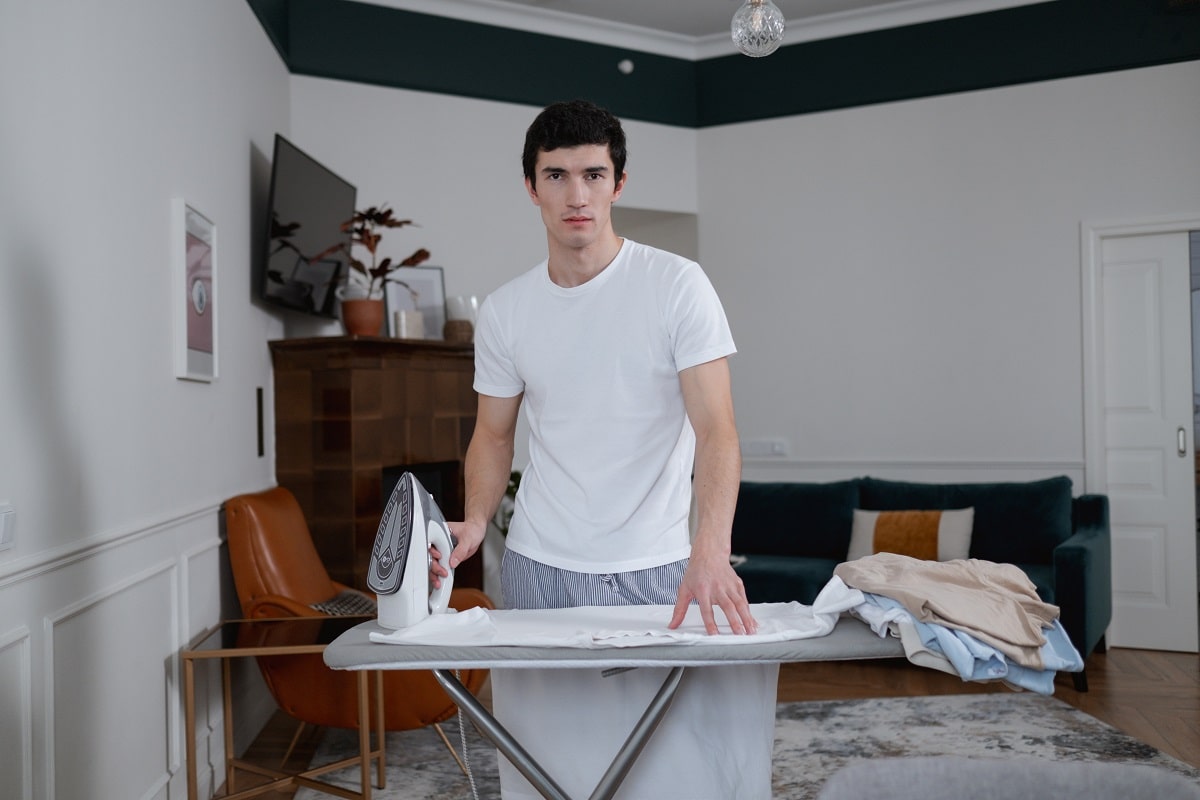 Think of a woman from the 1950s. Who do you have in mind? Marilyn Monroe? Grace Kelly? Or how about that classic image of the overworked, under-stimulated 1950s housewife? Prim, proper and pinny-clad, she’s chained to the kitchen sink and drowning under a pile of ironing – mostly her husband’s shirts. We’ve come a long way since then, but ironing is still a horrific blight on civilised life. Frankly, it’s a right pain in the pinny. Back then, it was just the women who had to deal with it. Now, it’s us men too. That’s not quite the idea of social progress, is it? Nobody should have to do any ironing at all! It must be the most absurd activity that the human race has ever invented, and we came up with chasing cheese down a hill.

I don’t understand it. The whole thing is so illogical. You’ve washed and dried your clothes and that should be enough. But you then have to spend precious time smoothing them over with a hissing, steaming hunk of metal, just to get out all the little wrinkles; wrinkles which then reform within minutes of wearing the clothes anyway. It’s madness. It’s futile. The fact that we all do it is a sort of collective insanity. 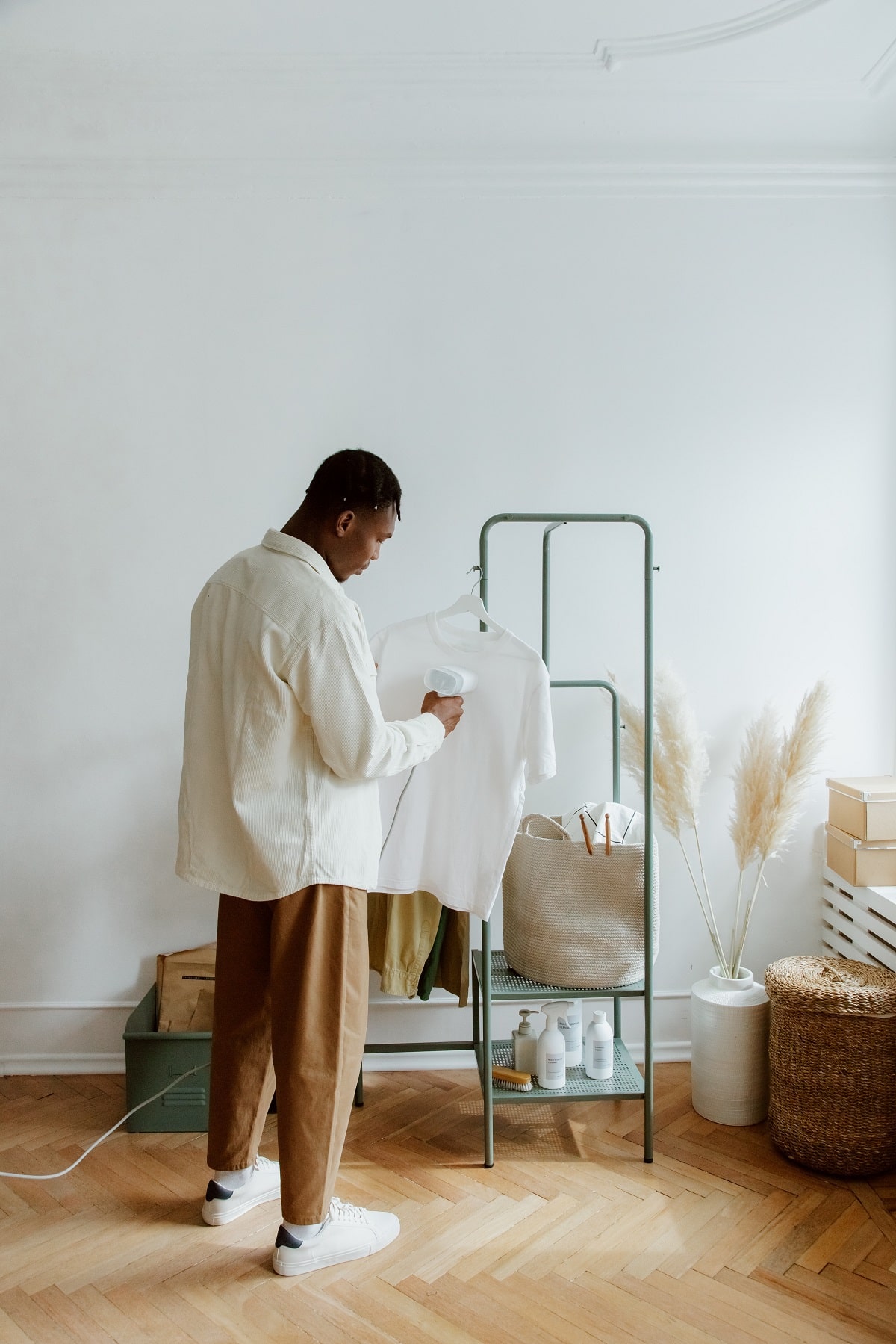 And yet, if you should dare to omit this critical step from your laundering and go around in un-ironed clothes you’ll be a laughing stock, quite literally. Once when I was temping in an insurance office, some poor sap (not me) came in wearing an un-ironed shirt and a group of five fully-grown men absolutely ripped it out of him. Their mirth was positively malicious. “Oh, get a life!” you might say to them. And you’d be right. But you can’t deny that crinkly clothes make a bad impression. It doesn’t make sense. It’s not like going around in clothes that stink of BO, is it? And it’s not like walking about the place with coffee stains and crumbs all down your front. It really shouldn’t be a big deal at all. But it is a big deal, and it all comes down to our associations. As a society, we associate creases with disorder. Creased clothes seem to tell the world that you’ve fallen on hard times, maybe even that you’re losing your marbles. I don’t know where these associations come from; perhaps it’s a hangover from extreme Victorian morality and the extreme sartorial standards that matched it – spit-and-polish and starched white collars and those razor-sharp hospital corners on tightly made Florence Nightingale beds. …Just an idea. But whatever started it all, it’s now got to stop. It’s all gone too far. Some people are currently so brainwashed that they iron pants and socks. Some even go beyond clothes and linen and iron their newspapers. They’ll be ironing the lawn next! 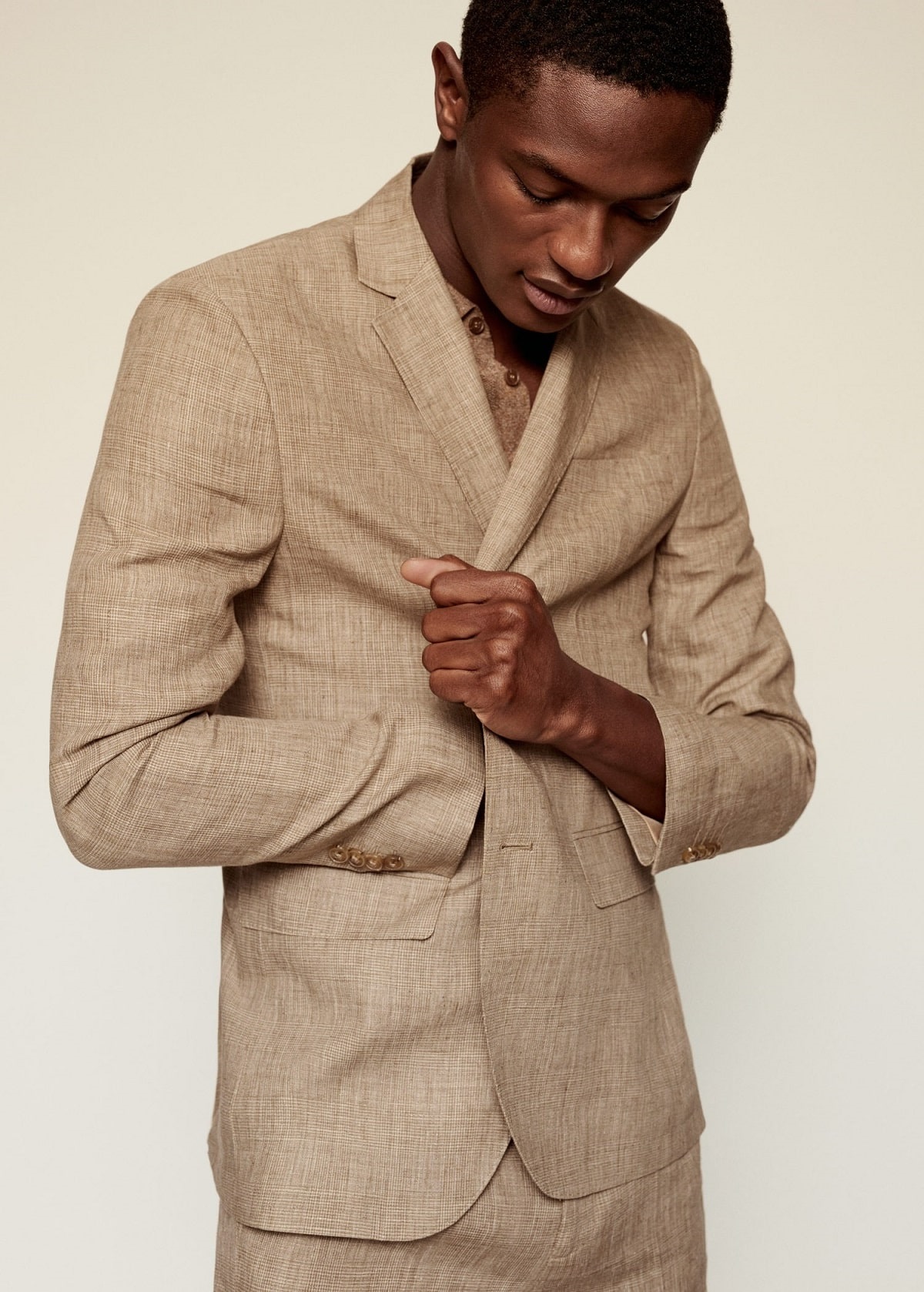 We can’t just go on and on wasting our lives ironing. Yes, “non-iron” shirts exist, but they don’t work. They’re never actually crumple-free are they? And yes, there are “easy-iron” shirts that save you some time, but you’ve still got to get the iron out, haven’t you? And yes, you can pay someone to do your ironing for you, but why the hell should you have to? And, more to the point, why should they have to do it either? Look, I want to make a stand here and now. I want to urge all of you reading this to start a sartorial revolution with me. Let’s liberate ourselves from this absurd practice and the tyranny of our anti-crease society. I say – “LET THE CREASES LIVE!” All it will take is a few chaps with a bit of swagger to lead the way and show the country that crumpled garments can be smart. Then, in a few years, the whole world will be set free. I don’t pretend it will be easy, but I know we can do it!

So say NO to the iron, no to the press,

You can’t tell us how we should dress!

No more steam and no more boards,

We won’t conform just to please the hordes.

Down with the foolish, unthinking “perfection”,

Wrinkles and creases deserve our affection.

Let fabrics be free and dispense with the chore.

Relax and unfold; break out of the mould,

It’s time we cut loose from this habit of old.

So rumple and crumple; scrunch up and bend,

Let’s show the iron some steel; its time’s at an end. 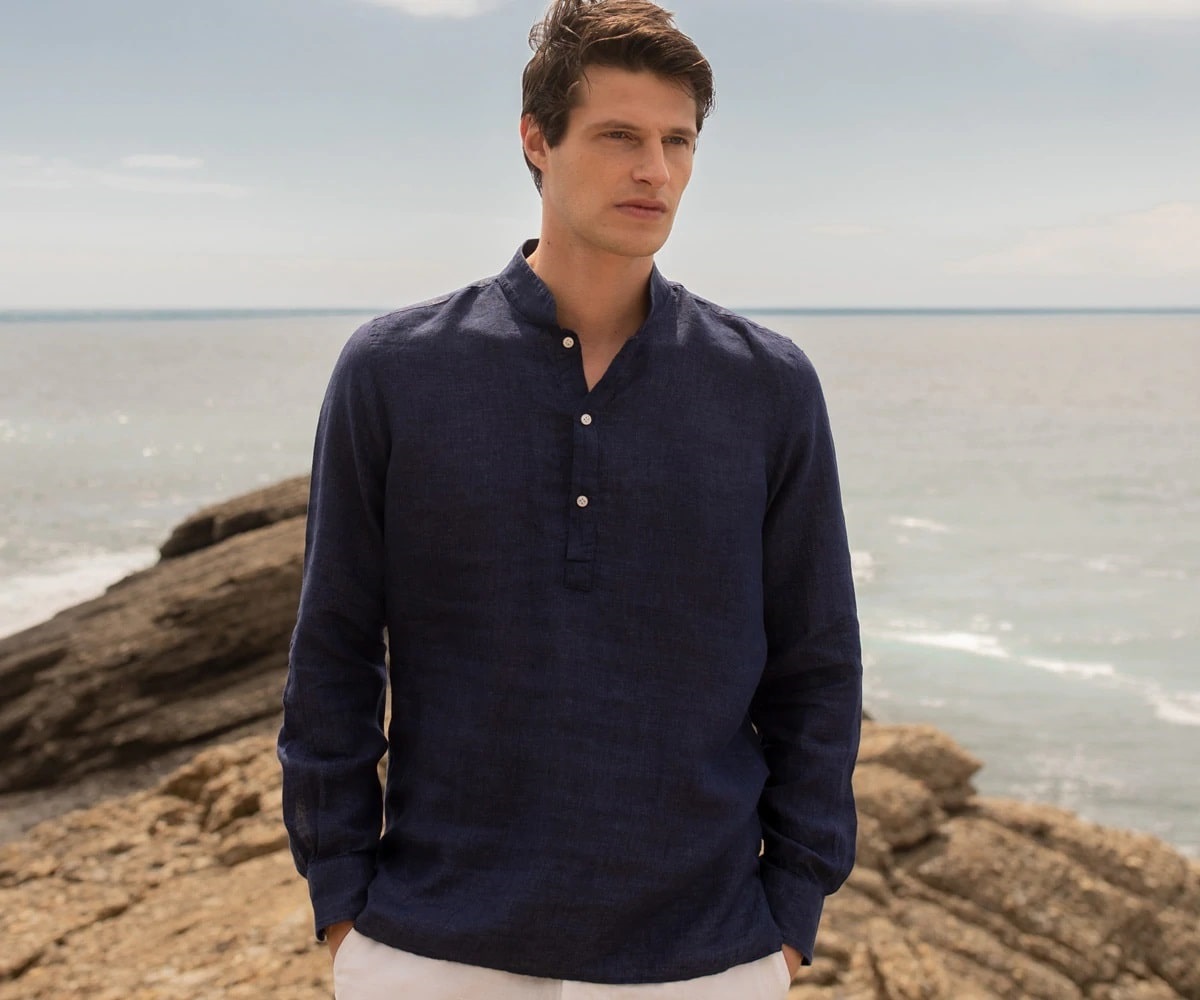 …OK. That’s quite enough of that. I’ve said my bit. It’s down to all of you now. FULL STEAM AHEAD! …Or not, as the case may be. (…By the way, if you’ve somehow failed to be inspired by my revolutionary zeal and wish to continue ironing, remember that you can always listen to a Menswear Style podcast to keep your mind stimulated while wading through those shirts!)