WE REVIEW THE ULTRA STYLISH LONDON HOTEL DURING LCM 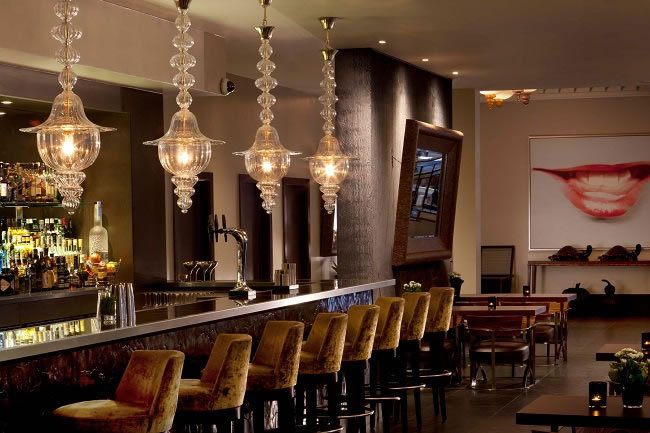 During this month’s London Collections, we partnered with the Radisson Blu Edwardian as the ‘Official Blogger in Residence’. The London hotel had a Vodafone charge point, GQ branding in the lobby, a MenswearStyle lounge, designer cocktails and they also held a few key fashion week events onsite too.

It felt like we were at the heart of men's fashion week, from the many stylish people hanging at the cocktail bar to the fact that all three of the runway locations were just around the corner.

Our room had everything you could possibly need - a neat workspace, big TV, a huge comfortable bed and a massive bathroom big enough to run a yoga class in.

The interior was modern, stylish and immaculate. It’s the kind of place you’d easily imagine yourself living in, and be very proud of. A nice touch was the iPhone docking system on the alarm clock which came in handy for emergency charging. If we had a penny for the number of times we’ve forgot our phone chargers on trips! 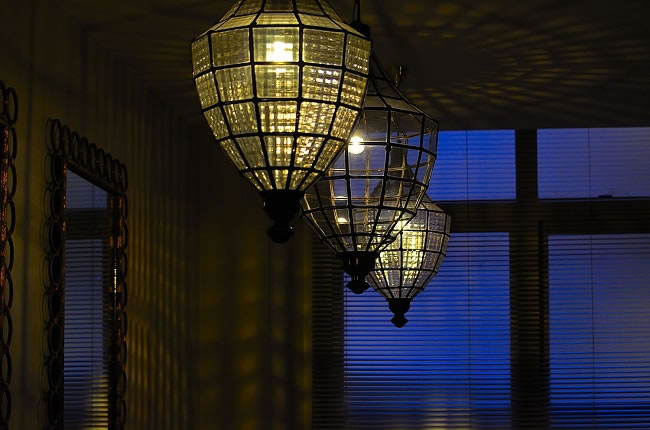 The Steak and Lobster restaurant certainly makes for a fast decision when choosing from the menu since they only offer two options. The waiter we had was great too, he gave us a friendly and patient lesson in dissecting a Lobster the proper way - handy since we didn’t have a clue where to start!

Also, if you’re like us and judge a hotel by its breakfast offering, you’ll definitely love this one! 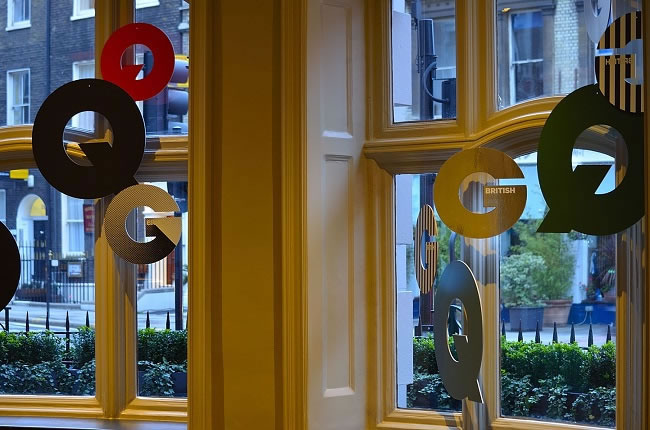 GQ branding in the lobby windows

Fashion week's can be pretty exhausting and if you’re seeing shows back-to-back, there comes a point where being somewhere warm and quiet, with a comfy sofa becomes your sweetest dream.

HQ for Menswear Style during LC:M was the Radisson Blu Edwardian on Bloomsbury Street, just around the corner from the British Museum. Having a desk, umpteen power sockets, wifi and an unlimited supply of tea was heaven.

So often, writing is a solitary occupation and it was great for the team to come together for an afternoon tea to chat, debate the shows, get to know one another and form a stronger bond as a creative team.

Having the afternoon tea party for the writers made the team feel at home. They felt really comfortable popping in and using the suite as their base to recover, work and talk with their fellow writers/photographers. 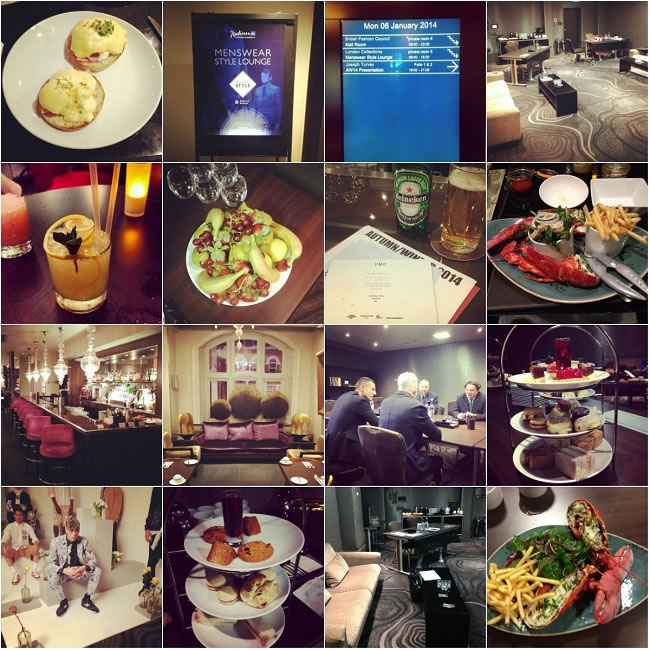