LC:M PROVIDED THE STAGE FOR A COLLABORATION BETWEEN TOP DESIGNERS AND THE WOOLMARK COMPANY 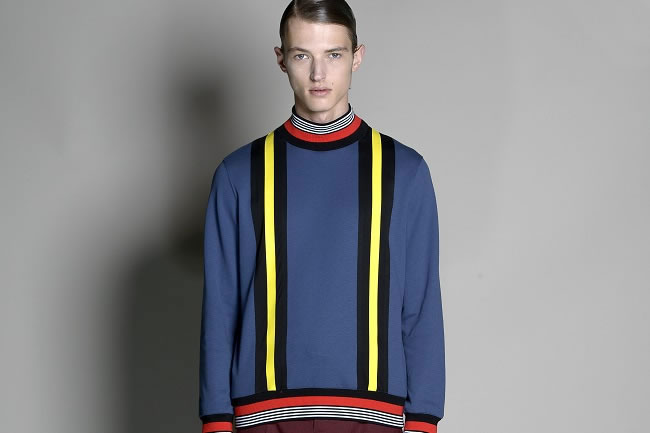 The London Collections wrapped up their Autumn Winter 2014/2015 season last week and provided not only the perfect stage for designers such as Lou Dalton, Christopher Raeburn and Jonathon Saunders to showcase their creations, but to tell their story using one of the oldest and most versatile fabrics: wool.

The Woolmark company (who has been involved with the Mens collections since its inception), owned by the Australian Wool Innovation (AWI), a not-for-profit company owned by 25,000 woolgrowers, collaborated with designers in a bid to promote merino wool within the luxury sector and the results did not disappoint.

Although the fabric, in essence remained the same, each designer's interpretation was distinct in creativity and execution and demonstrated the versatility of wool for the season that demands the unique properties, such as resilience and insulation.

Lou Dalton's collection brought the audience to rural Britain, where her story revolved around a young farmhand whose clothing had to work hard and bore the effects of an outdoor lifestyle. Bleached separates mimicked the effect of industrial chemicals on utilitarian pieces, but these were softened by pairing with Fair Isle knits and corduroy jackets.

Even the more smart suits had a relaxed and loose silhouette, that was more akin to a boiler suit than Saville Row. The standout item was a cropped pea coat in heavy navy wool perfect for performing double duty as elegant outerwear and protection against the elements.

For Dalton, the advantage of the collaboration was one of access to Woolmark licensees and new suppliers through the Wool Lab, which also served as source of inspiration.

Speaking of harsh elements, Christopher Raeburn journeyed north to the Arctic, where dispositions, resources and fabrics are pushed to their limits.

The 'Polaris' collection included knitwear, which was a first for the designer, in the form of merino base layers, jumpers with polar bear motifs and rubberised wool for heavier pieces. Raeburn also alluded to the resourcefulness of an explorer by repurposing sheepskin from Siberian Army Officers coats into yeti-like overcoats and turning sleeping bags into oversized quilted parkas.

Jonathan Saunders took a slightly more tongue in cheek approach, pulling inspiration from the disgruntled and maligned youth of the eighties, with a collection that thumbed its nose at traditional, sedate clothing.

For each interpretation of the season, wool has proved its' worth as a luxury fabric with countless functional and aesthetic advantages and with the innovation of Cool Wool, a lightweight merino wool that wicks away moisture from the skin, it looks to be a perennial favourite for designers and consumers alike. 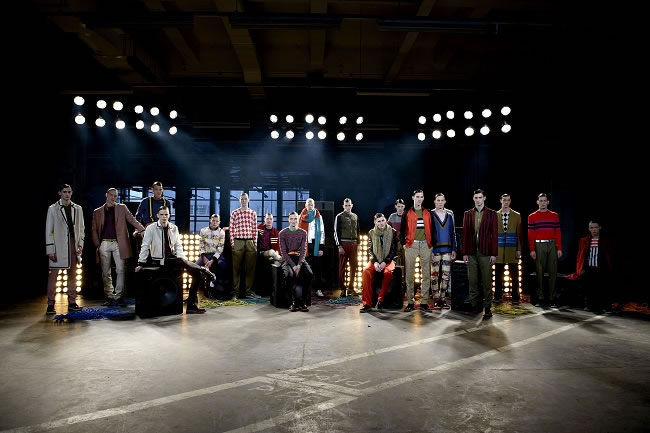 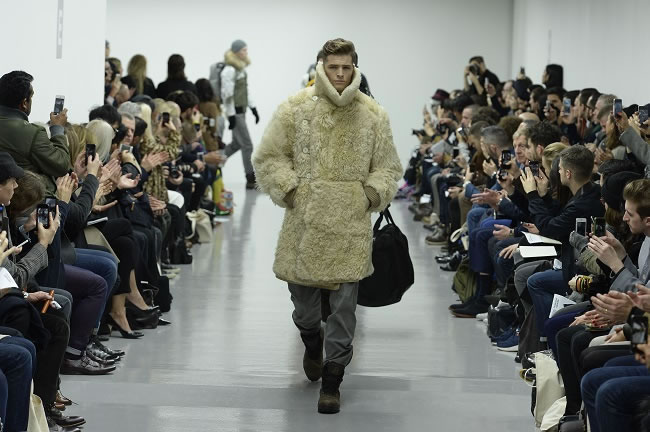