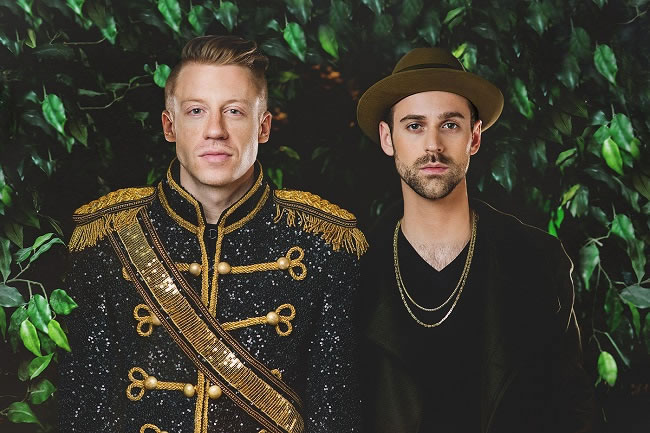 The Grammy 2014 triumph was a small step for Macklemore and Ryan Lewis, toward one giant leap for equality.

Besides seeking a way of expanding moral standards of humanism, these guys are cracking varied dress-code standards (including black tie and rappers quintessential attributes), taking a turn for the better side of swag.

We captured Ben Haggerty (Macklemore) and Ryan Lewis’s significant and soon-to-be iconic fashionable moments that has already made a mark on the Grammys history book, while single-handedly mocking the hip-hop establishment.

Macklemore purposefully neglected the red carpet’s impositions too. The American singer wore a teal velvet tuxedo, accessorised with a black bow tie and precious regals. His signature fringe was easy to spot too. 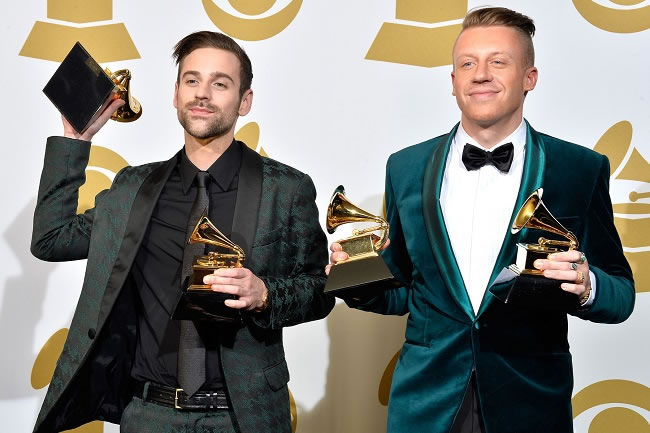 Thankfully, the urban lower-class has now been transcended into urban high-class, providentially revealing a different side of the baggy trousers ensemble (a cheap, meaningless and off-putting one). Henceforth, closet rappers, please take note! 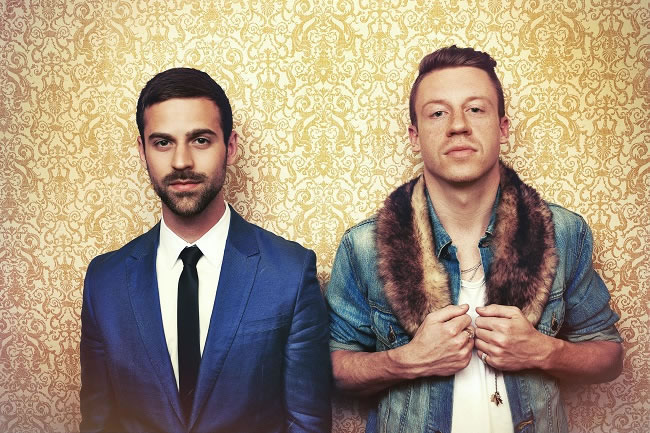