FARAH AT THE KOSMONAUT COMEDY EVENT 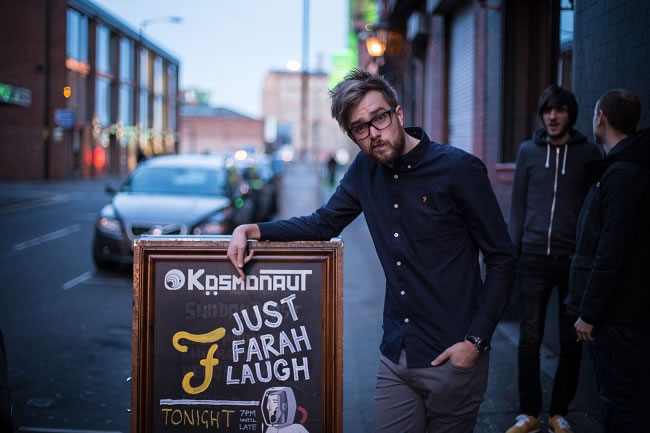 Hidden down one of the many back streets of Manchester’s Northern Quarter, Kosmonaut has quickly become a fire cracker of a venue, providing a mix of ales, beats and table tennis.

This New York style bar was therefore a fitting venue for US brand Farah to host their inaugural Just Farah Laugh event, with the snap and crackle of the night provided by comedians Iain Stirling and Alex Smith.

Launching their Spring/Summer collection, Farah’s selection of the venue was a reflection of the brand, with the low ceiling room, girders and exposed brickwork, the perfect complement to the understated cool provided by Farah’s Vintage collection of standout prints and retro styling.

The brand perfectly strikes the fine balance between smart and casual, with designs ranging from a subtle, embroidered Farah logo, to a Dinosaur print shirt, this is a collection that works, whether for a day at the office, or partying into the early hours after.

Secreted away in the basement of Kosmonaut, a sign upon entry apologised for the lack of table tennis due to the event, but the lack of wiff waff was more than made up for by some nifty laughs provided by Alex Smith and Iain Sterling.

Rounding off the trifecta of comedy, fashion and music, the soundtrack for the night was supplied by DJ Len, who kept the assembled crowd bobbing their heads prior to, and shaking their behinds well after the comedians had left the stage.

Alex Smith kicked off proceedings with his brand of music themed comedy covering the likes of Maroon 5 and Cyndi Lauper, as well as warning of the dangers copulation involving butter.

His rising comedic standing and musical talent is also backed up by a masters in stand-up comedy, which yes, is a real thing. 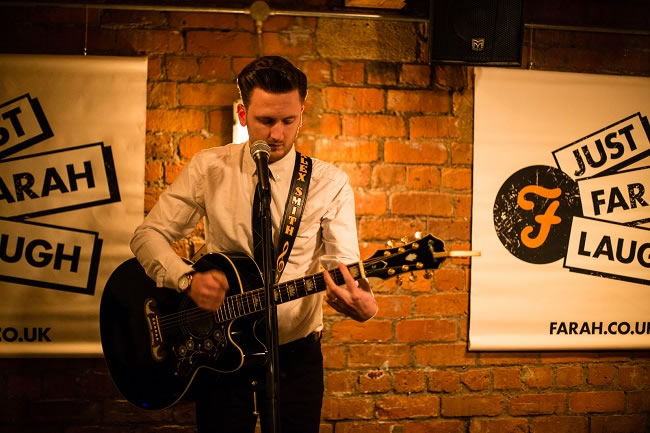 Smith was swiftly followed by Iain Stirling, who is quickly becoming one of British comedy’s hottest commodities, off the back of deserved BAFTA and Chortle nominations.

The Edinburghian comedian delivered a set that proved he is both Stirling in name and sterling in nature, blazing a trail of laughs through Scottish independence, hipsters, M&S and his new house in Manchester, which he will rent to you (he’d be an awesome landlord).

For an industry that can sometimes take itself too seriously, it was refreshing to see Farah embracing comedy to create an innovative and fun- filled night.

If Manchester can continue to attract stylish brands and innovative comedians to its stand-out venues, it will continue to cement its position as the UK’s second city of fashion. 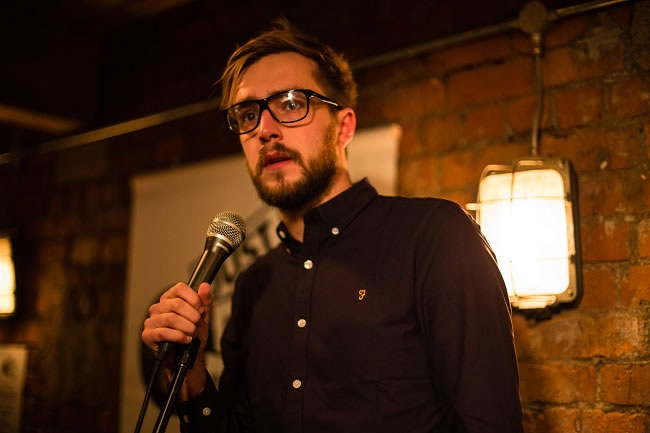