A SHORT HISTORY OF THE POCKET SQUARE

AN ILLUSTRATIVE LOOK AT THE MEN'S POCKET SQUARE ACCESSORY 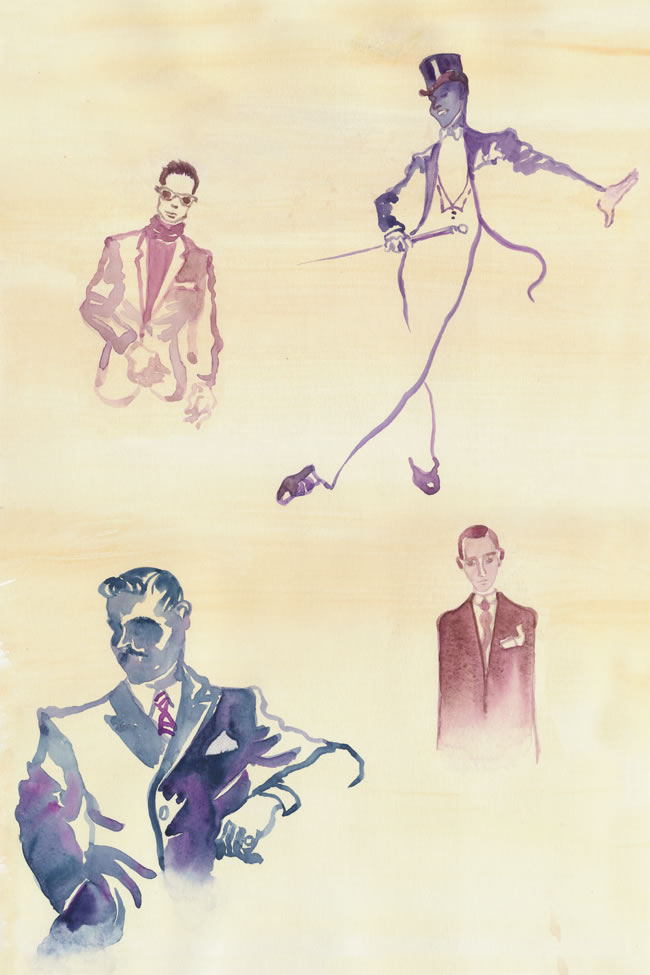 Pocket squares, or more simply handkerchiefs, are so prominently back as decorative accessories of everyday menswear that I was curious to find the origin of such “ornaments.”

Naturally the fundamental reason to carry a hanky around is the simple need to wipe your forehead or blow your nose. And that’s the original reason why the ancient Greeks and Romans had them and used them as we do today.

By the Middle Ages, these cloths were only used to cover your head; we had to wait until the 16th century to see the “kerchiefs” make their appearance in people’s pockets, resulting in their name changing by adding “hand” to “kerchiefs” to distinguish them from the other kind.

It was only recently, in the 1900s, that the handkerchief found its place in the upper pocket of a jacket.

During Hollywood’s golden age of the 30s and 40s, the pocket square was quite popular among male movie stars with each of them having a special way of wearing them. 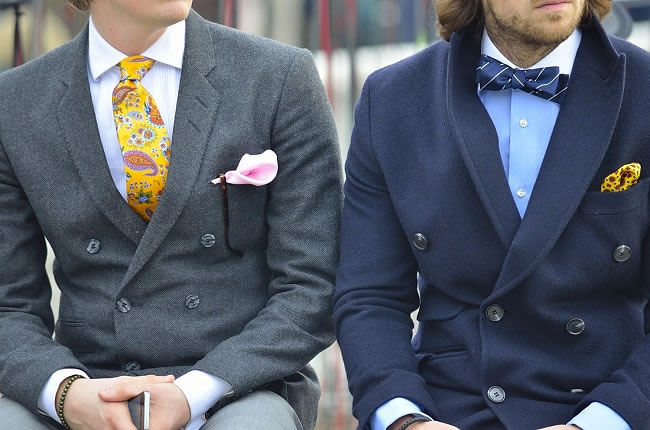 During the social turmoil of the 60s and 70s this accessory was in clear decline, but from the 80s to today the popularity of the pocket square has been rising to surprising heights.

There isn’t a shop or department store now in New York that doesn’t have a special section dedicated to these extremely colorful jacket decorations.

Designers are constantly proposing and producing their own personal selections. From young alternative artists to the most solemn Wall Street financial associates, the hanky in the top pocket is an absolute must. 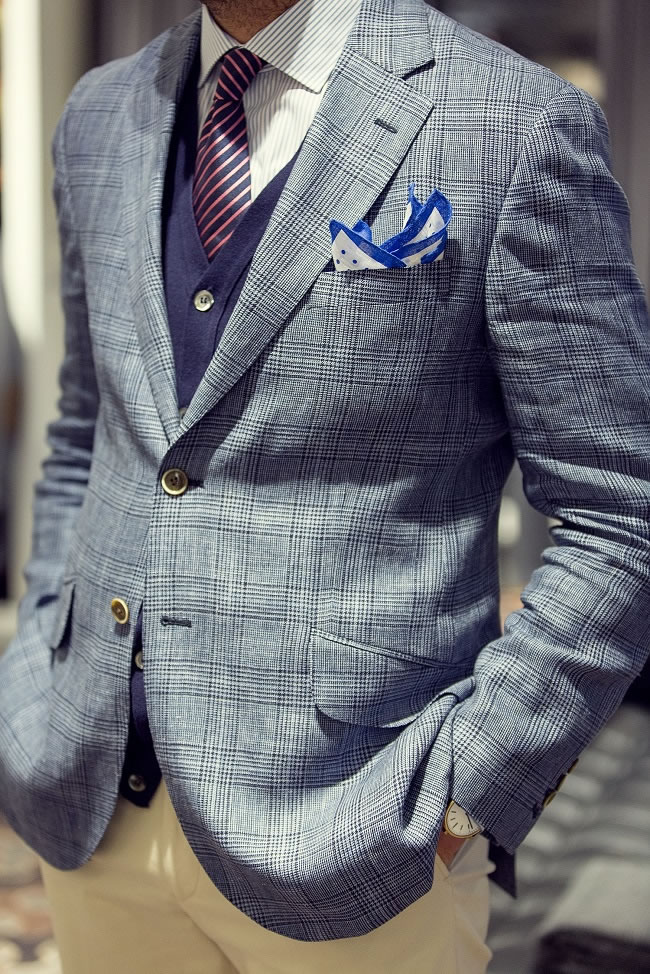 Originally rigorously white and made of silk, fine linen, or just cotton, today these pieces of cloth are created in unlimited selections of prints and colours and produced from atypical materials, such as wool, rough linens, or hand woven silk.

And, yes, they can be folded into an infinite array of fashions, from the classic triangle to the puffy flamboyant. I’ve noticed these last few months that the hip gentleman has his pocket square placed horizontally, subtly peaking ¼ inch (6mm) out of the pocket as a colorful stripe-like accent.

- A square of cloth or absorbent paper used mainly to wipe areas of the face, especially the nose. 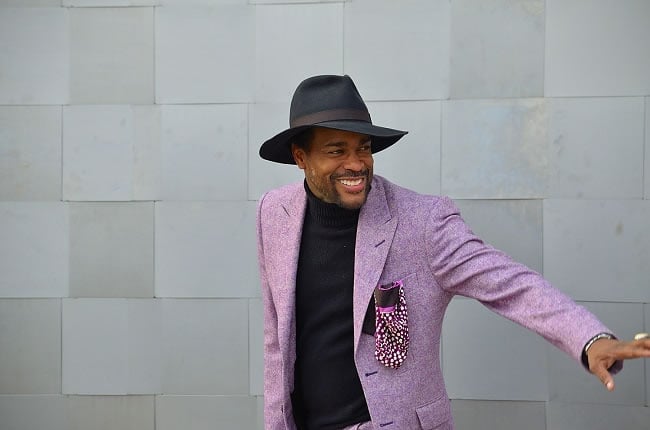