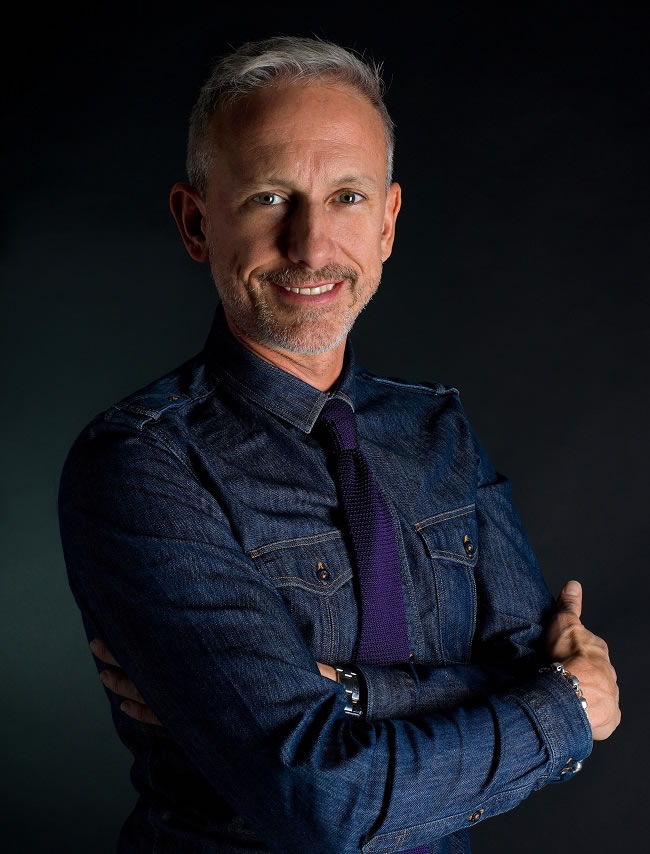 Patrick Cox has been a name synonymous with luxury and high quality footwear for 3 decades. A trailblazer and legend, he's worked with fashion icons such as Vivienne Westwood and John Galliano.

His distinguished career has seen him conquer fashion and then some. It was a pleasure interviewing him, asking questions about his latest collaboration with footwear label Geox, his inspiration behind the A/W14 collection and his personal favourites from the set.

Moreover, he divulged his thoughts on where men's fashion is today and even disclosed his favourite item of clothing. Patrick Cox is a compelling man with so much to share.

Why do you choose to use unusual materials when creating shoes? What attracts you to them?

"I am not a minimalist. I enjoy using colour and interesting materials rather than the usual black or brown leather and suede that dominates men's footwear."

Did you always want to be a designer?

"I didn't actually. I was very academic at school and wanted to be a doctor. Then, in my teens, I discovered disco and everything changed!"

How did you get into contact with Loucas Kleanthous to start your career?

"I was a club kid in Toronto; working the door of the coolest club in town and being photographed by the local newspapers. Loucas liked the way I dressed and asked me to hang out in the studio and eventually work on the styling of his fashion show. Shoes were part of this styling and the rest is history."

Do you think fate/destiny played a part in your career trajectory?

"I prefer the word LUCK. Meeting Vivienne's staff in a Soho speakeasy in 1983 was luck. Befriending them and eventually working with Vivienne was because I was social, open to new experiences, and hardworking. John and I met through partying at the nightclub Taboo. He already knew that I worked with Vivienne and we got along instantly."

Why did you adopt the fleur de lys logo? What does it mean to you?

"I wanted to embrace a sense of history when I moved to England from Canada. Edmonton, where I was from, felt like a soulless suburbia in comparison to London. I was obsessed back then with French history - specifically the Bourbon dynasty (Louis the 14th, 15th & 16th) and the flour de lys was their emblem."

"GEOX gave me an opportunity to return to designing"

What are the differences between Italian shoe making and its British counterpart?

"What’s left of British men's shoe making is all about heritage, producing substantial traditional shoes and boots in factories that have changed little since the introduction of electricity. They are great but they do what they do. The Italians are much more entrepreneurial and modern, producing a huge variety of footwear from sneakers to the highest quality leather soled shoes."

How did the partnership with Geox start?

"GEOX gave me an opportunity to return to designing – something which I wasn't sure I would ever do again! As their remit is the casual sneaker/loafer family of shoes it felt like a great fit and it had been great to collaborate and bring my trademark style to the second biggest footwear company in the world."

What was inspirations behind the A/W14 collection?

"This men's collection was all about a rainy day in London. Funky functional shoes that I would wear while walking my dogs around my hood. The sombre colour palette of black, storm cloud grey and muddy brown reflects this."

How is this collection different from previous?

"This season I was having a "reality check" moment. I wanted to concentrate on real shoes for real active urban citizens so there is a lot less superfluous colour and embellishment. Without ever forgetting my sense of fun!"

What is your favourite piece from the collection?

"For men I love the hand wire brush distressed boots that are based on an old beaten up pair of Desert Storm US military boots that I found in a vintage store in LA a few years ago.

How is your relationship with the Geox team?

"It's a daily give and take relationship. Designing proper sneakers was new to me when I arrived at GEOX and they are experts at this type of footwear. I hope I, in return, can get them to see things from a more idiosyncratic fashion point of view."