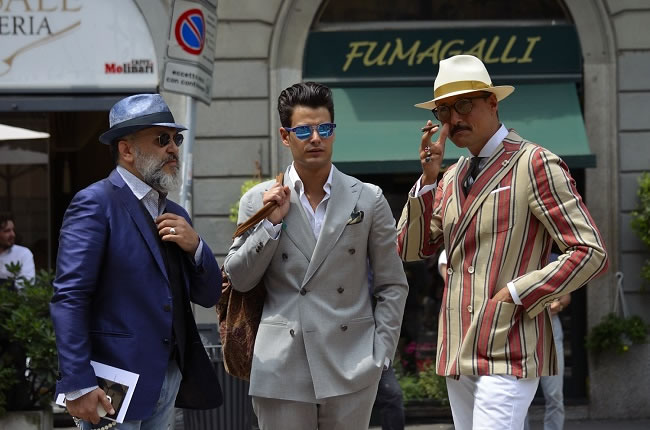 At our first Milan Men’s Fashion Week trip, we capture some of our favourite standout men’s fashion trends in-between attending runway shows such as DAKS London, Diesel and Vivienne Westwood. Milan is a city just an hour away from Florence yet the style is noticeably much different at this event compared to Pitti Uomo.

We noticed that generally guys would be holding onto something leather such as document holders, pouches, diaries, notebooks etc. It seems there was always something in a guy’s hand - making him look organised and busy.

However, noticeably the general size of the document holders has reduced to a much more discreet and compact accessory than seen in previous years. 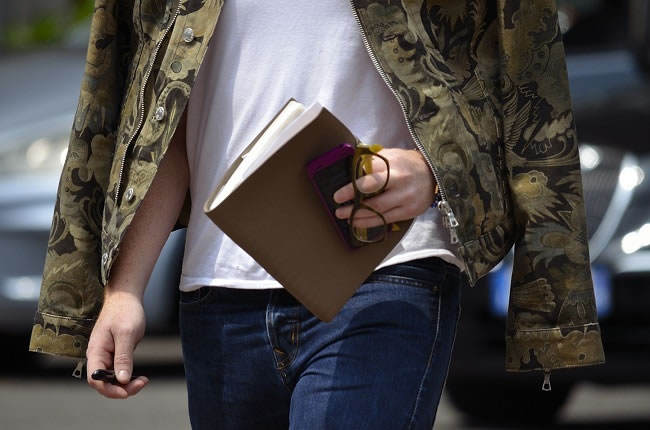 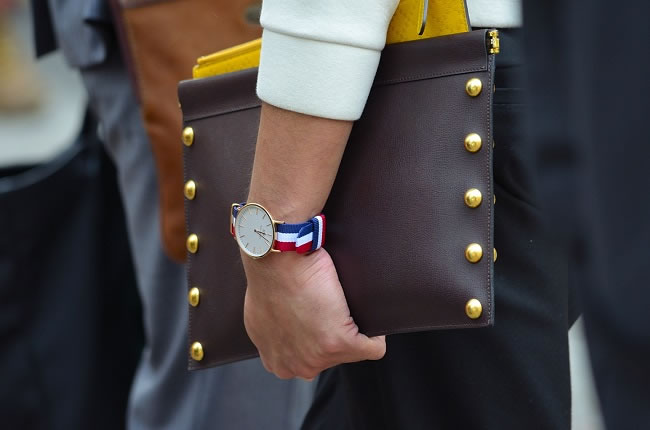 "Generally guys would be holding onto something leather"

There was a lot of denim being worn each day which seemed crazy since it was so humid and hot in Milan. Maybe the fact that Diesel was showing [they've had such a domination in that sector] instigated some of it but it was certainly clear that it is still a popular summer staple. 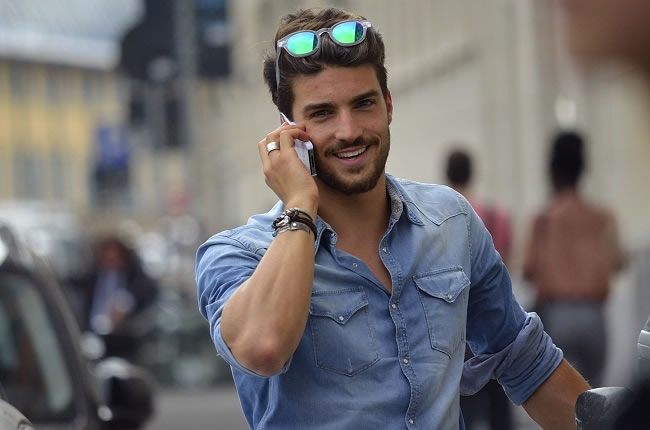 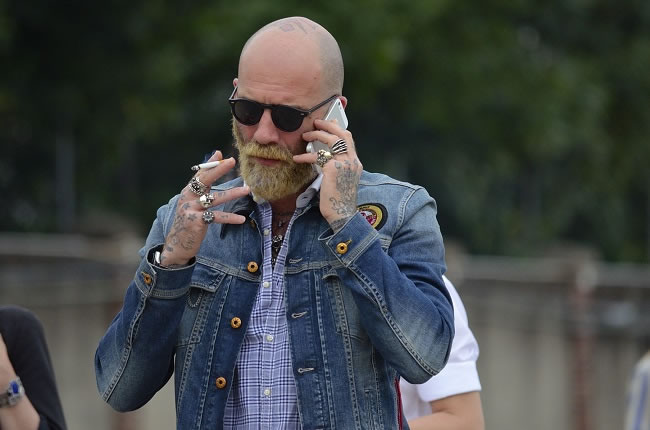 "There was a lot of denim being worn"

This is our first Milan Fashion Week trip so we weren’t fully sure of what to expect. There is a great buzz of excitement particularly at the larger shows such as Gucci and Armani, with packs of around 30-50 photographers all looking to capture the perfect shot - hoping to grace the front cover of an international fashion magazine. 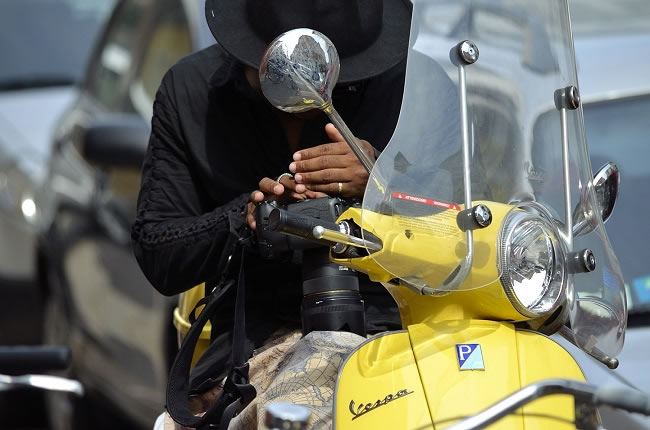 Firstly it’s quite clear that the guys in Milan have a taste for fine luxury watches, but then we noticed a pattern of seeing gold details on many of them.

This is interesting since gold has seen a bit of a dip in the jewellery industry over recent years. Maybe this is the start of a new rise [again] for Mr Gold. 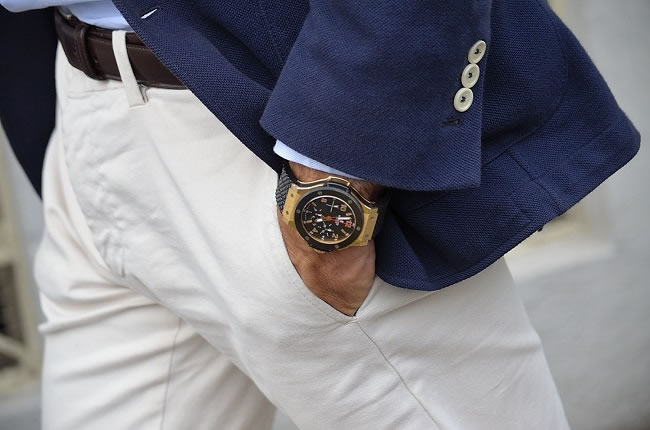 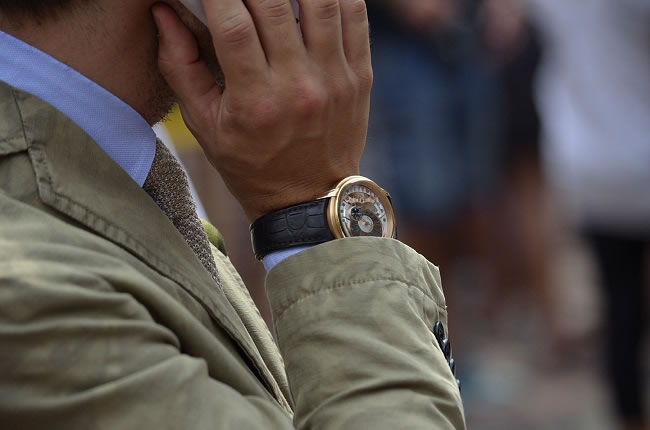 "Guys in Milan have a taste for fine luxury watches"

Yes we agree, this doesn’t sound like a ground-breaking trend but there’s a nice modern twist to it. Smart classic shoes often had interesting characteristics, whether it was paint splats, unique leather colours, contrast stitching or a sporty trainer base. Trousers were also worn fairly cropped to fully show off the shoes. 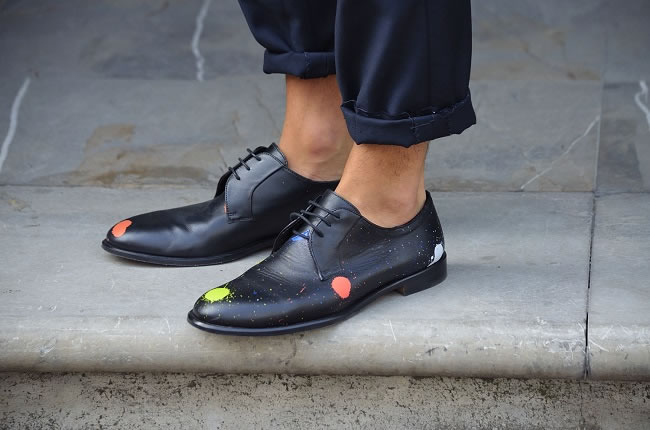 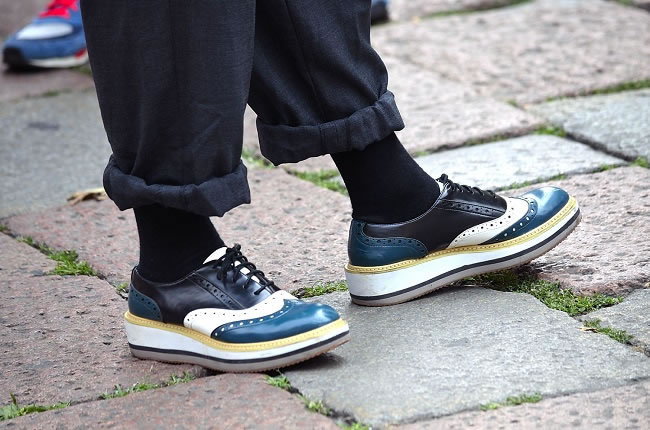