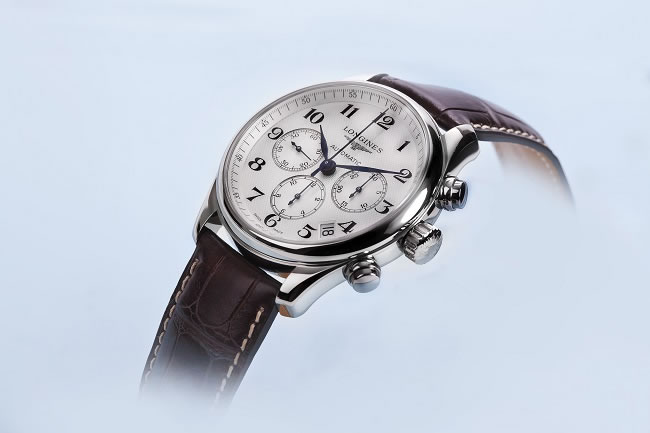 Longines are a brand focused on style, sophistication and sports. From the Royal Ascot to the Olympics, they have once been or are currently the official timekeeper and watch of a large number of sporting events.

The company was originally founded by Auguste Agassiz in 1832 when he joined with a trader of watch parts named Raiguel Jeune. It eventually developed into a company which, as Agassiz was the sole owner, he named Agassiz & Compagnie.

During the 1850s Agassiz became ill and his nephew, Ernest Francillon, took over the business. It was he who purchased the two plots of land to hold the company that was known as ‘Les Longines’ [the long meadows] located in the Saint-Imier valley in Switzerland.

It was this new location that inspired the company’s name change to Longines and so it was a very important move in the business.

An extra special model is the Master Chronograph Automatic watch. It is Swiss made and features a stainless steel case, automatic movement and scratch resistant sapphire glass.

The dial has a silver ‘barleycorn’ patterned dial, with black Arabic numerals, three chronograph sub-dials, a date window between 4 and 5 o’clock and beautiful blue hands on the main dial and sub-dials.

The brown leather alligator strap gives the timepiece a casual touch and complements the blue hands to perfection.

The Longines Master collection can be found at The Watch Gallery. 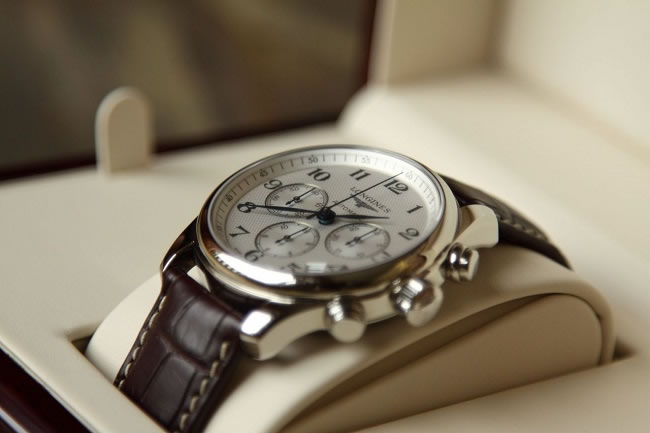