STYLE ICONS OF FOOTBALL’S PAST

HOW BECKHAM, PELE, RAMSEY, CRUYFF AND CAMPOS HAVE INFLUENCED FASHION 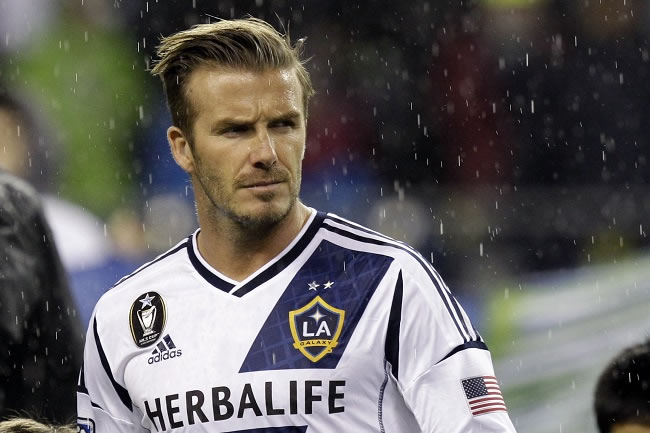 Despite the England football team’s early exit, the World Cup tournament gives us an opportunity to look back and reflect on the style highs [and lows] brought to our attention since the very first games took place in Uruguay in 1930.

Aside from Brit players such a David Beckham, there has also been some big fashion statements from across the pond and overseas. From Fontaine to Ronaldo, we’ve not been short on football heroes and fashion influencers over the years.

We recently saw blogger Steve Salter’s ‘Summer Of Football’ series on marksandspencer.com, which inspired us to put this feature together. Many guys have memories of attempting to emulate one or two of Beckham’s hairstyles [the bleached, Brylcreem curtains anyone?]. But we’ve gone right back to where it all began to bring you the biggest style icons of football’s past.

At just 18 years old, David Beckham first jogged into the limelight playing for Manchester United. The public loved the England midfielder’s style-confidence and young boys followed his lead. From the faux-hawk to the corn rows, each of his unusual hairstyles seemed to catch on.

Holland captain Johan Cruyff rebelled when he customised the sleeves of his Adidas-manufactured team shirt to sport just two stripes instead of the usual three. Why? He didn’t want to jeopardise his exclusive agreement with Puma. 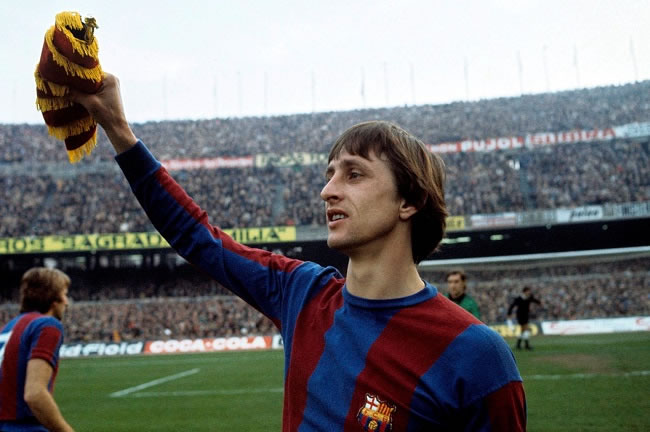 Pelé was instrumental in introducing sportswear to the streets. The Brazilian’s popularity soared in 1958 when he netted two goals at the final in Sweden and fans worldwide soon began to copy his style choices. Football jerseys became a casual staple for fans who saw Pele wearing his off the pitch as well as on it. 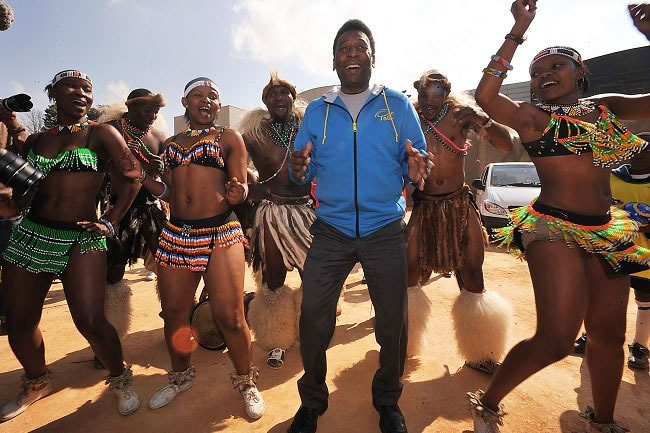 The zipped track top was another milestone for men’s fashion. Pictured here, legendary England manager, Sir Alf Ramsey, brought this trend to the mainstream when he steered England to victory at Wembley in 1966. To date, Umbro still markets the ‘Ramsey’ jacket. 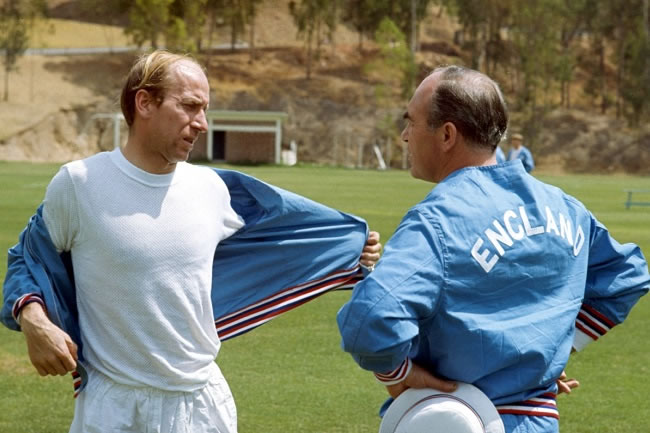 The years 1994 to 1998, saw a change in the traditional football jersey when goalie Jorge Campos designed loud, bright creations for his Mexican team. The distinctive kit opened the doors for other players to experiment with personal style under the glare of the pitch flood lights. 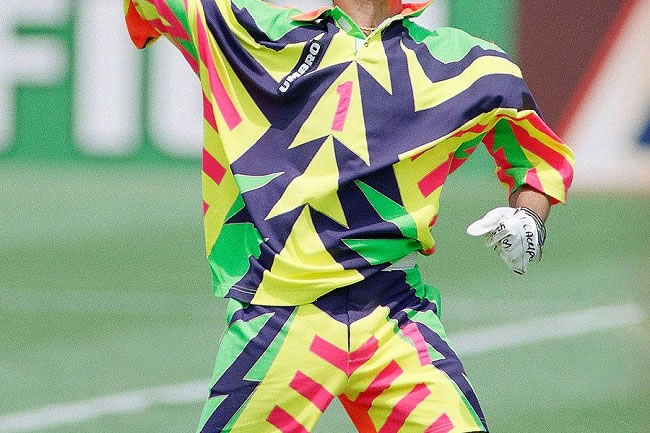