INSIDE THE DIAGEO SCOTLAND BASED DISTILLERY AND ARCHIVE

Written by Menswear Style in Food & Drink on the 14th July 2014 / Tanqueray No. TEN Distillery Visit 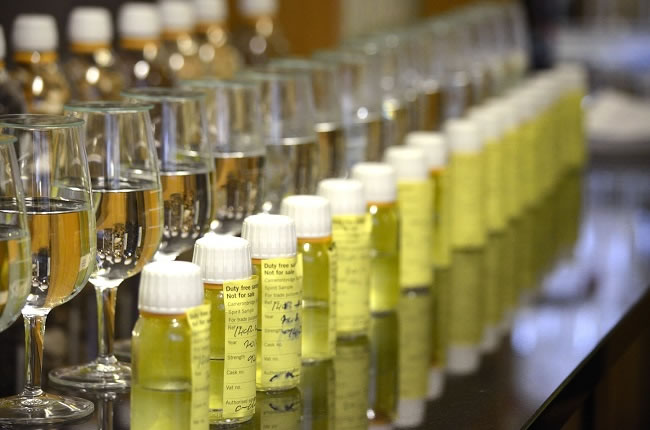 After a quick flight to Edinburgh from London, followed by a short car ride through the beautiful Scottish countryside, we found ourselves at the Diageo distillery where Tanqueray gin is made. Helmets, boots and hi-visibility jackets all at the ready!

The scale of this distillery is huge but we expected nothing less. What did surprise us, was how peaceful the atmosphere was. The site is even split (old and new) by a tranquil flowing river and from within the factory floor you could close your eyes and suddenly be transformed to the Chuan Spa in London due to the aromas of all the ingredients each stacked in lines. As you walk across the floor from one side to the other you’re instantly hit by refreshing juniper, peppery coriander, angelica, sweet liquorice and grapefruit.

After the distillery tour we had the chance to visit the recently opened 1.5m state-of-the art new home for the world’s largest alcohol brand archive which features a stunning liquid library. Half a million items of drinks heritage from world famous brands such as Johnnie Walker, Tanqueray, Baileys and Smirnoff can be found here.

In 1830 In his Bloomsbury Distillery, Charles Tanqueray wanted to produce a quality gin worthy of his ambition. He started with the pure waters of Finsbury spa, a district of rolling countryside and crystal clear streams just outside London.

In 2000, after 170 years of distilling expertise, Tanqueray No. Ten was born, named after the Tiny Ten still in which it is distilled four times. The current master distiller is Tom Nichol, who happily walked us through the processes involved. He has unrivalled knowledge of spirit making and comments on his career:

“Everything I have learnt throughout my career has helped me reach the ultimate pinnacle of becoming Master Distiller of Tanqueray. My role is all the more rewarding because gin is the most complex spirit to distil and Tanqueray is the most colourful and rich, vibrant and rewarding gin.” 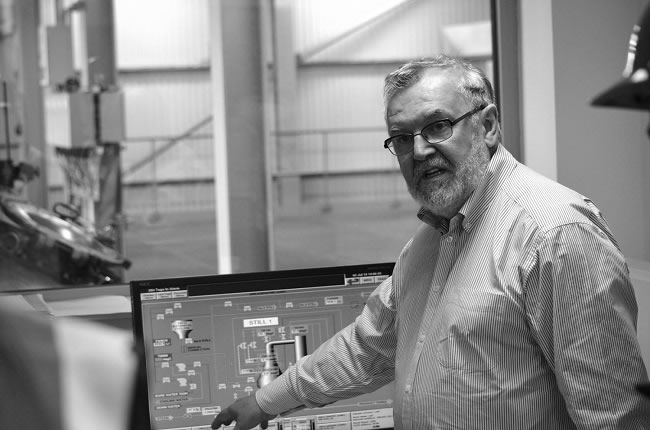 The History of Gin

After speaking with Joanne McKerchar who is the Senior Archivist at The Archive within Glenochil House in Scotland and after looking at ‘G.Coates, Classic Gin, (Prion, 2000)’ we found out the first evidence on distillation to take place with Juniper dates from 1055 when the Italian Benedictine monks used the distillate for medicinal purposes in their infirmaries.

Cordials and elixirs based on juniper began to be widely used during the 14th century. It acquired the status of a wonder drug that could protect against the bubonic plague, hence its use during the years of the Black Death. By the 14th century it was generally realised that potable spirits could be made from locally available crops such as fruits, potatoes, rye and barley. At the same time distilling was becoming much more commonplace.

The practice of flavouring spirit with juniper had entered the Low Countries (Holland, Belgium, and parts of Northern France) via Flanders. Constant experimentation was carried out to find a way of making fusil oil flavours of brandewijn (Dutch for burnt or heated wine) to make it more palatable. Juniper combined well with it, particularly when it was sweetened with sugar. And so, jenever, from the French genievre (juniper), came into being. 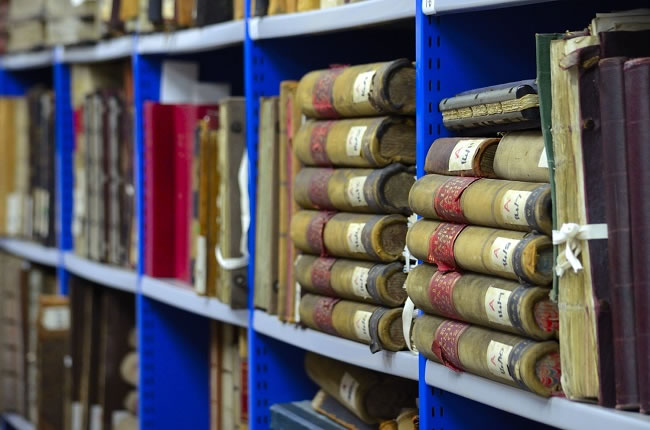 During the Thirty Years War (1618-1648), the Low Countries were the battlefields of Europe as armies of France, England and Spain fought over territory. The English soldiers became familiar with the strong, distinctive-tasting local grog, often taken as a morale-boosting slug before battle.

They appreciated this "Dutch courage" and when the wars finished they brought home the taste for jenever, or gin, as they had begun to call it. When the Dutch King William of Orange took the throne in 1688 all things protestant and Dutch were in. The fashion for drinking gin was led by King William and his Dutch Court and Gin swiftly became the people’s drink.

However, its production was not legislated, and unscrupulous distillers were able to produce and sell incredibly impure liquid which was heavily sweetened and to hide the imperfections.

We see Gin being blamed for England’s social problems, and Hogarth’s depiction of ‘Gin Lane’ is synonymous with this era. By 1730 there were over 700 dram shops in London alone, and from 1723 the death rate outstripped the birth rate for the next ten years. 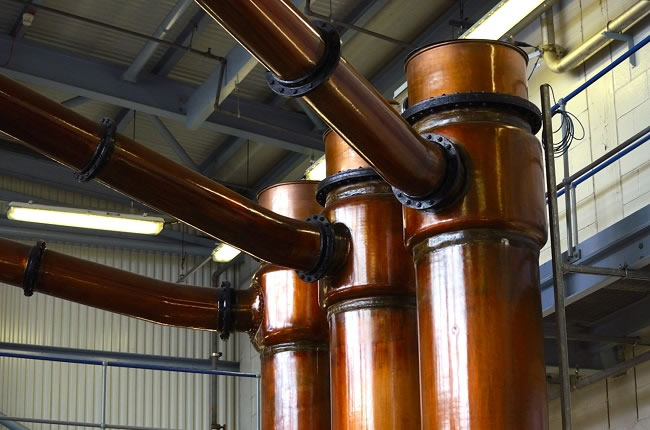 "Tom walked us through the processes involved"

Recognising that something had to be done, the government began to introduce legislation to monitor gin production. The first act of 1736 failed, but in 1751 the Government passed a law known as the Tippling Act and this dragged Gin out of the gutter. The production of gin was given its proper status through the hard work of founding fathers such as Alexander Gordon who set up one of the first respectable Gin Houses in the country.

Men like Gordon paved the way for others, and Gin Distillation was now a respected profession. In 1830, Charles Tanqueray joined the likes of Alexander Gordon & Co, and Booth’s to form a reputable Gin business, and the rest is history. 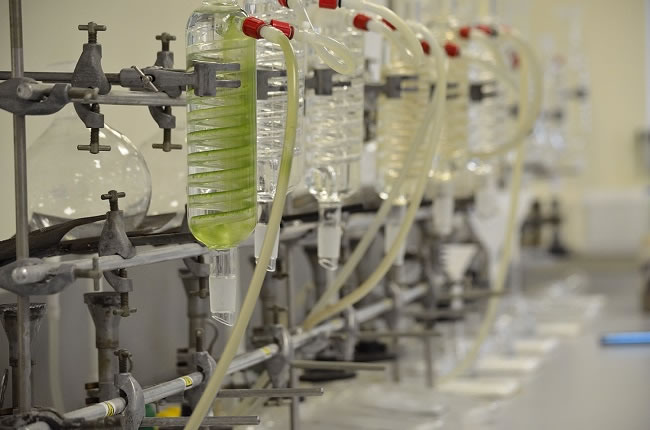 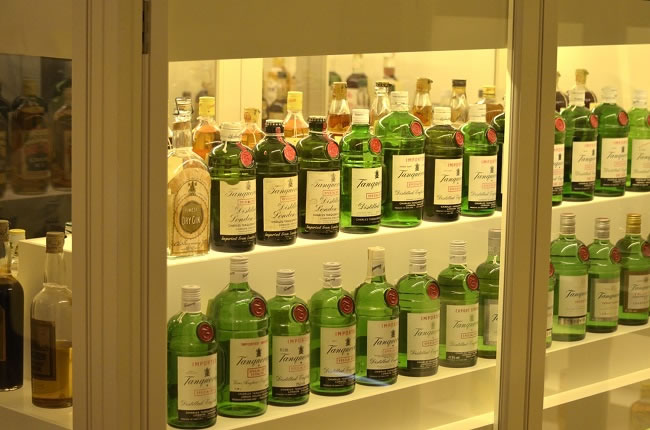 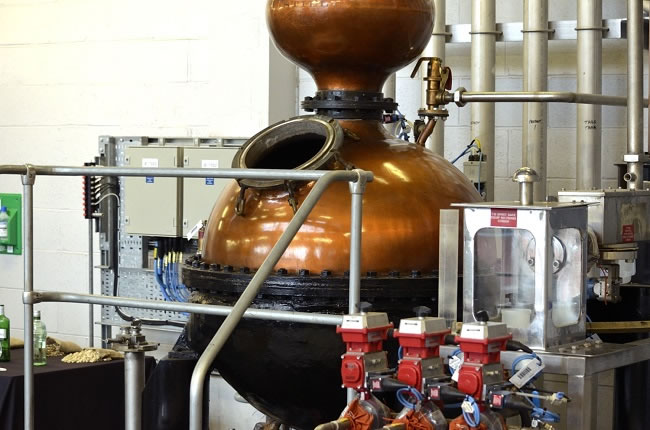 A much smaller version of Tiny Ten 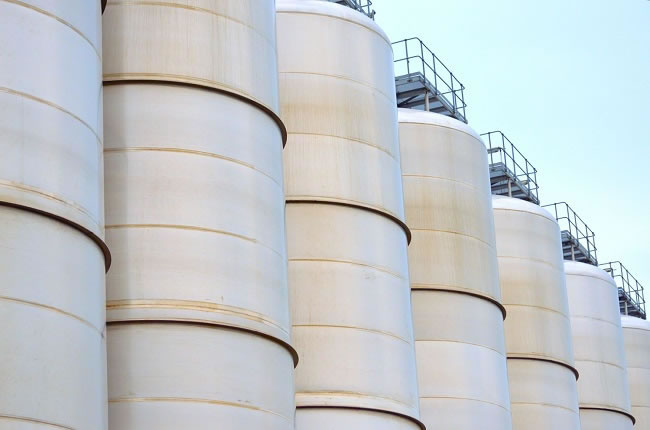 "After 170 years of distilling expertise, Tanqueray No. Ten was born" 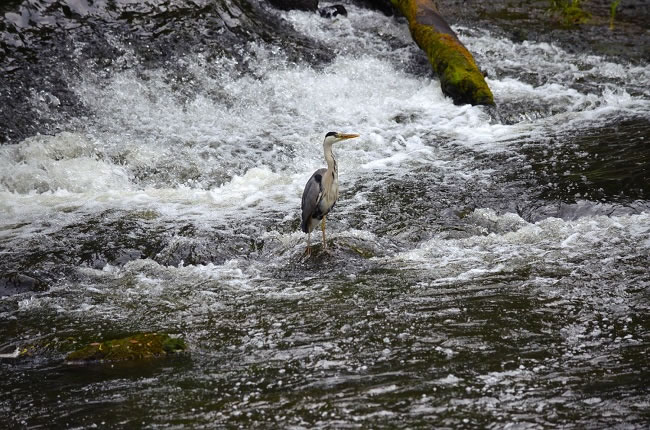 "The site is even split by a tranquil flowing river" 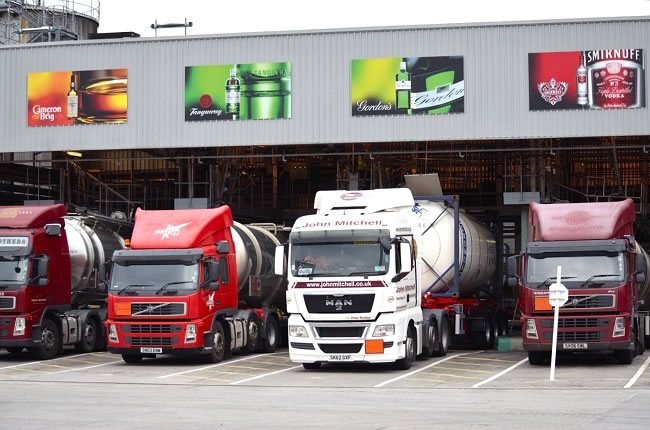 "The scale of this distillery is huge"