HOW TO DELIVER A GREAT BEST MAN’S SPEECH

TOP TEN TIPS FROM AN EXPERT SPEECH WRITER AND BROADCASTER 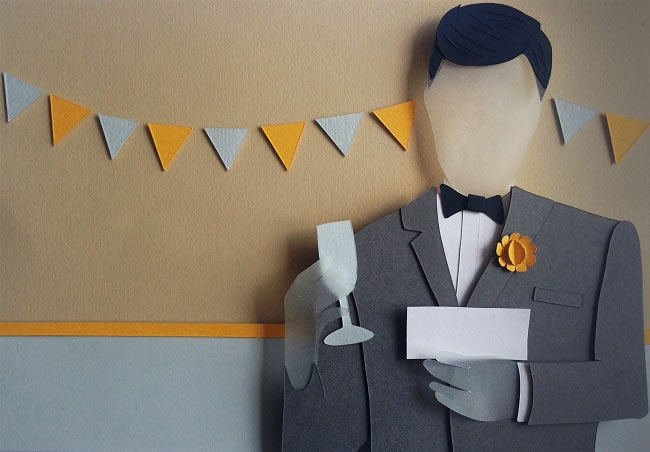 It’s one of the things that most grown men dread: delivering the Best Man speech. They tend to love organising the stag weekend and being part of the ‘wedding mafia’ on the day but the pressure to communicate their thoughts in a funny, engaging or even coherent way, can floor even the most confident of men.

Getting a speech together that you’re happy with is one thing, it’s what you do with it that can make all the difference. We gain expert advise from a man well qualified in this area. Adrian Simpson is a broadcaster and speech writer, and here he gives us his top ten tips of how to deliver a great Best Man’s speech.

It may seem obvious but I’ve been to a few weddings where the Best Man was still writing his speech on the day, and it never works out. One way to beat the butterflies in the stomach is to be supremely familiar with what you’ve got to say and exactly how you’re going to say it. After that it’s just a question of standing up and doing your thing.

Once you’ve written a speech and are happy with it, do not over analyze it. The golden rule is that if it made you laugh and did the trick first time round, then that’s exactly what will happen on the day. Do not make the mistake of presenting it to friends/family for their input, you’re simply diluting its impact and inviting yet another set of ideas and values to get in the way. Only you know what will work best for you.

Many Best Men decide the only way forward is to get the thing over and done with and then get stuck into the booze. This might sound like a reasonable strategy but it’s actually pretty counterproductive.

It also does little to settle the nerves. A good idea is to have a couple of gentle drinks in the run up to your speech, you’ll be a lot more relaxed and less prone to sprinting to the end. 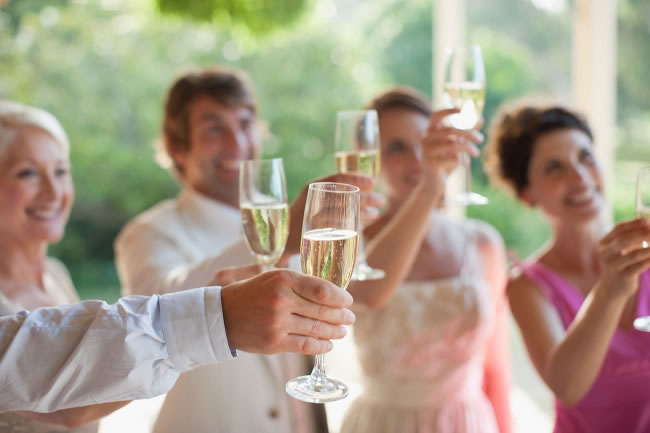 "Have a couple of gentle drinks"

Always use a microphone. I read somewhere recently on a blog that they advised never using one, that’s easily the worst piece of public speaking advice I’ve ever seen. Wedding venues nowadays come in all shapes and sizes but with one thing in common: the acoustics are dreadful. A wedding where the guests can’t hear you will make for a long and tedious afternoon.

Never attempt to learn a speech word for word from beginning to end, it won’t work. If you’re trying to recite all 1200 words it will only be a matter of time before the occasion gets to you and you’re floundering in a sea of thanks, jokes and sentiment. The best approach is to read the speech through as often as you can in the run up to the wedding. From this you can break it down mentally into blocks: intro, parents, first date etc. Before you know it, you’ll have the sequence of those blocks in your head and their content. All you’ll need is a few prompt cards for each and you’re away. 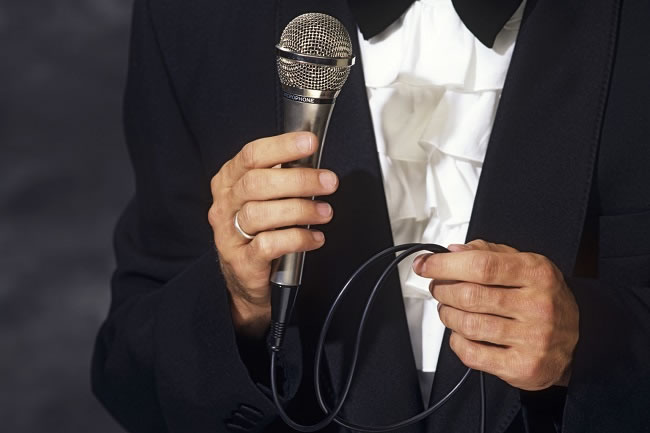 "Always use a microphone"

As I’ve mentioned before Best Men are usually very keen to get to the end of their speech and nothing will make it a greater failure than careering through it. A slow, steady and thoughtful pace will allow all the jokes and observations to be perfectly clear, ensuring that you’ll get more laughs. This walking pace can also make even the most mundane fact sound funny. So, plenty of pauses, plenty of glances around and trundle on.

Don’t be afraid of looking up and at the guests, eye contact is key to delivering a good speech. It shows you’re confident, happy and in charge and brings everyone on to your side. If you’ve got your head buried in a sheath of A4 paper people are going to get pretty fed up fairly quickly. So look around after you’ve delivered a funny line, look at a guest you might have just referenced and enjoy the moment. 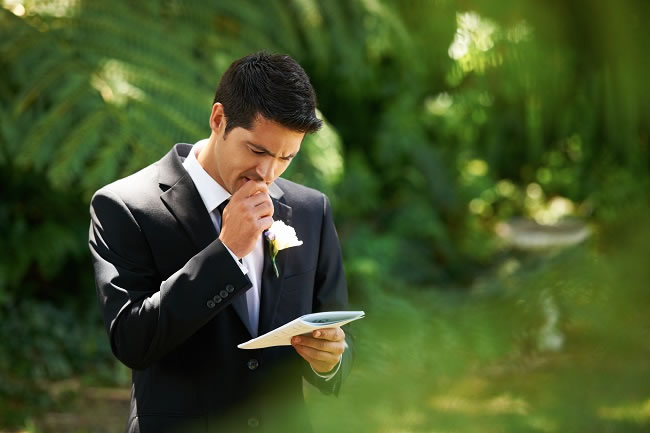 "Don’t be afraid of looking up"

You will ALWAYS get a heckler so think now about how you’re going to deal with them. Usually it’s the ‘over refreshed’ guests that like to indulge and it’s always in good humour. They are easy fodder for a few unscripted laughs so a neat but warm put down is a great idea.

It’s not just the nervous guys that this affects it’s also the super confident ones as well, with so much adrenaline coursing through your body the speech papers can look like you’re trying to fan a fire. If you haven’t got a lectern etc. to rest on get a clipboard or something stiff to mount them on. If the guests can see your hands shaking it will soon become the only thing they’re looking at.

This is really important: get yourself into the mindset that this is something you’re going to enjoy. You know you’ve got some killer lines, you know people are going to laugh and you’re amongst a crowd who want you to succeed. I’ve lost count of the number of Best Men who just wished they could go and do it all again because they actually enjoyed themselves. If you’re aware of this beforehand, then you’re ahead of the game.

We'll leave you with one of the best endings to a best man speech we've ever witnessed. Best Man Joey Boyes sings his own take on Frozen's 'Let it Go' after a flawless 30+ minute speech for one of our university mates Dominic Clark. 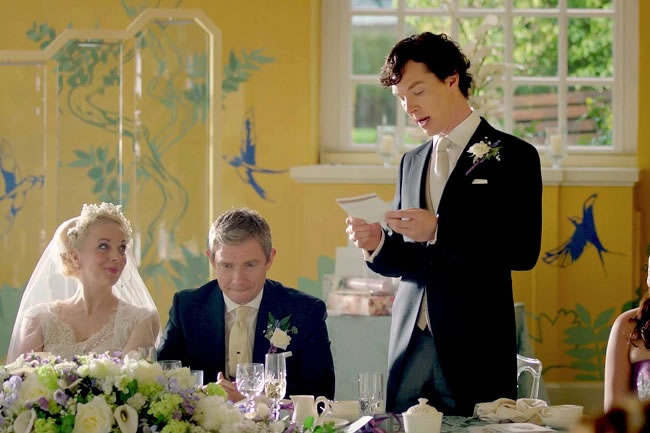 "Get yourself into the mindset"