A QUICK CHAT WITH THE ITALIAN FASHION DESIGNER 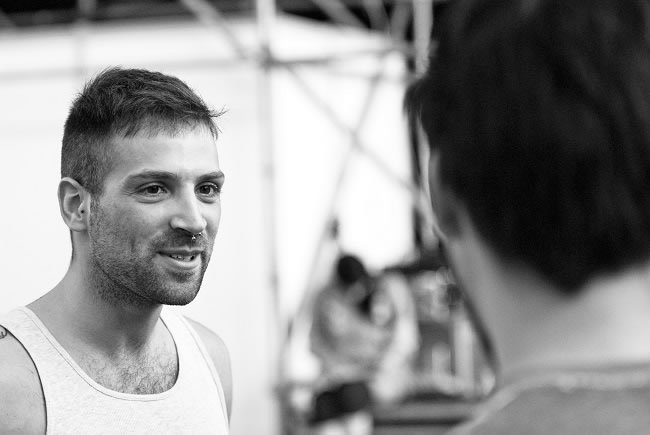 Dreamlike and solid. Built with a strength sense of inspiration and balance. Every collection by the Italian Fashion designer Andrea Cammarosano has the mark of deep intellectual research and the shapes of a masterly knowledge in tailoring.

Together with his role as a designer for Iceberg, he is now designing his own label. He is 29 and he has a lot of things to say about fashion.

As a basis to your collections, you often cite statements by authors or public figures who have lived as revolutionaries. Can you tell us what it means to you?

"I grew up reading a lot, and words have a special grip on me. Italo Calvino wrote a book, 'Lezioni Americane' (published in English as 'Six Memos for the Next Millennium'), where he draws a list of qualities for the next Millennium: Exactitude, Multiplicity, Visibility, Lightness, Fastness. These are words I want to create by. My collections often start from statements - or fragments of statements - that I hear or read. This is why I am drawn to those kind of intellectual figures, like Fellini or Pasolini, because they connected the word to the image to the action, like I always want to do."

The title of your AW 2014/2015 Collection is 'We are not afraid of ruins', by Buenaventura Durruti. Why?

"That title was a statement about destruction and reconstruction, so I wanted to put that in my clothes. Cropped sleeves with soft ribs underneath, for instance. Or a Peacoat that is “trapped” inside a foam block printed as an old wall, tarred with a silicon coating. But more than that, the title reflects on the job of designing. Buenaventura Durruti was a Spanish anarchist, who basically said: we are not afraid of destroying the order of our society, which we believe is wrong; and we are not afraid of destroying buildings and cities that have been built to oppress people; because with our hands, we can build everything again, and we will build it better. So I used that statement to represent my commitment for a better fashion — based on good creativity and good garments, and based on the people who produce them. Not just based on publicity and profit. It is a political collection about the responsibility of us — the designers — in the world of objects."

What are the essentials to your pieces?

"My clothes are centred around knitwear, prints, and sculpted constructions. My signature pieces are my sweaters where I can mix all these elements. In my most recent collection I made kimono-cut sweaters in a thick pique’, with knitted insets that resemble a technical mesh but are in fact knitted in pure cotton, and bright applications of hand-printed fabric, glitter textures and foams.

"I always want my clothes to feel rich, I never look for shortcuts"

Original designs must be sustained with excellent materials and finishing — it is a way of honouring good ideas." 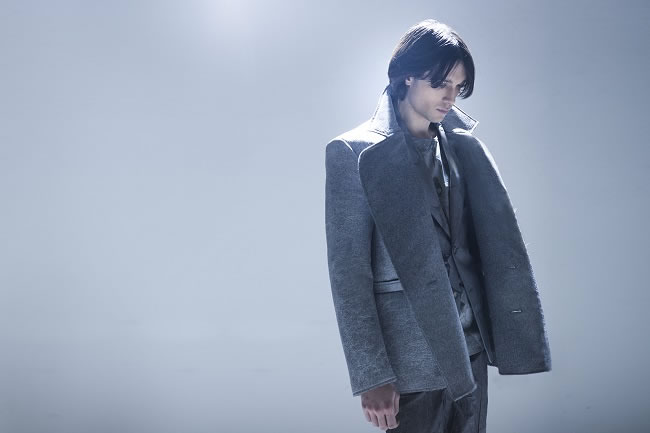 "Start from the people next to you"

You are Italian and you’ve studied and worked both in Italy and abroad. How is your fashion influenced by the mix of cultures you’ve experienced?

"I don’t think about geography in static terms. Obviously there are regional markets for clothing, so people in Japan wear clothes differently than people in Italy, but I am interested in a universal language, and in communicating ideas – and ideas by definition have no boundaries. But I can say that I believe in communities, so wherever I live I want to be aware of my surroundings. It’s always important to start from the people next to you, to dress your friends and your peers."

Before your own brand, you worked alongside Walter Van Beirendonck. What do you think about his research in fashion? Does it fit with your current positions?

"One famous Walter collection was called 'Believe', and it featured models - male and female, both old and young – dressed in very simple, fresh clothing and wearing latex prosthetics on their faces, realised in collaboration with french body artist Orlan. The models walked in front of a large curtain, which opened at the end of the show to reveal a fantastic tableau vivant, looking urban and edgy. Walter believes so strongly in art, in friendship, in ideas, in other worlds. This is what I love about him; his energy is strong and positive. There are so many people in fashion who doubt too much, who don’t do things because they are afraid, but Walter is never like that, with his work he shows that everything is possible. I certainly agree with this idea." 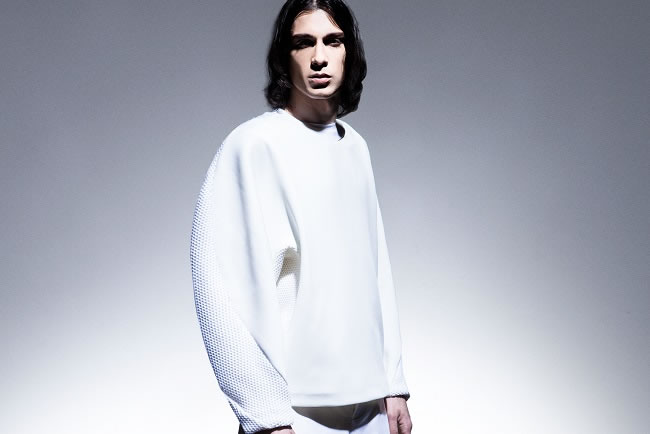 "My signature pieces are my sweaters"

In recent years there has been a stream of new designers working on unisex fashion. Do you think it is important to keep the focus on the gender?

"I definitely think the sensitivity is shifting, and I'm glad for it — but it’s a matter of shape, more than gender. Gender is such an intimate and multifaceted concept, and I don’t think designers have the power to give people answers about it. But we should challenge traditional shapes, and that is definitely something that I like to do. The balance between fluidity and construction for instance, is so important – but that is much more than “Unisex”. I must say I don’t like this word - it makes me think of toilets. I prefer to talk about shapes. Besides, clothes are always gender free – they are just objects, nobody can prevent a woman from wearing men’s clothes or a kid from wearing his dad’s jacket."

You are a professor at the fashion institute Polimoda in Florence. Is this helpful in predicting the future of fashion?

"I don’t know if anybody can predict the future, but we can all be part of the solution, and this is what I communicate to my students. We must make our life the best possible, as creative as possible, we must be honest and powerful, love more than hate, propose more than criticise - in this way, we will create a strong future for fashion." 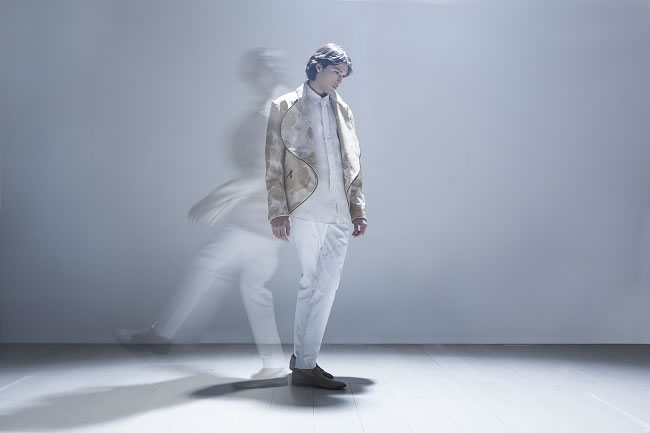 "We should challenge traditional shapes"