NICK DRAKE, REMEMBERED FOR A WHILE BOOK REVIEW

AN INTERVIEW WITH CALLY CALLOMAN, MANAGER OF NICK'S ESTATE

Written by Peter Brooker in Books on the 7th November 2014 / Nick Drake, Remembered for a While Book Review 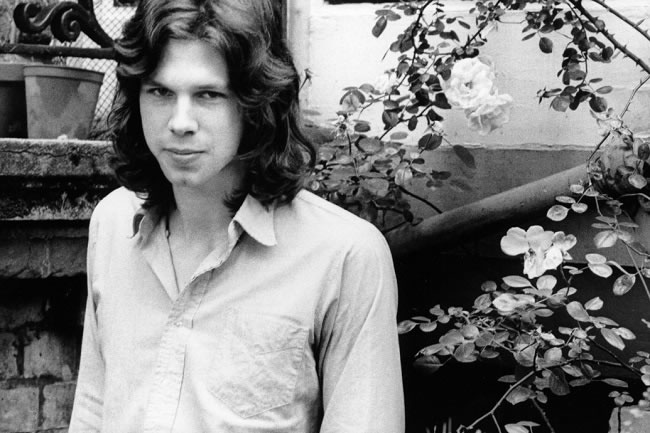 For the uninitiated, Nick Drake was the quintessential singer-songwriter of the 70s. Most people have tried to pigeonhole his sound in the genre of folk, but for others, Nick Drake's esoteric style transcends time and genres. His music was barely recognised in his own life time and little was known about his life other than the rare interviews and stories regaled by those that knew him best.

'He died young of a suspected overdose, which only compounds the mystery that shrouded him'

The new book Remembered For A While has a wonderful opening foreward by his sister Gabrielle Drake who talks about other peoples desire to anchor him and lift the veil on the mystery and shadowy demanour that has now become synonymous with his legacy.

"This book will not try to expose Nick to the full beam of an analytical spotlight. Rather, it will be a series of sideways glances; an attempt to cast a few shards of light on the poet, the musician, the friend, the son, the brother, who was also more than all of these, and is undefinable as the morning mist." 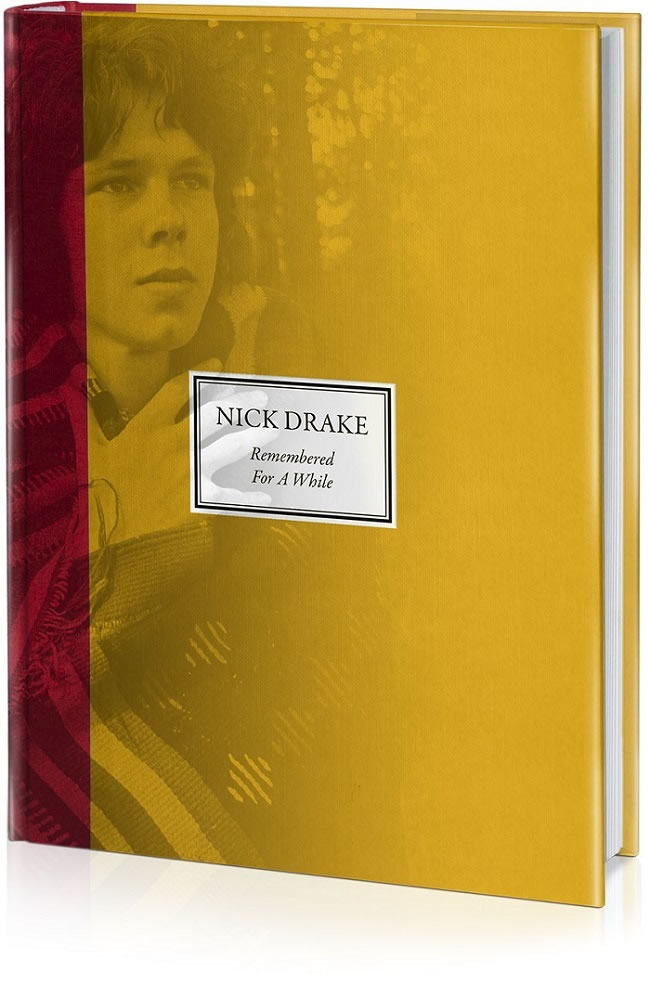 Nick Drake, Remembered For A While

Remembered For A While is a very candid and intimate portrayal of Nick which features never seen before reproductions of the scrapbook Molly Drake kept of her son's press cuttings. There are images of Nick's handwritten lyrics of some songs of which the music has never been found.

The classic edition is an authorised companion to the music of Nick Drake, compiled, composed and edited by Gabriel Drake and Cally Calloman, manager of Nick's estate with whom I managed to grab a quick interview with.

So not a biography then?

"Its not a biography. We never wanted to attempt such a thing. The family never threw anything away, every bill, diary, note, was kept. Everything was on paper but going through it, you realize what a folly it would be to do a biography on nick. There were so many facets and everyone seemed to know a different person. A biography would be hollow, the ones that have been written say more about the writer than they do about Nick. People try to pin down something that can't be pinned down and you end up pinning yourself down."

Why have you not released a music book?

"We abandoned the idea of doing a music book. I've had people write to me and say "I bought your sheet music, how can you publish this rubbish, the chords are wrong." Truth is, it has nothing to do with me. The music books were done without our knowledge and approval. The publishers that print the sheet music at the time had no concern with the quality and the companies that put the music out were so slapdash." 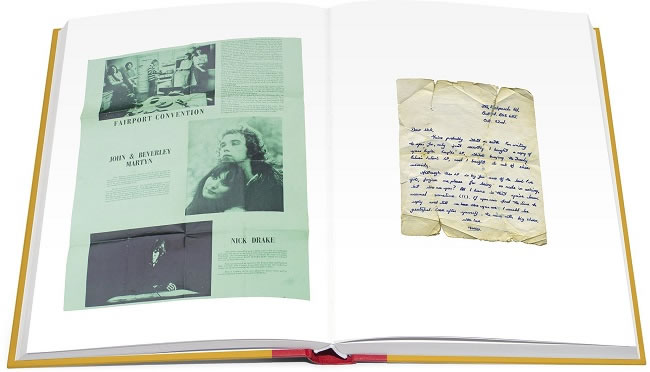 Why is it called a companion?

"My parents had a companion to Beethoven. It came with two albums and the companions were always lavish. Two vinyl albums and it had a lot of stories about Beethoven. It was never a definitive study, but something you could take on a journey as you listened to him. So we wanted to make something similar, or class it in that bracket. its not the first or last word on Nick Drake."

Do you get approached by many companies to use Nick's music as part of their advertising campaign?

"We could be purist about it, but its not that simple. We don't have any barriers and we never say no. Mcdonalds approached us, we asked to see the advert and they refused. So that was that. We immediately rejected Volkswagen request, but they came back to us with the advert. We thought it was great, I'm glad Gabriel approved it. We went from selling no albums to selling 30,000 albums of Pink Moon overnight. The worst selling album Pink Moon, became his best."

Does it bug you that Nick was so overlooked as an artist whilst he was alive?

"Many artists in their day were not appreciated. Tim Buckley is one, David Ackles, is still unknown. These are criminally overlooked. But it is the nature of the game, you have to play the game to be a household name and you could do with a bit of luck. It took Tom Waits a long time to sell records."

Will there ever be a film about Nick Drake?

"We get asked to make a film about once a month, and it's very easy to say no to. Nick's life was not spectacular. If you needed to fill the narrative you'd have to make things up, and I don't want anyone to ruin other peoples idea of who Nick was. People think there's money to be made, I think there's magic to be lost. It would be a betrayal of sorts."