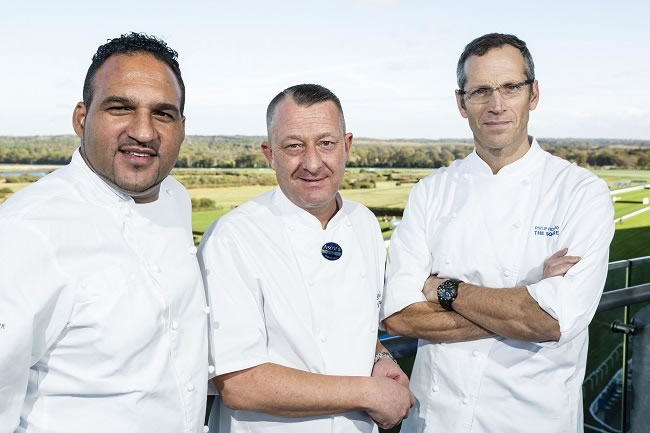 The jump season kicked off at the start of November 2014 with an exciting buzz in the air and a ‘clink’ of Champagne to drink it all in. What’s more MWS got an insight into the glamour, hospitality and stunning array of dining experiences at the highest of standards in anticipation of Royal Ascot 2015.

Ascot racecourse has pushed the culinary boundaries yet again by announcing that Fine Dining at Royal Ascot 2015 will be headlined by, twice Michelin starred chefs, Michael Caines and Phil Howard. Each of them will be taking on the mantle of hosting an exquisite restaurant for all five days of the Royal meeting in the summer. 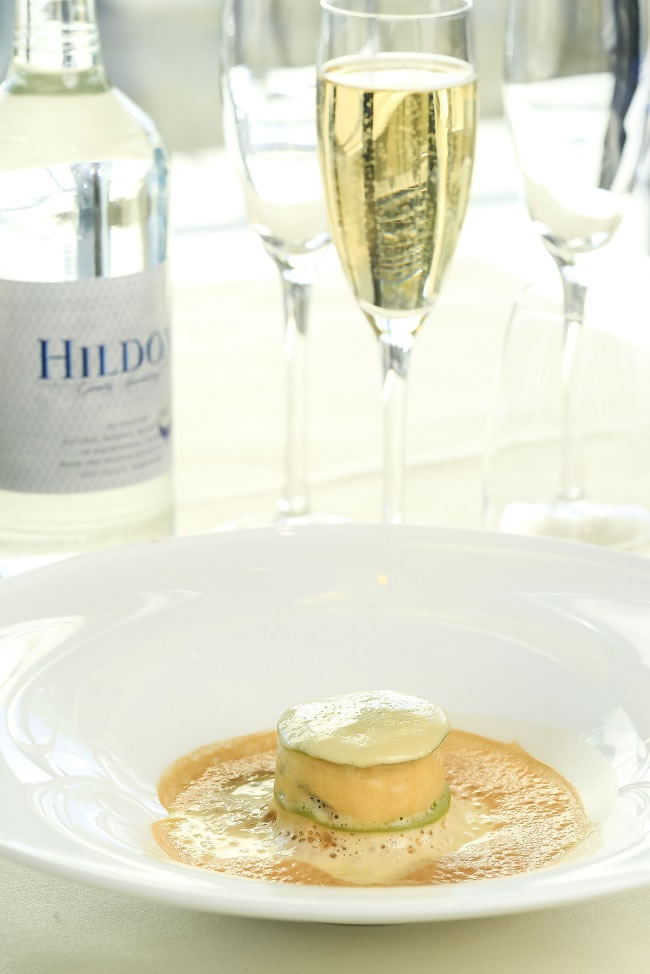 Royal Ascot, the flagship event is arguably the world’s most famous and prestigious race meeting. The two chef’s are excited to be a part of a great British tradition bringing both British and modern European cuisine to the event.

Dining in the heart of the Royal enclosure is a breathtaking experience, and one to savour. The first course created by Two Michelin star chef, Phil Howard was a ‘Lasagne crab with a cappuccino shellfish and champagne foam.’ Immediately the rich and flavoursome taste of crab is present, which melts in the mouth. The smells are intoxicating with the hints of Bollinger champagne foam based source. 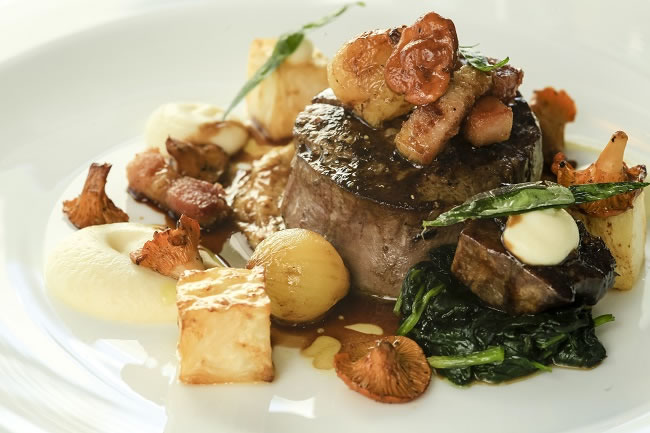 “It is taking simple, luxurious, world class ingredients, not messing with them too much and delivering them in a way that is elegant, is quietly indulgent and delicious, pleasing and soul nourishing.“ - Phil Howard.

The main course designed by Two star Michelin Chef Michael Caines was a Beef Fillet, celeriac purée, braised cheek and red wine sauce. As a big fan of beef fillet I was very excited by reading the menu, but to even smell the dish was extraordinary. The flavours combined and in a way I wasn’t expecting, with the braised cheek being a surprising and delicious addition to the fillet along with the mushrooms and tarragon. The sauce hits with the warm and rich notes of wine. It was scrumptious. 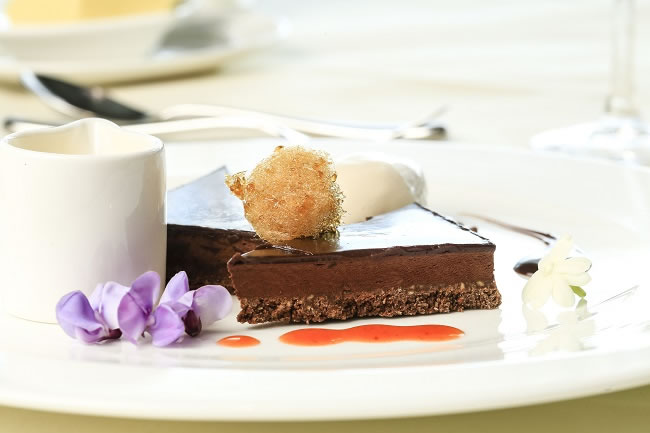 “Underneath the beef you have this lovely confit of shallot which has got horseradish and dejon mustard, and some tarragon through it too, which is really sensational. For me, beef and tarragon go really well, but you want to soften that beef off with the celeriac - a soft vegetable, which goes well with the Champagne. - Michael Caine.

Michael Caine, who was mentored by Raymond Blanc at Le Manoir aux Quat’Saisons in Oxfordshire is now the Executive chef at Gidleigh Park. He will be serving his craftsmanship of modern European cuisine in ‘On 5’, Ascot’s multi-million pound restaurant that opened to excellent reviews at the Royal meeting in the summer of 2014.

Phil Howard, co-owner of the Square and winner of Great British Menu in 2012 will bring his love of home grown ingredients to create a spectacular menu in the Panoramic restaurant. 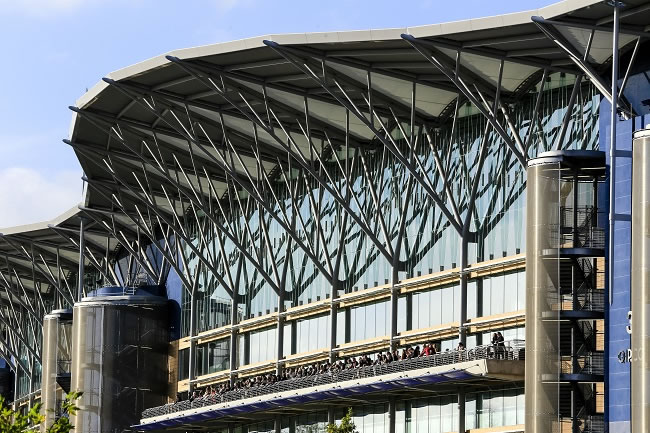 The menu was finished in perfect indulgence, with Valrhona chocolate ganache, liquid caramel popcorn, caramel foam, with tonka bean ice cream, a creation by award winning Ascot executive chef, Steve Golding. As soon as I tasted the first mouthful, it was like being transported into rich chocolate heaven, a pure delight.

35,000 guests enjoy Fine Dining at Royal Ascot every year, attracted by the combination of internationally revered Chefs, innovative menus and the unique spectacle of the Royal Meeting. 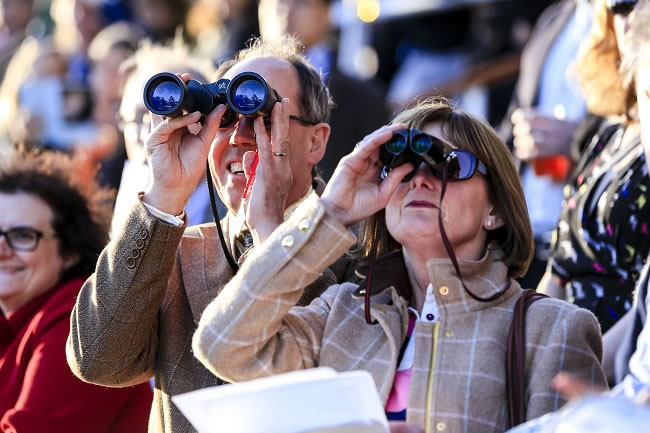 There are 12 restaurants to choose from, each with their own individual flavour. The broad range ensures there is a choice to suit all tastes and budgets for both private and corporate guests. With the exception of ‘On 5’ and the Panoramic Restaurant, the menus are primarily designed by Ascot’s award-winning Executive Chef, Steve Golding, who was recently a runner-up for the 2014 Catey’s Chef of the Year. 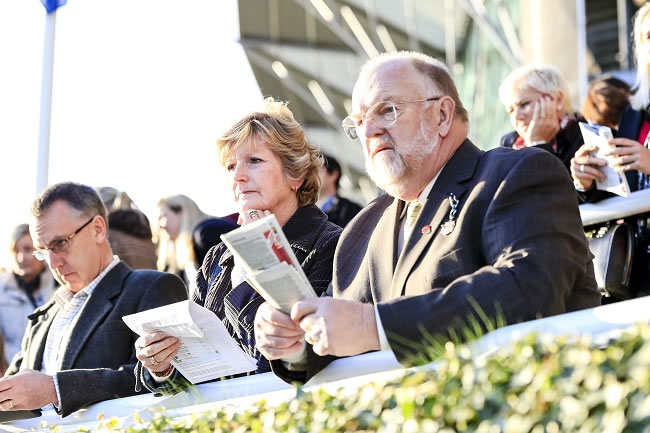 Royal Ascot, one of the iconic summer highlights of the British sporting and social calendar opens on Tuesday 16th June 2015 for World class racing, pageantry, high fashion and dining. A truly great experience.