THE STAR OF BURBERRY’S 2014 CHRISTMAS ADVERT 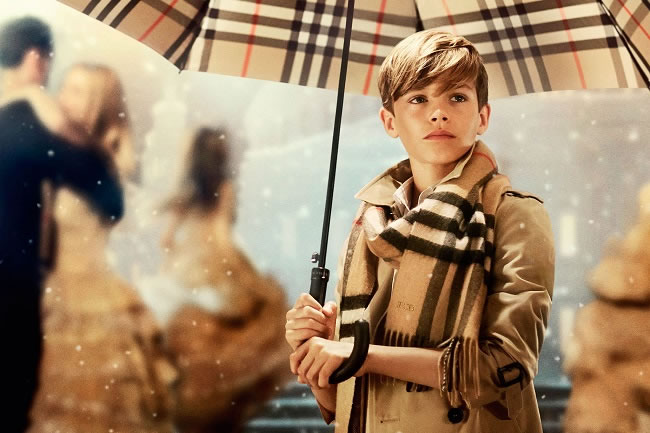 Second son of David and Victoria Beckham, Romeo, born on September 1st 2002 has had a career that would be impressive for any adult and he’s only 12. With studded godparents Elton John and Elizabeth Hurley who are also godparents to his other two brother’s Brooklyn and Cruz, there was going to be no shortage of opportunity in this young Beckham’s life and he’s taken everything in his stride.

Working as a child model almost from birth, he’s featured in several advertising pieces over the years. Most recently he was unveiled as the star of Burberry’s Christmas advert 'From London with Love'. 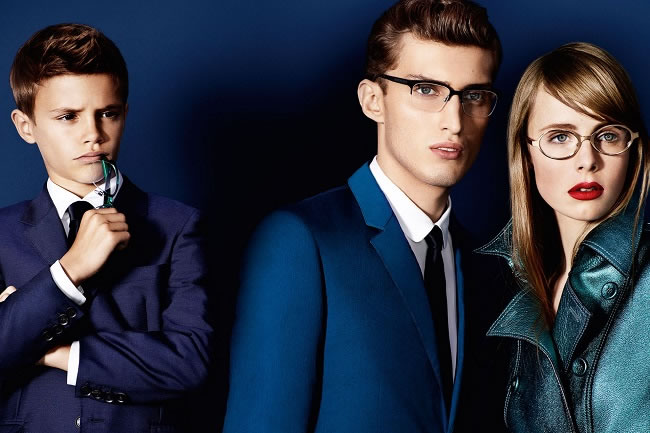 "Working as a child model almost from birth"

Romeo has worked for Burberry before as the poster boy for their spring/summer 2013 advertising campaign, but was lucky enough this time around to be part of the first Burberry Christmas campaign.

Burberry reportedly paid Romeo a crazy £45,000, to model the raincoat and scarf, for the single 8 hour day that he worked. This fee puts him hour-for-hour up there among the world’s highest earning models at £93.75 a minute.

Looking beyond his years, but still showing his playful side, the advert takes Romeo through the streets of London to deliver the gift of love to a stylish couple for Christmas. 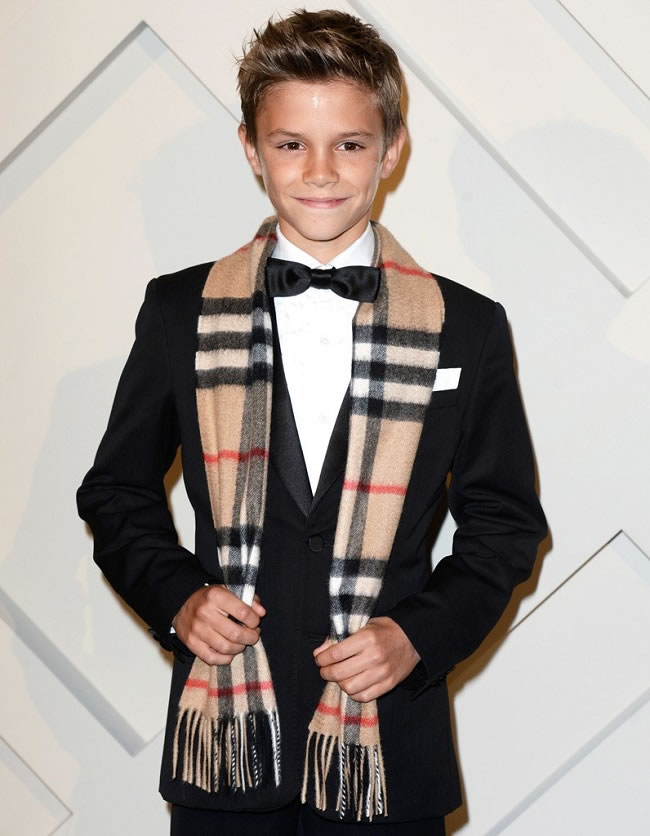 Christopher Bailey, head of Burberry had this to say; “It continues to be an utter joy working with Romeo – he has charm, style and great energy! I’m delighted that he’s the lead role in our festive campaign”.

This theatrical Burberry advert is on for Christmas 2014 so don’t worry if you haven’t seen it yet, it’ll definitely be on your screens at some point and you can see it below. Inheriting his parent’s looks rather than his father’s football skills may be one reason for why his modelling career is going so well. 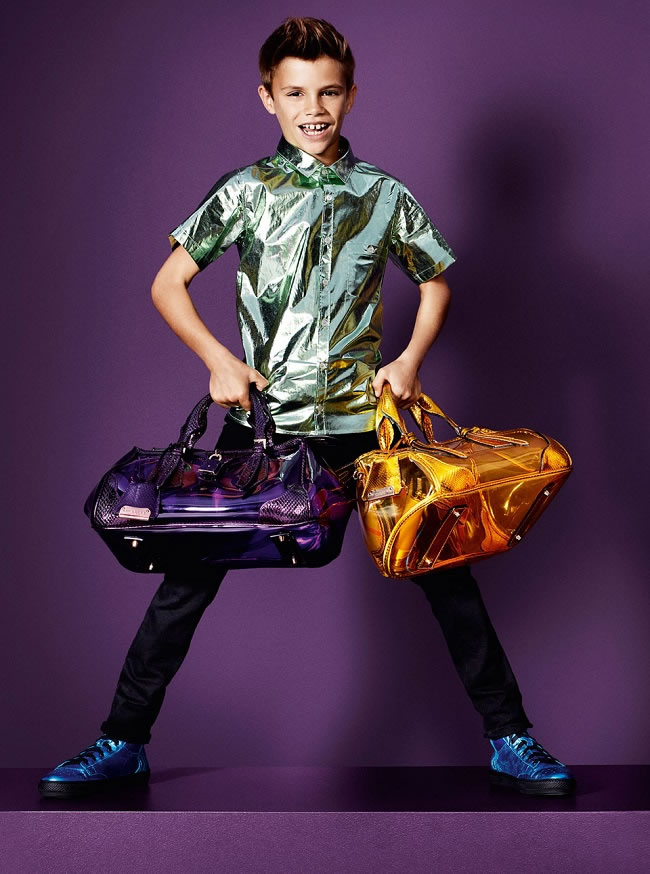 "Among the world’s highest earning models"

But that’s not to say he won’t follow his father’s sporting career path, he has taken to the game just as passionately and is honing his skills alongside his brother’s (Cruz and Brooklyn) with the Arsenal Juniors.

Brooklyn has recently signed a short term contract with Arsenal until the end of the season after impressing the coaches and managers at a trial with Cruz not far behind. At only 12 years old Romeo is already doing well with opportunities to excel, appearing as if from nowhere, and we’re excited to see where he ends up in the future. 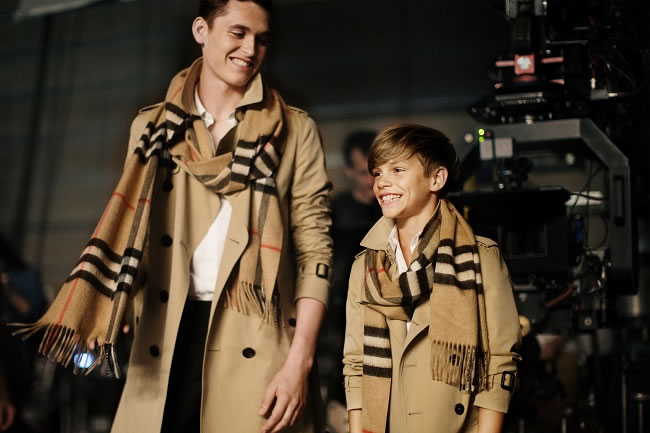 "Inheriting his dad's looks rather his football skills"