BACKSTAGE AT LC:M WITH TONI & GUY

BEHIND THE SCENES AT HARDY AMIES AND AQUASCUTUM SHOWS

Written by Menswear Style in Hair on the 14th January 2015 / Backstage at LC:M with Toni & Guy 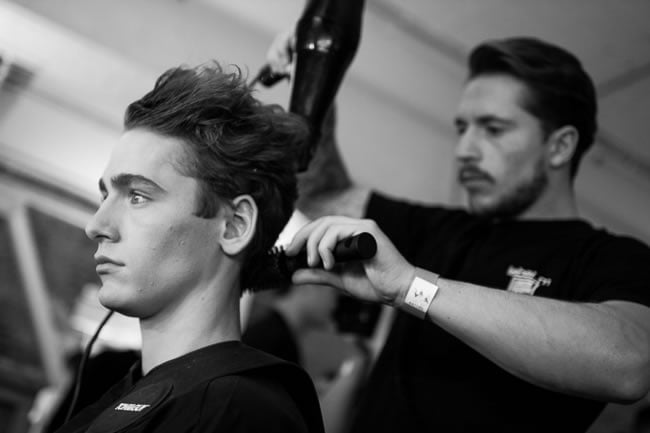 After experiencing the backstage actions at Topman Design, we were itching to see more and so when Toni & Guy offered us the chance to see it from a hair styling and beauty point of view, we jumped at the opportunity. The hair industry specialists were partnered with a bunch of designers and we chose to document their Aquascutum and Hardy Amies shows.

The Aquascutum collection is timeless and classic, and Thomas Harvey, Head of Menswear design is keen to state that this season’s offering is “not trend-led.” There is a real focus on fabric innovation, with an obvious hark back to the brand’s heritage. 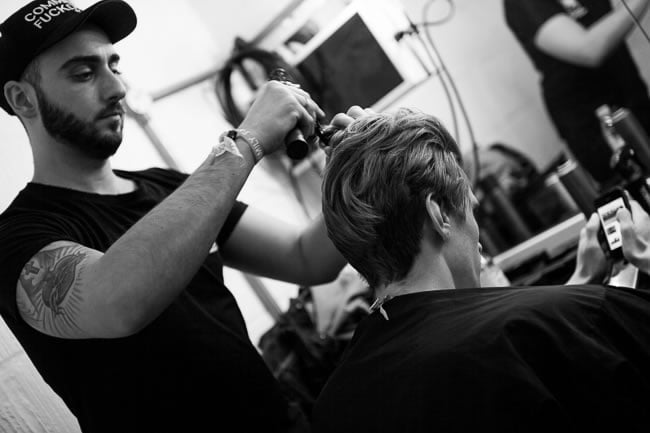 With a modern take on exploration, Edmund Hillary’s ascent to Everest was the starting point, and the brand’s involvement in creating the fabric for this monumental event.

Mountaineering inspires lots of the outerwear pieces, which have expedition details, in the fabrics used, and trim details featured, with pull cords, leather trims and fur accessories complimenting the theme. 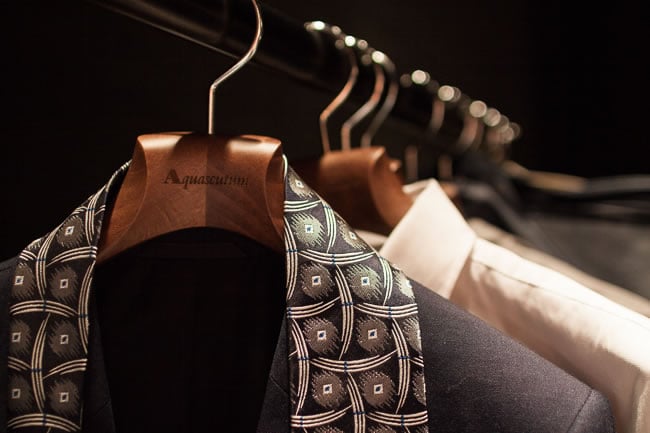 “The hair inspiration for Aquascutum AW 15 was 'lived in', which complemented the exploration/explorer theme of the collection. The hair is not perfectly groomed, and in fact, had a touch of wildness. The TONI&GUY Session Team and I played a lot with the idea of individuality by creating a slightly different style for each model.” - Toni & Guy International Artistic Director, Daniele De Angelis. 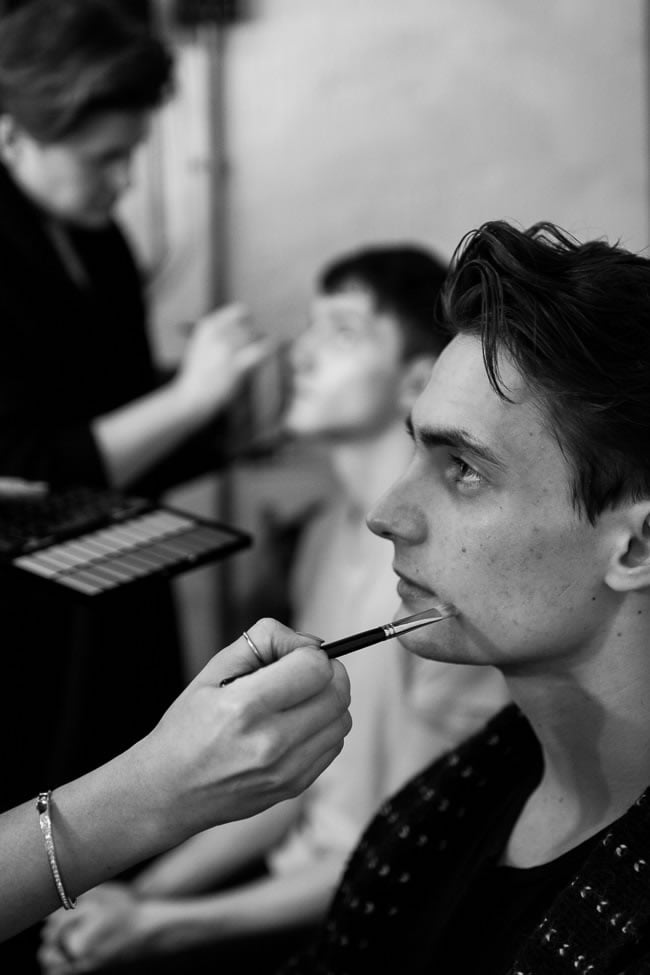 For 2015, Mount Snowdon acts as a source of inspiration in the Hardy Amies Autumn/Winter collection. Both poet and painters' studies provided a foundation for Hardy Amies Creative Director Mehmet Ali who comments, “Wordsworth’s poem is a story about a battle between ‘man’ and ‘the mountain’. This combined with a more literal colour study of Turner’s palette, formed the beginning of my own story about Mount Snowdon: a modern man’s ascent of the mountain.” 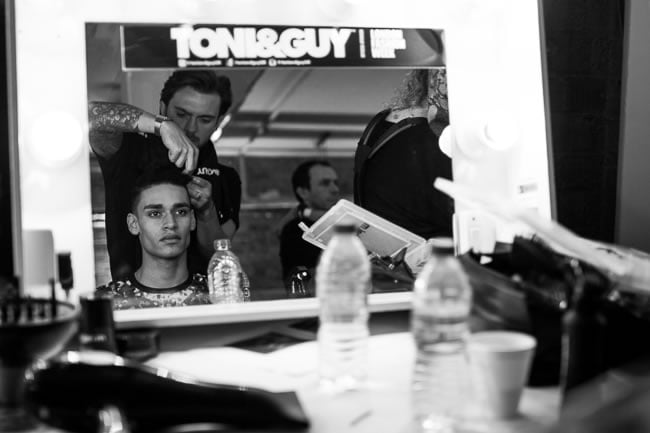 The essence of Hardy Amies lies in contemporary tailoring, this season reimagined in Turner's hues of dark conifer, mottled terracotta and clay blue. Fabrication and techniques tell the story for AW15, with a mountaineering ‘tube rope’ commonly used by climbers reworked in printed flannel suiting as a graphic woven pattern.

This rope inspired effect runs throughout the collection, from down filled outerwear pieces in nylon technical canvas such as a fur trimmed parka and short mac, to chunky ‘tube rope’ knits. 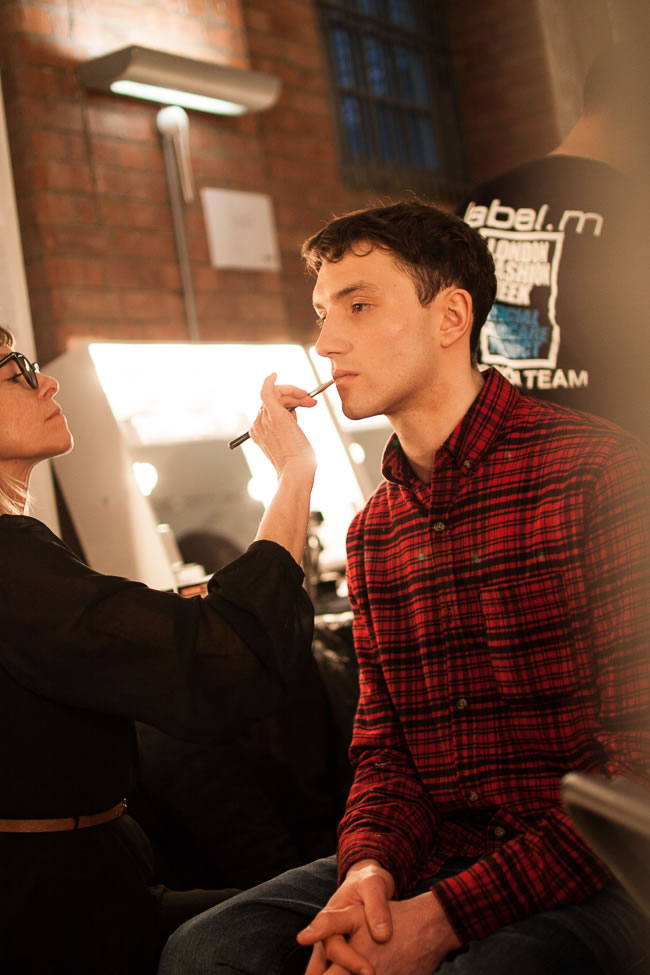 “The Hardy Amies AW15 collection is inspired by someone having to get into a tux after climbing a mountain. To complement the concept, the TONI&GUY Session Team created textured style that was loose and undone as you would expect from a mountain climb but still maintained an element of sleek and elegant in keeping with a black tie affair." - Toni & Guy International Artistic Director, Kevin Luchmun. 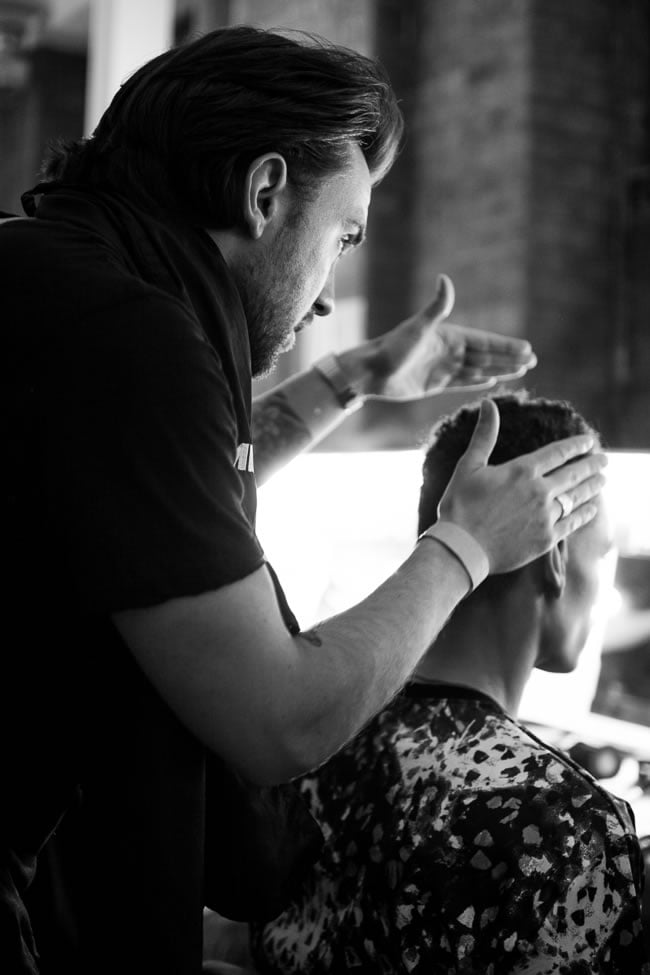 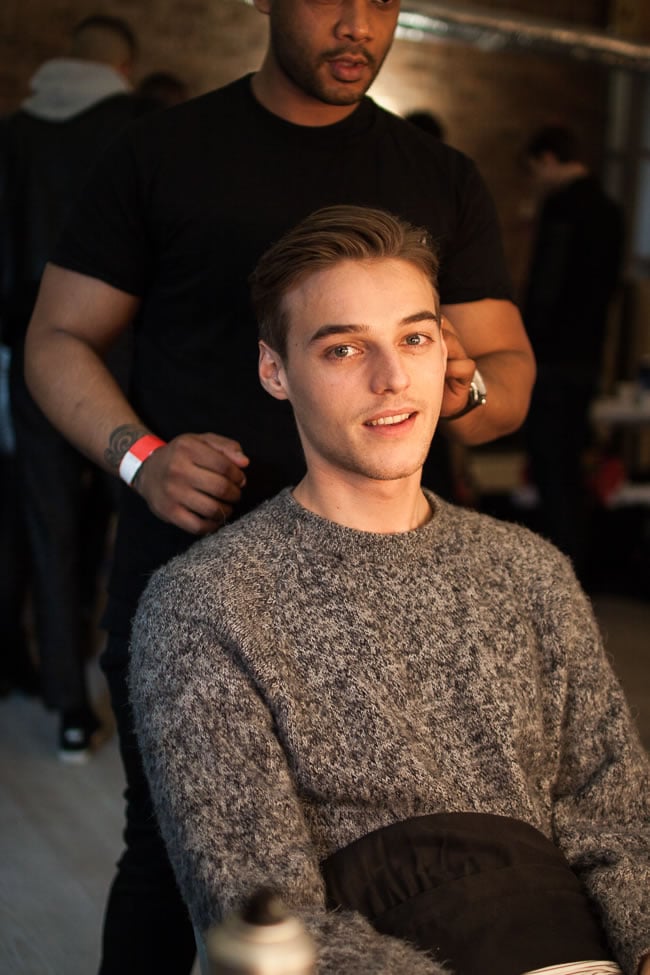 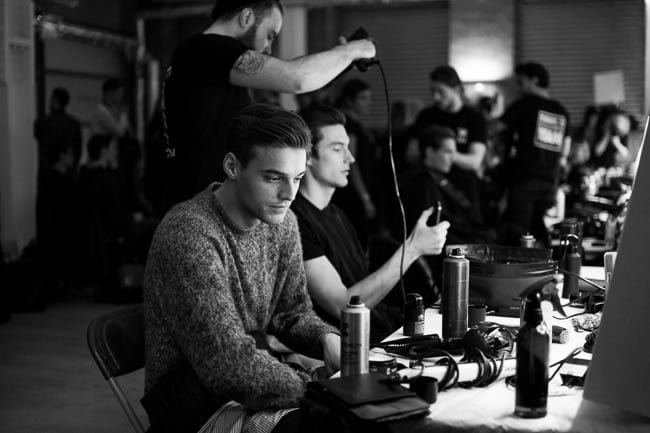 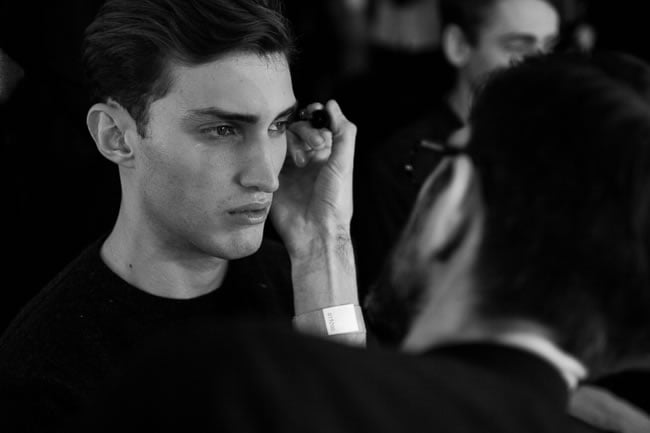