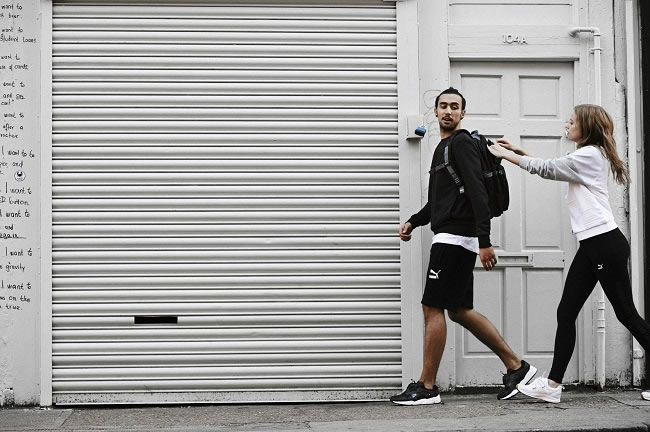 You cannot separate the sport from the Formstripe. That’s because the Formstripe hasn’t slowed down since it first hit the pitch, court, pedal and street. Whether it was Tennis in the 70s and 80s or Running in the 90s, the Formstripe has been worn by some of the greatest athletes ever. These powerful player-product combinations are icons. They are the personality and momentum behind the PUMA brand and drive us forward and define what’s next.

PUMA’s archive is packed with over 65 years of records and trophies. SS15 sees PUMA look back to this archive to inspire their future. This season, many styles filed under ‘firsts’ or ‘one and only’ are re-issued. Some are altered. Some are authentic to a fault. They never held back in their heyday. They sure as hell aren’t about to start now. 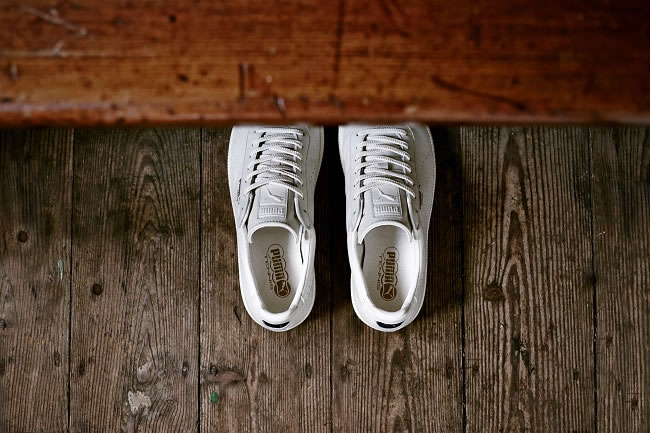 With PUMA’s design criteria of shaking things up, running a little wild and innovating to change the game, the sneaker technology boom of the 90’s meant chunky silhouettes and loads of cushioning – more comfort, more miles, more style. In the market-dominating retro running revival, PUMA has put a modern twist on some iconic Trinomic silhouettes for SS15 as well as introducing the new and exciting Arial Evolution – a take on the R698 with a mesh upper, translucent TPU saddle, reflective heel windows and a lightweight IMEVA rubber outsole designed to be the future of slicker and faster PUMA styles.

The Black & White Pack sees styles such as the XT2 and Disc Blaze given a simple monochrome makeover for a premium, understated alternative whilst bold and daring colourways with fade-outs and the classic Splatter on the XT2 and R698 make up the Splatter Pack. The Coastal Pack sees the Disc Blaze and R698 take on a bright, coastal inspired twist for Spring finished with the R698 and Disc Blaze of the Nylon Pack where Nylon uppers, off white midsoles and gum soles create a regal finish complimented by a smart colour palette. 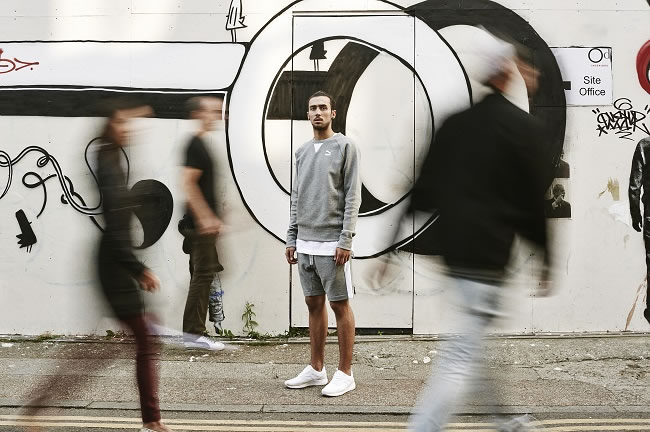 An industry rebel that said no to ordinary leathers, the Suede is a classic from the archives, an iconic style made famous by athletic greats such as basketball’s Walt ‘Clyde’ Frazier, growing into new levels of fame to transform it into a shoe that’s key to every seasonal PUMA collection, a true fashion staple.

The most popular and well-known of all PUMA shoes, the Suede Classic rightly deserves its place in public affection and in every Hall of Fame, whilst the Suede S, a brand new, re-designed style for SS15, sees a sleeker look that’s close to the original but with moulded, removable footbeds, a padded nylon tongue and iced outsole areas for increased comfort, wearability and durability that certainly lives up to its predecessors’ game-changing legacy. 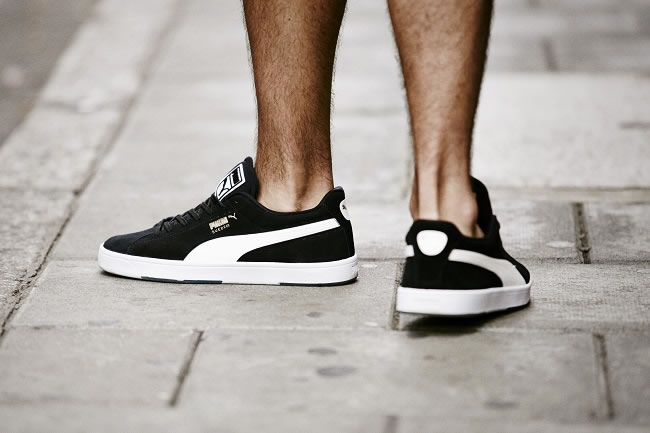 In the 70’s and 80’s PUMA unleashed a full court fury with its tennis shoes: all white leather, occasional coloured Formstripe and soles that conformed to the foot – exactly what world-best players such as Germany’s Boris Becker needed for grand slam level play.

For SS15, PUMA has re-entered the field with old time classics bought back to life in painstaking detail, re-invigorating the historic Tennis category now firmly positioned within lifestyle. The re-issued Court Star in tennis inspired colourways teamed with darker tones and an off white sole makes for a classic, vintage look whilst the Match 74 stays true to its simplistic approach, re-mastered with a stylish upper, perforated Formstripe and extra lateral reinforcement for a clean, easy option in several colourways that serves as a nod to PUMA’s tennis heritage. 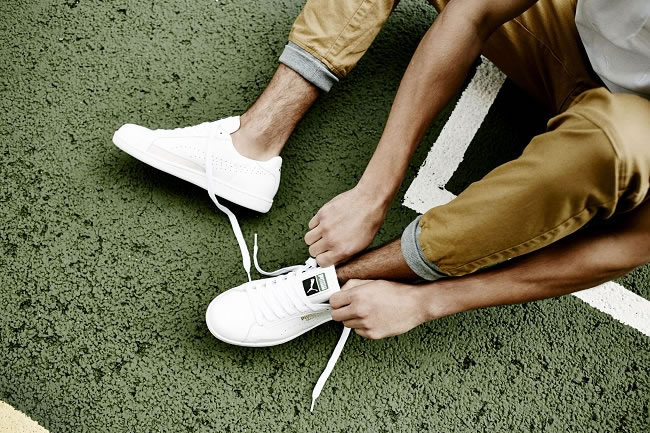