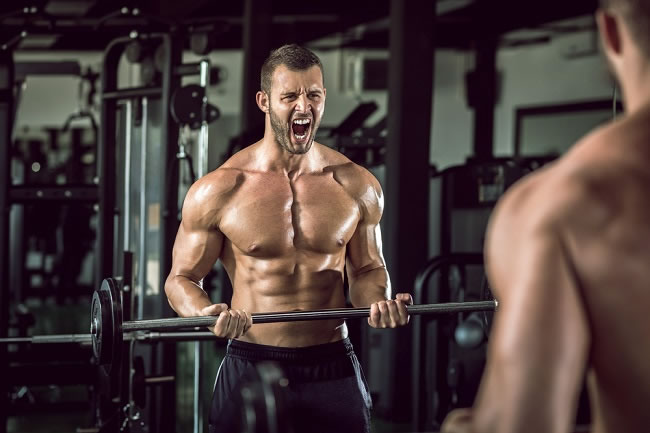 Back in 1994, British author Mark Simpson published an essay titled “Here come the mirror men” which coined the term 'metrosexual', and in 2002 he stated that David Beckham "embodied metrosexmania”. Fast forward two decades and the metrosexual has become the norm for the modern man, verging on the expected. It is completely acceptable for a hetrosexual man to take care of his appearance, enjoy shopping, purchase grooming products, use a hairdryer to create the perfect quiff and spend £300 on a pair of Lanvin trainers.

And so the evolution of man continues and today it’s all about the 'spornosexual' – the hencher cousin of the preened metrosexual. 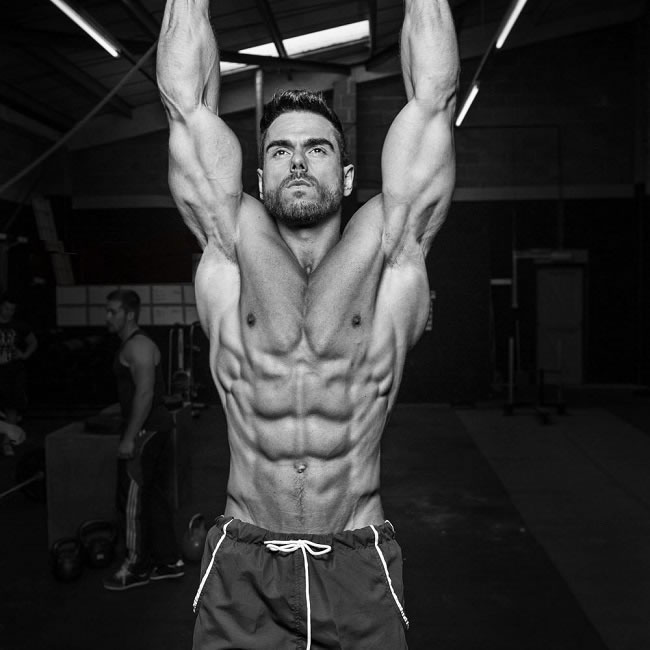 The protein shake swigging spornosexual cares just as much about this appearance but takes it to the next level with a real focus on his physique. What most of us call breakfast he would call meal one and is more likely to consist of lean chicken and green veg than a bowl of Shreddies. His tweets and Instagram posts are more like a fitness diary and often include #fitfam. He struggles to find trendy jeans because he has muscly quads and a small waist. He is concerned about how vascular he is, the composition of his abs and constantly striving to create a body which wouldn’t look out of place on the cover of Men’s Health. In fact, he may even be training to win their annual coveted cover model competition, or dreaming of winning at least. 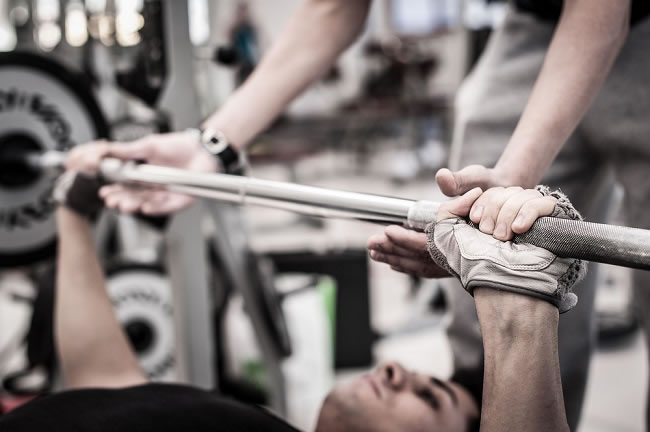 They say summer bodies are made in winter, so those reading this with ambitions to be as buff as Calvin Harris in his Emporio Armani pants need to be hitting the gym hard now. Of course each man has varying goals and encounters different challenges in his quest to create his idea of the perfect body. I caught up with Ross Edgley, co-founder of sports nutrition brand The Protein Works, personal trainer and internationally published fitness writer for his take on common training questions asked by spornosexuals.

I've managed to build up a strong torso but have weedy legs. How can I build them up so I look more in proportion?

"The simple answer is squat and adhere to the old gym adage of “never skip leg day.” You should be aiming to create a routine which works the entire body rather than isolated muscle groups to avoid a top heavy build. Squats are such a comprehensive, compound exercise that they train the muscles of the core. In fact, so much so it could be argued the small, isolative nature of sit-ups aren’t needed to create that elusive six-pack. Research has found that discovered you achieve 20% greater muscle activation in the plank compared to the sit-up. Based on this, squats alone would elicit greater muscle activation in the core than the much publicised and more commonly used sit up." 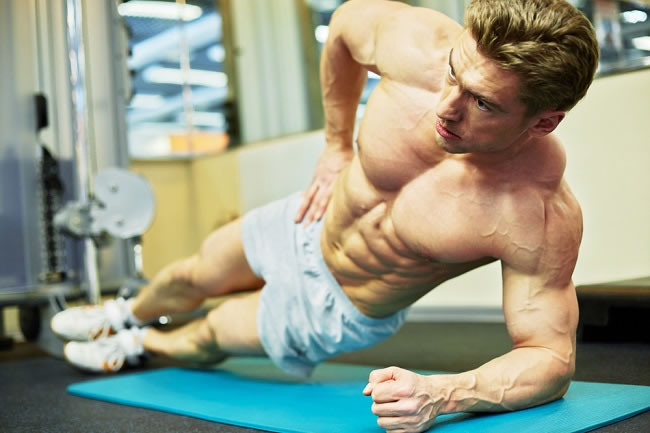 I want to bulk up, what should I be aiming to eat and how do I pick the right protein shake?

"First things first, workout how much protein you need per day to see if you need a protein shake. The often quoted sports nutrition bible, 'The Complete Guide to Sports Nutrition' states athletes consume 1.7g of protein per kg of bodyweight. This is considered the optimal amount to help the muscles repair and regrow. Now for myself (100kg) that’s 170g of protein per day, which is a lot of chicken breasts or hard boiled eggs which admittedly can become boring. This is why I and so many others turn to a protein shake.

If that’s the route you choose then there are three key elements to consider; 1. biological Value (how the body absorbs, digests and uses the protein consumed). 2. the amino acid profile (quite often people will want a shake high in BCAA, Branch Chain Amino Acids). 3. absorption rate (casein for instance has a much slower absorption rate compared to whey protein so would be the preferred shake before bed. Yet whey protein is the preferred choice immediately after training when your body is in a delicate state and requires aminos as quickly as possible to repair and regrow).

You also need to consider that the principle of nutrigenomics (how our food interacts with our genes) means that everyone processes and assimilates nutrients differently. So my advice is don’t just grab a protein shakes off the shelf or begin necking creatine without understanding a little about your own biology first." 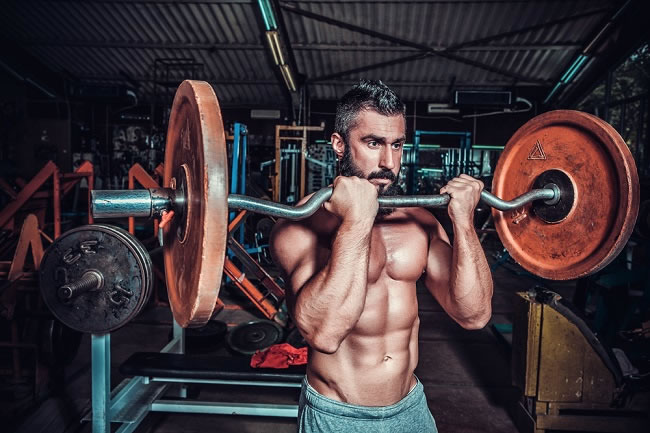 I want to reduce my beer gut but I don't want to stop drinking altogether. What should I opt for at the bar?

"Alcohol gets such bad press as it is regarded as a non-essential nutrient that contains “empty calories”. What this means is that, unlike carbohydrates, fats and proteins, the body has no nutritional need for those vodka shots you had at the weekend. Alcohol contains roughly seven calories per gram, which is only second to fat in terms of calorie density, However calorie counting is a pet hate of mine. Each food has properties FAR beyond its calorie content and we extract far more than energy from food.

Take red wine as an example, it contains a natural, health-boosting compound known as resveratrol that’s produced when grapes come “under attack” from fungus and disease. It’s believed you ingest these same disease-fighting properties when you drink a glass of your favourite red which, to quote scientists from the University of Illinois in Chicago, could have, “anti-inflammatory, neuroprotective and antiviral properties.” All these ailments are associated with the ageing process. So again my advice is don’t tar all alcohol with the same brush. Each food has a unique story to tell (beyond its calories) and it’s our job to uncover them." 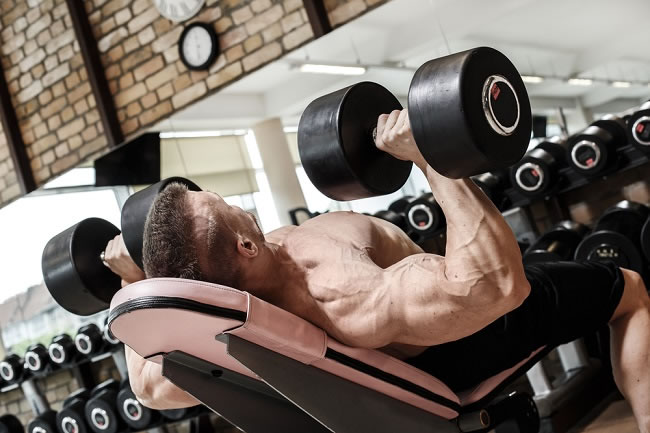 I'm suffering from back ache but still want to hit the gym, what exercises can I do without doing further damage and strengthening my core?

"Aim to do exercises that train the entire body such as planks and squats that have already been mentioned. But to throw another a ‘curve ball’ into the mix, yoga moves such as the high plank, low plank and downward-facing dog poses are particularly effective for strengthening the external oblique muscles."

What matters more, the weight I lift or the number of reps I do?

"A common question and this of course completely depends on your goals. Let me explain, there’s a concept in strength and conditioning known as the Law of Adaptation. It just means we become ‘biologically better’ at a certain task if put under stress.

Now stress can take many forms in training. It’s basically seen as the intentional, systematic application of exercise stimuli to become biologically better at something. Basically, if you want to become stronger you work with more weight and less repetitions (between 1-4 repetitions) since this will bring about the biological adaptions within the body that enable you to lift more and more weight as you continue to train. These changes are typically neuromuscular (so how our body recruits muscle fibers). But if you want to build muscle (hypertrophy) it requires a slightly different approach where you lift a lighter weight for more repetitions (6-12). The changes that occur during this weight/repetition scheme are an increase in muscle fiber size." 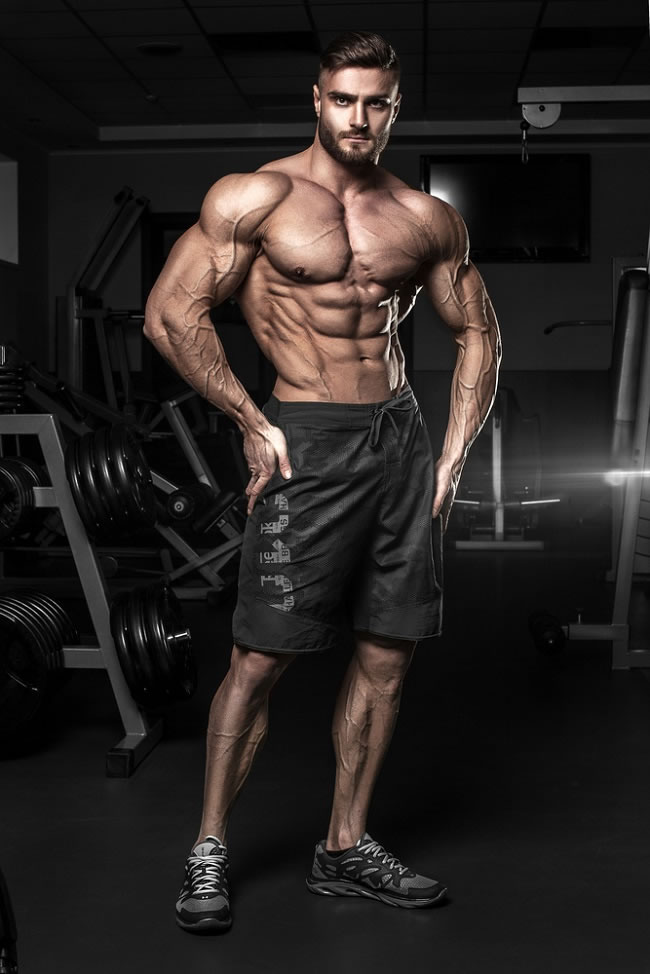 It must be noted this is an incredibly simplified version of the laws of strength and conditioning, but hopefully it illustrates the importance of designing a training routine and using a weight and repetition scheme that best suits your goals.