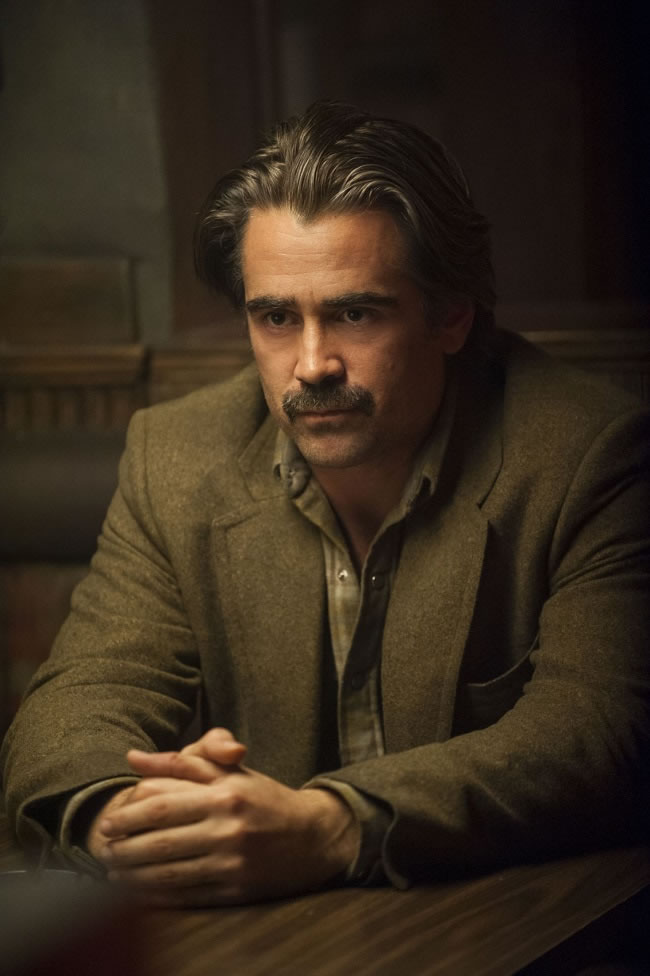 Colin Farrell, ladies’ man, man’s man and reformed bad boy is hitting the big and small screens this year and looks set to become 2015’s all-round leading man. In his first significant TV role since the 90s, Farrell made his debut last month on Sky Atlantic, playing a detective in the hotly anticipated second season of HBO’s True Detective. It’s already a huge hit, with millions tuning in to see how Farrell and Vaughn shape up, as the first series won critical acclaim and earned Emmy nominations for its original leading men, Matthew McConaughey and Woody Harrelson.

Described by one critic at the Huffington Post as "essential viewing," the first series garnered a cult following and Farrell, who will star alongside Vaughan and also Rachel McAdams has already admitted feeling nervous about taking on such a big show, but he’s clearly committed to the part. 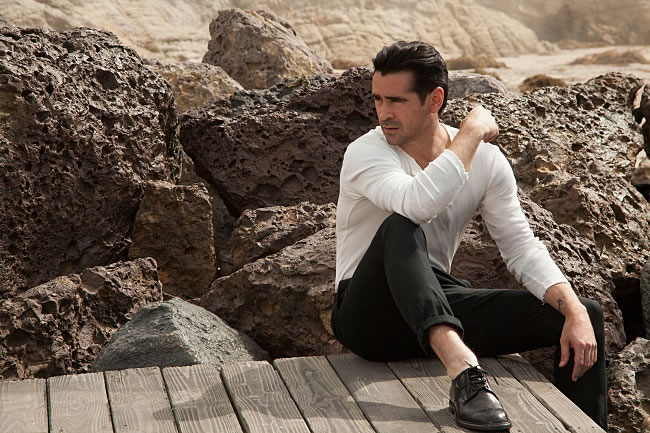 In preparation for filming, he grew a handlebar moustache and gained over 40 pounds to create an authentic paunch for his character, Ray Velcoro, things which he insists will be going as soon as the director of this mesmerising TV drama yells ‘Cut.’ Also confirmed as "the face" of Dolce & Gabanna’s new Intenso fragrance, Farrell epitomises what the cologne’s concept is all about; being rooted in tradition while revelling in modernity.

The boy from Ireland has grown into a man of the world. Equally at home in Dublin or LA, in the pub or on the red carpet, it’s fair to say he’s shed his former bad boy reputation and now exudes the mature, masculine confidence of a laid-back man about town. However, the man may have changed but his personal, cavalier style remains the same. Consistently casual, Farrell always manages to strike the right balance between gentleman and rogue with a largely understated look that never fails to make in impression. 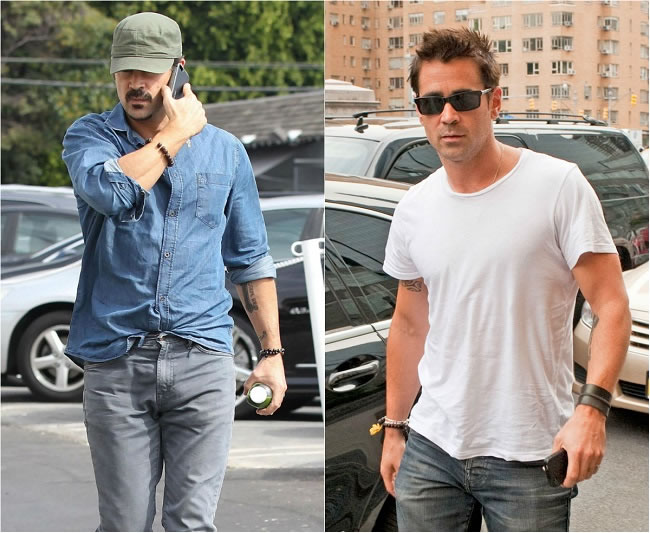 So how does he do it? Here’s how you can get Colin’s look:

Colin keeps it simple and lets the details do the talking. Favouring dark and muted tones and clothes that make him feel good, Farrell’s often casual wardrobe is deceptively well put together. As he says himself, "creating a careless image takes a certain amount of care."  Replicating his essentially unpolished, somewhat rebellious, urban style means selecting key pieces that, while being understated as individual items, come together to make a real statement.

Anyone wanting to emulate his style needs the four staple items Farrell keeps in his wardrobe: a good quality suit, a well-fitting shirt, most importantly - a pair of perfect denims and a classic t-shirt. These are the foundations of an outfit that, with a few simple accessories are suitable for any occasion. Achieving the look means finding quality, structured fabrics in tailored fits that aren’t fussy but which have distinctive yet subtle detailing on the pockets, fasteners or stitching.

One menswear retailer that shares Colin’s ethos of blending traditional and contemporary influences together is 883 Police. With emphasis on quality and detailing that doesn’t compromise on wearability or edgy sophistication, their range sums up Farrell’s style perfectly. Oblivion Denim Shirt £50, Brade 224 Jeans £85, Lenny off white jersey £25, Vin Dark Navy Men’s Blazer £75 all at 883 Police.