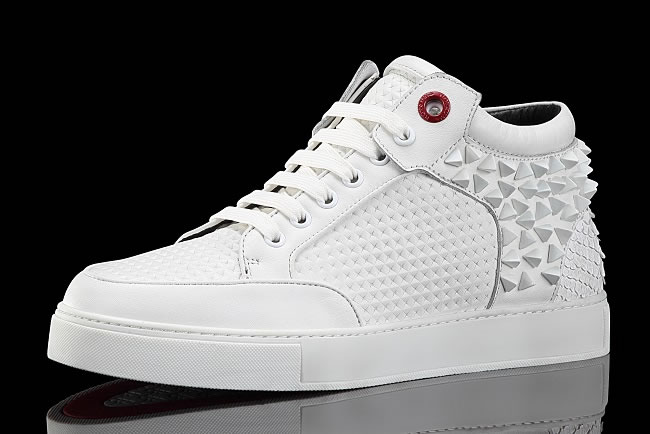 If you have a penchant for high-end sneakers and living beyond your means, then take a butchers at these. All sneakers under the spotlight have been handpicked by myself and fellow sneaker collectomanic Trev Nichols.

Luxury lifestyle brand Royaums (pictured above) launch their first limited edition sneaker, the Kilian Revo. If you like the look of these you might want to get them quick because they're super limited, only a run of 50 pairs produced (Though I've got one boot as a sample so technically only 49.5). The first thing I noticed when getting this out of the box was the weight. This sneaker certainly has some beans to it, which I'm guessing is down to the thick sole that has a contrast red ring motif on the tread (that I liked). The leather sneaker is made from the highest quality Italian leather and featured a distinct python skin heel and titanium pyramid studs. Trev has already pawned off a family heirloom to get his hands on The Kilian Revo which will be released on the 21st August at 500 sheets.

I thought I'd throw this one in because it's number one on Trev's wishlist. This Rantinos Flat Loubie sneaker is lighter and suppler than Catherine Zeta Jones in Entrapment (remember that film when she played a cat burglar alongside Sean Connery and she had to bend and arc through the motion detectors?). I personally think it looks like something Biff Tannen would rock in Back to the Future 2, (another timely reference) and for 900 sheets, I think that could be a bit rich for a fancy dress costume. 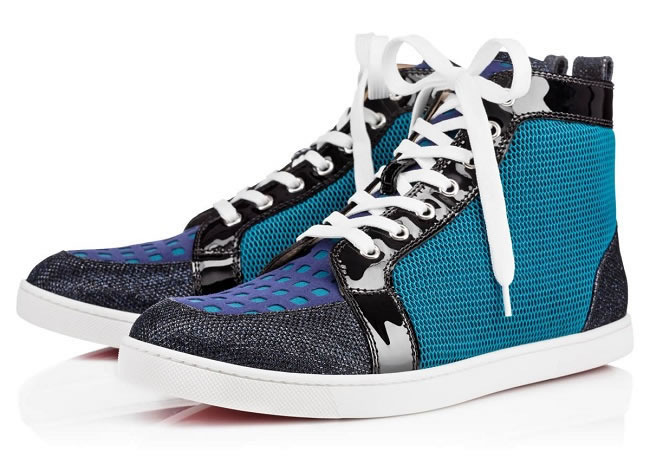 Now the way my mate Trev bangs on about Common Projects you'd think he had shares. This pair of b-ball washed sneakers are inspired by vintage basketball footwear, and designed exclusively for Mr Porter. This sleek pair is crafted in Italy from velvety navy suede and finished with white rubber soles for a clean contrast. You can pick a pair up for 300 sheets. 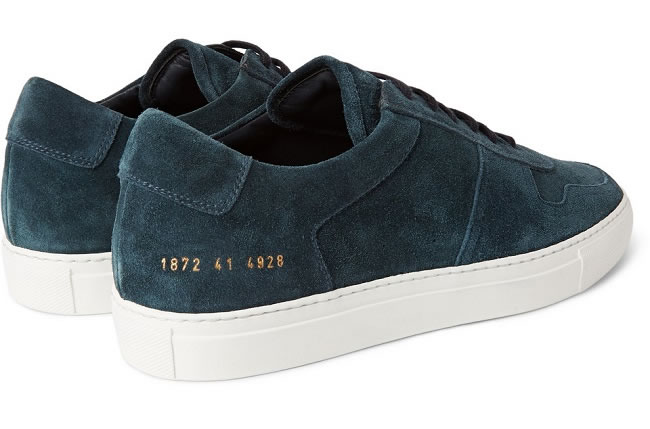 What I like about Diemme is the famed Serena sole, produced by a family run rubber producer in Marche, Italy, that has been making soles since 1952. A sole that is practically impossible to wear down no matter if you moonwalk from Lands End to John O'Groats, it will last you a lifetime. Trev has already cancelled Christmas to get hold of a pair. 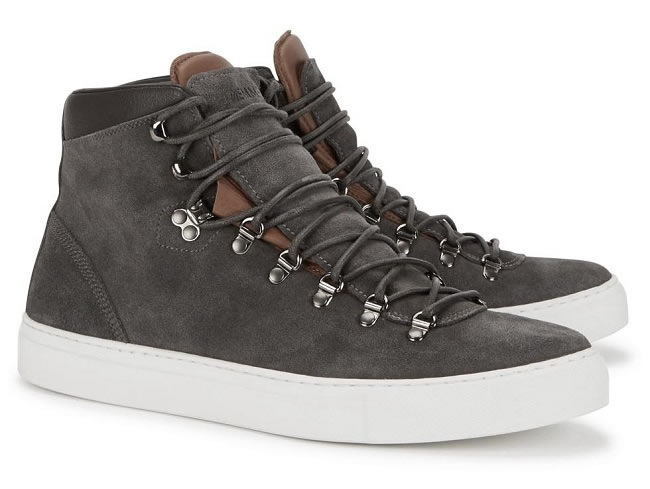 Judging by the name, I'd say this brand fancy themselves a bit don't they? Golden Goose Deluxe Brand's signature sneakers are handcrafted from claret suede and treated with wax to give each pair a unique love-worn finish. Trev and I are quite divided on this brand. If this is the way fashion is going then it's just open season for everyone to put their old trainers on eBay for 250 sheets. I personally won't be bidding, but I know a man that will. 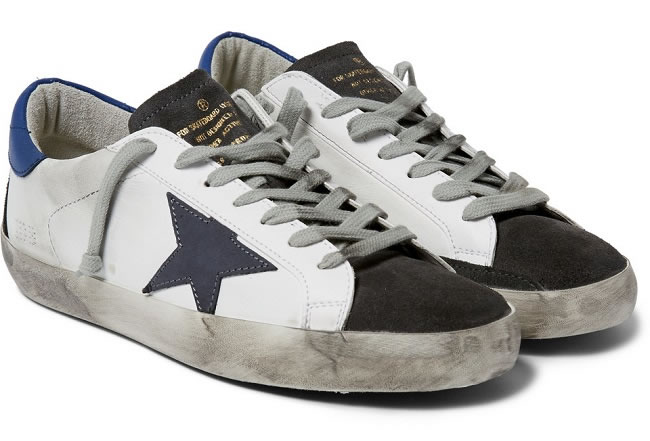