THE POWER OF THE WHITE DINNER JACKET 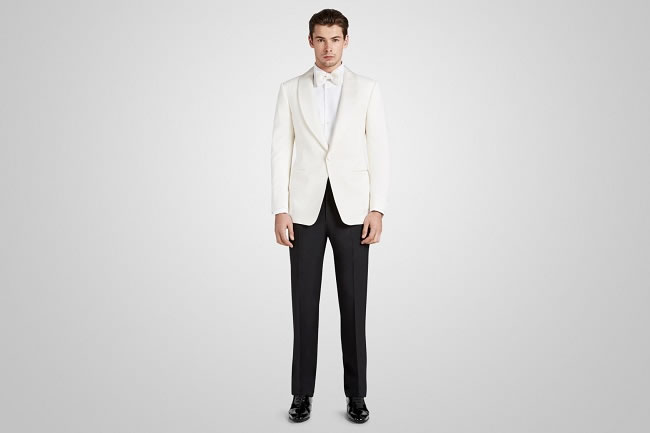 One of the key elements of a Bond movie is in the denouement, when Mi6, the CIA, the KGB are all patched into the same conference call to congratulate Bond on completing his mission, only to find Bond in the throws of passion. "What's Bond doing? ...... I believe he is attempting re-entry sir." Whilst that may be too pithy for the Craig Bond, stills from the upcoming Spectre movie have at least revealed the return of the white dinner jacket (WDJ). The single vent, windsor ivory viscose faille dinner jacket with peak lapels, is adorned with ivory grosgrain details. But where else have we seen Bond rock this haymaker of a dinner jacket?

OOOF ooof. No better dinner attire in the tropics than this bad boy. Although there is a bit of an off-white tinge to this one, perhaps the wardrobe department left it out in the sun too long before filming began. Sean rocks this number with self-faced lapels - silk faced lapels is simply too disco for Bond. The red carnation is just pure sex and this is a near perfect debut for the WDJ . 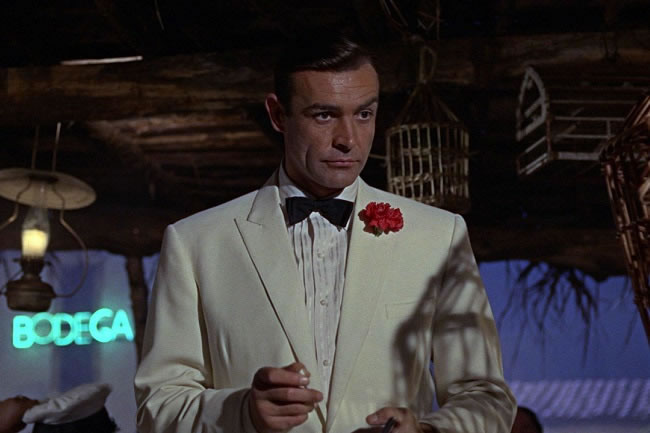 Connery book ends the WDJ in what would turn out to be his last outing as Bond in an EON production. Here he wears it with what Vespa might class as 'disdain' as Connery needed £1.25 million to be persuaded to reprise the role after Lazenby had hung up his ski's after his stunning debut in On Her Majesty's Secret Service. I'm not a fan of the wide baggy pocket flaps, but I do like the fact that he simply owns that Las Vegas casino as he walks through it like a sharply dressed panther. 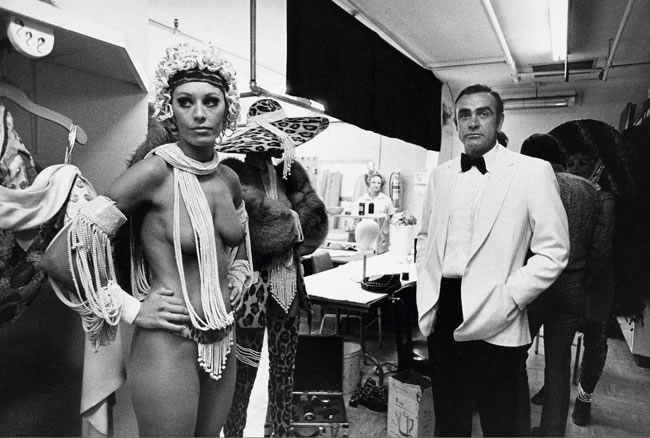 The Man with the Golden Gun

It may have been Fleming's last word on Bond, but it's Roger's debut wearing the WDJ. Now Roger is breaking all kind of records with the width on those lapels. The over-sized bow tie accentuates the 70's flare aspect of the WDJ and proves how narrow the margins are between suave and novelty. 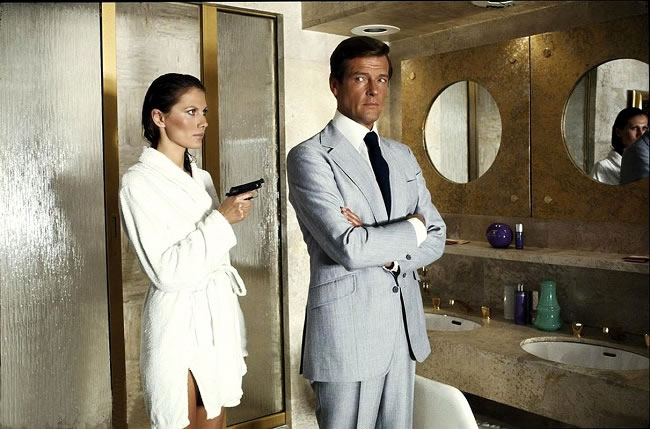 The WDJ is just too ugly to feature... but he sure looks dapper here.

That's more like it Roger! Keep the lapels slim and the bow tie modest. Doesn't he look the nails in this double vented off-white Hayward classic? First he whoops Kamal at Backgammon by rolling a double six, ooof OOF! Then he goes off to bed Magda played by Kristina Wayborn who was Miss Sweden back in 1970. It just goes to show the true power of the WDJ. 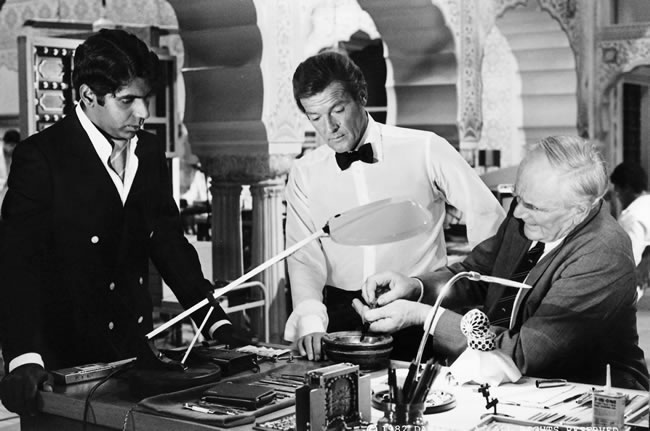 A View to a Kill

Some may say it was a little cringy seeing a 58 year old Roger Moore crack onto a 30 year old Tanya Roberts in a View to a Kill. But who could resist ol' Roger in this power house Douglas Hayward Ivory jacket? Answer is no one! Tanya Roberts although initially gives ol' Roger a muted response but puts out in the end. Even Grace Jones personally "takes care" of Bond after seeing him strut out this linen, notch lapel masterpiece in the Chantilly sunset. 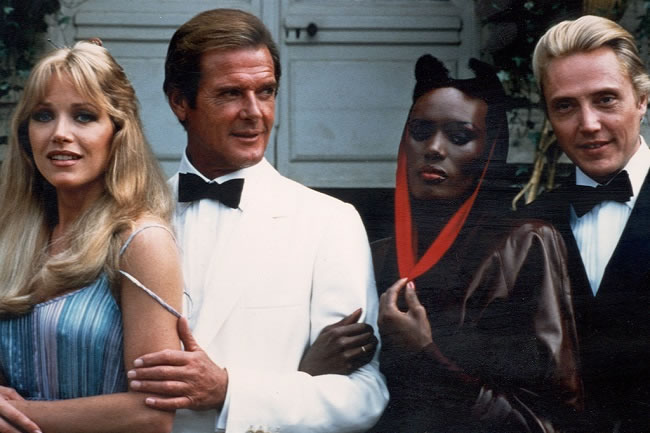