THE STYLE AND AESTHETICS OF THE INDIGENOUS PEOPLE OF TAIWAN 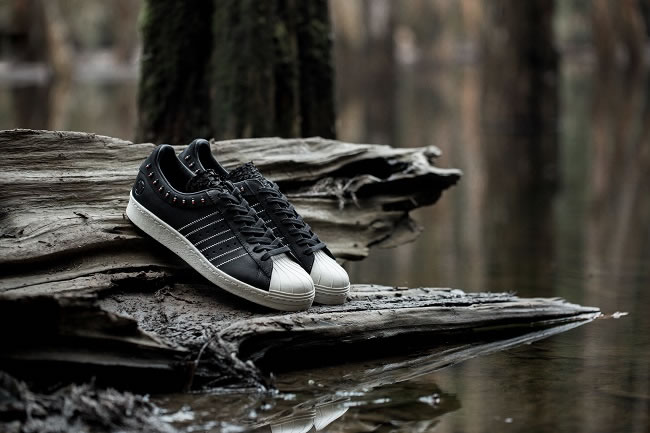 Apart from the carefully curated selection of international brands, INVINCIBLE is well-known for its high-profile collaborations. Especially in the footwear segment the Taipei-based retailer has garnered international recognition. With this years' spotlight on the Superstar, timing and context could not have been better for this first collaborative project as a Consortium partner. For their interpretation of one of adidas' most iconic silhouettes, INVINCIBLE was offered carte blanche on the archetype of the Superstar, the 80v.

The design inspiration for their shoe can be traced to the style and aesthetics of the indigenous people of Taiwan. Traditional costumes often incorporate a variety of pastels but mainly shades of blue, white and red. These three colors also appear on the shoe in the form of a small row of beads around a fold down collar. A zig-zag patterned edge adds more emphasis to this particular element on the shoe which is a novelty and custom execution for this model. It is also the most characteristic attribute of INVINCIBLE's re-engineered version of the Superstar. 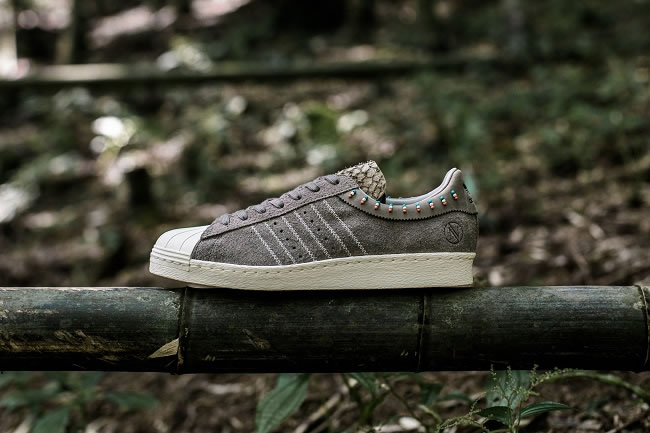 Slightly less visible, but significant nonetheless is the use of fish-skin on the tongue. It is another reference to the Taiwanese heritage, as this material is found on traditional armor used for ceremonial purposes and ritual fights. Further elements such as the embroidered three stripes but also the custom-designed pattern – a mix of tribal elements and logo references – on the insoles provide for an overall hand-crafted feel. 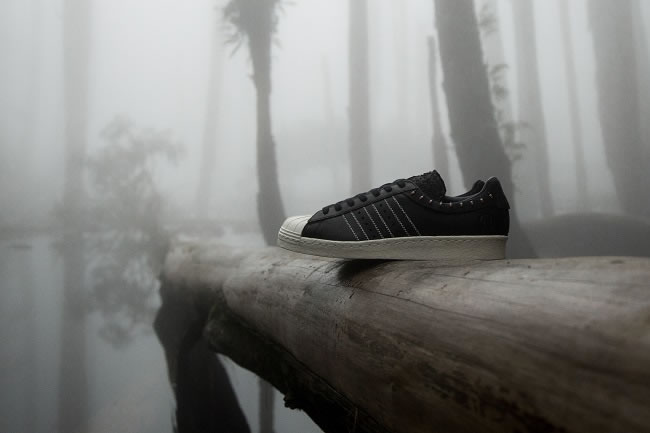 INVINCIBLE have delivered a highly conceptual design that furnishes the classic silhouette of the Superstar with a new, slightly exotic spirit. The Superstar 80v INVINCIBLE is an ambassador for the retailer's creative enthusiasm as well as for Taiwan and its rich cultural heritage. The grey version of the Superstar 80v INVINCIBLE will be launched on November 21st at No.42 Paris, No.74 Berlin and selected Consortium retailers. A monochromatic black version will be released exclusively at INVINCIBLE, No.42 Paris, and No.74 Berlin on the same day. 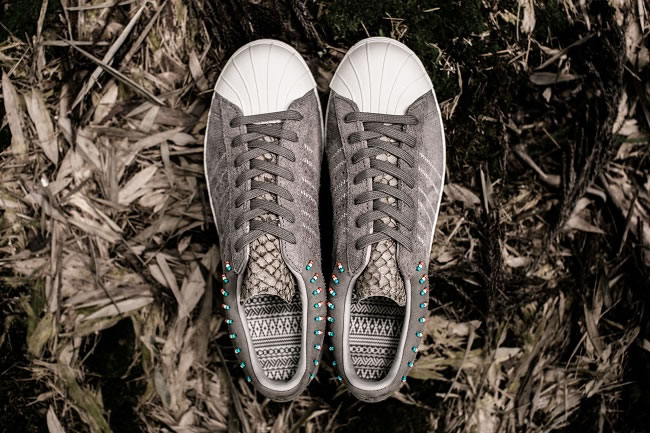 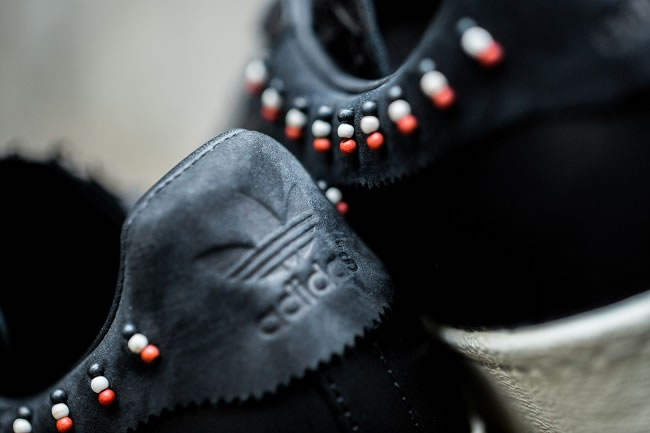 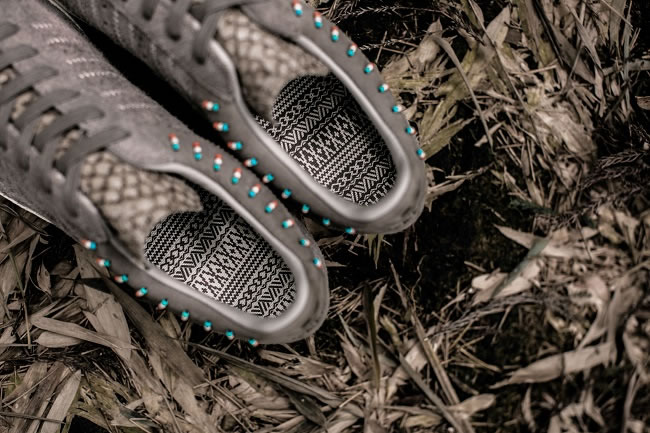 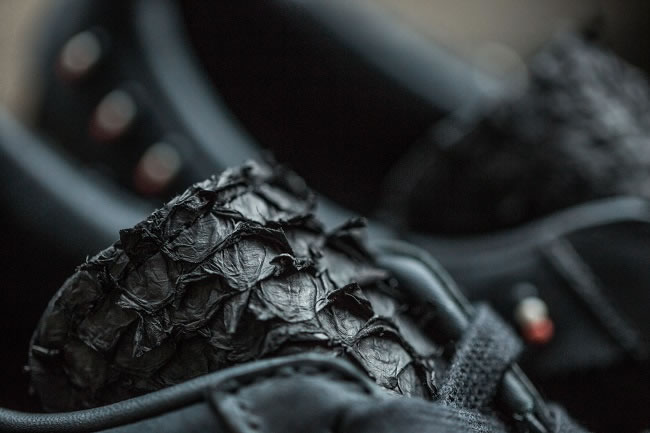 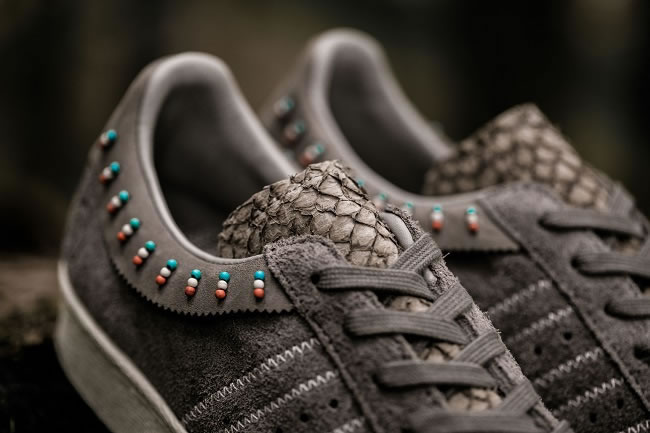 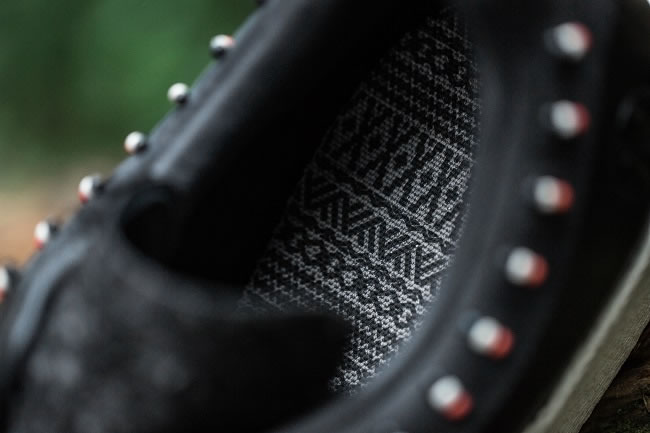 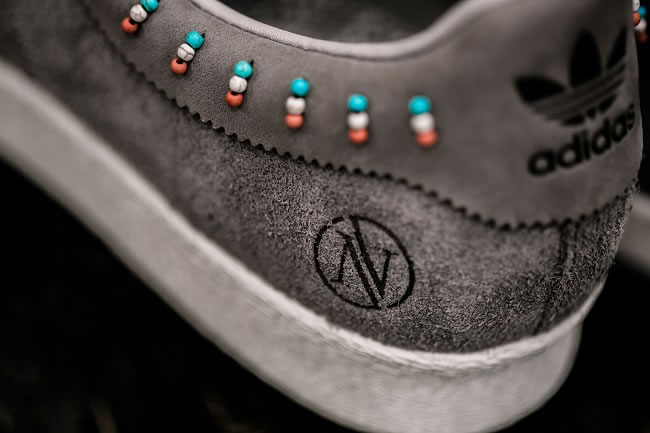