INTERVIEW WITH JACK GARRATT AT ONE EMBANKMENT

BACKSTAGE AT LONDON’S EXCLUSIVE ‘SURPRISE YOURSELF’ PERFORMANCE WITH HP LOUNGE 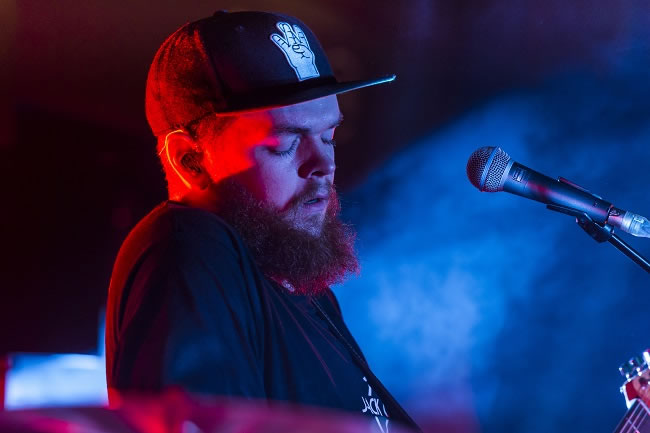 HP is going through a period of 'reinvention' and one of their most recent achievements as part of this process is the launch of the world's thinnest laptop; the Spectre. MenswearStyle were invited down to One Embankment for the launch of this beautiful piece of technology which coincided with one of the HP Lounge sessions starring none other than AlunaGeorge and man of the musical moment; Jack Garratt.

At the start of the evening we were taken to have a look at the new piece of kit from HP. I have to confess, as soon as I saw it I was obsessed with it. If you are someone who takes pride in how their laptops look in design, then the Spectre is definitely one for you. The standout feature for me is the fact that it weighs just 1.1kg with a carbon fibre base, making it extremely durable. I was also obsessed with the high gloss copper detailing set against the charcoal grey - this certainly makes it stand out amongst the crowd. You may think HP might have concentrated on the design too much and ignored the specifications of the actual laptop, however this is not the case as it has 6th generation Intel Core 15 and 17 processors and storage of up to 512GB. Plus, it has some pretty incredible Bang & Olufsen built-in speakers to provide serious sound. The Spectre won't actually be available until June this year but I predict some serious technical buzz as soon as it arrives. 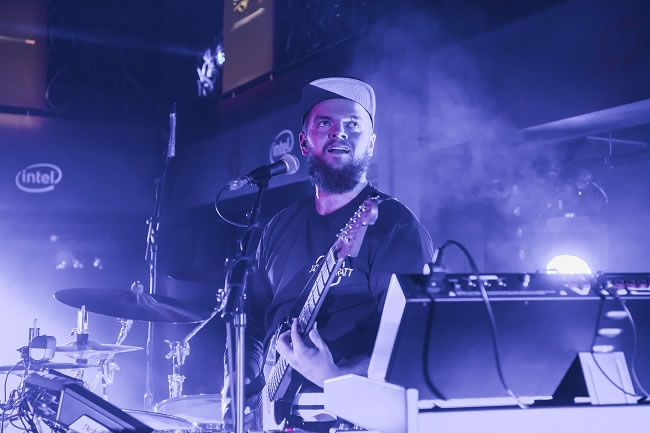 Before the night got into full swing we were invited backstage to have a 1-2-1 chat with the ever humble and extremely chatty Jack Garratt who was headlining the event. At just 24 Jack has already achieved so much on the music scene, with one of his most recent accolades being the Critic’s Choice Award at the Brits. Everything is written and produced by himself and after such a powerful and unique performance, it is clear he is a serious talent to be watched. We spoke to him about his debut album, Phase, life on tour and his multi-faceted creative skills. Jack rocked out so hard on the night, on various electrical instruments, that most of us left the venue with our jaws on the floor.

To someone who hasn’t listened to your music, how would you describe it?

“I would actually try not to use words to describe my music and instead I would show them a couple of tracks. Only because a lot of the tracks are so different to the other songs. Because I produce everything myself, I try and change up the sounds. Not to try and be different every time but to try to serve the purpose of the song. So I think the best way to describe the music would be to give someone the opportunity to listen to it and if they like it, amazing!” 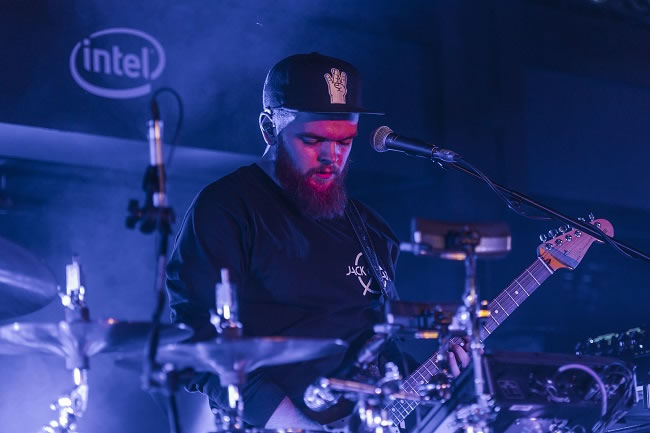 You are obviously a very multi-talented musician in the way you can play various instruments, is there anything you can’t play that you would like to play?

“There are lots of instruments I can’t play that I would like to be able to play. A musical instrument is designed to be played by at least somebody and I haven’t played all of them so I don’t know what I can’t play! I have always been fascinated by the Sitar and I would love to be able to play something like that. Especially from that part of the world and that culture. They create such incredible art and music that it would be amazing to involve it in some way.”

Has it been personal previous experiences or experiences of friends that inspired you with the themes of your new album 'Phase'?

“It’s kind of a mixture of both. I did take ideas from my own experiences but I also wrote the album on experiences of the people around me. I try not to put myself into it too much. Even when the person singing the song is using the word ‘I’, it doesn’t mean it’s necessarily about them and that is the same for me, it can mean someone else. I try not to involve my voice in the songs as a character but more as an instrument.” 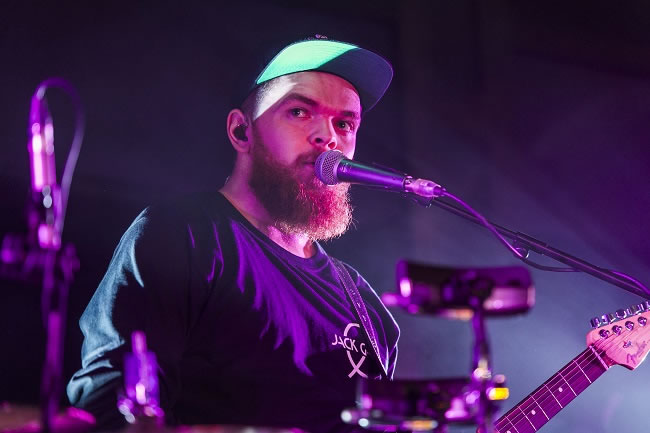 You are obviously a naturally creative person, do you have other creative outlets?

“I try and encourage myself to take pictures as much as possible. I travel around with a Polaroid camera. I’ve got an SX70, which I’m not shooting on at the moment, but I use a couple of different Polaroid cameras. That’s really fun because the film is expensive which means you have to choose your shots wisely. The immediacy of it is the thing that I love about it. You get to immortalise the shot and the moment. I take a lot of portraits of people when they aren’t aware of it. I have a lot of photos of my crew doing some crazy things!”

“Life on tour is hectic but constantly changing which is the fun part of it. I just flew in from Chicago this morning and I am doing this HP Lounge show and then it is straight on the bus to Hamburg tomorrow and that’s a 14 hour drive! You are constantly on something that moves and you figure out at some point when to sleep!” 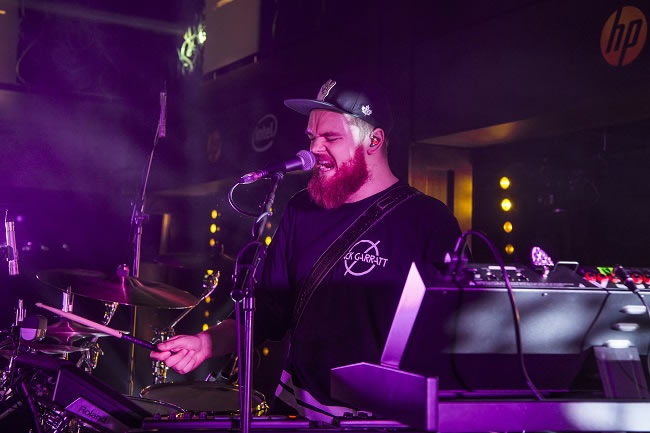 What is your favourite track to perform live?

“Probably 'Fire'. It is probably one of the hardest tracks to perform and the reason why I enjoy it is because the ending is really explosive. It is different to the track in that a lot of the live performances are different to the recordings. I think it is the job of the artist to make sure the audience are seeing something unique.”

On social media you asked people to post their personal fears, what is yours?

“Ah yes it was all part of my video for Surprise Yourself. We gave people the opportunity to face their uncertainties and fears, not all of them were phobias! So we wanted people to surprise themselves in some way. A way to try and progress. My main fear is actually flying! I am absolutely terrified! That is a real phobia for me. It’s a challenge!” 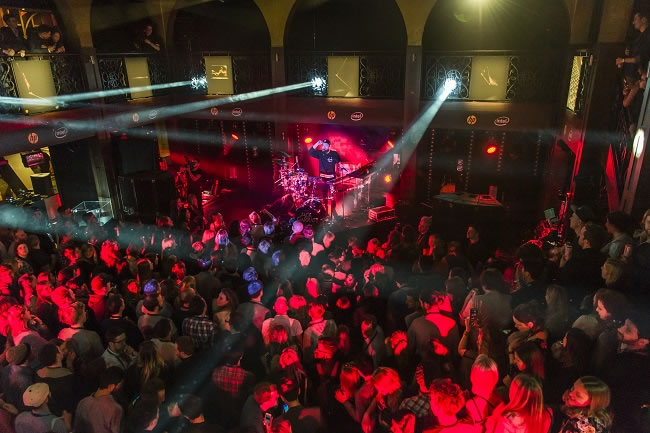 What about goals, is there anything you want to reach for in your music?

“I try not to set myself anything too tangible or materialistic with goals because I feel like I would be disappointed if I didn’t achieve them. For example ever since I was a kid I’ve wanted to perform on Jools Holland. It would be incredible! But I’m not thinking about that every day because what would I do the day after, if say that was to happen?? Touch wood, say that does come around one day, what would I do afterwards?? I try not to set myself goals like that. Not because I don’t want to achieve certain things, but just because I would prefer to just achieve things as they come along.”

Are there any songs past or present, you wish you had written yourself?

“No, because it wouldn’t be me! There are plenty of songs I kick myself about. There is song called Easy, by a band called Son Lux which inspired me to embrace this new sound I was toying around with. I don’t kick myself because I think I could have written it, but just because the idea is so good. It is simple in its finest form and it exists and it is just brilliant. It wouldn’t have inspired me in the same way if it had come from my head. Same with any Stevie Wonder song!” 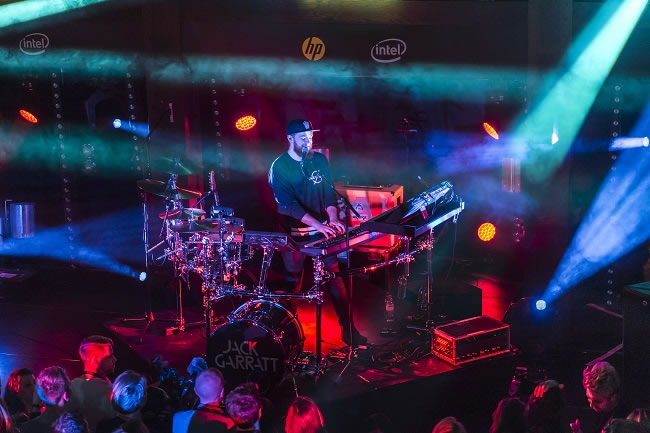 Venue wise, do you prefer performing in a more intimate venue like the one tonight?

“To fairly answer that I feel like I need to have headlined all the massive venues at least once. I’ve played arenas, I’ve supported bands that have played arenas, and they are great. I’ve not played to a crowd in those situations where they have wanted me there and so they have either been surprised or not interested. So I love playing smaller venues because I love to interact with the crowd in a more honest and direct way. The biggest show I have done was at Brixton a couple of weeks ago and that was incredible and that was about 5000 people. I’m about to go and do a tour in Europe where I am guessing the count is around 700 at a push. It is going to be a vast difference in numbers but they will be just as great.”