RULES THAT SHOULD BE OBEYED UNDER ALL CIRCUMSTANCES 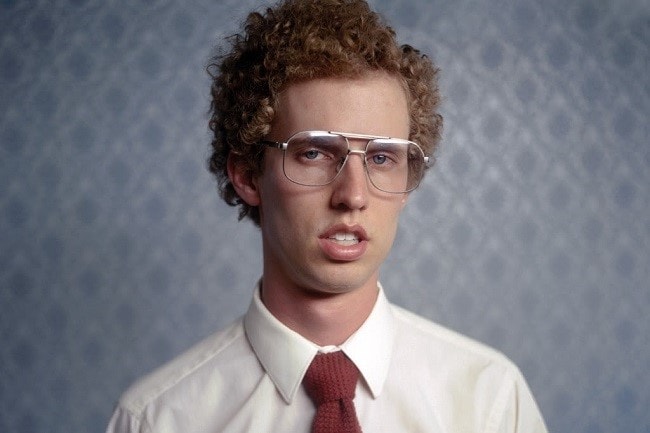 When you’ve become accustomed to wrapping up in a parka and a woolly hat for most of the year, summer can suddenly become a minefield for fashion faux pas. Whilst almost anything goes (within reason) if you can carry it well, there are a handful of steadfast rules that should be obeyed under ALL circumstances and there are some common mistakes that break them – we’re here to tell you what they are.

Your vest is less than modest

One of the biggest mistakes we see at the beach or by the pool is the truly ghastly low-cut vest. You know the type - favoured by the kind of men who go for a twenty-five minute blast on the sunbed before and after the gym. Do you really want to be taking style cues from those guys? Follow one simple rule: If your nipples are visible, put it in the bin, and then set the bin on fire, and then run away from the bin. 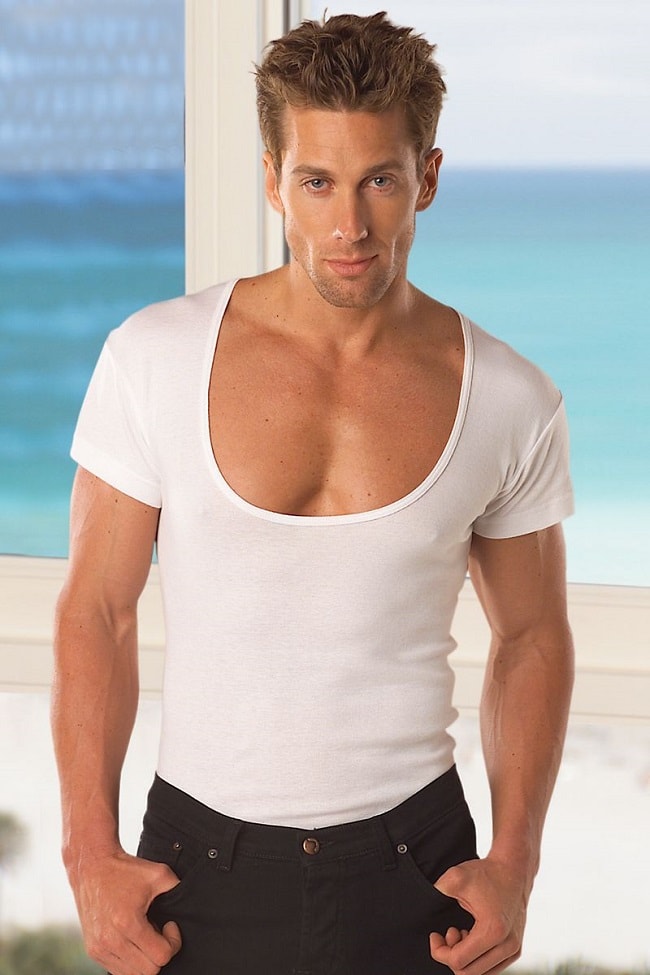 Kylie Minogue called, she wants her shorts back

Your shorts really shouldn’t be any higher than a third of the way up your thigh, at most! If they are then you may want to reconsider. Nobody wants an impromptu viewing of your junk, regardless of what you might think. Opt for something which breaks a couple of inches above the knee and not only will you look better, but your tackle won’t be making any surprise appearances when you decide to sit down. 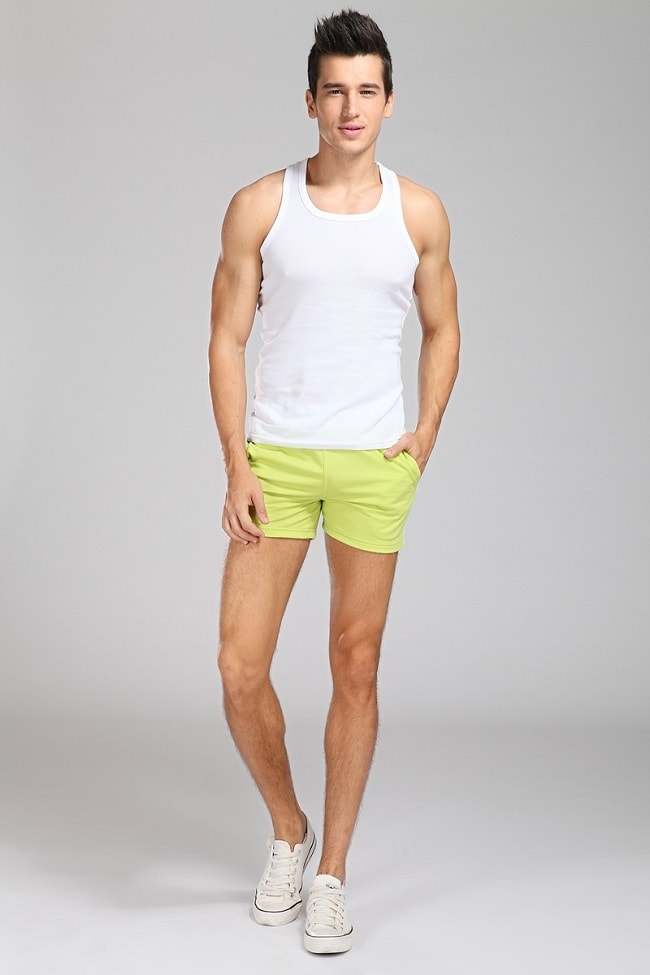 Fred Durst called, he wants his shorts back too

While wearing your shorts too short is a big mistake, the same can be said at the total opposite end of the spectrum too. If your shorts are finishing much below the bottom of your kneecap then get them in the bin. Nobody should be asking questions about whether they’re long shorts or short trousers – and remember, relaxed = good, baggy = bad. 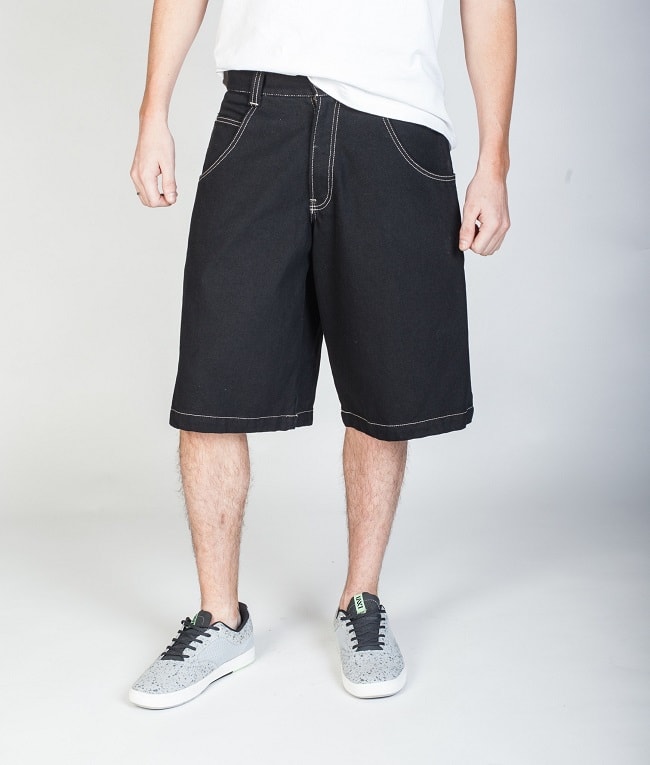 You’re getting the socks wrong

When it comes to wearing socks with shorts you really only have two good options. Your first option is the invisible sock - no we don’t mean trainer socks, they are still visible with shoes on - we’re talking about socks which are cut lower that the traditional trainer sock so that no material is on show once you’ve donned your favourite footwear. Your second option is basically the opposite; long white socks pulled up can be a good choice with the right footwear but it’s worth bearing in mind that this look – popularised by the likes of Gosha Rubchinskiy – only really works on a slimmer, taller guy. If your legs are short or thick then this look will only amplify that. Try it out with some high-top Converse All Stars. 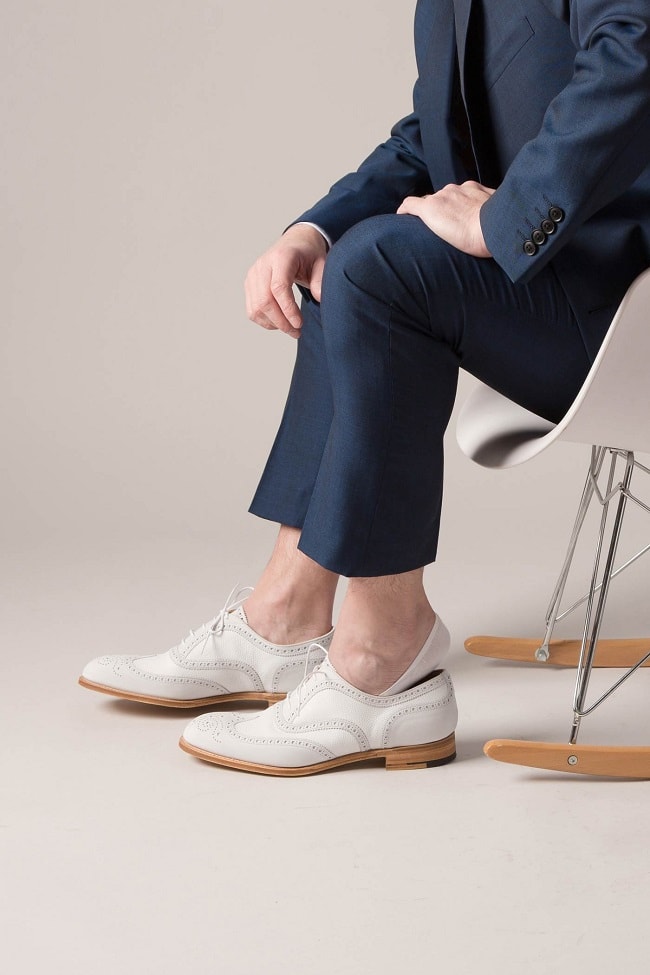 The sun might be shining but that doesn’t mean you’re in an Australian surf bar, you’re in the city and the city is no place for flip-flops. We’d recommend going for a super lightweight trainer instead, something like a Nike Flyknit Runner or a Sock Dart. If you really must expose your feet then get the sandals right – anything that flaps around is a no-no in the city, instead try some of the designs Suicoke have on offer which are much more street-friendly. 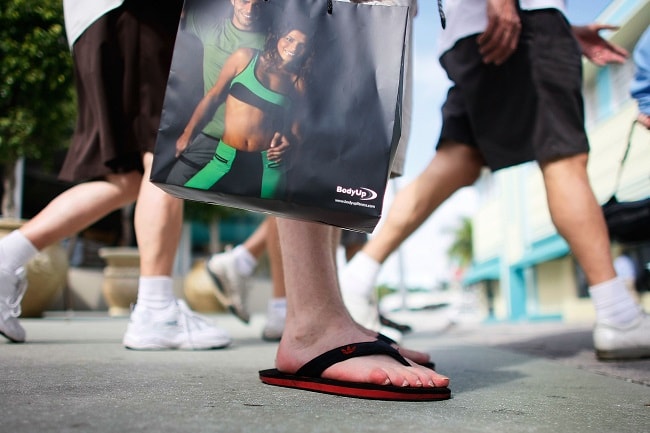 Flip Flops in the city

Inexplicably a lot of men still seem to think that when on holiday it’s mandatory to buy lots of beaded bracelets and necklaces and spend their summer walking around sounding like a maraca – it’s not. When it comes to jewellery remember the mantra “less is more”, Coco Chanel once said that before you leave the house you should look in the mirror and take one thing off. Sticking with a nice wristwatch is all you need to do to look clean, crisp and stylish. 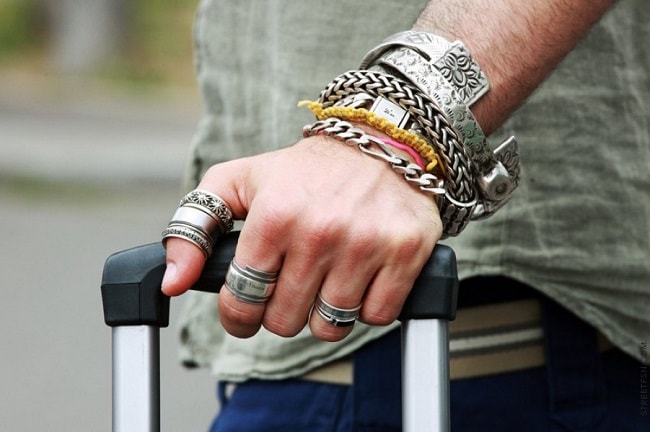 Last but by no means least, put some sun cream on. Being bright red and peeling is NOT a good look for anyone. We've recently advised you on how to protect your skin whilst tanning so you have no excuse. 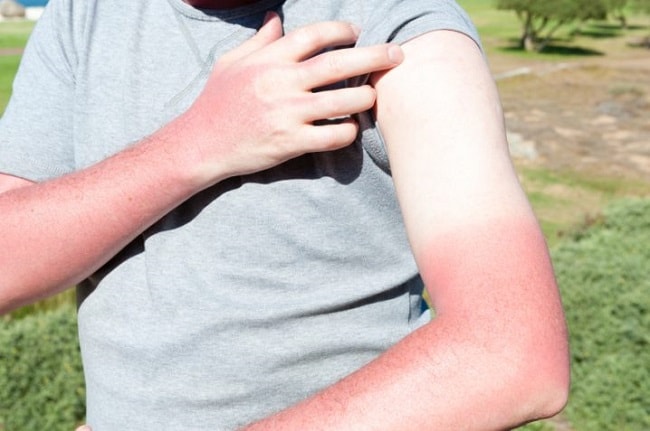