COMPLEMENTING THE DISCERNING SPORTSMAN’S WEEKEND AWAY 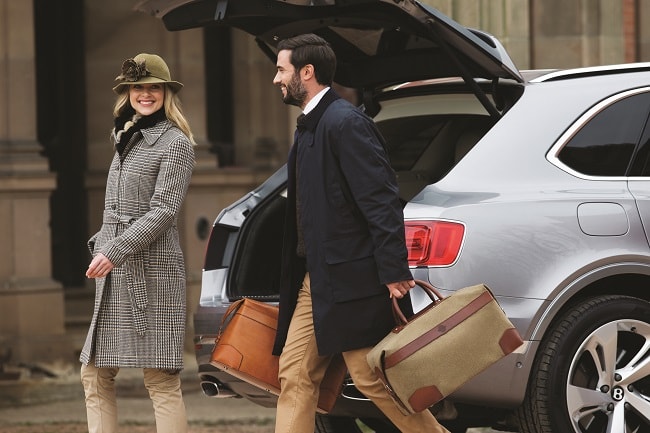 From the inception of his Company, James Purdey established himself as a purveyor of fine travel goods designed to accommodate his bespoke guns and rifles. James Purdey & Sons follows on this tradition with its new luggage collection, launching in store and online. The collection will officially launch at an event on the 21st of September at Audley House in Mayfair.

This new collection of bags complements the discerning sportsman’s weekend away, from the Side by Side Weekender that fits all of your kit for the shoot as well as a full gun, to the Keeper tote bag, which translates through the country and town. There will be two stages of the collection’s launch. The first six pieces using nettle/cotton canvas will be released at the end of September and the second five all-leather pieces will be launched in early 2017.

The Purdey style and attention to detail runs through every item in the luggage range - from the iconic shapes of the oval at the head of the straps, to the original Purdey starburst logo on the clasps, drawn by James Purdey himself in 1826. As with all Purdey products, there is a focus on sourcing materials for the pieces within the United Kingdom and using traditional techniques in the manufacturing process. 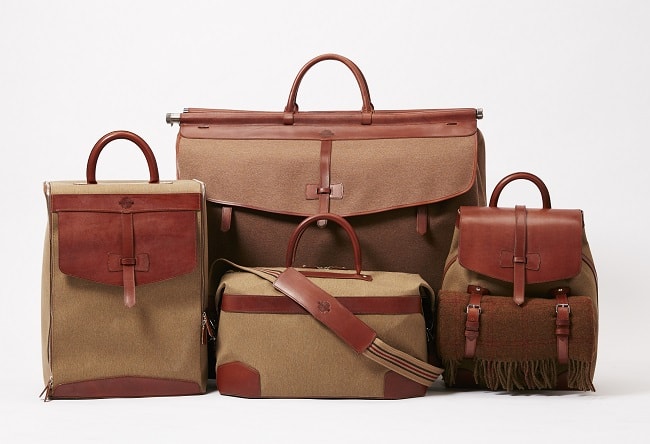 Nettle/cotton canvas is attractive, strong and steeped in history. The Swiss Army found that nettle fibres were extremely durable when worked into yarn, and combined with cotton, would make the most robust material for their famous rucksacks. Purdey’s canvas is an English recreation of this invention, created by John Spencer, the last traditional cotton weaver in the town of Burnley, where the world’s industrialised textile weaving industry began. The material is very versatile and good for the environment, as nettle requires no pesticides to grow.

The leather used on the straps and handles of the first six pieces and the entirety of the second five is oak bark tanned leather. J. & F.J. Baker on the banks of the River Coly in Colyton has been using this traditional method of tanning leather since Roman times and is Britain’s sole remaining traditional oak bark tannery. The hides are treated in the oak bark mixture for one year, producing strong, hard-wearing, yet lightweight leather. Many modern day leathers are produced out of the UK using chemicals to accelerate the tanning process, but as with the nettle canvas, Baker’s leather is truly organic with no chemicals involved anywhere in the tanning process. 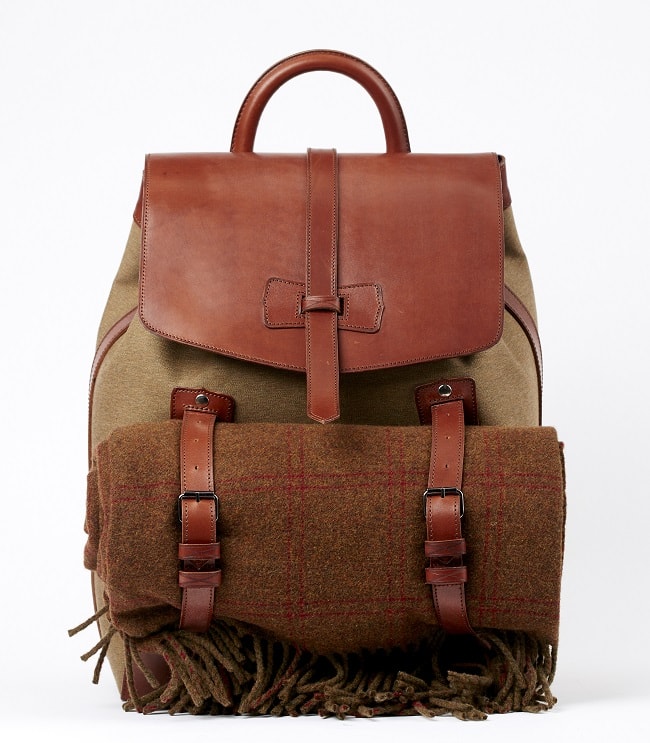 Every luggage item will be stamped with its own individual serial number, like all of Purdey’s shotguns and rifles, to maintain the heritage of each bag. Also akin to the guns, the hardware on the pieces has been created using the same engineering skill. Metal parts are made from solid brass that has undergone six processes before a final coating with ‘black gold’ to give it the famous Purdey Coin Finish. The buckles, clasps, catches, and even the rivets and screws, are all designed in the Purdey pattern. They, like the entire collection, are intricately beautiful and built to last.