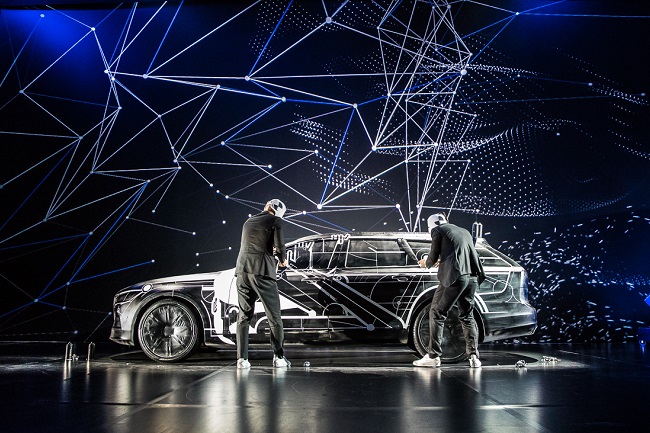 This week MenswearStyle were invited to an exclusive unveiling of the new Volvo V90 Cross Country in the MAAG Music & Arts halls within the heart of Zurich. Volvo Cars’ Cross Country models fulfil an increasingly important part of the Swedish automaker’s product portfolio as luxury car buyers seek out a more experienced-based lifestyle that occasionally takes them off the beaten track. The Volvo V90 Cross Country’s rugged character belies a sumptuous interior that delivers a level of luxury uncommon in the segment, combining all the benefits of the connectivity and entertainment features that were launched with the new S90 and V90, including a high-end sound system by Bowers & Wilkins.

"My favourite highlight from the infotainment system has to be the sound system by Bowers & Wilkins. When we went down to Abbey Road studios to test the speakers the sound engineers reported a 'mild clicking' with the speakers. At first they thought it was a fault with the speakers but it turned out that the clicking was the piano player’s cufflinks hitting the keys. They had never heard it before, that's how good Bowers & Wilkins are, and the quality we invest in. We also have great app features, park & pay, touch display, we put technology in that makes sense, not for a gimmick." - Anna Rynvall, User Experience & Connectivity Manager, Volvo Car Corporation. 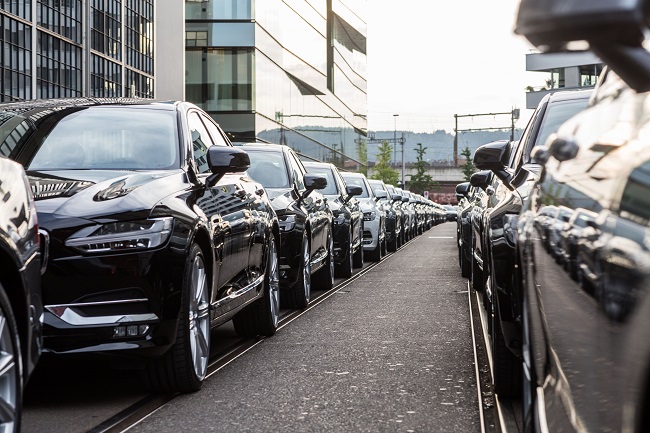 One of the key differentiating factors of Cross Country models is increased ground clearance. Designed to enable off-road capability in all seasons, The Volvo V90 Cross Country has been raised by 65 millimetres when compared to the V90. This increased approach and departure angle helps to protect the front and rear in steep slopes and on uneven surfaces. As with every Volvo car, new tyres are developed in close cooperation with tyre manufacturers to ensure a stable, high performance driving experience. Optimised for individual models, the tyres on the new V90 Cross country have been designed for increased ride comfort and grip in both on and off-road driving conditions. 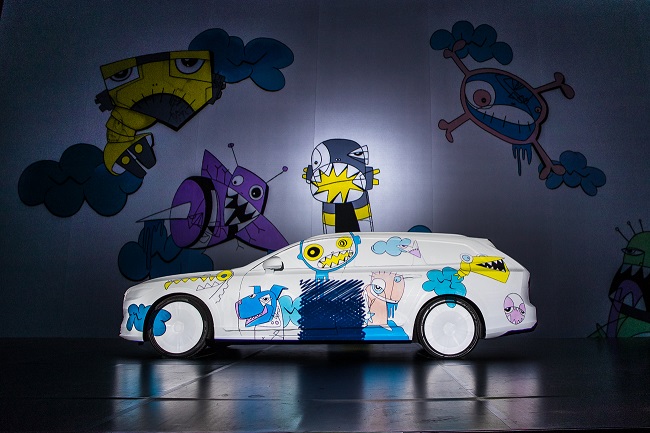 The evenings frivolities also had moments of equal splendour. To kick off the sixth event, in a retrospective exhibition the best artworks from five years of the Volvo Art Session were shown again as projections on the new Volvo V90. In the first live highlight of the evening, globally acclaimed, award-winning choreographers Honji Wang and Sébastien Ramirez enchanted the audience with a stunning dance performance of hip-hop, ballet and martial arts. 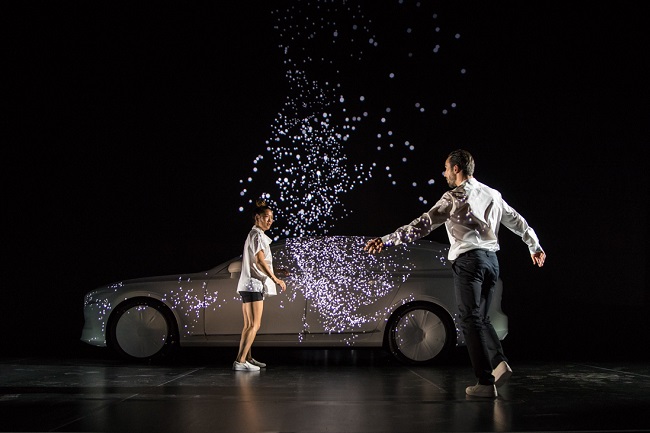 With over 500 invited guests, the sixth event was the biggest Volvo Art Session to date. The audience included many well-known faces. Alongside numerous media representatives, a number of prominent figures from the worlds of entertainment and the arts made sure they didn’t miss out on the action. The guests included model Anja Leuenberger and artist Blanda Eggenschwiler, who have both been involved in previous Art Sessions and had made a special trip from the USA to be there. 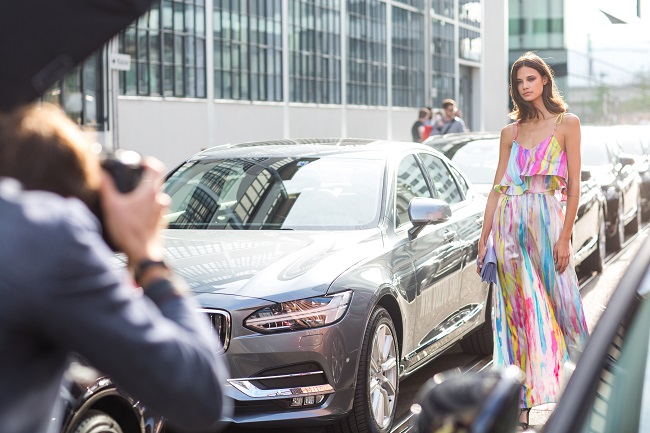 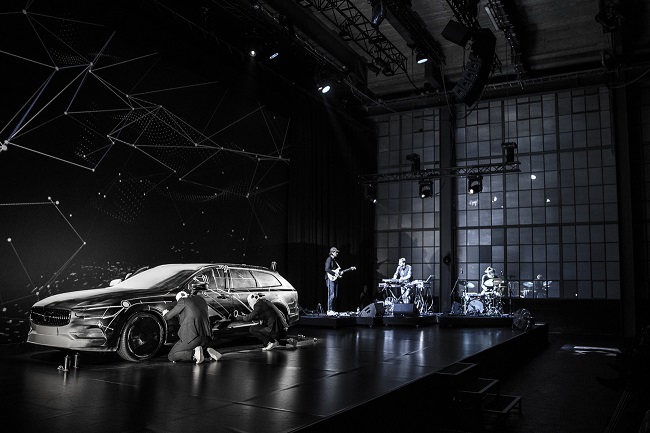 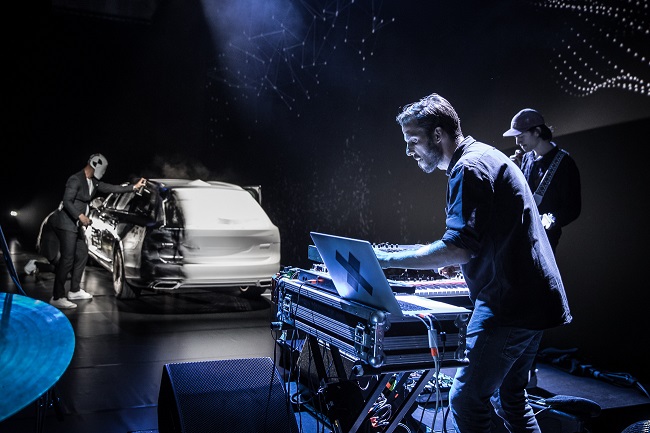 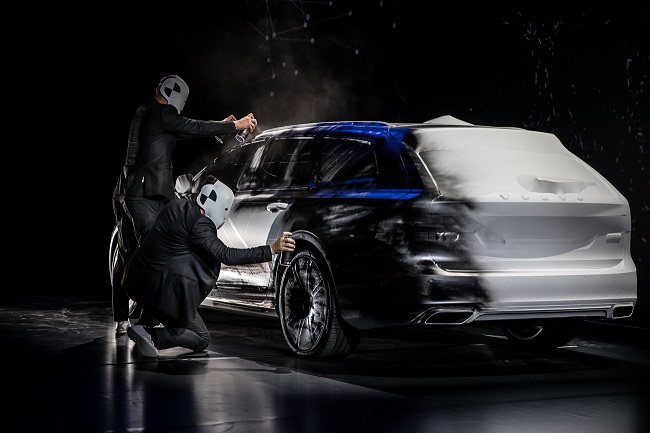 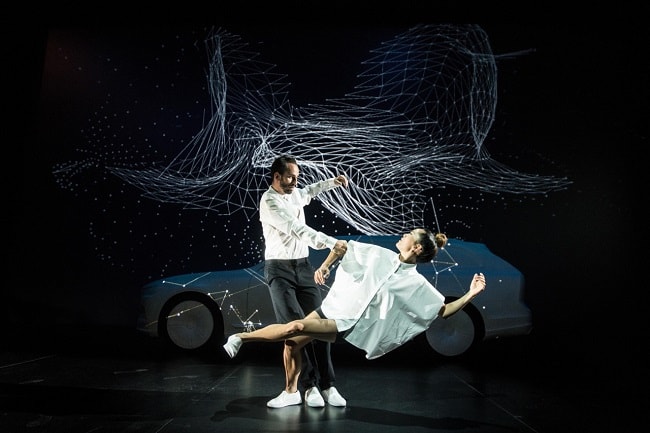