WE PUT 3 SHOE PROTECTORS TO THE TEST 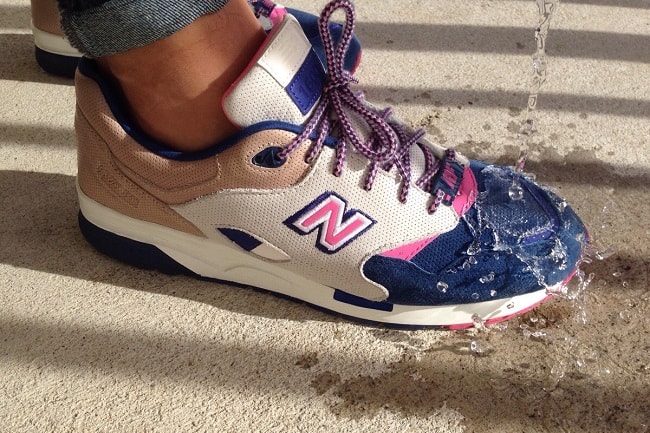 If you live in the 21st century then chances are you have a computer. If you have a computer then chances are you’ve been on social media. If you’ve been on social media then chances are you’ve seen videos floating about, in which people pour things like ketchup or paint all over a new pair of trainers, only for it to run straight off like water off a duck’s back. Looks pretty good, right? Looks like the kind of shoe protector you might want to invest in to protect your own brand new trainers. But do these miracle, spray-on shoe protectors actually work like the say they do? I decided to review three of the best and find out.

Spray your trainers twice on first use, then reapply once every four weeks and your precious creps will be protected from all manner of stains and liquids. I used Crep Protect on a pair of white canvas trainers. Having gone in with a degree of skepticism after seeing the videos, I found that the protection was actually pretty mind-blowing. Water was still beading off the surface of my trainers after a full two weeks of applying the spray. It was so good that I was tempted to up the ante and pour Reggae Reggae Sauce all over them. I eventually thought better of it, even though I’m sure they would have been perfectly fine. Besides, my girlfriend was giving me that “don’t even think about it” look as she caught me with my white Converse 70s in hand, eyeing up the bottle in the cupboard. However, what I did notice was that my shoes were still gradually accumulating dirt, marks and denim bleed. So while it may be great at protecting from spills it certainly isn’t a magic barrier to general marks and wear. 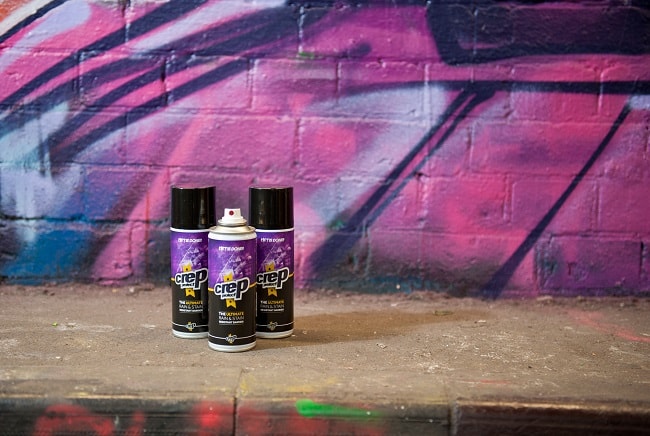 Apply the spray and leave to dry for 24 hours. Repeat the process. Now your trainers are fully protected. Being an avid fan and user of Jason Markk products I’d already had a bit of experience with this spray and have found it to be pretty damn near perfect. Basically, the longer you leave the product to soak into your shoes before wearing them outside, the more dirt and water repellent they will become. This means that if you leave them for the recommended 24 hours, then reapply and leave for a further 24 hours your shoes are basically submarines. Really clean submarines. It may take a little (a lot) longer than some other protectors, but it’s worth it. You will need to keep topping your kicks up every few weeks, but for this level of protection, it’s a small price to pay. 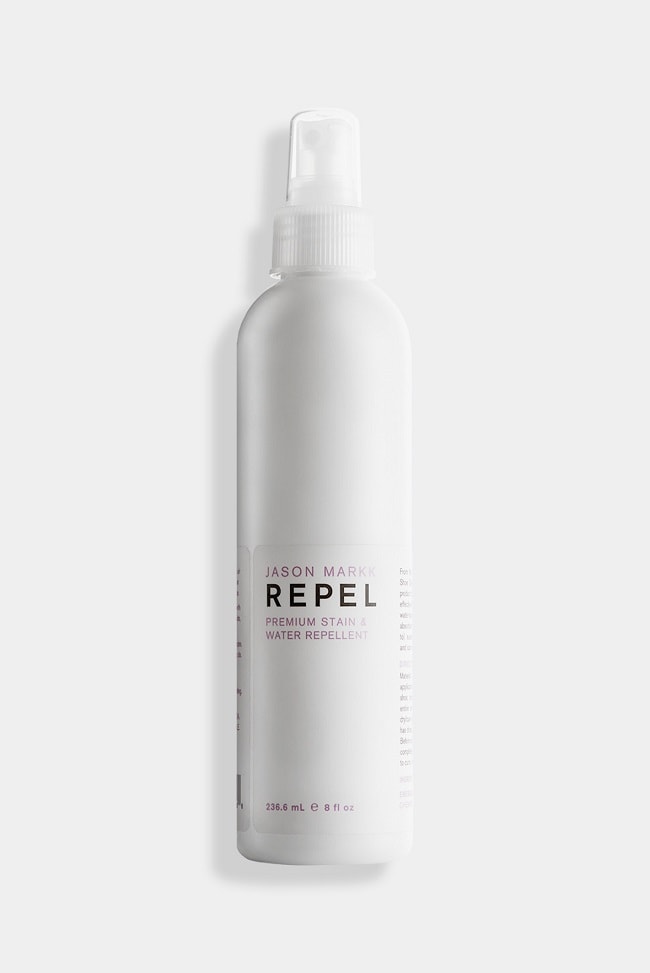 Liquiproof’s claim of being “the best shoe protector in the world” is pretty audacious, but I’d be lying if I said I wasn’t intrigued. Especially having previously seen the company secure a deal with Dragon, Touker Sulliman on Dragon’s Den right before my very eyes. The first thing I noticed about Liquiproof was that the bottle is considerably smaller than its competitors’. In all honestly, my first thought as I handed a crisp tenner over the counter for my 50ml thimble’s-worth was “I’m getting mugged off here”, but as is so often the case, I was wrong. The thing that’s different about Liquiproof is that it only needs to be applied once. Once treated the protection will last for the lifetime of your shoes. So, while it seems like you’re getting more for your money with other brands and their big bottles, in actual fact, a bottle of Liquiproof could protect several pairs of shoes for life. I found the protection to be the best out of the three. I even got a bit daring and deliberately stepped into a large muddy puddle on the way home from the pub. The water and dirt rolled straight off with zero damage. 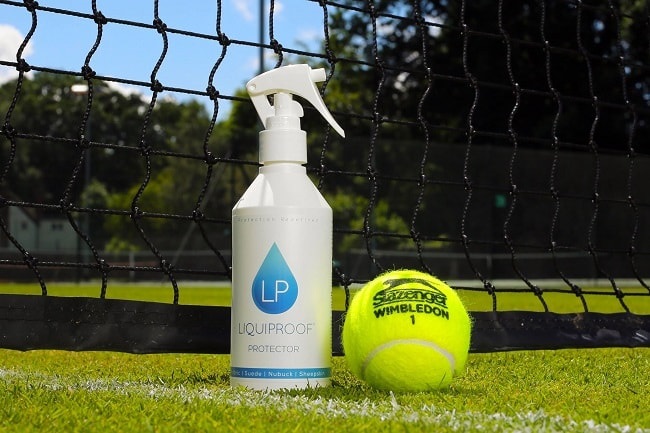