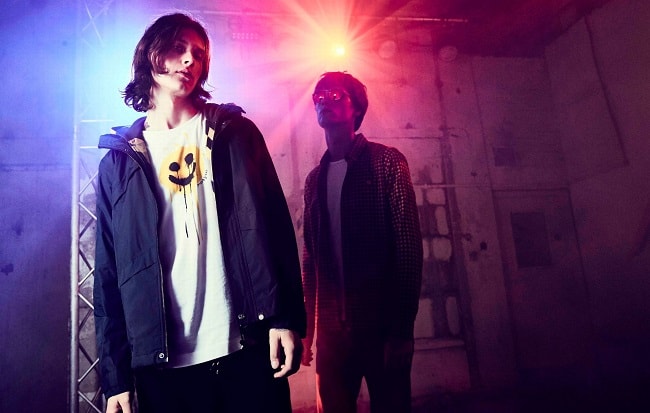 Ask any fan of electronic dance music why they love this vast and varied genre, and you’ll get a different answer each time. Some yearning for the days of the Hacienda Club and Second Summer of Love might wax on about the do-what-you-want vibe and time period’s sense of freedom, just years before rave crackdowns on both sides of the Atlantic changed all that. Others might describe its uplifting feeling, be it the rise before a modern-day EDM drop, the 1990s PLUR movement, or the euphoria supposedly resulting from a night of dancing to high-BPM trance. Even more might touch on the do-it-yourself approach that’s been integral since the days of New Wave, house, and techno and continues through the present, where aspiring producers might download pirated software with the hopes of eventually getting a track released through Spinnin’ Records – if not noticed on a platform like Soundcloud before then.

Even though no single source of inspiration exists, unless you dilute all dance music down to its disco template, the sounds, experiences, and trends through its various progressions have all emerged in recent Resort 2017 collections and AW17 fashion shows, with London Fashion Week Men's serving as the focal point. But, why dance music, and why now? There’s no clear source. In recent memory, EDM-influenced concepts started appearing as far back as 2014, when Jeremy Scott’s SS15 collection stuck with a palette of neon shades and made a direct reference through kandi bracelets. Too, at the time, current DJ powerhouses Diplo, Skrillex, and Tiesto made appearances in the audience, while Swedish House Mafia’s Steve Angello produced the En Noir runway show. 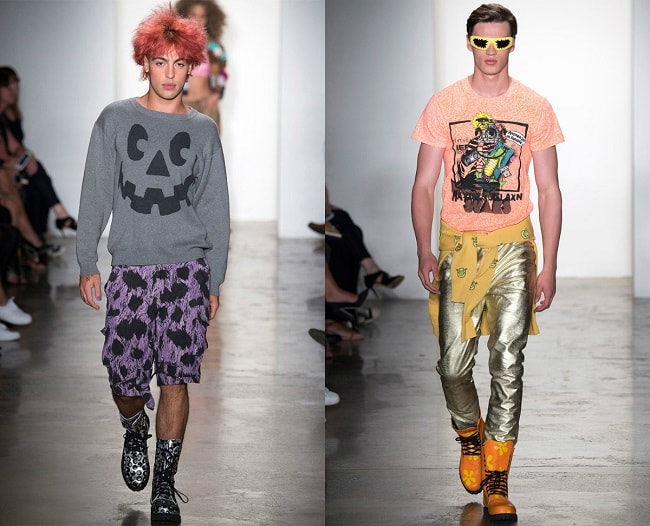 Yet, these more recent collections eschew the corporate, sanitised character of EDM – one of massive, sponsored events, audiences staring up at the DJ booth, and guys in tank tops with their body-painted, bejewelled girlfriends coming along – for points in the genre’s history when dance music was less mainstream: Think of the post-disco era, London’s late 80s and early 90s rave culture, everything Madchester, and the Berlin club scene flowing together into an amalgamation that’s retro-referencing but not regressive. Perhaps it’s a reaction to the current political climate, much like darker dance music and the nightclubs where it was played offered an escape during the Reagan and Thatcher years, or maybe, on a purely visual level, it goes against two years of slim, structured silhouettes in solid navy and olive green. In any case, from a look at recent collections and runway shows, here are some of the ways dance music is influencing 2017’s trends. 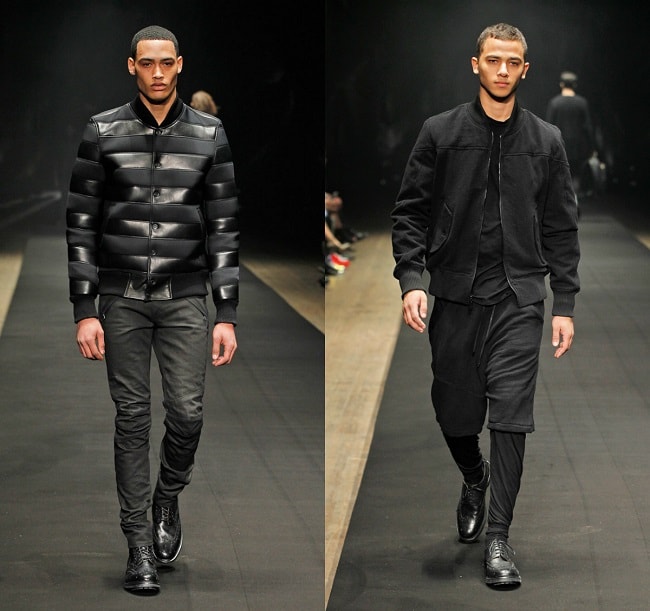 Picture a flyer for the Hacienda Club, one in solid yellow, maybe orange, with black lettering advertising a gig by the Happy Mondays or 808 State, and what materialises is the visual foundation for a handful of AW17 collections. Topman took it literally, sticking with such a neon palette over wider, structured silhouettes and various colour-blocking combinations. Others, instead, understand the impact of the club flyer, of how seeing it on the pavement or stapled to a telephone pole immediately grabs your attention and gets you to read it. By the 90s, the 70s revival appeared to take hold of dance music, offering everything from psychedelic patterned silk clubbing shirts to disco remix compilations of pop songs. While the latter has yet to return, Givenchy’s Resort 2017 collection embraced the former, utilising a multi-coloured geometric print for a kaleidoscope-like effect. 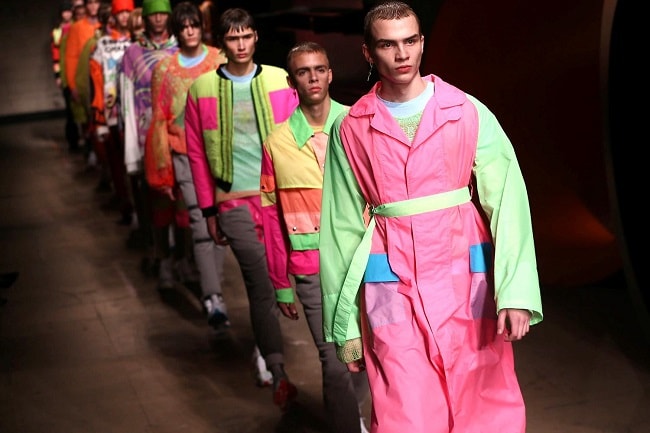 Certain items of clothing indelibly mark specific delineations within dance music’s timeline. If it’s the 80s, the decade in which synthpop, new wave, house, techno, and freestyle emerged from the aftermath of disco, it might be the casual suit: sharp and tailored, yet not restrictive to the point you can’t move. While Dior Homme alluded to many points within dance music’s history, Kris Van Assche started here with a suit style not out of place in a Duran Duran music video and, then, skipped a decade ahead to the Low Countries’ pre-hardstyle gabber sounds, fleshing out this progression through bucket hats printed with “HarDior” across the front. Dior Homme wasn’t the first to make the reference, however, and House of Holland’s SS16 collection did so with a slew of acid house-era references, combining it with parody logos and wide-legged, slightly baggy trousers. Riccardo Tisci, basing his Resort 2017 collection on the underground parties he visited in the 90s, envelopes his men’s and women’s garments in a similar aesthetic, but realises the fluidity between the period’s warehouse events and today’s raves, beginning with a more androgynous concept and incorporating face masks – a fixture of the former if you’ve ever hit a large-scale festival like Ultra or Creamfields. Christopher Shannon’s collection, as well, expands on this latter point, itself essentially a symbol of anonymity in the present culture that makes superstars out of DJs and is fleshed out in Nicky Romero’s “Toulouse” music video. Yet, rather than do the literal, his AW17 collection shrouds the models’ faces in shredded maritime and rainbow flags, partially obscuring them to shift the focus toward his parody tee-influenced line. 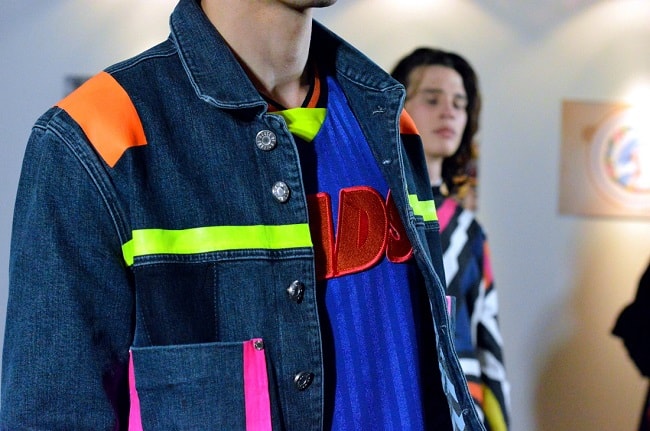 If any single factor ties together these disparate influences, it’s the silhouette, a paradoxically shapeless structure that’s baggy in some places but angular in others, all with the purpose of being able to move. Van Assche’s tailoring for pop (rather than professional) concept embodies dance music’s early days, sticking with a structured suit format that’s then embellished with safety pins and other do-it-yourself touches. Yet, most designers look to the Second Summer of Love through the 90s, nodding to the wider trousers a brand like JNCO or UFO would’ve created at the time but adapting it to the present with crisper tailoring and high-quality materials. Shirts, too, aren’t off limits, and it wasn’t uncommon to see a model walking on the runway with an oversized shirt hanging off his frame, linear from the shoulders down to envelope his torso. 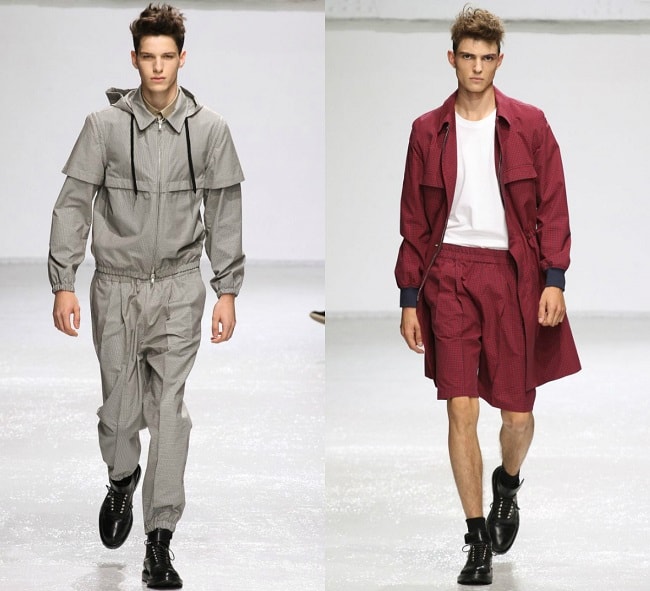 Older dance music fans frequently reminisce about the times the culture and parties were less mainstream and corporate, how shows had more of a positive vibe, and that the top producers of the day could use a turntable. While, in varying degrees, most of that has changed, with controllers the preferred method and much of the audience turned toward the DJ instead of dancing in a large crowd, photographic evidence has preserved it, and these scenes from the 90s through the early 00s have found their way into a few 2017 collections via digital prints. For Dior Homme’s AW17 line, one shot of a tightly packed crowd, grooving to the music yet frozen in time, forms a pattern covering various jackets and cloaks. Van Assche complements the character with a few solid-colour items sporting the slogan “They Should Let Us Rave.” Similarly, TZUJI, the collection created by DJ Larry Tee, borrows several photographs taken by Conrad Ventur around 2000 and overlaps them for a handful of pieces in his Electroclash-themed SS17 line. The result, much like looking at an old box full of Polaroids, has a “You had to be here”-quality to it that embodies the early 21st century’s burgeoning festival culture, connecting dance music’s underground past to its acceptably hedonistic present. 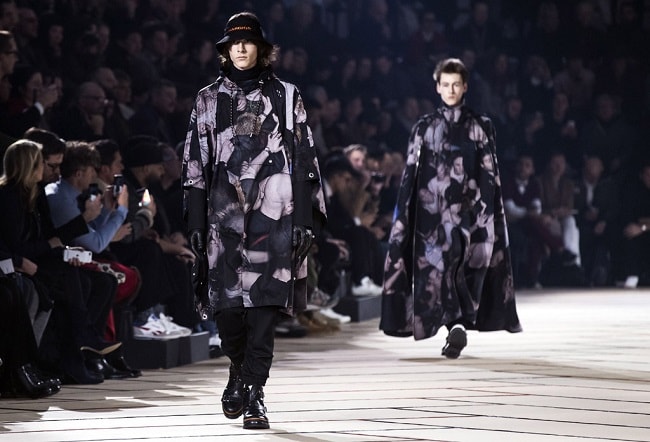