5 FASHION DOCUMENTARIES EVERY MAN SHOULD SEE

EDUCATE YOURSELF ON THE WORLD OF FASHION 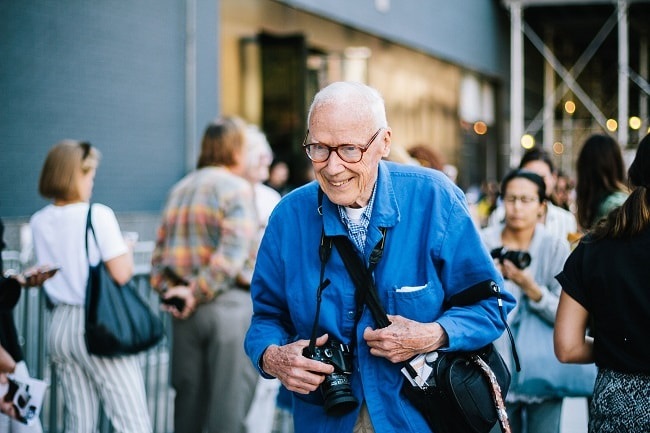 Stuck for something to keep you occupied on your day off? Why not relax and get educated about the world of fashion all at the same time. There are countless documentaries out there focusing on fashion, but we’ve handpicked the ones that are really worth your time. So, without further ado, here they are.

Ever wondered what lengths people will go to in order to get their hands on their dream sneakers? Just for Kicks delves into the world of sneaker culture, interviewing the likes of Grandmaster Caz, Reverend Run and Missy Elliott about their footwear obsessions. Guests tell tales of being held at gunpoint for their trainers, having to carry weapons just to defend the shoes on their feet and plenty more ridiculous stuff like that.

Ok, so strictly speaking, Dior and I isn’t about menswear. However, it is still a highly interesting and candid look at the inner workings of the fashion industry and how designers put their collections together. Dior and I follows Raf Simons’ first eight weeks at the helm of the French fashion house and the painstaking journey he and his team must go through to prepare for his first haute couture show in Paris.

Gianni Versace revolutionized fashion in the early 90s, he introduced to world to the concept of the ‘supermodel’ and is probably one of the best-known designers in the history of fashion. Unfortunately, he suffered an untimely death. This BBC documentary takes a look at the events leading up to Versace’s death and the ensuing events of his passing.

The UK’s fashion landscape is built on subcultures. The public are obsessed with it, as are designers. This series of 6 short films was originally shown on Channel 4 and tells the tales of some of Britain’s most influential and notorious subcultures, including Mods, Rockers, Soul Boys, Ravers and much more.

Filmmaker Richard Press reportedly spent eight years convincing legendary street fashion photographer Bill Cunningham to go on camera. If you aren’t already familiar with Cunningham and his work, then this documentary is an excellent place to start. The now sadly deceased photographer reveals much about his personal life, his craft and even offers a glimpse into his studio.