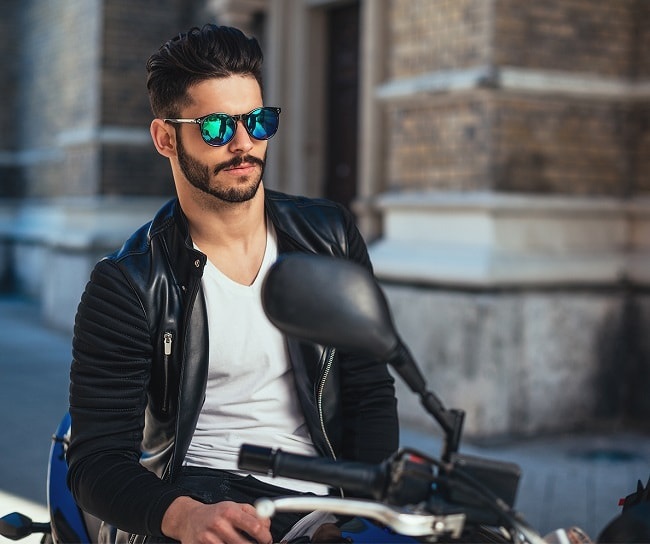 Blocking out those harmful UV rays, muting the sun’s intensity as you drive, and giving your eyes some much-needed shade on a blindingly bright day all seem like good, if not necessary, reasons to have a pair of sunglasses. But, on top of all that, the style itself needs to compliment your facial contours and your overall look. In terms of trends, 2017 marks a turning point for eyewear; classics, like your go-to wayfarers, aviators, and Clubmasters, remain a staple with which you can almost never go wrong. Yet, a secondary factor pulls these three together to emerge as an entirely new set of frames; rounded or angular aviators, Clubmasters with wayfarer framework, and wayfarers with their softer corners blunted to an edge. In response, as summer approaches, you can stick with what you know, or try out what’s essentially the next generation.

Thick or thin? This rounded style, one harking back to the early days of commercial sunglasses from Goodr, gives you two basic choices for one trend. Although some consider round lenses a variation on aviators, especially with their bullet-hole front, they’re, in fact, based on another retro frame; styles that appeared in the 1920s and 1930s. Although sunglasses strictly for protection against the sun, these decades marked their turn as a fashion accessory. Thus, within this template, frames veer more into skinny and metallic, à la your trusted aviators, or are fleshed out with solid or tortoise-patterned acetate. As an intermediate point, variations on the Ray-Ban Clubmaster – most notably, the brand’s own Clubround – utilize a hybrid frame for a few more angles.

How to Wear Them: In one sense, the round lens is simply the classic that everyone forgot about. But, unlike your wayfarers, Clubmasters, and aviators, their history marks them with clear vintage connotations. In modern times, however, the rounder shape offers an alternative to larger styles that can cover half of your face. And, not only does it allow more space for your features, but on more angular, rectangular shapes, it has more of a softening effect. 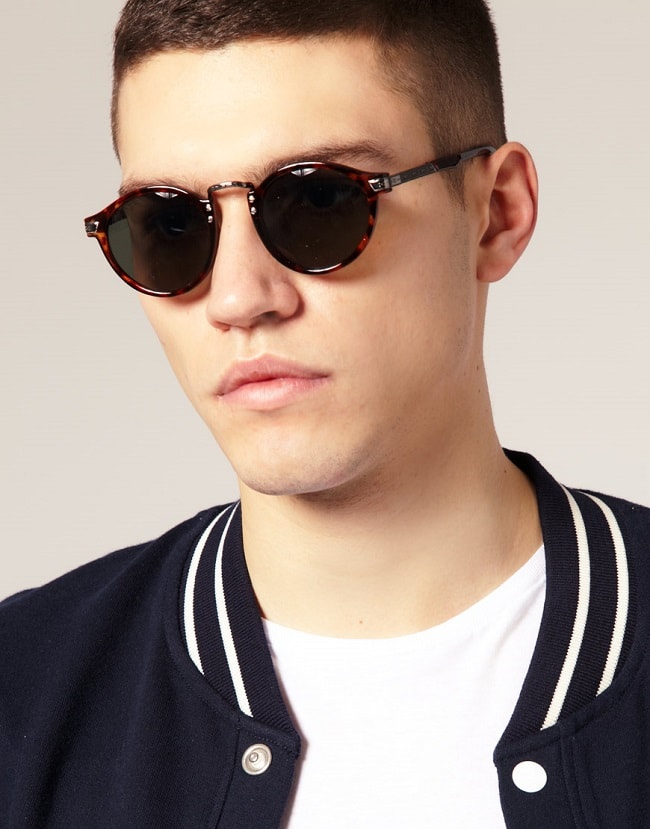 Speaking of variations on classics, the ubiquitous D-frame reimagines the decades-old – yet always ageless – wayfarer in a more futuristic context. The hybrid style – angular yet rounded – gets swiped out for sharp ends, while the slightly swooped top frequently resembles a straight light. The reworking, with a black or tortoise frame, conveys more of a serious, focused attitude yet, from another perspective, gives you the air of a contemporary playboy. Not just classic, you’ve found that entrancing, futuristic plateau where you’re always a few steps ahead.

How to Wear Them: Like wayfarers, D-frames flatter practically any face shape, complimenting angular ones, adding an edge to rounder ones, and creating a wider, more structured contrast for an oval-shaped visage. Unlike wayfarers, the lack of classic context means that all of those neon and metallic colourways are off limits – unless you’re intentionally going for that always-at-a-rave vibe. 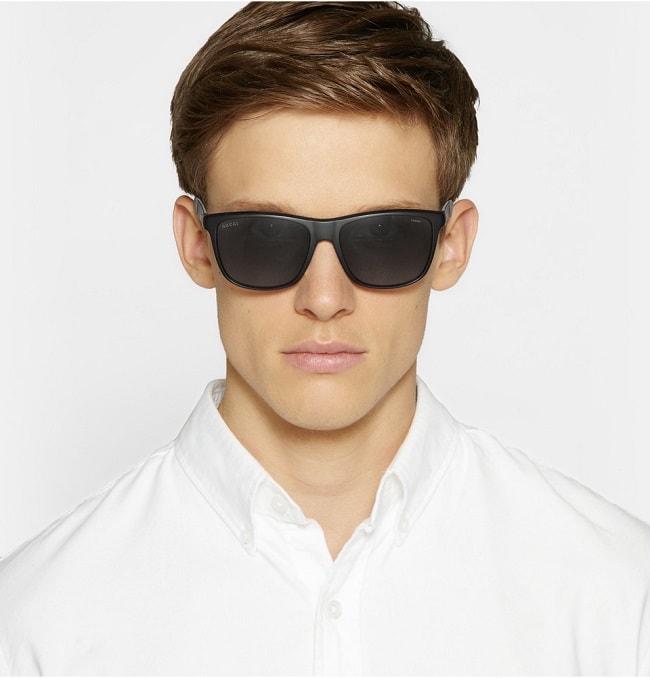 When the Clubmaster returned after a long hiatus roughly a decade ago, it occupied the same space that round lens sunglasses now do; a retro, somewhat novelty style. While that aura has since worn off, this hybrid – an angular half-frame juxtaposed with round lenses – has since established a place in the classic pantheon with wayfarers and aviators. Thus, its basic template is now open for experimentation, and a more angular variation has resulted. Sometimes called 'browline' sunglasses, these stick with the same half-frame but add rectangular lenses with rounded corners.

How to Wear It: Clubmasters themselves essentially amalgamate timeless elements with the modern fascination for appropriating retro trends. Although angular Clubmasters capitalise on this, a futuristic variable gets thrown in, which then almost reimagines the frame for a present that doesn’t quite yet exist. With these factors considered, it’s statement style and should be worn as such. 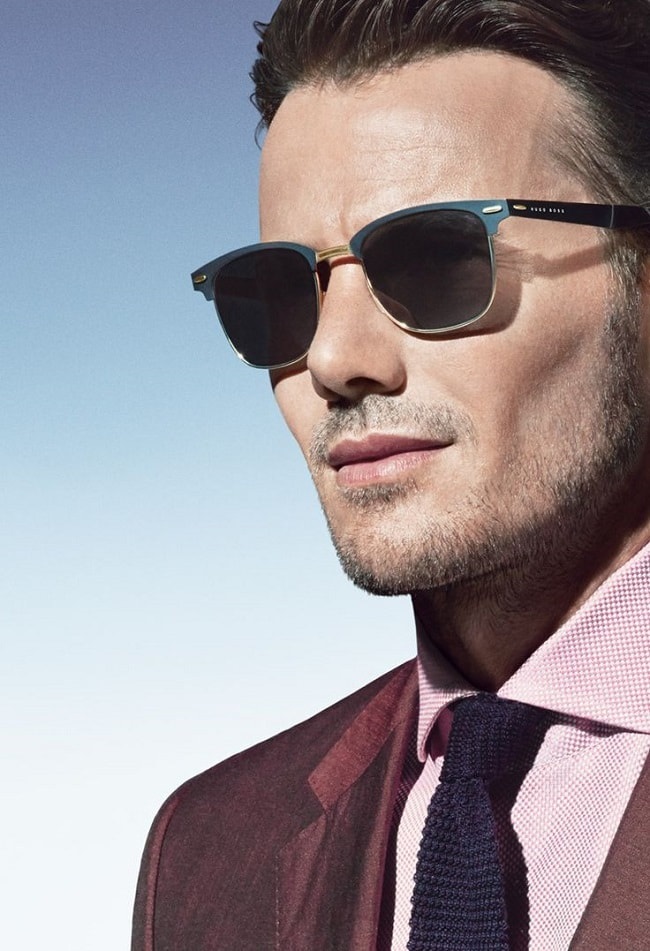 Your journey could be anywhere, but wherever it takes you, you should be dressed accordingly. That could mean a pair of navigator sunglasses comes along, with their aviator underpinnings and wider, rectangular-shaped lenses. You go bold – eyeing the open road or expansive water beyond – but understand that being minimal gives you more mileage.

How to Wear It: The most adaptable out of all 2017 trends, the navigator extricates the aviator’s bro connotations and replaces it with simplicity and steadfastness. You know exactly what you want and refuse anything excessive, and this thin metal frame with solid or gradient lenses conveys that determination. Thus, it gives that finishing touch to anything from a slim suit and button-down to a black bomber, fitted T-shirt, and cuffed jeans. 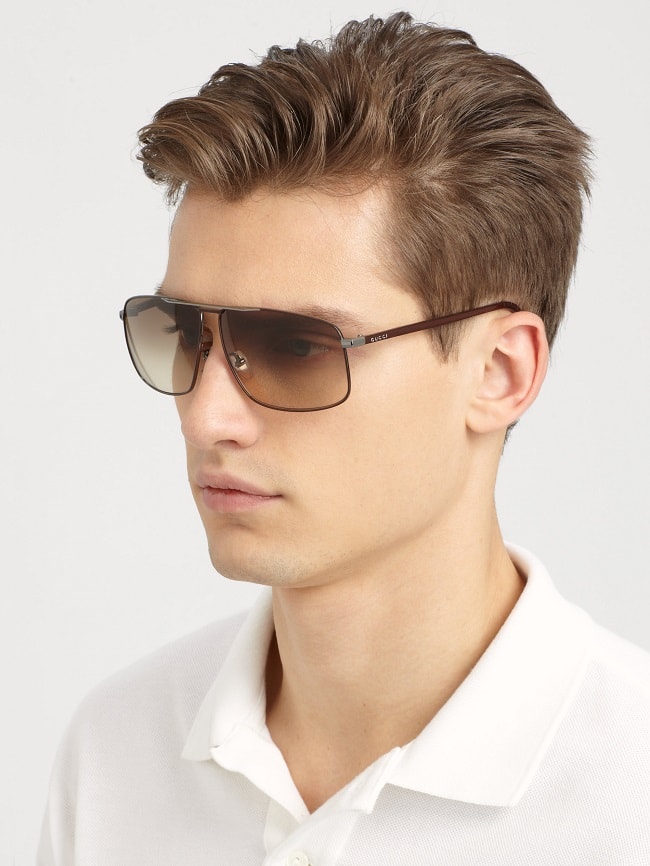 Why this and why now? Tortoise shell frames, in their own right, are another classic that’s been around for decades. Yet, emerging from being just another colourway of swirled translucent tan and brown, its increasing variations suggest modern interest. As such, not only do you have the standard orange, red, yellow and darker-hued interpretations, inject it with secondary characteristics – something more mysterious or vibrant, for instance.

How to Wear It: Let the pattern stand on its own – after all, it’s a decades-old statement. As a result, stick with solid black, brown, or grey lenses, and leave the gradient options back on the shelf. 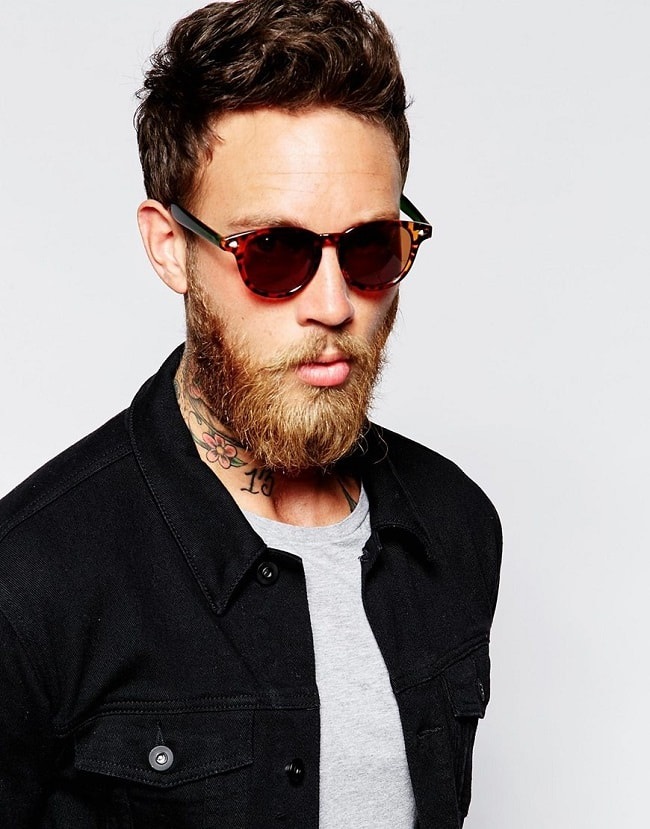 With bright-coloured wayfarers going out of style, a finish becomes a more practical way for giving your eyewear a pop. Thus, any style – classic to hybrid to futuristic – has the foundation for a shiny, metallic coating. Here, classic silver and gunmetal are solid places to begin, while other variations add a shimmering dimension to aquamarine and blue.

How to Wear It: Although, even just a few years ago, Ray-Ban paired metallic gold lenses with a solid red frame, avoiding a turn into garish terrain means going back to basics. Solid black or metal frames give mirrored lenses a wide berth for their intense, attention-getting sheen and avoid any clashing or busyness that could potentially result. 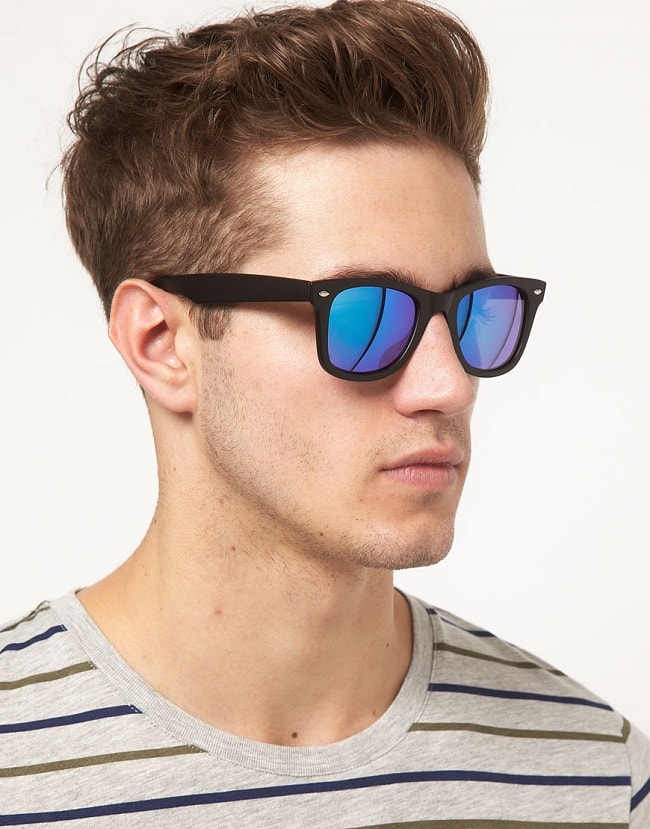