HOW TO WEAR STRIPES WITHOUT LOOKING BORING 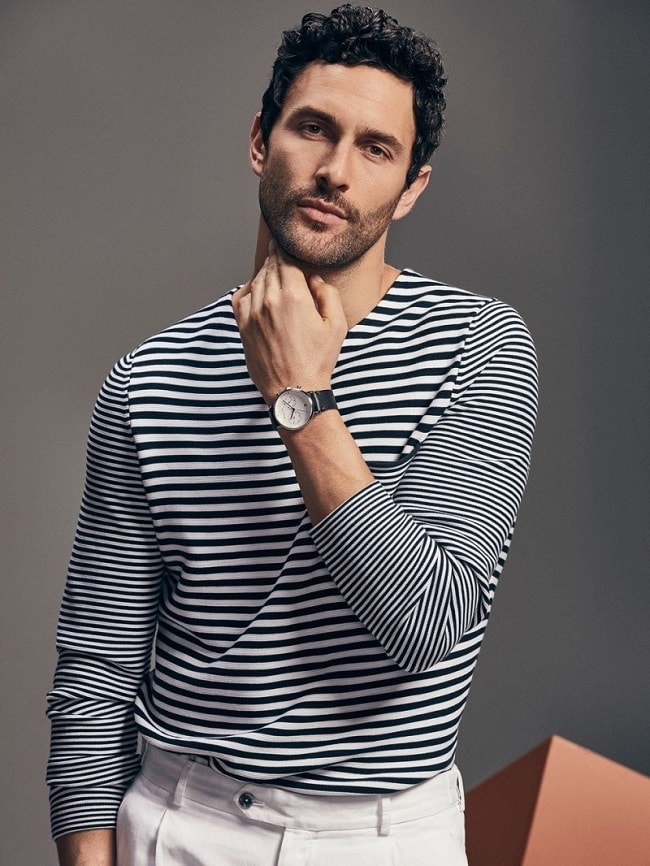 They’re the pattern you don’t notice, look over in your wardrobe, or think of as an office staple on par with light-blue button-downs and black pleated trousers. With the variety of prints out there, stripes fade into the array, serving as your first stepping stone and, in many cases, being seen as something juvenile, basic, or too staid. You stick with them when you can’t progress to florals or checks or lean on their intentionally minimal character, claiming that they’re classic.

But, as recent fashion week shows and presentations have hinted, stripes now serve as fodder for designers – a new neutral, clashing print with multiple possibilities, a starting point for brighter things, and a pattern that can be added to just about any piece imaginable. So, while you’ve gone far beyond your horizontal striped T-shirts, here are some modern ways to revisit the pattern: 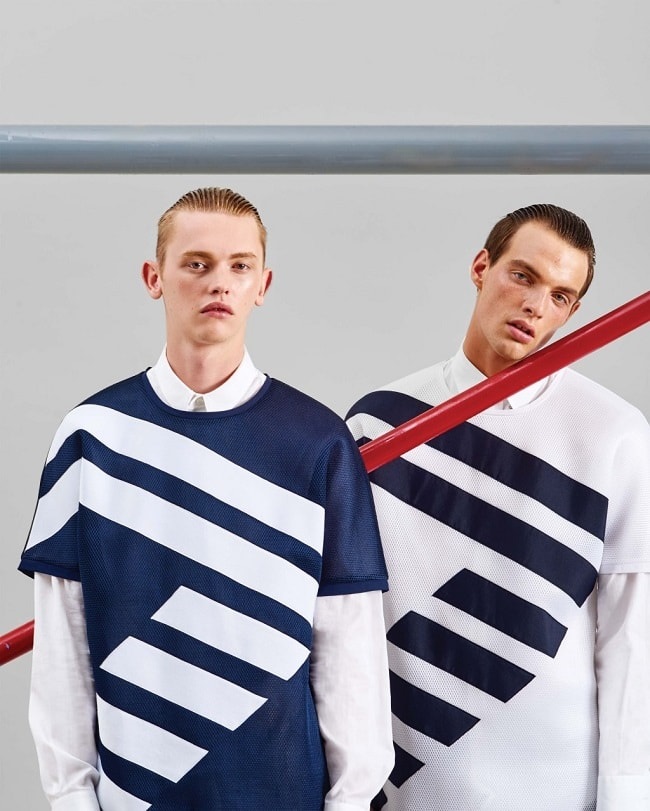 Most guys, when they examine their wardrobes, will likely find multiple striped garments: a classic nautical-style shirt, a pinstriped blazer, trousers with thicker lines, or a button-down with a vertical print, for instance. Although many, by default, believe that you’ve got to wear each item in singularity, avoiding clashes and allowing the pattern to stand on its own, Spring/Summer 2018 trends at Milan Fashion Week and New York Men’s Fashion Week point to a whole new direction. For one, there’s the advent of the multi and uneven striped print, one often reminiscent of a sunset or ripples over a pool of water, depending upon the colour scheme. By itself, it features the intersection of more than two shades and involves more than one width. Essentially, it’s a pattern without any clear order. Or, to use what’s already there, runway stylists have opened the door to what can best be described as “stripe layering.” At its core, you’re combining two separate and different striped garments – for instance, narrow and wider widths, horizontal and vertical configurations, or disparate colour schemes – over each other. Presentations have featured a wider-cut button-down layered over a T-shirt, blazers over shirts, and tops and bottoms using two different stripe styles. 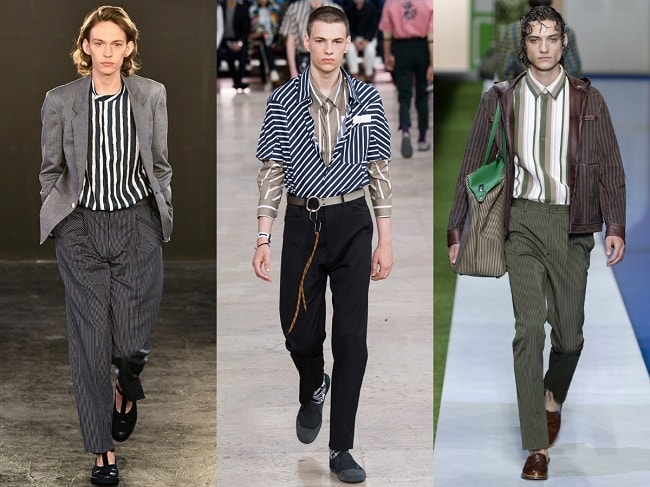 If stripe layering sets the foundation for even more pattern clashing, why just stay within this linear framework? Expand your horizons with dissimilar pairings. Based on various runway and lookbook ensembles, stripes can replace the neutral, in-the-background place solid shades like white, black, and navy have held, adding an unfocused, almost volatile platform. But, this seeming lack of stability means a pattern clash can go one of two ways: Fall apart with its lack of cohesion, or find fusion between its elements. Ultimately, success comes down to discovering this common ground – one shade adding fluidity, for instance – or realising that less can be more. For this latter point, a striped shirt under a camp collar shirt strikes more of the right balance than a striped button-down under a floral blazer. 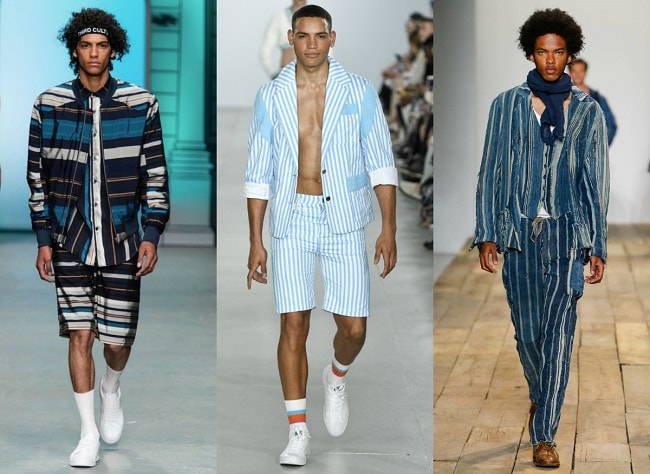 Be Smart and Casual

Out of all prints, stripes come with the most casual connotations – think of any crewneck shirt, golfing polo, or athletic shorts. As such, they’re a default match for other leisure apparel – jeans, cargo shorts, and basic T-shirts, to state a few. Yet, at the other end of the style spectrum exists pinstripe suits – now replaced by similarly thin and two-tone windowpane checks. But, what if you could create a midpoint, a place where suits or blazers could sport bolder stripes or these casual pieces could be paired with something dressier? It's not unfounded. Rather, on that path toward projecting a more polished appearance, opt for an Oxford or poplin button-down with a contrast-heavy print, and then, swipe out those jeans and trainers for chinos and laced-up boots. In this case, even the most casual pieces look more streamlined when you strive for an overall slimmer silhouette.

As one step further, contemplate the unstructured, striped suit. Also based on stronger contrasts, this piece’s more relaxed, rounded fit gets removed from formal territory, yet it’s hardly akin to lounging around in sweats. It’s one of those options for looking sharp when you go out, seeming put-together on that Mediterranean holiday, and going that extra step when you work in a more dressed-down, creative environment. And, if you can’t shake stripes as an athletic staple, incorporate them through a more high-end sportswear or athleisure lens: patterned joggers, slim track jackets, or ‘90s-influenced styles. 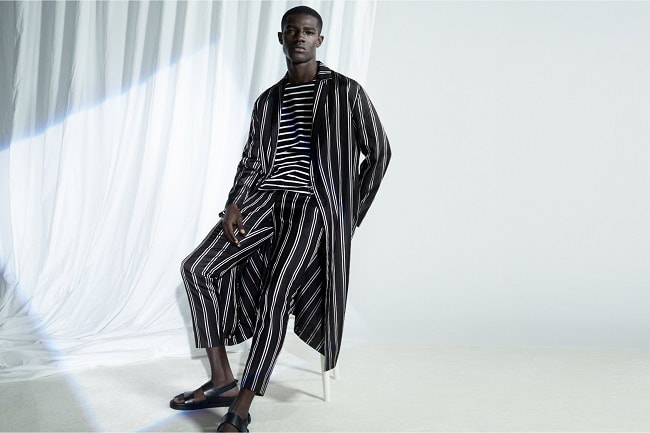 Two-toned is just one step above monochrome. Although the most unoriginal prints exist in this echelon, such well-tread territory is better explored through sharp contrasts and less-typical shades, such as pastels, jewel tones, or, as Givenchy once showed us, splicing together florals and camouflage. From here, triple or quadruple up your game with one or more additional shades, aim for bright and dark hues within the same piece, or go for a combination based around something on-trend, such as bright yellow, deep purple, or orange. In all contexts, take something mundane, and then see just how far you can run with it. 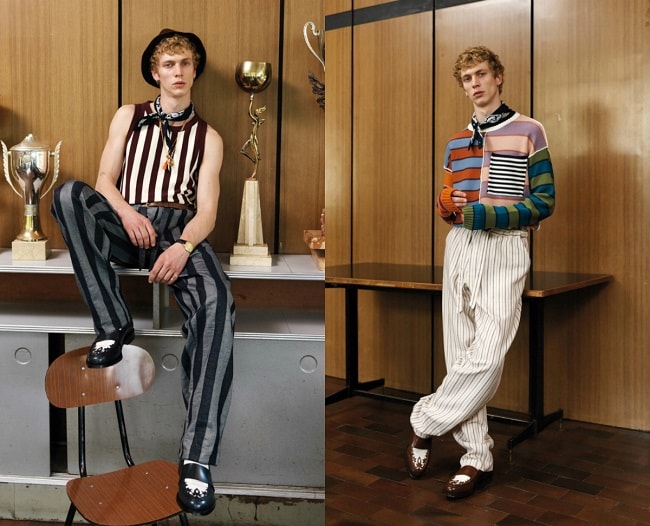