INTRODUCING THE GODFATHER OF 'BRUTAL CHIC' 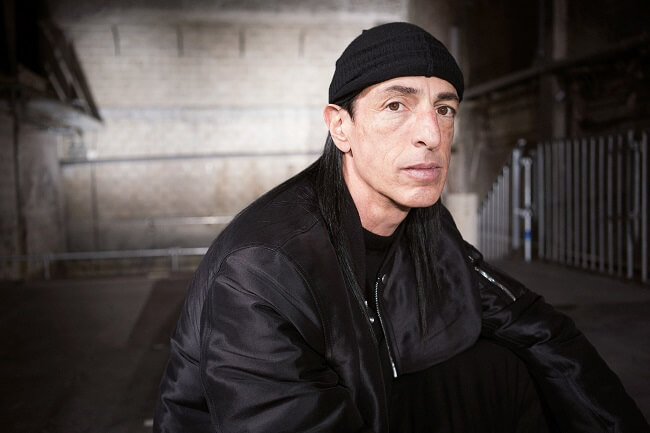 Rick Owens looks the sort that was not only bullied as a child, but bullied by the other children who were in turn bullied. He would be at the bottom of the bullying eco system until one day he lost the glasses, requisitioned a small pod of fellow acne riddled outcasts, formed a band, got a cool car and miraculously pulled the best looking girl in school. If you've seen the John Carpenter film Christine, he performed what I like to call, the Arnold Cunningham trick.

"If you don't like Rick Owens, chances are you'll never like him, because I'm not going to change. Big maisons have to please a lot more people than I have to. I have my niche that I cater to. I can't imagine what they have to go through, it would kill me. A lot of cooks in the kitchen." - Rick Owens. 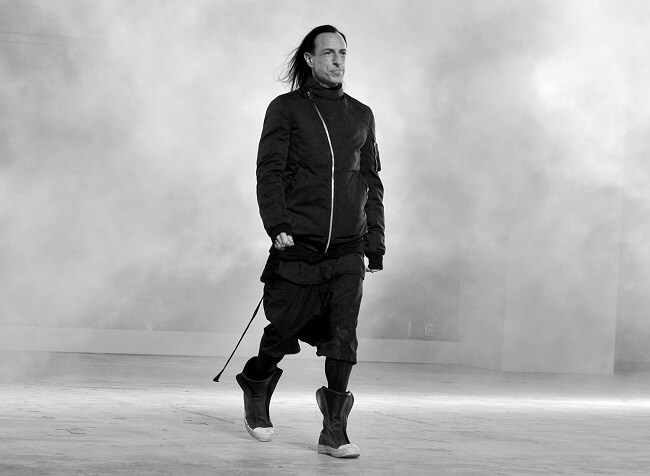 During his time at Los Angeles Trade-Technical College, he wore a daily uniform consisting of 'tight black jeans, black platforms, a black T-shirt and a leather jacket'. His own label, begun in 1994, found a following selling exclusively to Charles Gallay, a pioneering Los Angeles retailer who kept Rick Owens in business for several years.

"I went to LA to be an artist, but painting was like a priesthood, too much rigour, not sure I had the intellectual stamina to follow it through. So I got a job and learned how to make patterns all day long. I enjoyed a conventional lifestyle and was determined to do it my way, express myself, for better for worse - I can be poor, I knew how to do that. But I needed to go all the way." - Rick Owens 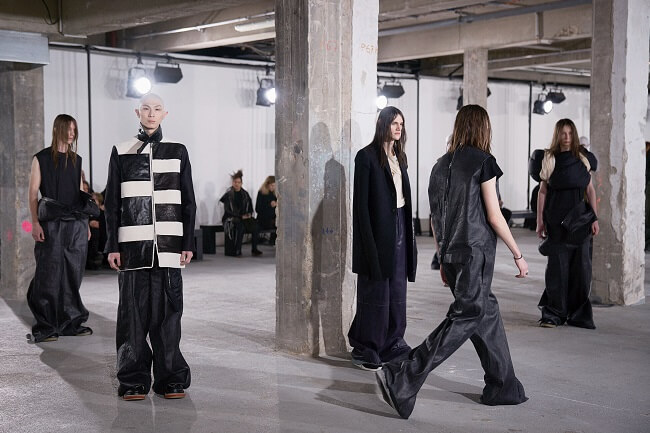 "I started selling to stores, to good stores, I wasn't stupid. When you do that people like American Vogue run into you. They saw my collections and offered to pay for my first runway show. They wanted to promote American designers but my aesthetic is so narrow, so specific. I didn't think it would move fast, I didn't want to do it but I thought, to hell with it, I'm 40, give it a try."

Owens eventually migrated from Los Angeles to Paris. He was soon coined the Godfather of 'Brutal Chic' and inspired by his wife and muse Michele Lamy, Owens manifested his idea of functionality through a monumental minimalism, sashaying a mythical syncopated sexuality into unique pieces. In short, a supposed expose on the decay of time passing. 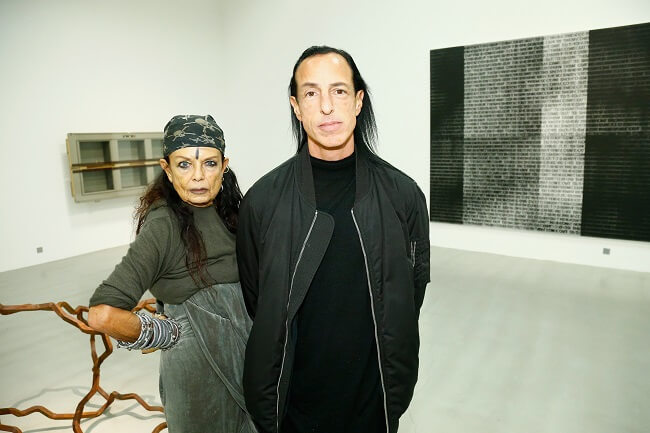 "At the beginning it was hard, I'd never seen a runway before and had no way of knowing how to present my aesthetic. It took me a long time - I regret that - there were awkward shows and learning publicly. I was learning to be part of the system, schedule, deliveries and factories all at the same time. Runways were a part of that but manufacturing in Europe was hard. People often ask will I run out of ideas - it's all there, I don't have to find anything, it's all inside me - I just have to figure out how to untangle it."

Rick Owens conceives of iridescent collections, composed of asymmetrical tunics, sarouel shorts and trousers, elongated T-shirts, signature Geobasket sneakers and frequent collaborations with Adidas. He has emerged as a powerful reimagining of masculinity, one with seemingly unimpeachable power.