IN CONVERSATION WITH COLIN OWENS

WE SPEAK TO THE MODEL TURNED ACTOR ABOUT HIS CAREER, STYLE AND TRAVELLING 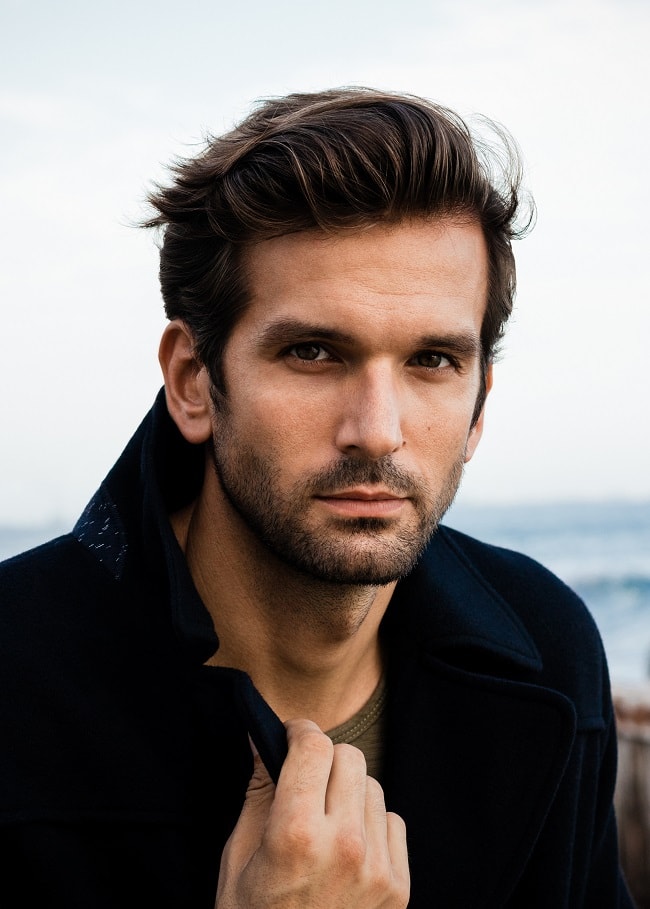 Colin Owens is an American actor and fashion model who grew up in Northern California in a very academic and equally outdoorsy family. Colin’s fondest childhood memories were in the outdoors as his family believed that an immersion in the outdoors was an important part of a well-rounded childhood. So most of his weekends were spent in the Sierras camping in the summers and as a competitive downhill ski racer in the winters. This style of upbringing nurtured his curiosity and insatiable appetite life, which naturally lead to a career in the arts. Colin was scouted by a modelling agency in San Francisco during college while swimming for his university which led to him being featured in numerous campaigns for major magazines and fashion shows across. He didn’t get his start in acting until his return to Los Angeles. Here he studied many of the great acting techniques and soon began booking small roles in film and television. He has since gone on to play the leading man in numerous independent films and has starred on popular tv shows. In-between his very busy schedule we managed to chat to the man himself to find out how he got to where he is today, what his preferred style is and all the travelling we've spotted him doing via his Instagram page.

What was your first ever job?

“My first acting job was playing a news anchor in the movie Valentine's Day directed by the legendary Garry Marshall. I was in awe of everybody on that set. I had a scene with two Oscar winners, Jaime Foxx and Kathy Bates. Unfortunately, the scene never made the final cut of the movie, but I learned so much just from being around these icons. The first role I booked that actually aired was on a show called Secret Life of The American Teenager where I played a student that one of the leads was flirting with.” 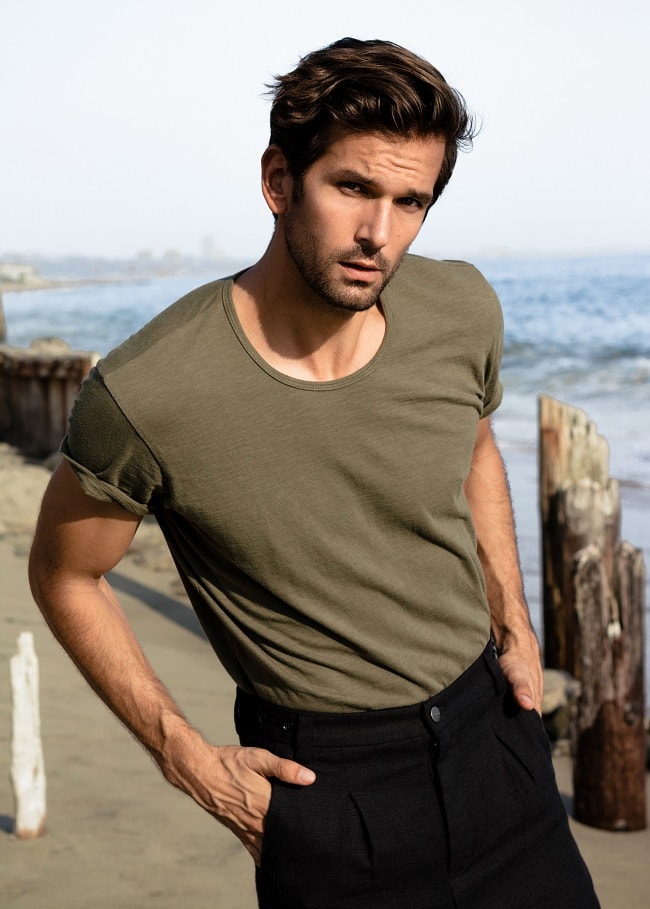 How did you get to where you are today in your acting career?

“It’s been a long process of hard work, training, and tenacity to become a working actor. I've been studying in a variety of acting classes around Los Angeles since I made the decision to follow my dreams to pursue a career in acting. Also, I try to meet as many people as possible - so many people in LA work in the entertainment industry, so I treat everyone I meet with respect. They might be the person that brings you in for an audition down the road.” 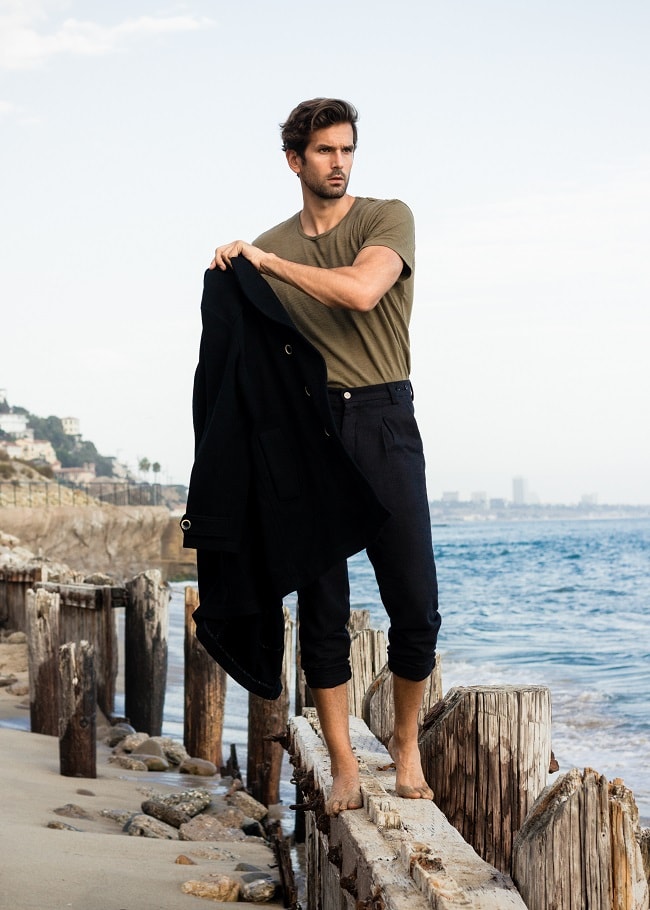 What are the best perks of your job?

“There are some pretty amazing perks to this job. I'm currently working in Hawaii, where I'm on set shooting Hawaii Five-0. I love to travel and I've been fortunate enough to be able to work in some really beautiful places.”

What brands do you love to wear?

“I love really classic men's fashion. Properly cut and clothes that fit well. My favourite suit I have right now is a slim tailored Calvin Klein suit. I love Hugo Boss, John Varvatos and Ralph Lauren. For denim I'm wearing Paige, AG and J Brand a lot. I love what J.Crew is doing right now too.” 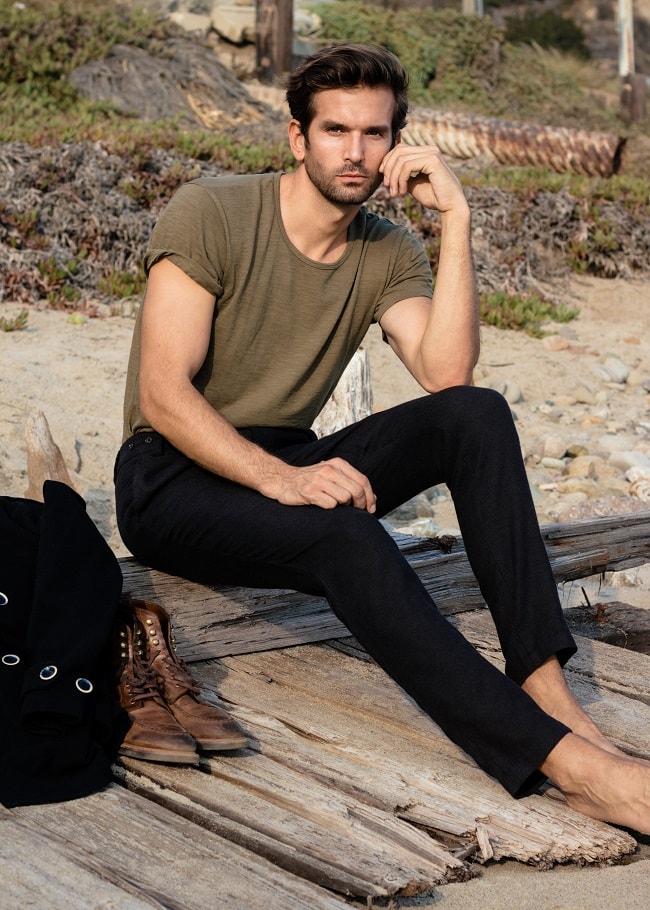 We can see from your Instagram that you like to travel. Is this a big part of your life? What’s your favourite city and outdoors destination?

“Yes, travelling is one of my favourite things in life. I love to see new places and experience as much culture as possible. I've had the opportunity to live all over the world when I was younger and modelling full time. I love all the major cities that I've been to, but my favourite is still Los Angeles. It has everything and perfect weather year-round. That's why I choose to live here over anywhere else. My favourite outdoors destination is a place where most of my fondest childhood memories are based, Lake Tahoe. It's a destination for year-round outdoor sports, nature, and beauty.” 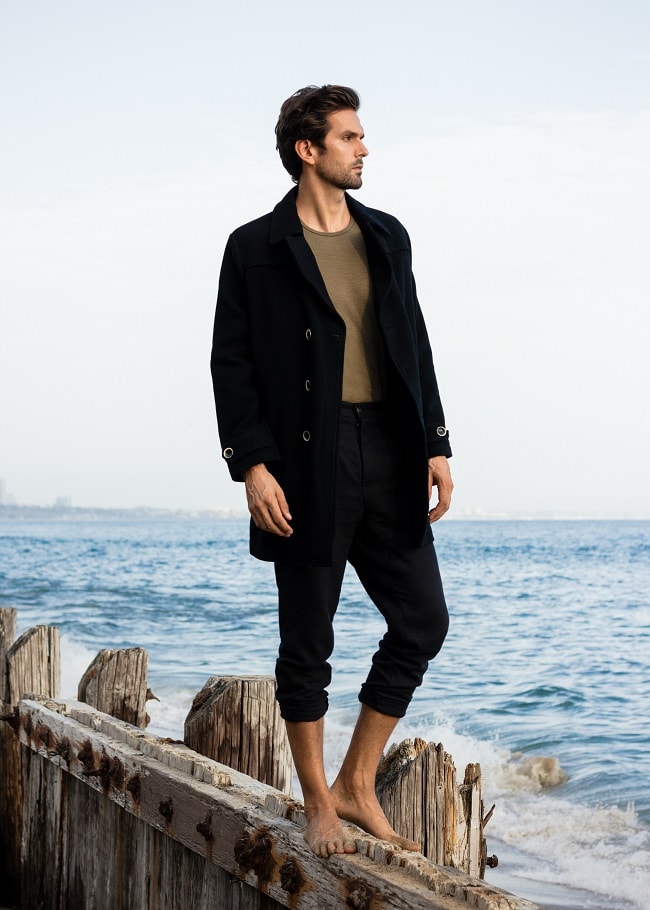 How do you wind down?

“I have a hard time winding down in general. My mind is constantly racing. To wind down I usually meditate or play guitar or read.”

How do you do in your leisure time? Do you enjoy the gym?

“In my leisure time, I usually do some type of physical activity outside or go to the gym. I don't really like to just sit at home. I love keeping fit and I love training. I've been a competitive athlete my entire life. I try to work out 7 days per week. It's fun for me and keeps me grounded - I love feeling healthy and strong. 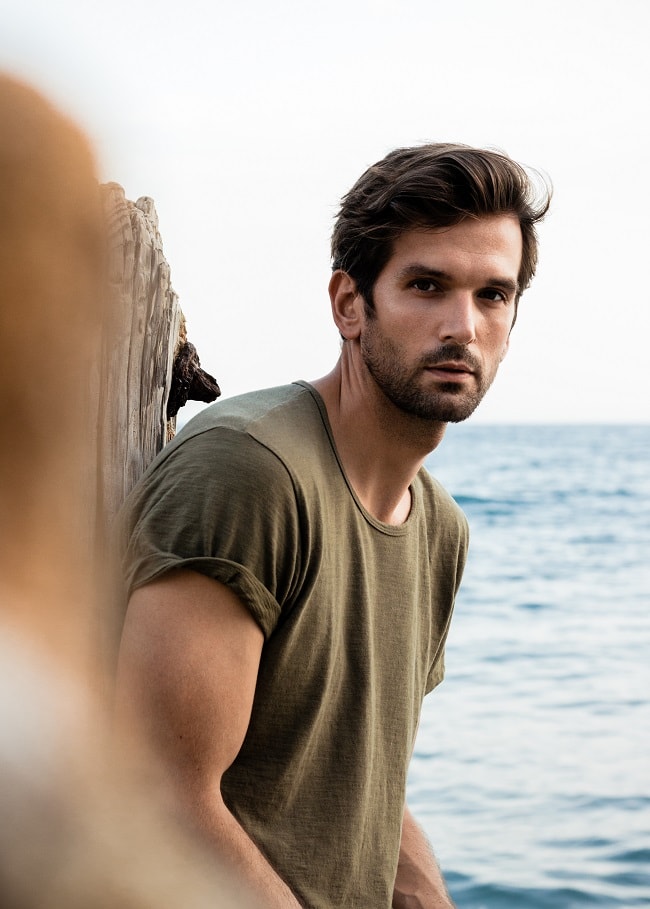 How would you describe your style and what clothing do you like to wear on your leisure days?

“As far as my personal style goes, it's all about comfort and functionality first. Most days I'm wearing classic denim and a plain T-shirt, and because I'm in the gym every day or training outside, I also wear a lot of fitness apparel.”