IN CONVERSATION WITH BRIAN MULREANY 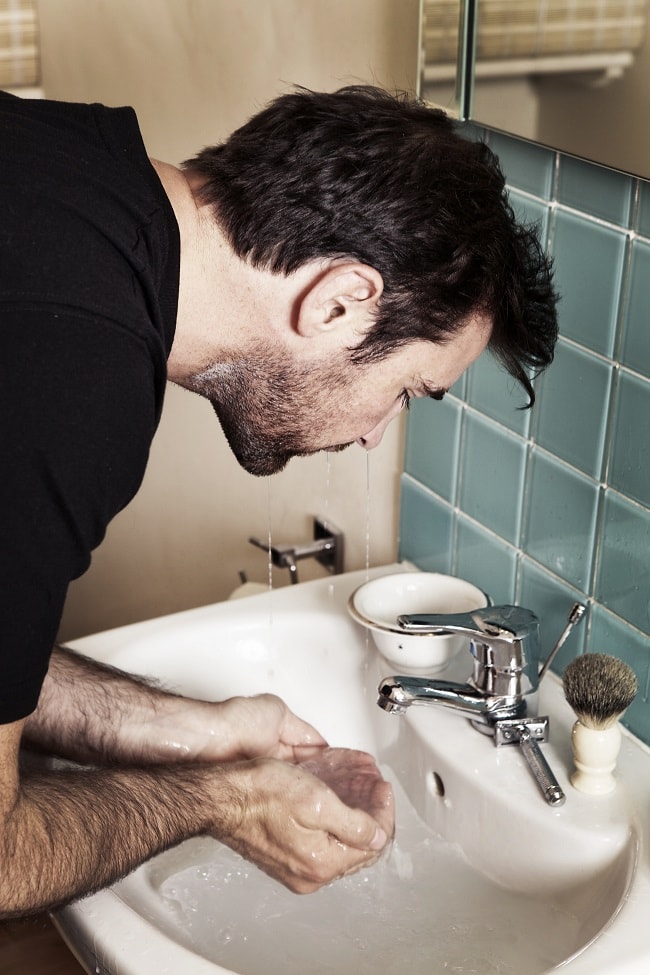 It is a known fact that over the last 5 years there has been a major boom in the men’s shaving and grooming industry. The British ‘modern man’ these days spends a lot more time and money on keeping his shaving routines up to date and this is also down to men generally taking more interest in and care of their personal style and look. Due to this boom, there has been a massive increase in the number of wet shave barbers in London and other major cities across the country. You simply cannot walk down a high-street without bumping into one. It is no longer seen as just a treat to take a trip to the barber’s chair to enjoy a relaxing seat with a hot towel and a sharp blade. A wet shave is scheduled in just as regularly, if not more often, than the usual haircut. If it doesn’t take place in a barber’s chair, men are now more often taking to trying the traditional shaving method in their own homes. With the rise in interest in wet shaving, there has been a parallel increase in the number of products available from grooming brands.

I had the chance to talk to Brian Mulreany the CEO of Glasgow-based Executive Shaving, and ask a few questions about his company, the growth of the shaving club and any grooming tips he may have for you men out there. Brian's interest in wet shaving first came around when he was gifted a Merkur shaving set over 20 years ago. In 2008 he found himself running a Health Insurance Broker business which was successfully bought out by AXA Insurance. From there he spotted an opportunity to purchase what is now solely his business, Executive Shaving. He has built the business up to become one of Europe's leading online retailers in shaving and grooming products for men. They sell some of the top brands in the world including British labels Taylor of Bond Street and Truefitt & Hill, as well as international products such as Portugal's Musgo and Germany's Muhle. Alongside these sits Brian's own label which aims to provide a high-quality product at a more affordable price. On their website they also offer a huge amount of advice for men about which products to use and which ones to avoid. There is a descriptive blog as well as various Youtube videos showing you how to achieve the best shave, whether you are a beginner or more advanced. 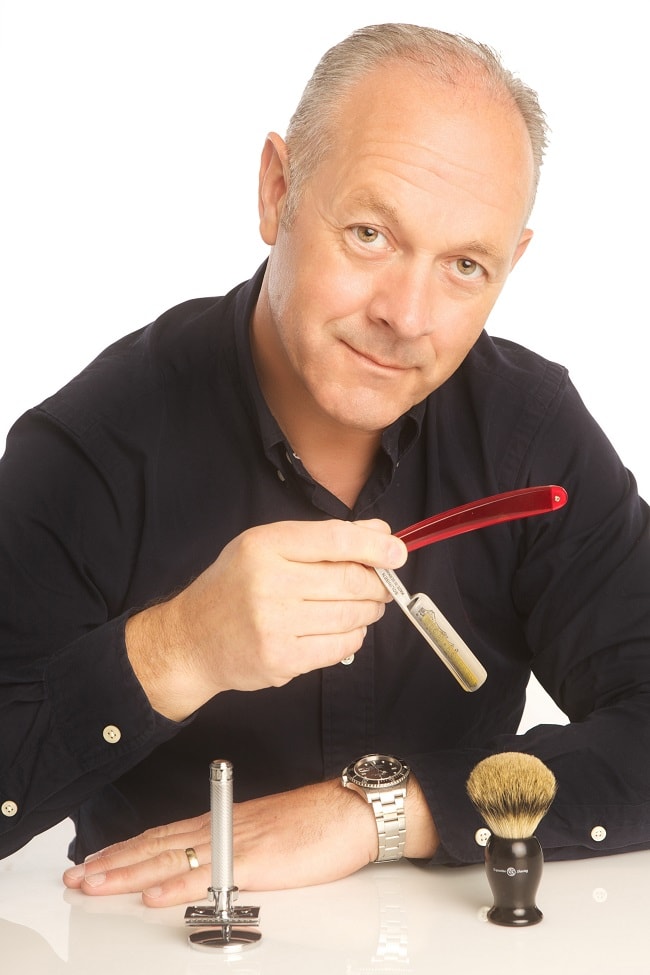 Could you briefly explain what drew you to the world of men's shaving and hence setting up your business?

“I owned an online health insurance brokerage, we shared web developers with Executive Shaving and I heard a whisper that the then owner of was thinking about selling the business. At the same time, out of the blue, AXA the French insurer made me an offer for my business just before the financial crisis in 2008. So, I sold my business and bought Executive Shaving.”

Who, in your opinion, are the best, well-groomed men in the world?

“The late David Bowie always looked amazing, it didn’t matter if he was in casual or formal mode, he always got it right. Daniel Craig and Brad Pitt are also to be admired. David Beckham? Not for me, he tries too hard.”

Do you think men's grooming habits/routines vary across Europe?

“Maybe at one time it was the case that the Italians, French and Spanish were better groomed than say the British, German and Scandinavian men but the gap has closed considerably. These days men are better groomed and better dressed than ever before no matter where they live.” 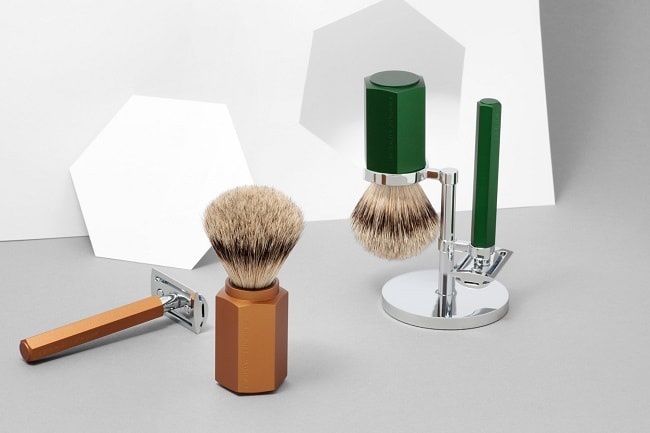 Who would you say is your target audience?

“Back in 2008-2010, I would say men age 40 plus, however in recent years this has changed to men aged 20 upwards. We have regular buyers in the early 20s up to men in their 80s. Younger men are driving sales of traditional safety razors and shaving brushes.”

How have you seen men's grooming change over the last 5 years?

“Yes, I think the beard boom has peaked, so too has the stubble look. Also men are now more aware of the importance of moisturising their face and neck not only after shaving but after exposure to sunshine and before going to bed. Smarter short hair styles are also back in fashion and men are buying pomades and hair creams to maintain their look.”

Why do you think men are returning to the traditional wet shave, rather than the modern razor?

“I think men are seeing through Gillette’s marketing, first it was one blade you needed, then you needed a two-bladed razor, then three blades, then four, then five and now it has to pivot on a vibrating Flexball, really!? The only way Gillette and others can make money is by selling you replacement blades, why would they make long lasting blades? No multi blade cartridge razor can shave as closely as a safety razor. Additionally, a safety razor is far kinder to the skin than a multi blade cartridge razor. Men who use a safety razor report less post shave skin irritation, razor bumps and ingrown hairs. Finally, the financial aspect; men are questioning the price of a replacement cartridge blade. You will typically pay £3.00 for a Gillette Fusion blade that will be good for around four shaves. A safety razor blade costs around 35 pence and it too is good for around four close and comfortable shaves.” 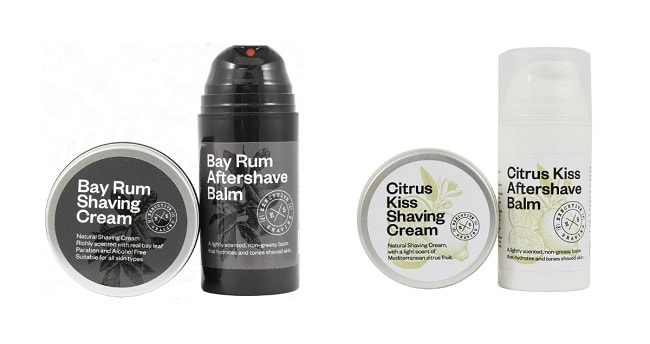 Why do you think there has been such a boom in the number of men's shaving salons in cities like London?

“London? I see shaving salons everywhere. This year I have visited Dubai, Dublin, Marbella and Sicily and I saw high quality barber shops in each of these locations. There must be six barber shops offering a wet shave within a 10-minute walk from my home in Glasgow. High Street wet shaving is indeed popular but I wonder how many men are put off wet shaving after a shave in one of these barber shops? The boom can be put down to enterprising barbers looking to add an additional income stream.”

“Our Pre-Shave Oil and Natural Shaving Cream combination. Both are all-natural and get great reviews.”

Which of your products do you use in your shaving routine?

“All of them. Right now I’m using our recently launched Citrus Kiss Shaving Cream and Aftershave Balm, the balm can also be used as a daily moisturiser, I use it in the morning after shaving and when I get home from work I wash my face and apply some more. I am also using our Big Jock Synthetic Shaving Brush, I much prefer a synthetic brush compared to a badger hair brush and really love Castle Forbes men’s fragrances.” 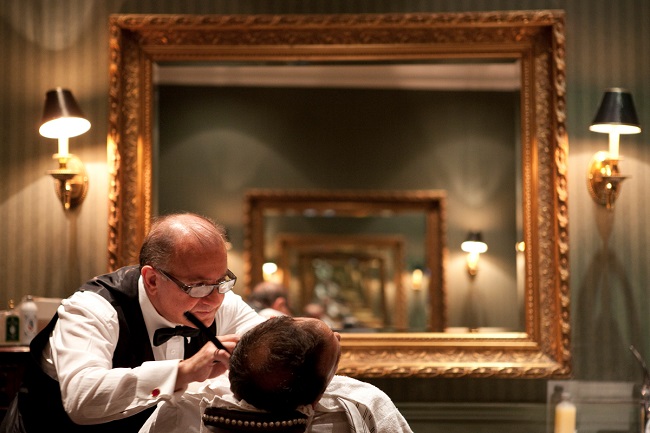 How do you manage competing with mainstream shaving brands you find in high street retail stores?

“We don’t offer the stuff you find in the High Street, so we don’t compete with these shops. We specialise in supplying high quality, often artisan made shaving creams, soaps, balms, razors and shaving brushes from Great Britain, Europe, America and Canada. Comparing what we offer to what the High Street offers is like comparing a Ferrari to a 1970s Lada.”

What are your top 3 tips for achieving the best wet shave?

“Use a safety razor with a sharp blade, the sharper the better. Use a quality shaving cream or shaving soap to protect the skin while you shave, and always moisturise your face and neck after shaving.”

A Man’s Guide to Slope-Side Dressing

Why the Half-Zip is Getting a Second Glance in Menswear

Is There Any More Innovation Left in Streetwear?

Why You Should Be Wearing Wool This Winter